Now in its third year, Art15 at London’s Olympia has been billed as the most global of all fairs, where galleries from 40 countries showed the work of more than 150 artists. This year, it was under the new directorship of Kate Bryan, who formerly ran the Cat Street Gallery in Hong Kong and Fine Art Society Contemporary in London. A tighter curatorial control was in place than previously and there was an informative series of talks and panel discussions.

A high point of the fair was the show Freedom Audit, curated by Kathleen Soriano, independent curator and former director of exhibitions at the Royal Academy of Arts. Freedom Audit is a response to recent world events that have challenged our perceptions of freedom and led to a questioning of the boundaries of tolerance and taste, and of personal and political rights. It seeks to interrogate the artist’s role and the manner in which artists in different cultures navigate the manifold boundaries of sexual and political freedoms, and freedom of speech. Included are works by 14 artists, mostly female, from countries around the world, including Tibet, Denmark, Spain, the US, Panama, Bosnia and Herzegovina, Indonesia, China, Hong Kong, South Korea and Vietnam. It is fitting that, in the year that celebrates the 800th anniversary of the Magna Carta, the great symbol of liberty and law, and following the attack on the offices and staff of Charlie Hebdo, that an exhibition to reinforce the potential for art to define societal issues, with poignancy and originality, has been staged.

One of Art15’s draws was the excellent programme of talks, with a range of speakers from all over the world. The Importance of Women Artists in the Market Place: Perspectives from Institutions, Galleries and Artists was organised by the indefatigable Marjorie Martay from New York, founder of ArtW, an advocacy organisation committed to promoting women artists by means of advocacy, curation and education. Meeting Martay and absorbing her enthusiasm was, I thought, what art fairs are really all about. Indeed, the sum of individual encounters and the exchange of ideas will certainly precipitate a great many new activities, exhibitions and publications. Although these may not be formally attributed to the few days in London, one hopes that the organisers and the galleries that took part realise the importance of their efforts.

When I spoke to Bryan about Art15, she said: “It is a truly global art fair. We are proud to be facilitating a non-western-centric platform that celebrates art from every corner of the globe. The art world has never been so diverse and this fair aims to be forward thinking, to seek out new territories and present new artists, ideas and programmes. Art16 will see us further develop our global reach by welcoming new galleries with robust curatorial programmes and introducing them to a sophisticated and curious mix of international collectors and art lovers.”

The Cynthia Reeves Gallery from New York featured two projects that explored issues of identity and the loss of identity, with works by New York artist Anita Glesta and Dawn Black. I was impressed by Glesta’s three-panel video project, Spin, which evolved from intensely personal claustrophobic experiences and those quotidian repeated actions that link individuals to the mass of humanity. Revolving doors are used as a metaphor for urban life: figures pass through and become transparent, ephemeral and ghostlike. The artist was candid in her enthusiasm for London, which she now believes has greater gravitas, culturally and artistically, than New York. She describes Spin: “The revolving door is used to observe how people respond to counterintuitive directions and their often mindless behaviour. I speed the video up and slow it down and, through the interrogation of the repeated action, am able to explore the interior and exterior nature of human identity. The imposing of nude figures is a way of representing our essence, which most people, sadly, do not think about. Repeated actions and experiences serve to highlight the mindlessness of the human condition.”

The fair specifically seeks to continue to explore new scenes within the ever-burgeoning Asian market. In response to an increased presence from Taiwanese collectors, nine galleries from Taiwan took part this year. The work of a number of Chinese artists stood out. Traditional ink painting has been transformed in recent years, by artists such as Zhang Jianjun, who rejected political pop and cynical realism of the 1980s and 90s, believing it to be an inadequate style to denote or represent the cultural and political transformation of Chinese culture; his arresting and profound work is represented at Art15, by the Da Xiang Art Space, Taiwan. Given the strict regulations imposed on artists and poets under the communist regime, to work in the socialist-realist style, a reinvigorated ink-and-wash painting work was considered to be radical. It is a great opportunity now to see this important work in the UK.

Having worked closely with artists and poets in China for the exhibition and book Moving Beyond Contemporary Painting in China (Edinburgh Festival, 2013), I was excited also to see work at Da Xiang Art Space by Zhang Yu. Two paintings were shown from his much larger project Self-Cultivation: Fingerprints, works that evolved between 1991 and 2011. Zhang Yu: Inking, at this year’s 56th Venice Biennale, revealed the all-embracing implication of ink-and-wash painting as a ritual that penetrates every aspect of life for the artist in China. Zhang uses the materials to blend performance, object, time and space together in one entity. Far from being limited to the works themselves, Zhang’s art practice extends to the possibilities in 21st century China of defining a culture replete with contemporary value. Like Xu Longsen and Xu Bing, both groundbreaking artists, Zhang seeks to make art that poses manifold questions about the paradigm shift in contemporary Chinese art, about its renewal and its boundaries, by transcending likeness and abstraction, as we understand it.

The importance of a European presence to artists from Australia has been key to their success at home since the 19th-century. This year, Fehily Contemporary from Melbourne presented a solo exhibition of Kate Shaw – Lucid Dreaming. Landscapes are created as saccharine, candy-like paintings that refer to the toxic effect of artificial substances on organic forms, thus effecting an environmental warning. Her technique involves pouring acrylic paint in a marbled effect and lifting the dry paint and using a collage technique to create unnerving images of unconscious association. The completed image is then sealed with a layer of resin, ironic in its uncanny ability to create a digital finish, further comment on the role of the artist in signalling messages to the world with great urgency.

It is difficult to limit one’s response to such a wide range of work at Art15, but among the best exhibits included those from Tezukayama Gallery from Japan that presented a number of beautiful paintings and drawings of historic importance, by Atsuko Tanaka (1932-2005), a central figure of the avant-garde Gutai movement and also its youngest member, joining in 1955. Galerie Grand Siècle, Taipei showed the work of the brilliant and amusing animation artist Chang Teng-Yuan; of particular note were pieces from Bystander Mechanism that illustrate the process, thousands of years after the end of the world, when a group of parrot men land from the depths of the universe to attempt to discover what led to its destruction. As well as their role as archaeologists, the parrot men also intend to rebuild Earth. It is a fantastic and original comment on human relations to the environment and the Earth before doomsday, and the images are terrific.

Upfor Gallery from Portland, Oregan specialises in contemporary art with an emphasis on new and digital media. Brenna Murphy’s work, Garland Terraform3, 2014, using Plexiglas, digital print, MDF and paint, employs intricate patterns and repetition to collapse the digital and the organic in her challenging and accomplished work.

Art15 continues its commitment to providing young galleries with a strong platform in London with the Emerge and London First sections. Spanning 19 countries, each section presents 14 exhibitors offering a truly global view of the emerging international gallery scene. Jonathan Watkins, director of Ikon Gallery in Birmingham and an ambassador for emerging artists, is the curatorial adviser for Emerge. I asked him how Art15 was different from other fairs and what its role was within the global platform of fairs and biennales: “Art15 was quite distinct in the way it foregrounded artists and gallerists, from all over the world, in the process of establishing themselves. It was good to see the Emerge section at the entrance to the fair, almost insisting that visitors sample unfamiliar artwork.”

Although attendances were down on last year, Art15 was a thoroughly enjoyable event, and I look forward to seeing the manner in which it develops in the future. 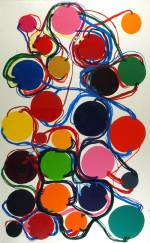 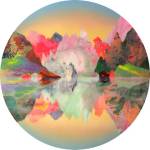 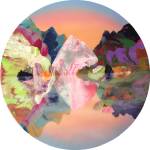