These days we take for granted the irony of using destruction as part of art, employed by movements such as the Vorticists, the Futurists and the Surrealists, and modern artists such as Banksy and Damien Hirst. To make art that deconstructs conventional ideas, or to attack symbols from the history of art for the purpose of entertainment or progression, is rather commonplace, in fact – the binary of “creation” and “destruction” often entwined in a statement or spectacle of modern art.

This kind of “iconoclasm”, though, is a relatively new development, and its roots are in that word’s original meaning, “to break an image”. Rather than referring to harmless thought provocation and interesting new ideas, iconoclasm originally meant an act that threatened not only the artwork to which it was directed, but generally the state or the church, also.

In Art Under Attack at Tate Britain, curated by Tabitha Barber and Dr Stacy Boldrick, we learn about the long history of the phenomenon of politics and art, and how it paved the way for modern art that reclaimed the performance of destroying beautiful creations, to reaffirm the place of art in society, as potentially political and iconoclastic itself, rather than a target for political violence.

Spanning nine rooms, the exhibition first of alldelves into the state-sponsored destruction of fine art during the Protestant Reformation, where paintings were replaced by words from the Bible. When Henry VIII broke with the Roman Catholic church (in order to divorce the first of his many wives), conflict was heightened between the Catholics and Protestants in the UK, as elsewhere in Europe, and provoked destruction of images connected to the worship of the Pope and Saint Thomas Becket, as well as monasteries and Catholic churches. The destruction was also financially motivated: the transference of wealth from the monasteries to the monarchy explains the focus on taking stained glass windows, gold and other materials used to create cathedrals and decorate worship.

Puritan iconoclasm of the 16th century followed, targeting “monuments of superstition and idolatry” and sanctioning the “utter demolishing” of representations of crucifixes, angels, the Virgin Mary and the Saints. Intending to rid the UK of images that might inspire worship of the material, and the worldly beauty of fine art, rather than God, the Puritans banned all images, as well as theatre and most pleasure. In so doing, the Protestant Reformers destroyed thousands of medieval artworks and cultural heritage, and rid the world, temporarily, of colour found in pigment, stones or stained glass. The offensive against fine art and representations of God continued for some time, becoming state-sanctioned, highly organised and popularly embraced by the Puritan reformers. Extremist Royalists also joined in, and fought a “war of images” with the popular press and any politicians they saw as undermining the divine rights of the monarchy.

By this point in the exhibition, a little over halfway through, the sense of oppression and cultural loss from the Reformation is huge, and the change of focus to revolutionary rather than state-sponsored political violence is refreshing, even if the show consists now of abused and broken statues of European royalty. Fallen princesses take the blow of political struggle – noses, arms and heads are missing, which is about as far as the Revolutionary spirit in Europe at the time washed into English land. The remaining fragments of statues are victory shots of political battles publicised, if not won.

In the sixth room of the exhibition, iconoclasm is brought into the 20th century, and the case of the Suffragettes is looked into more closely, given their particular attachment to the use of “propaganda of the deed” to draw attention to the cause of women’s rights, a tactic that Neville Bolt explains in his book The Violent Image: Insurgent Propaganda and the New Revolutionaries: “Propaganda of the deed is akin to political marketing in the way it employs techniques of resonance and symbolic association with different constituencies; it resembles state-level strategic communications in the way it speaks to governments and their populations.”

This brings us up to date, without making the connection in much depth, with contemporary political violence and an evolved use of propaganda of the deed. One down point in an otherwise fascinating exhibition is that it doesn’t go into the modern equivalents of iconoclasm in more depth; surely there is much more to be said about the Troubles, in which symbolic attacks were extremely significant in the war over legitimacy and power of the British state over those in Ireland asserting their independence. Modern terrorism, more generally, uses iconoclasm in an ever more sophisticated and intelligent manner, exploiting the UK and US’s appetite for media, news and dramatic imagery. The war of images continues and has moved beyond breaking statues.

But instead of going down this route, the focus turns to art’s use of iconoclasm – that is, the reclaiming, one might term it, of political violence and provocation by artists. In the last room of the exhibition, we find innovation in art that is iconoclastic in the sense of taking images from the history of art (and elsewhere) and reusing them – or “reframing” them, as Judith Butler would call it. In her book Frames of War: When is Life Grievable? she says: “The conditions are set for astonishment, outrage, revulsion, admiration and discovery, depending on how the content is framed by shifting time and place. The movement of the image or the text outside of confinement is a kind of ‘breaking out’.”

Postmodernism, then, is a kind of iconoclasm in itself – not only in the flattering sense of being new and fresh – but also in the sense that postmodernist artists dismantle the original meanings of famous works of art of the past in order to create new meaning. They destroy, to create. And so iconoclasm has turned inwards; the outer world is no longer (in the western world, most of the time) a violent threat to fine art and symbolic statues. Instead the “threat” comes from artists themselves, who have reappropriated the destruction of art to renew meanings, subjects and images. Art Under Attack is not only a history lesson in political violence and religious art deemed sacrilegious. It is also an education in modern art, and a chance to step back and consider the meaning of art that destroys as it creates. 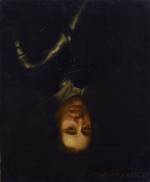 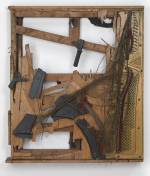 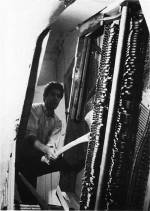 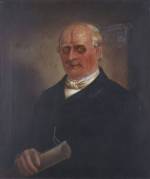