On a single floor of Tate Liverpool, 200 years of art influenced by the left is exhibited: a big idea in a small space. And rather than take a Marxist or socialist approach to curating the show, the organisers seem to have gone with a more anarchist approach.

From the Guerrilla Girls’ posters to Jeremy Deller and Alan Kane’s touring art show, Folk Archive, and from Bauhaus democratising pleasure to Jacques-Louis David’s painting of the stabbed French Revolutionary leader Marat, the exhibition is certainly an excellent opportunity for those with prior knowledge of political art or of some of the individually brilliant works on show. But anyone seeking to understand, in any depth or with any coherence, how values changed making art is likely to be confused, instead of enlightened as the show’s title would suggest.

Art Turning Left says little of substance about how art has changed, as there is no wider reference or intellectual discussion about how leftwing values contributed to art practice. Instead, it seems to exhibit token “protest art” alongside aesthetic ideas about giving artistic pleasure and access to the masses, which, although “left” in some respects, are extremely diverse ideas and approaches. There is no engagement with politics, or the context of the works, to explain their relevance and significance, and perhaps their connection to one another. This is almost certainly because the subject is too big, and the works, though exhibited thematically, are too diverse and unrelated to make sense of.

Put another way, imagine an exhibition entitled Art Turning Conservative: it would be impossible to conceive of an exhibition that would cover the decadence of the 19th century alongside portraits of the royals and aristocrats, Nazi propaganda, the whole Renaissance, most medieval art and even the self-confessed Thatcherite Tracey Emin. Conservative art would be a much bigger sample, but even leftist art is far too big and diverse to include in one room. Not even the whole of Tate Liverpool, or all the Tates in the UK, could not contain it or explore it with enough breadth and depth. The problem, in a sense, is assuming that leftist art is a minority or niche, even if many works in the history of art have been, in some respects, Conservative.

Socialist British art might be niche enough to warrant a focused, in-depth exhibition, but the whole left wing is not. On that note, what of Communist art from the USSR? What about modern Chinese art created under Mao? What of Latin American leftwing art? What of all the activist art from the 1950s, criticised and censored by McCarthy? What of the protest activism of 1960s and 70s America? Were these artists not influenced by the left? And what of political art from the same period in South Africa, Ireland, Germany and Australia? Or the Russian Revolution? What of all the other instances of revolutionary, or made-during-revolution artwork? Of course, it would be nearly impossible to exhibit a representative and substantial exhibition that truly taught us about “art turning left”, and that is the problem: this exhibition sets out to do the impossible. Its ideals are too great to be turned into a reality that makes sense. It is frustrating, really, that the exhibition manages to embody the simplistic criticisms so often thrown at the left – and that is perhaps because it uses a term that is so vague and wide-ranging that it ends up referring to nothing in particular.

Another problem with the show is the assumption that these artworks are influenced by the left, rather than by other factors such as libertarianism (the Guerrilla Girls could be considered libertarian, which is far removed from Communism or socialism, usually), globalisation, urbanisation, fashion, or reacting to the right wing (not necessarily being left, but just apolitical or anarchic). Then there is the problem of capitalism: this exhibition is situated in a capitalist society, and many of the works were created in that context, even as left ideals may have been in effect too. These works are bought and sold within the capitalist structure, and have a price tag – they have not left the capitalist art world, and so it is doubtful how influential leftwing politics have been on art, compared to any other ideology. An artist may profess to be leftwing, but the practice of making art is naturally individualistic. Even the most collective art groups are working within a structure that rates them in terms of monetary value and public image. Even if art is, or wants to be, left, there is a responsibility to acknowledge the many other layers of influence, ideology and input. In not properly defining left, the exhibition has inevitably opened itself up to the criticism of inconsistency.

There is no doubt that leftwing ideals have influenced some artists, a few of whom are shown in this room. But lumping them into a single room with little explanation about how they were influenced leaves us no more enlightened than before we entered the exhibition.

As in a badly organised (if extremely good-looking) protest, there is no central aim, no clear, collective characteristics, no direction, and no serious understanding of politics. This is unfortunate because many of the works are valuable and exceptional as individual artworks, but this brilliance is often obscured or cheapened by being shown in a crowded room. People may have power simply in congregating in a square; but artworks require more organisation.

One positive aspect of the Art Turning Left, however, is the great range of talks, events and educational initiatives that have been organised in parallel. If this show is anything, it is a starting point in a conversation, and there is certainly enough inspiring work there to fire up those who attend. The exhibition itself does not provide any answers, but it does provoke questions, and it has the structured education programme to go with it. And that is where Art Turning Left saves itself: through education, discussion and, at the very least, a means of attracting like-minded people into one space. It is tempting to think that such a small space has been chosen so that the visitors may spill on to the streets. 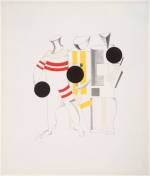 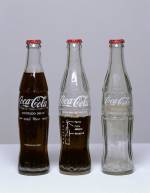 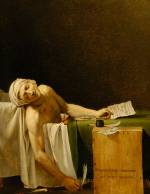