Su talks about the new age group that tried to levitate the Pentagon, a story that informed her show at Venice, and says a lot of her work is about the interior of the body and physical transformation

Angela Su (b1958, Hong Kong) studied biochemistry in Canada before turning to the world of art. And it is an alchemical mixture that she has conjured for her Arise: Hong Kong in Venice presentation. Her practice is centred around deep research into contemporary science as well as science fiction, and she has said: “Science, the history of science, the impact of technology and the transformative body are the recurring themes in my work.” Her practice is broad-ranging, including video, performance, drawings, hair-embroidery and installations. 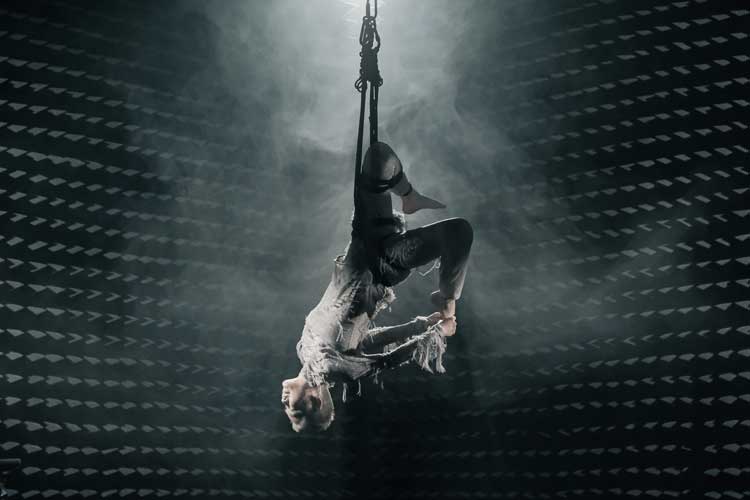 Photo of performance for The Magnificent Levitation Act of Lauren O, 2022 by Angela Su. Commissioned by M+, Hong Kong. Photo: Ka Lam, courtesy of the artist.

For Venice, she has used almost all these media, in a layered, multi-room presentation, the centrepiece of which is her pseudo-documentary titled The Magnificent Levitation Act of Lauren O. In this interview for Studio International, she explains that it was inspired by her reading about the history of protests, and the discovery of an unlikely but true story. In the 1970s, members of a charismatic new-age movement, based at Esalen in California, tried to use the power of their minds to levitate the Pentagon as a form of anti-war protest (in Su’s film, it seems the US military get their soldiers to train with this community, to gain greater mental powers). The central, fictional character in the film, Lauren O, was inspired by Lauren Olamina, the main character in Octavia Butler’s book Parable of the Sower, who learns to fly in her dreams. All the other elements in the show are, in some form or other, exploring the “psychological preparation for levitation”. 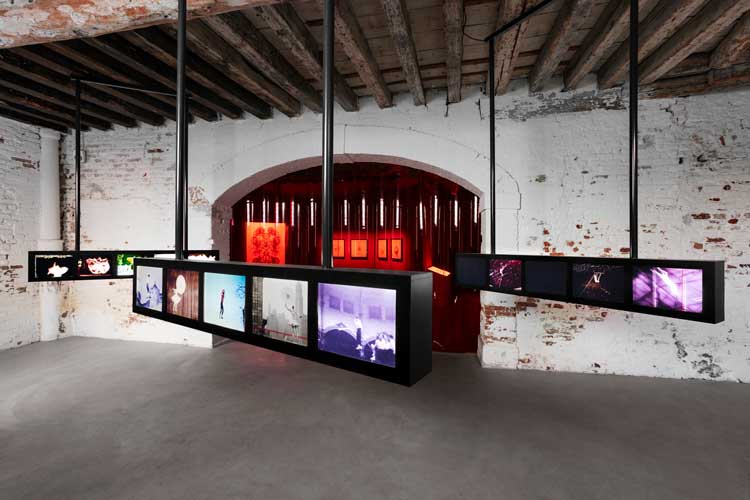 In the introductory room, 15 small video screens suspended from the ceiling show us a multitude of dancers, gymnasts and circus acts performing. Su says: “For a tightrope walker, it’s a constant balancing act to guess what’s safe and what’s dangerous.” She calls this video collage Tiptoeing the Kármán Line – after the line that notionally separates the Earth’s atmosphere from outer space. In the second room, she offers us some of her trademark hair embroidery, and some finely wrought drawings of fantastical anatomical interior landscapes, as well as a video where Su herself plays a “risk” game, wielding a pair of sharp scissors with one hand as they dance around the other hand, dangerously close – and sometimes too close. “A lot of the work is about the interior of the body, physical transformation. Pain is also about risk-taking and you have to prepare your body mentally for that kind of process of transformation,” she tells us.

Beyond that room is her Lauren O “documentary”, which she describes as 90% fact and 10% fiction. It clearly speaks to the multiple oppressive regimes and invasions around the world today, and the various forms of resistance they have triggered. She says: “History repeats itself and I see a lot of similarities. I like to dig up forgotten histories like Esalen, and I learned a lot from the process.” 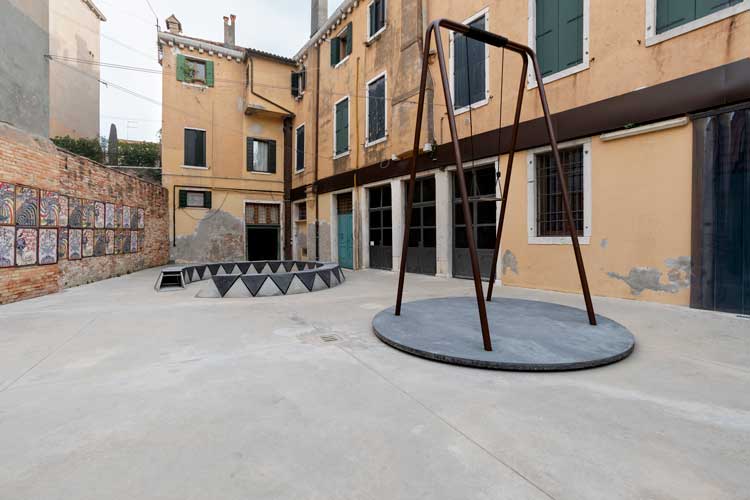 The presentation concludes inside with a large glitterball and then culminates, outside, with some concrete structures for gathering or performing, based on circus arts.

This Venice Biennale presentation was curated by guest curator Freya Chou in collaboration with the consulting curator Ying Kwok, and co-presented by the publicly funded M+ Museum and the Hong Kong Arts Development Council.

As referenced in this interview, Su has close connections with Finland, and has brought to Venice some of the artist friends and collaborators from her 2021 participation in So Long, Thanks Again for the Fish, at Levyhalli, Suomenlinna, Helsinki. In 2020, her work featured in 100 Drawings from Now, at the Drawing Center, New York, and Meditations in an Emergency at the Ullens Center for Contemporary Art, Beijing. In 2019, Su presented Contagious Cities: Far Away, Too Close at Tai Kwun, Hong Kong, a piece commissioned by Wellcome Trust; showed Woven at Focus at Frieze London; and The Afterlife of Rosy Leavers at the Artists’ Film International at the Whitechapel Gallery, London. In 2017, she participated in Pro(s)thesis at the Academy of Fine Arts, Vienna.