Alfredo Jaar – interview: ‘You can talk about violence without humiliating the victim’

Alfredo Jaar – interview: ‘You can talk about violence without humiliating the victim’

As his seminal Rwanda Project is revived at London’s Goodman Gallery, the Chilean artist and architect speaks on inculcating empathy, the difficulty of representing real-world tragedy and the malaise of the contemporary media 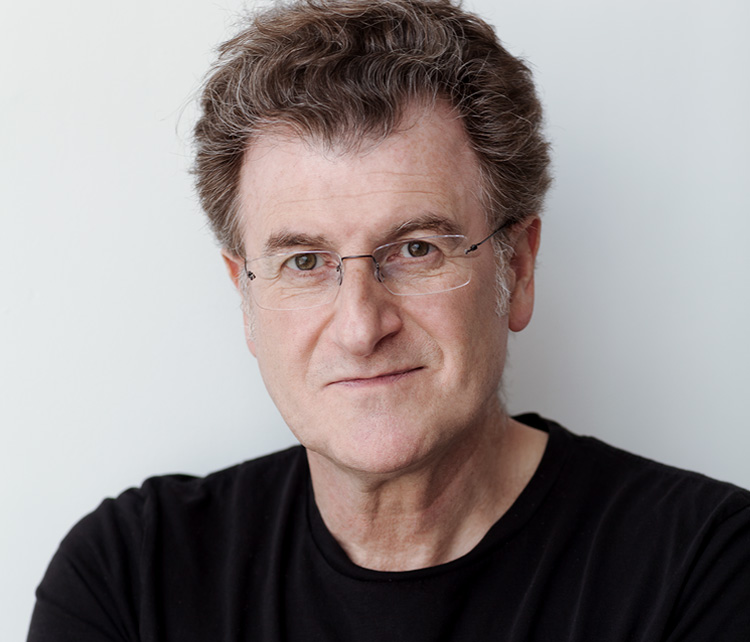 On 7 April 1994, the government of Rwanda, composed of members of the Hutu ethnicity, commenced the systematic murder of the country’s Tutsi and Twa groups, as well of moderate Hutu leaders. One million people were killed over the subsequent three months, and up to 500,000 fell victim to sexual violence. The UN turned a blind eye, despite evidence from its own peacekeeping forces in the country. The US president, Bill Clinton, consciously avoided using the phrase “genocide” – which would necessitate intervention – until the tragedy was complete.

While the world shied away, the Chilean artist, architect and educator Alfredo Jaar (b1956) took notice. “The attitude of the world,” he says, “was really disgusting, it was horrific. It was criminal indifference.” The majority of the international media were complicit in this nonchalance: it took a month into the genocide for the New York Times to mention it, and then only cursorily. “They mentioned it in the most arbitrary way,” continues Jaar, “and I couldn’t take it. So when I read that I thought: ‘I have to go.’” And so, in July 1994, at the genocide’s close, he travelled to Rwanda with a single assistant. He returned with 3,000 photographs.

“When we came back to New York,” Jaar says, “it took me a while to decide what I should do with this material. I knew what not to do, which was to display these images.” In the genocide’s aftermath, the western press chose to illustrate it using images of brutality. Distressed by the futility of this reportage, Jaar determined to take a more oblique approach. “I thought: ‘I’m going to invent different strategies of representation,’ without really knowing where I was going, or if I was going to be effective.” The resultant Rwanda Project (1994-2000) comprises 25 artworks. To commemorate the 25th anniversary of Jaar’s gargantuan project, the recently opened London branch of Goodman Gallery is exhibiting a selection from the series.

In the intervening years, Jaar’s project has come to be seen as an exemplar of contemporary art’s ability to respond to the political and ethical systems that underpin societies. “All my work is a response to reality, to a human situation, a human context, a human tragedy,” he says. “I have never been able to work purely out of my imagination.” For Jaar, the Rwanda Project also acted as a turning point in his practice. “When I look at my career or my trajectory,” he says, “there’s a before Rwanda and an after Rwanda. I would say, before Rwanda, I used photography in a more liberal way. After Rwanda, I’ve only used photography when it has been of absolute necessity.” 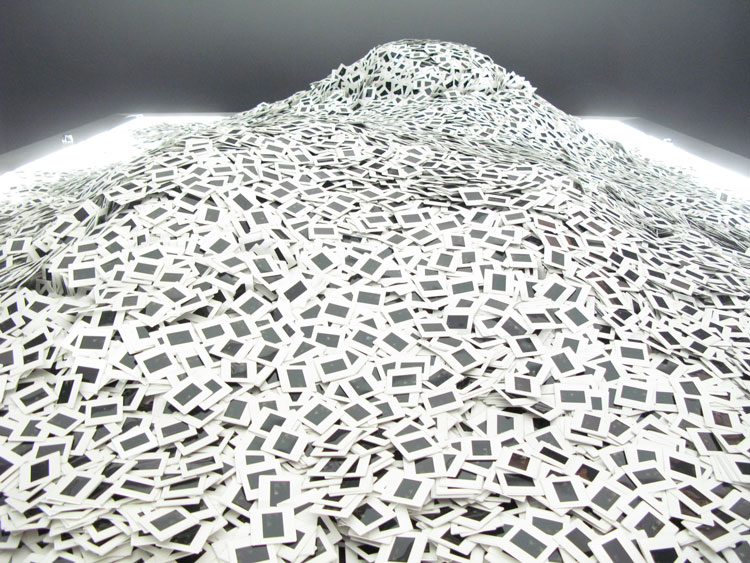 Photography features in many of Jaar’s Rwanda works, but none of them could be described as straightforwardly photographic. “I do not consider myself a photographer,” Jaar continues, “but I have produced a lot of photography as a tool.” The Silence of Nduwayezu (1997), for instance, sees a million minuscule slides, which can be viewed using magnifying glasses, piled up on a light table. Each shows the eyes of Nduwayezu, a child who had witnessed the murder of his parents. The trauma left him unable to speak. “When we think about a genocide in which a million people were killed,” says Jaar, “it doesn’t mean anything. It’s just a number, statistics. A better way to convey the tragedy is to reduce the scale to a single person, with a name, a location, a real story. This is how you achieve empathy.”

Empathy courses through many of Jaar’s works, in part through his avoidance of imagery that aims to shock. Take Embrace (1995), a one-minute video work composed of four still images. The images trace a gradual movement in the postures of two children, viewed from behind, clasping each other by the arms. There is a crowd in the distance witnessing an event, but we are unable to see it. We can only imagine it through the embrace of the image’s subject. “It was a demonstration,” says Jaar, “that there is a way to talk about violence without using violence in the work. You can talk about violence without humiliating the victim.”

Jaar’s resistance to perpetuating barbarity through representation is a recurrent strand through his formally varied oeuvre. The installation The Sound of Silence (2006) explicitly questioned the ethics of representing tragedy, interrogating the South African photojournalist Kevin Carter’s 1993 Pulitzer prize-winning picture of a starving Sudanese child. The Garden of Good and Evil (2017), which was installed permanently at Yorkshire Sculpture Park this year, comprises 10 cage-like sculptures disguised in a verdant landscape; each one mirrors the size of a cell at one of the CIA’s “black site” detention centres. These silent structures thus stand as a reminder of privations endured without re-enacting them. 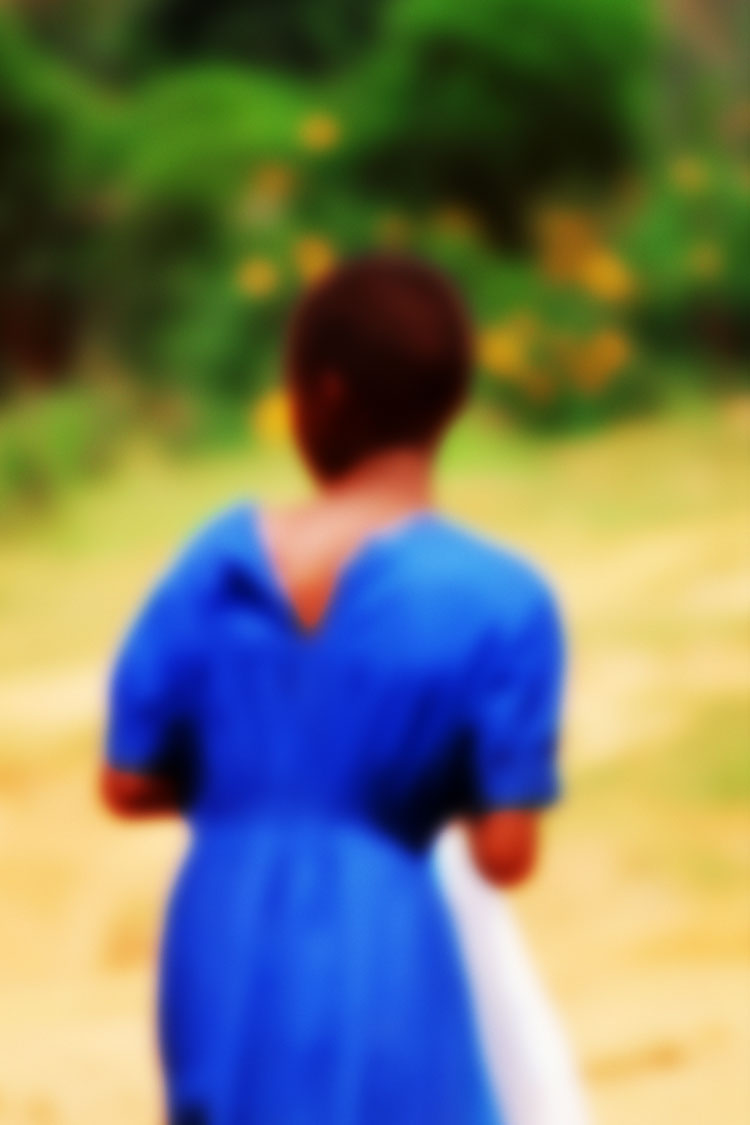 Six Seconds (2000), a photographic image on a lightbox, serves as something of a capstone to the Rwanda Project. It depicts a young girl from behind, blurred and out of focus. A survivor, like Nduwayezu, who had seen her parents murdered before her eyes, she was unwilling to talk to Jaar. He captured her as she walked away. This incident made Jaar confront art’s ability to speak for its subjects. “How do I convey the history of someone else, in a different country, with vastly different experiences,” he asks. “It’s an impossible task. I realised that everything we do as artists is out of focus. So this work is probably the most important of the Rwanda works. It’s like my manifesto, it’s my modus operandi.”

Jaar’s acknowledgement of the limits of pictorial representation relates to his criticism of the way images are used in the media. “The media decontextualises everything,” he says. “You see an image of poverty here, you see another tragedy there. You see a couple of headlines and then see you see advertisements for a vacation for Hawaii. And so these images of pain, of suffering, are drowning in a sea of consumption.” By sharing the same space and medium as more trivial pictures, photographic depictions of suffering lose their effectiveness, and become part of the media churn.

At Goodman Gallery, Untitled (Newsweek) (1994) directly illustrates this errant levelling. It consists of 17 lightboxes, each displaying the cover of Newsweek magazine during the course of the genocide. The first 16 issues offer updates on the OJ Simpson trial, potential expeditions to Mars and the 1994 World Cup, until the final instalment, printed just after the massacre had ended, places it front and centre, with the sensational headline “Hell on Earth”. A magazine intended to keep readers abreast of world affairs shunts the genocide until after the fact – and then presents it as a grand spectacle. 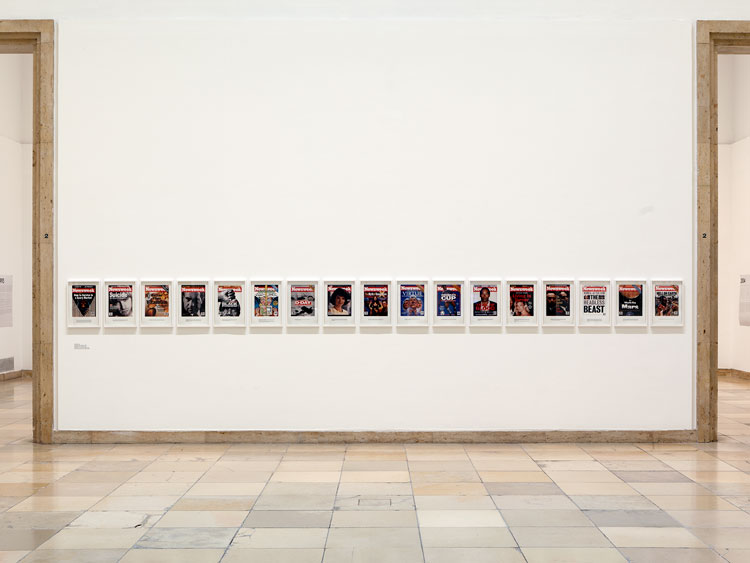 For Jaar, the media’s obsession with spectacle has played a pivotal role in the fractious and debased politics of the present moment. In the US, the election of Donald Trump was fuelled by the excess of coverage. “The media created the monster,” says Jaar. “They were fascinated by this character, this clown. And they started getting an audience boost. So they fed him, and so they created him. And now they’re making the same mistake and he’s going to be re-elected. It’s a tragedy foretold. Everyone knows what’s going to happen. Yet it still happens.”

Jaar is distraught by events in the US since the country’s 2016 election. One area of long-term concern has been the Mexico-US border, the symbolic divide between the United States and so-called “Latin America”, often configured as subaltern to the English-speaking nation above. In 2000, his performance piece The Cloud saw music performed on both sides and balloons released to commemorate those who had lost their lives crossing it. “Today,” says Jaar, “I saw that [over the course of a year] there were 69,000 immigrant children in cages in the United States. Can you imagine? Where are the covers of newspapers and magazines revolting against this?”

It is distressing that, 25 years after Rwanda, the western media is still beholden to the same norms, ignoring human suffering until it can be exploited for gain. In 2019, with trust in politics and press eroded and truth increasingly cast aside, Jaar’s project remains a searing rebuke to the unjust world we have created. 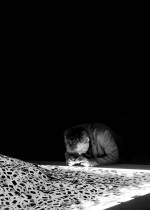 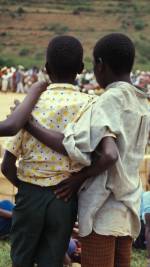