Zoë Buckman: ‘One role of feminism is to address and reframe how we construct masculinity’

Zoë Buckman: ‘One role of feminism is to address and reframe how we construct masculinity’

The London-born, New York-based artist known for incorporating highly personal motifs, such as embroidered underwear, in her work, discusses feminism and the role women play within her art 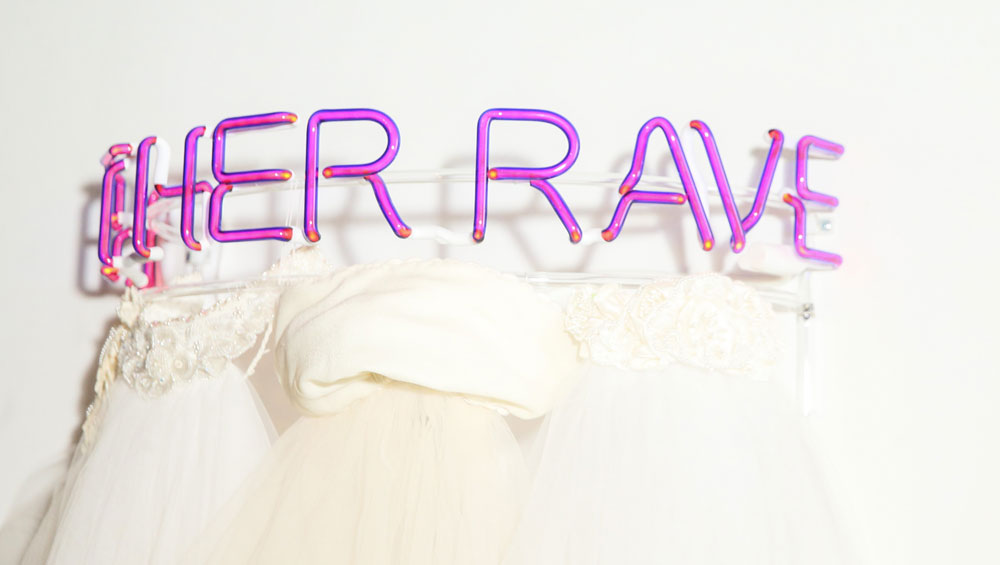 Zoë Buckman (b1985, London) works in a variety of media, including embroidery, installation, photography and sculpture. One of her first major bodies of work, Present Life (2015), used large-scale photographs of flowers and a plastination of her placenta to comment on the temporary nature of life. Then came Every Curve, a series exhibited in 2016, in which she looked at the contradictory and complimentary influence that feminism and hip-hop had on her as she grew up. On to a collection of vintage lingerie she embroidered lyrics from rappers that made reference to women in questionable, often misogynistic, ways. Most recently, in her series Let Her Rave (2017), along with the ongoing project Mostly It’s Just Uncomfortable, Buckman has continued to explore the theme of women’s rights, especially in the context of healthcare. Works from Let Her Rave and It’s Just Uncomfortable are currently on display in The Future is Female, a group exhibition at 21c Cincinnati, Ohio, that examines the legacy of feminist art practices from the 1970s.

Allie Biswas: How did the subject of women come into your work? Was there a specific jumping-off point?

Zoë Buckman: My end-of-year project at art school [the International Center of Photography in New York] was a series that explored the conversations and exchanges women have with each other in public powder rooms. It was really about female solidarity and the public space versus the private. Since then, I’ve been drawn to women’s narratives and experiences within my work. 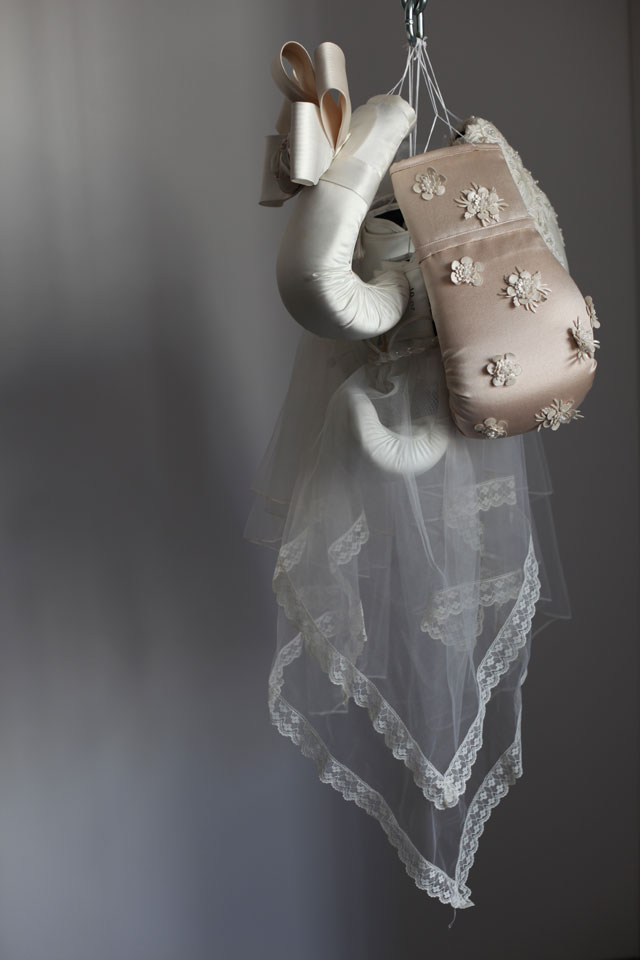 AB: Thinking about your bodies of work, such as Every Curve (2016) and Let Her Rave (2017), which rely on single visual tropes such as female lingerie and the boxing glove, would it be right to say that you aim to work in a series format, where there is a strong visual cohesion between each work?

ZB: I definitely love to work in a series format. I like to spend time on a subject matter and watch it grow and evolve. I aim to push myself and explore within a particular series, sometimes taking it to a place I didn’t initially envision.

AB: Your work from earlier this year, We Hold These Truths to Be Self-Evident, a 30ft mural created with fellow artist Natalie Frank, was not only a comment on public discourse that demeans women – particularly in relation to their bodies and their rights – but also seemed inseparable from the current political climate. I know that you have defined yourself as an activist, and I wonder how you position this role in relation to your role as an artist?

ZB: My goal with my work is to start discussion, to provoke debate and, ultimately, to raise consciousness or challenge the status quo. And so, even though a piece might stem from a deeply personal experience or struggle, I do look for ways to give it universal meaning. I was brought up to use my voice, where possible, for the greater good, and so it’s important for me that my work doesn’t just decorate, but also has something to say.

AB: The exhibition The Future is Female focuses on contemporary female artists who have drawn on the feminist art movement of the 1960s and 70s, which included, among others, Judy Chicago, Martha Rosler and Lynda Benglis. Are female artists now tackling the same issues? It is interesting that, while the personal experiences and identity issues of women are addressed at the exhibition at 21c, a lot of the work on display is also concerned with wider social issues, such as the environment or race.

ZB: That’s what I love about this show. And that’s my hope for feminism, too: that we can be intersectional and expansive, tackling issues at the micro and the macro level. In my opinion, the role of feminism is also to address and reframe how we construct masculinity. 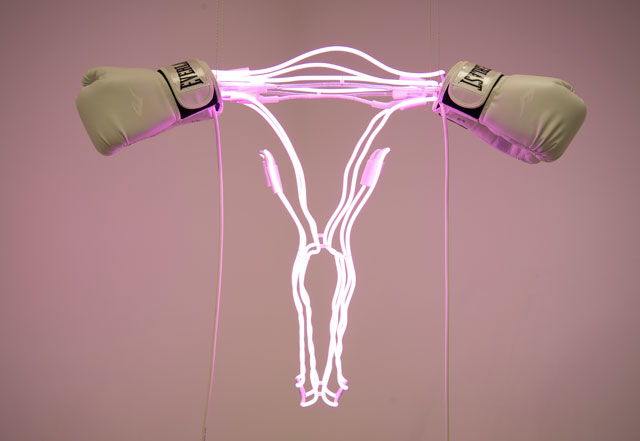 AB: The show includes your works Champ and Ding Ding (both 2016). What did you find compelling about the visual language of boxing?

ZB: I was brought up with three brothers and am very in touch with my masculine side. The environment of the boxing gym compelled me because of the testosterone-heavy world of physical strength and competition. Politically, I was feeling under threat as a woman, and so I needed to spend time learning how to hold my own space. It made sense that I brought the aesthetics of the boxing arena into my studio practice.

AB: Finally, are there any artists in The Future is Female who have been particularly influential on your work? 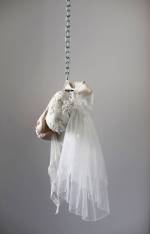 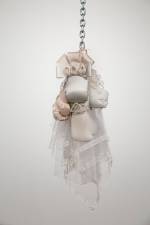