Yto Barrada: ‘This whole project started with the sale of a dinosaur’

Yto Barrada: ‘This whole project started with the sale of a dinosaur’

The artist discusses her hometown of Tangier, palaeontology, her concerns with trade and smuggling, and the difficulties of opening a cinema when you have no previous experience

Yto Barrada, who was born in France in 1971, began her career by focusing on Tangier, using sculpture, photography, film, print and installation. Having studied history and political science at the Sorbonne in Paris, and then photography at the International Centre of Photography in New York, Barrada has incorporated the knowledge gained from these degrees in her work. In 2011, she was awarded Deutsche Bank Artist of the Year, which resulted in her solo exhibition Riffs touring extensively around the world. She has also had work exhibited at Tate Modern and the Whitechapel Gallery in London, the Museum of Modern Art in New York, Haus der Kunst in Munich and Deutsche Guggenheim in Berlin, as well as being featured in the 2007 and 2011 Venice Biennales.

In her current exhibition, Faux Guide at the Pace Gallery in London, Barrada continues her fascination with Morocco, but this time through the lens of natural history, palaeontology and museology. The exhibition is curated to fit the model of a museum space as opposed to a gallery. The show also acts as a physical embodiment of the thinking behind it. The artist is almost playing the role of our personal faux guide, carefully orchestrating her own tale for us, the visitor.

Alexander Glover: How did this project, Faux Guide, come about?

Yto Barrada: It started with the sale of a dinosaur at an auction house in Paris. I read on the label that it came from Morocco. I noticed that, in the materials, it said they were bones and not rocks. They’re rocks, and I’m sure there’s a lot of play around that. After the auction, I delved deeper into this and got incredibly excited because this related to the things I’m interested in with my work: trade, smuggling and the idea of authenticity in Morocco. If you have pieces cast from the original, then it’s OK. But the proportions of real v cast have to be respected. And so the idea of putting different pieces together turned out to be very interesting because it resonates in so many different things. Fake Islamic pottery has the same problem – find two pieces and glue them together: one part is real and one part is fake. I showed fake ones that I commissioned in this show.

AG: Let’s talk about your interest in palaeontology and its relationship with the museum.

YB: If you put a dinosaur in a museum, we don’t know if it’s going to be a hit. Palaeontologists are doing wonderful work, but their collections are not great.  What I’ve learned from the palaeontologists I’ve worked with, even the Moroccan ones, is that you need a good reference collection – one good collection of specimens from your country. Then it’s OK and it’s visible. From here, you can then educate the people. The second thing is trade. The area of the Algeria-Morocco border, the Western Sahara, is rich in dinosaur fossils. There’s a big demand all around the world. When the pieces are taken out, there is no information about where they’re taken. But generally they’re useless for science anyway.

With the fossil industry, you can get a lot of money for real or fake pieces. This is because everybody wants fossils and there is a high demand. This is the centrepiece of the film in the show: the fabrication of pieces by forgers.

AG: Could you talk about your piece Plumber Assemblages, which features throughout the show?

YB: I started collecting the pipes, hoses and showerheads that you see in the show because they’re so beautiful and are something that you see every day in Morocco. A lot of people from Morocco came to see the show and, because these “sculptures” are in a completely different context, they didn’t recognise them at all. When I worked in the cinema in Tangier that I helped to establish more than 10 years ago – I haven’t been there for two years – I used to see this sort of thing from across the street all the time. Moroccan plumbers would build them out of scrap to signify their trade and that they were available to work. They have no other purpose. They’re useless machines, but absolutely beautiful. I bought a few and the people I bought them from told me I could make my own if I went down to the flea market and bought the parts myself. I ended up remaking some of the ones I had bought.

AG: Would you say that they are manipulated found objects?

YB: Yes, that’s one way of looking at it, but I’d have to say that the majority of them are just simply found objects.

AG: Where did you obtain the large stegosaurus that features in the exhibition?

That was also bought. The purchase of it was an example of museums upgrading and getting rid of the old stuff. The National Dinosaur Museum in Canberra, Australia was selling stuff off at a fair. I chose to buy this stegosaurus, which is an important dinosaur in terms of how we view dinosaurs. The stegosaurus is usually presented as the stupidest dinosaur so I wanted to include it as a symbol of unfair representation. Galleries also like big pieces, and my gallery wanted a big piece. I think I delivered.

AG: Is there symbolism in the stegosaurus being presented in a shipping crate?

AG: What is the narrative behind some of the photographs in the show?

YB: The ones of the landscapes, for example, depict the “dinosaur road”, but it’s not called that yet. If you look at tour companies that promote the area, they promise that you can do fossil digging along this route and that you can find a whole host of other treasures.

AG: What is your interpretation of faux guides?

YB: The faux guide used to be someone who would harass you, someone you had to be wary of. Now you have a few days and a maximum amount of things to take home. The faux guides, or the sellers, are more clued-up on what they’re selling (through the internet) and less inclined to sell fake fossils to tourists.

AG: A book entitled A Guide to Fossils for Forgers and Foreigners is being published in conjunction with this exhibition. What does it contain?

YB: It’s a series of short texts related to each other, with 11 sections. It’s essentially a guide on collecting, displaying, forgery and fake signatures. It goes in conjunction with the film about forgers that you can see at the show at Pace. I see the film as the central piece of the show. You’ll recognise the hoarders’ tools and the fossils that are on display in the show.

AG: You are the founding director of Cinémathèque de Tanger – the first cinema cultural centre in north Africa. How did that come about?

YB: It started with a cinema that was closing down and I happened to be totally in love with the building. Tangier is full of cinemas. We had no idea how complicated distribution was, nor how little help we would receive from the government. Tangier was not on the map industrially. This was 10 years ago. There were drug addicts in the area surrounding the cinema. It was a tough place. Young people were constantly trying to leave and I thought it was so tragic that these young people wanted to leave so badly. Since the borders were closed, I thought I would bring world cinema back home. But it seems like a long time ago because so much has changed. We were the first people do that sort of thing in the area and it was really tough. There was no guidebook, you know! Luckily, we had good patrons and people who believed in our idea. Today, there’s much more of a cultural scene throughout Morocco. 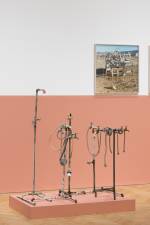 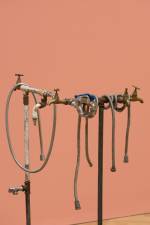 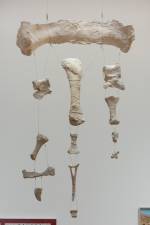 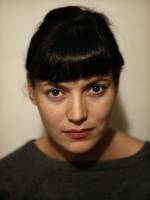