This show explores how Whistler’s work was shaped by the Irish beauty who became his model, muse and lover 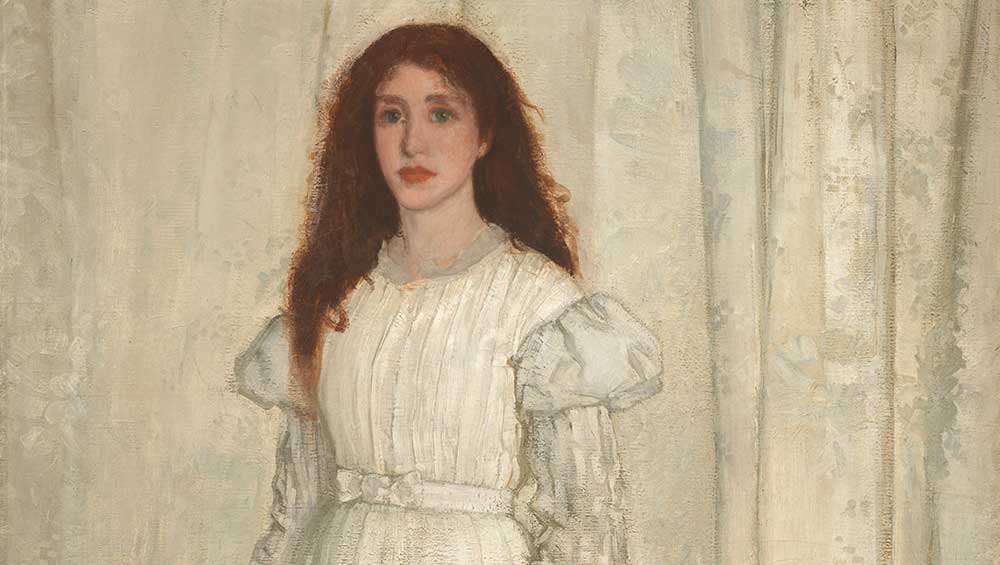 A renewed focus on artist’s models has become something of a trend in recent years, both art historically and curatorially. This exhibition takes up that mantel with its central subject, Joanna Hiffernan, the model, muse and lover of James Abbott McNeill Whistler. She was the daughter of an Irish schoolmaster and his wife, who had moved to London in the 1840s, among many other poor Irish immigrants. Whistler, on the other hand, was born in Lowell, Massachusetts. He left America in 1855, studying art in Paris before moving to London. Whistler and Hiffernan met in 1860 and began a six-year-long relationship the following year. She sat for his best-known portrait of her, The White Girl (1861-63), later renamed Symphony in White, No 1: The White Girl. He submitted the painting to the Royal Academy’s summer exhibition in 1862 and it was rejected, presumably because it was too modern.

The exhibition begins, rather confusingly, with a number of women in white, none of them Hiffernan and none of them painted by Whistler. There is Gustav Klimt’s portrait of Hermine Gallia (1904), John Everett Millais’s The Somnambulist (1871), Andrée Karpelès’s Symphonie en blanc (1908), Fernand Khnopff’s Portrait of Madeleine Mabille (1888) and Albert Herter’s Portrait of Bessie (Miss Elizabeth Newton) (1892). Coming so early in the exhibition, this feels as if it should be context for Whistler’s Symphony in White, but, of course, they are all later works, and, as the wall-text explains, these are more homages to Whistler and his methods than anything else. 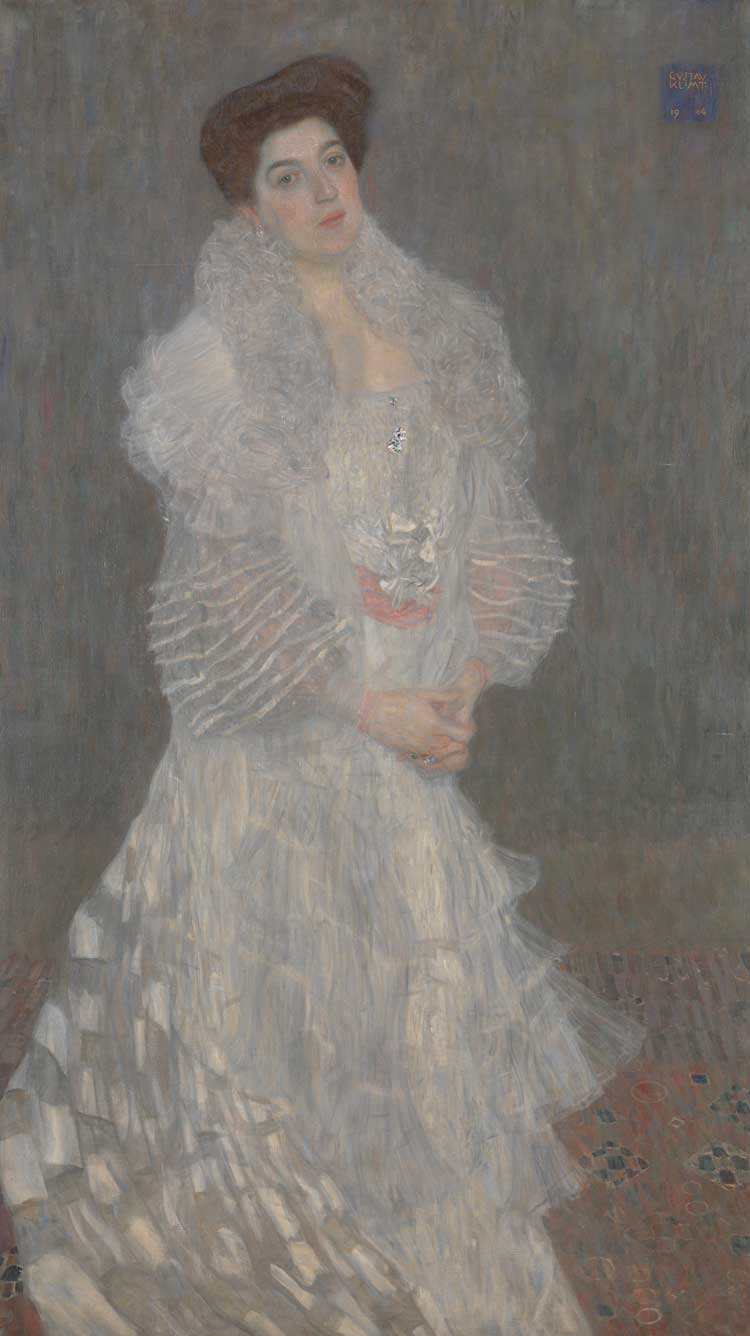 Next comes the story of Whistler, Hiffernan and Gustave Courbet. Hiffernan and Whistler visited Courbet on the Normandy coast in the autumn of 1865. Inevitably, perhaps, both artists painted a number of seascapes at this time, represented here in this exhibition. Perhaps I am being unfair, but their presence detracts somewhat from the focus on Hiffernan. Still, that focus is wrestled back by the authority of Courbet’s portraits of her and we see several iterations of his Portrait of Jo, La Belle Irlandaise. There are several of these hung side by side, and Hiffernan’s generally pale complexion, flushed cheeks and red flowing hair fill the frame in each one. Apparently, Courbet refuse to sell the original, so painted three more for sale. The multiple copies on display here show minor variations and, we are told, the jury is out on which one is the original. I’m not sure I learned anything much about Hiffernan in this part of the exhibition, other than the fact that the two artists clearly enjoyed her company. 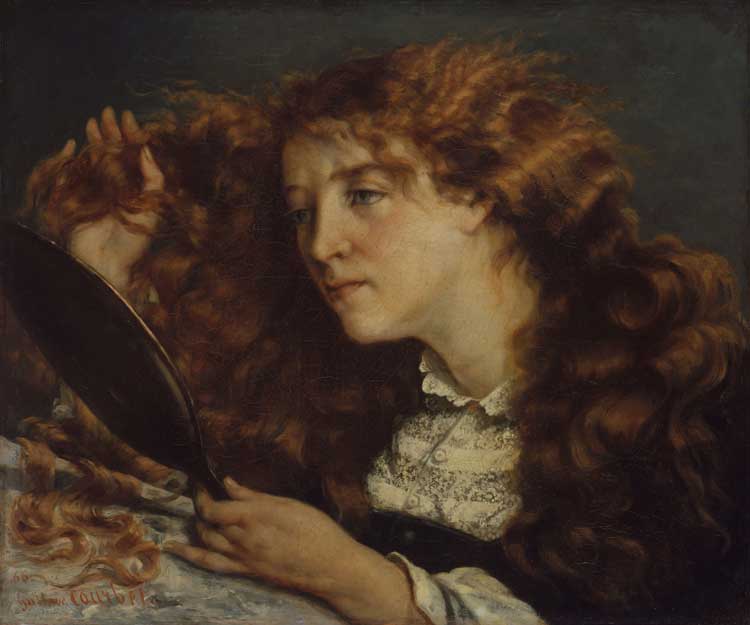 Whistler engaged with Japonisme while living in London with Hiffernan. Although many enthusiasts of East Asian art at this time were undiscerning, Whistler was able to differentiate between Chinese and Japanese objects. He developed a collection of Asian art, much admired by artists and friends, and it is good to see an example of Chinese porcelain originally from that collection on display in this exhibition. These are accompanied by woodblock prints by Hiroshige, impressions of which are known to have been in Whistler’s collection. These appear in paintings such as Caprice in Purple and Gold: The Golden Screen (1864). Interior scenes such as this, and the presence of porcelain and woodblock prints in the gallery really enrich this exhibition, giving a strong sense of the space in which Hiffernan and Whistler lived and worked. Hiffernan appears in japoniste works in brightly coloured robes or kimonos, a counterpoint to the white dresses of Symphony in White and other works. The small drawings in this part of the exhibition, such as Study of a Draped Woman (1865/68) and Draped Figure Seated, Holding a Fan (1865/68), are particularly affective. 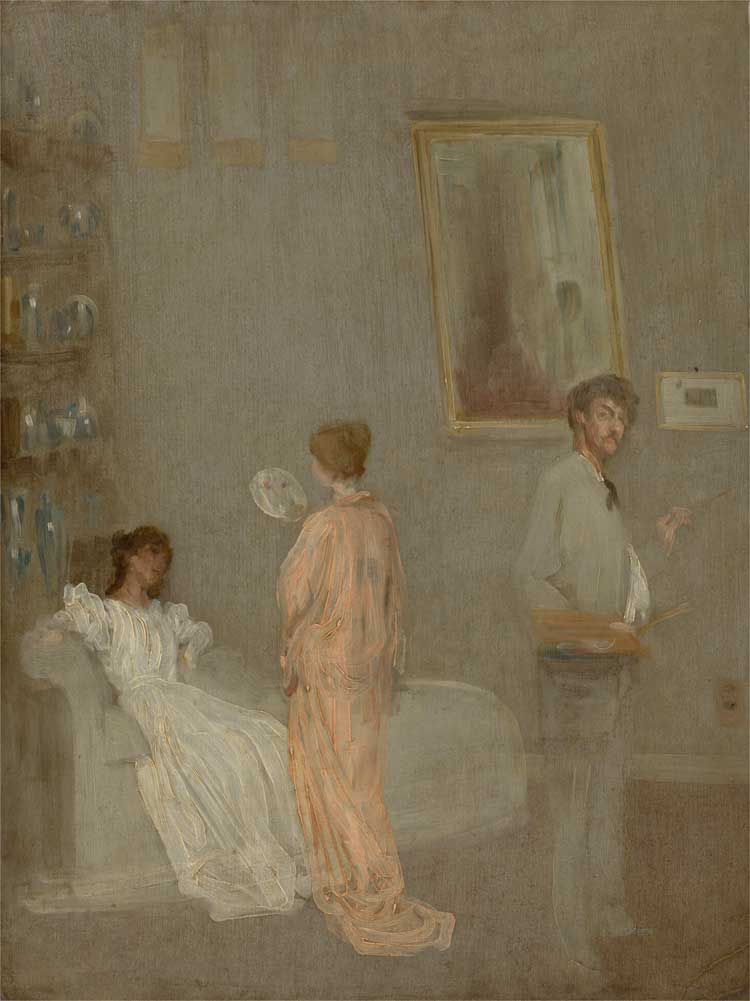 James Abbott McNeill Whistler, The Artist in His Studio, 1865/66 and 1895. Oil on paper mounted on panel, 63 x 47.3 cm. The Art Institute of Chicago, Friends of American Art Collection.

Whistler’s prints of Hiffernan and others, such as Josephine Durwend and Deborah Haden, are equally affective. A major figure in printmaking of his day, Whistler made almost 500 etchings and drypoints. One important print was Weary (1863), an impression of which hung in the Royal Academy in 1863 and one in Whistler’s solo exhibition of 1874. Still, it was his three Symphonies in White that marked the turning point in his career, these iconic portraits of Hiffernan. The first, The White Girl, was rejected by both the Royal Academy in London in 1862 and later by the Paris Salon. His second portrait of her The Little White Girl (1864) was well received by the Royal Academy in 1865, perhaps helped by his choice of japoniste interior. Emboldened by his success, he painted a third portrait, Symphony in White, No 3, showing Hiffernan reclining on a white sofa and exhibited at the Royal Academy in 1867. It was at this time that the previous two paintings became known as Symphony in White, No 1: The White Girl and Symphony in White, No 2: The Little White Girl. The value of this exhibition is in bringing these three paintings together and providing a context for them in Whistler’s work more broadly as we see something of his friendship with Courbet, for instance, and his engagement with Japonisme and printmaking, as well as the importance of these three paintings for other artists. The exhibition undoubtedly highlights the role of the Royal Academy in Whistler’s exhibiting history, career and artistic development. That institutional influence, as much as his relationship with Hiffernan, is what really comes across. 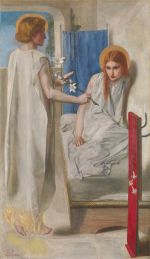 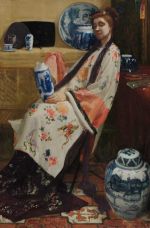 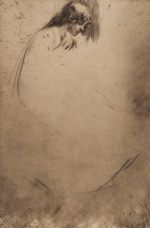