Tracey Emin | Egon Schiele: Where I Want to Go

Tracey Emin | Egon Schiele: Where I Want to Go

In this exhibition, in which Tracey Emin juxtaposes her works with those of her teenage idol Egon Schiele, she explores love, loneliness and vulnerability

When Tracey Emin (b1963) was still a teenager in Margate, accumulating many of the experiences that continue to feed into her self-exploratory and self-revelatory work today, she discovered turn-of-the-century Austrian expressionist Egon Schiele (1890-1918) and “instantly fell in love”.1 Fixated on David Bowie’s album covers for Heroes (1977) and Lodger (1979), she was told by her then boyfriend that they were influenced by Schiele’s art. A trip to the local bookshop soon broadened her horizons.

“A lot of other art that I had been exposed to up until this point was about artists looking at other things and other people,” she says. “Egon Schiele appeared to be intensely looking at himself emotionally as well as physically. It was like his physical being was pulsating.”2 It became Emin’s lifelong ambition to exhibit alongside Schiele and, with this fabulous show, her dream has come true. Curated by Diethard Leopold and Karol Winiarczyk, it showcases around 50 works by Emin – her first exhibition in Austria – and 15 drawings and poems by Schiele, selected by Emin to bring about a poetic debate between the two artists.

The nine-room exhibition opens with a scene-setting of the landscapes in which Emin and Schiele each grew up. Emin’s monumental rollercoaster, It’s Not the Way I Want to Die (2005), is made of wooden boxes, some stamped with the word “FRAGILE” – a fitting adjective for both artists, who, nevertheless, alongside their vulnerability, demonstrate immense strength of character and endurance. In the corner is a small oil on cardboard by Schiele: Berg am Fluss (Mountain by the River) (1910). The mountains echo the rollercoaster in their metaphorical depiction of the ups and downs of life and the turbulent path each artist has had to traverse.

Both Emin and Schiele are poets – in their visual work, but also with words. Emin has often said that she considers herself first and foremost a writer. Throughout the exhibition, her voice can be heard, reciting More Solitude (2014), in which she laments how “every second without him felt like a passing of a million years” and expresses the pain of “living in a constant state of solitude”. Opposite a neon of the same name, two of Schiele’s handwritten poems express similar sentiments of being alone, albeit more tranquilly, referencing the “quivery birds chirping”3 and “the high, calm, round swan”.4

One room shows 12 of Emin’s gouache sketches depicting herself naked, sitting or reclining (all 2014); another has four large black and white embroideries (2015), based on earlier sketches of herself masturbating. The latter are accompanied by one small Schiele work, Girl with Exposed Vulva (Mädchen mit entblößter Scham) (c1911), in which the black dress of the girl matches the dark tones of the Emins. Why did she choose this work, one might ask? A very young girl rather than a grown woman, more equivalent to the age of Emin’s figures? Perhaps because she sees her works as exposing her vulnerability? Her own inner explorative and, maybe, still dissatisfied, younger girl? “While Klimt’s work always depicts grown women, the young Schiele’s, on the other hand, shows girls on the borderline between being a child and a woman – a daring play with awakening sexuality,” write the curators of a simultaneous exhibition about Schiele and his model/muse/lover, Wally Neuzil. “Unlike in the pornographic photographs of the Grabennymphen [Viennese prostitutes], Schiele’s works focus on the young women’s experience of themselves. His nudes are never mere objects for voyeurs, rather they are mirrors of the soul and of the struggle young women experience at this age with their burgeoning physical development.”5 This period of transition, of learning about oneself and one’s body, of uncomfortable awkwardness coupled with a certain pride and self-confidence is something both artists capture to a T.

Schiele’s Reclining Nude Boy, Resting his Face on Right Arm (Liegender Knabenakt, das Gesicht auf den rechten Arm stützend) (1910) suggests a sense of release – possibly post-masturbatory – and, next to Emin’s frenetic Those who suffer love (2009), a 20-second looped DVD made up of around 300 of her monoprint drawings, again, Schiele’s work seems calmer. Emin’s figure fingers herself frantically, the ink smudges moving quickly and looking like ejaculated fluid; a flurry of ecstatic, excited movement. On the whole, Emin’s work is quicker, hastier, less finished than Schiele’s. Some might argue that this makes her less talented. I see it more as a reflection of 21st-century life, where everything is about speed and making haste. Her transient, never-quite-there figures are seeking fulfilment, something that remains eternally unattained. Similarly, at the turn of the last century, the “slightly robotic contortions and often pathological expressions and grimaces of Schiele’s figures” were seen to offer “a visual parallel to Freud’s vision of the neuroses of modern man” with the “prime motivating energy at work” being sex.6

Schiele understood a relationship to mean one partner’s relinquishing him- or herself.7 Despite his four-year relationship with Wally (1911-15), Schiele still spoke of himself as almost asexual, androgynous, or even feminine. He remained a solitary figure. Emin, too, remains alone. “That’s how life is. You are on your own … Even if you are with someone you are still on your own,”8 she says, and speaking of her four large Lonely Chair Drawings (2012), she describes looking down from outer space and seeing herself there, a lonely figure.

While Emin’s figures are undeniably Emin and many of Schiele’s figures are also himself, both artists often seek to avoid recognition in their works, turning their backs or leaving their faces blank. In the case of Wally, too, it is often difficult to distinguish which works are pictures of her because the facial features are left anonymous. Referring to Emin, Leopold notes: “If the faces of these nude self-portraits were to be drawn or painted, if they were to be made recognisable, then beholders would immediately be pulled from their introspection … The same way we don’t see our own faces from the outside, we are more inclined to see, or rather to feel, a body without a face from the inside.”9 He explains how, until 100 years ago, images were seen as objects bearing meaning that had to be viewed from the outside in order to decipher the inherent meaning, but that Schiele spoke of “looking into” his paintings and trying to pull his viewers into a work’s inner process. The process of production of meaning of an image thus shifted and, according to Gestalt theory, a significant part of the aesthetic process – the closing of structures (Gestalten) – began to be undertaken by the recipients of the work. The way of evaluating a work of art therefore also changed and, rather than being assessed in terms of traditional aesthetics, they now needed to be considered according to the extent to which viewers would be drawn in to experience something of the feelings felt by the artist him- or herself – a process known in Gestalt therapy as confluence.10 Both Schiele and Emin most certainly ought to be considered in this light – as artists whose works’ primary aim is not necessarily to be aesthetically pleasing, but which seek rather to excavate, explore and express a feeling or emotional encounter and to offer this up to their viewers to interpret and understand to their own ability. For those who find confluence, the experience is unforgettable – perhaps in a way similar to when Emin walked into that Margate bookshop and first encountered Schiele 30-odd years ago. 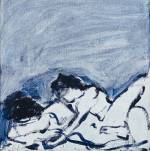 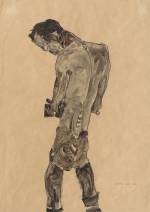 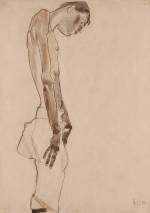 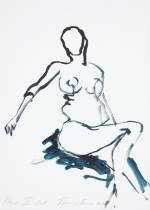 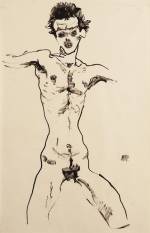 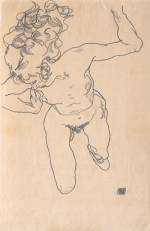 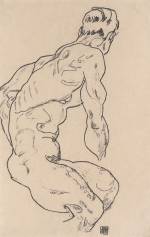 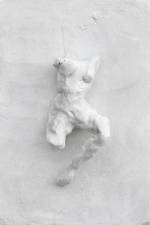