Torbjørn Rødland: Back in Touch

Torbjørn Rødland: Back in Touch

Secrets lurk in Rødland’s photographs, but in chasing the thrill of the secret, his images fall short of the desired effect

Torbjørn Rødland’s photographs are all about a secret. Their tantalising raison d’etre is that the secret might be revealed. The exhibition Back in Touch, at C/O Gallery in Berlin, opens with this quote from the artist: “Presenting and combining things I’ve seen to find out how and what they can mean today … This is what I do full time.”

Combining incongruent objects and presenting them in a picture is a classically surrealist activity. The idea is that the composition will yield some unexpected effect, awaken from latency some hitherto repressed impulse. In Rødland’s photographs, the recipe pretty quickly becomes apparent: visual resonance (colour / texture / shape) between objects of some psychoanalytical connotation is designed to produce a certain tautness, a prick – what Roland Barthes in Camera Lucida named the “punctum”: that “which rises from the scene, shoots out … and pierces me”. 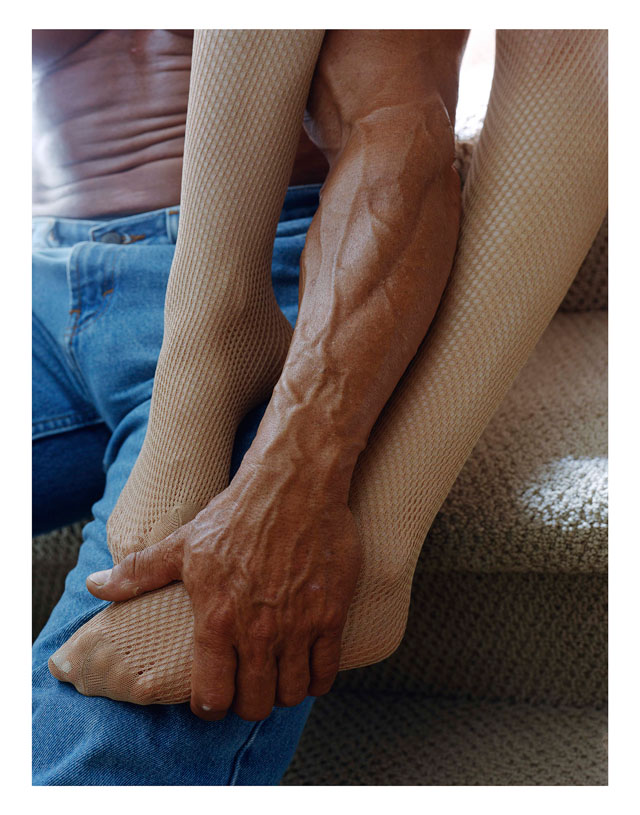 Examples of what this looks like here include an orange, one slice cut out, among other oranges on a tablecloth patterned with dots, with a light garnish of blond mane, as if pulled out of a brush. In this photograph, named Trichotillomania (2010) after the disordered compulsion to pull out one’s own hair, the dark poles of the fruit repeat the black of the dots, while the pale locks are the textbook example of the abject – evoking the particular repulsiveness of that which is neither dead nor alive.

In Cinnamon Roll (2015), bits of dentures nest in unravelling pastry, again drawing on the abject as its active ingredient, while the butter-yellow teeth and baked-pink gums begin to look native to the pile of dough. In Stockings, Jeans and Carpeted Stairs (2013-17), with its whiff of power-imbalance, Rødland has upped the stakes. The tanned leathery arm of a bare-chested muscular man holding a dainty pair of legs clad in beige fishnet tights, the colour and pattern of which resembles the carpet on the stairs where the man sits, has the picture teeter deliciously on the edge of impropriety. Or at least this seems to be the intention, but, for me, the image falls just short of its desired effect. Why?

In Barthes’ theory, the punctum is only the second element of the photograph, the first being the “studium”. Unlike the punctum, which emerges spontaneously, we engage with the studium culturally – it conveys social and historical information. It was not until I visited the Joel Meyerowitz retrospective Why Color?, running concurrently downstairs at C/O, that I realised this: Rødland’s photographs do not have a studium. 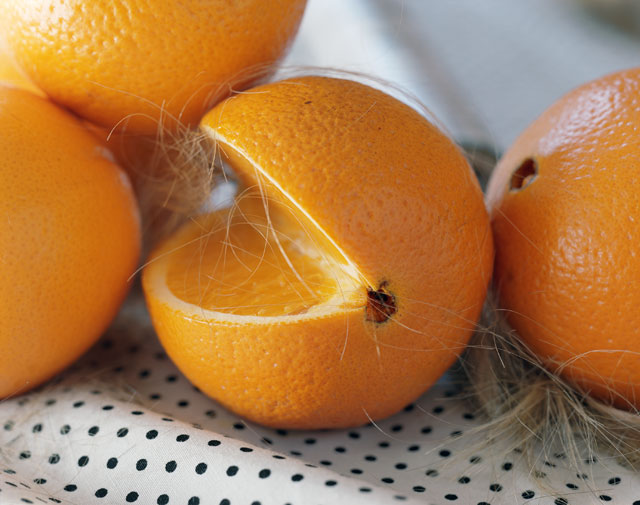 “With my fruitful instrument,” Meyerowitz, referring to his camera, introduces the iconic Cape Cod series in the exhibition: “I could explore and absorb more of the world than I had ever considered before.” Exploring and absorbing are quite different concepts from combining and presenting. As such, where Meyerowitz’s photos testify to a time and a place, in Rødland’s, we have lost the outside. These photos simply don’t care about what, when or where – only why, to which the answer is always this: the thrill of the secret.

A landscape is heimlich (homely) because it is possible to say about it: “I should like to live there.” By that logic, the works presented in Back in Touch are unheimlich (uncanny) for the simple reason that there is no geography. But heimlich also means secret, and Freud’s famous additional “un-“ signifies the un-repression of the secret; it’s return in broad daylight. The problem here is that the home must also be present for the un-home to achieve its power, or put differently: the home, quite plainly, is what keeps the secret a secret – what houses it. The relation between studium and punctum is similar, in that the punctum, as Barthes elucidates, cannot be contrived, it just “happens to be there”.  He says in Camera Lucida: “Certain details may prick me. If they do not, it is doubtless because the photographer has put them there intentionally … the deliberate (not to say, rhetorical) contrast produces no effect on me, except perhaps one of irritation … The photographer’s ’second sight’ does not consist in ’seeing’ but in being there.”

The question of presence, also animated by the show’s title – we can call it contact or intimacy – is especially pertinent in a couple of the works. In Wordless No 3 (2010), a child lies on flat on her cheek, while a pair of elderly hands caress her head. There is love in this picture, but also a strange absence, as its title suggests, of language, or even of sheer “being”: her eyes are as if petrified, not frightened, just gone. A similar photograph, Theodore (2016), shows a young boy lying atop a big teddybear. You could say that these works thematise a particular contemporary alienation that definitely resonates with the rest of the display, which, on the whole, is rather cool. But their innocence suggests something less sombre, like a fascination with inner worlds that are too vast to be reduced to any one piquant repression.

These glimpses of vastness are sadly rare, however, in spite of breathtaking views of the Norwegian landscape in I Am Linkola (2017). This beautifully produced film titillates our subconscious with the juxtaposition of a big black Mercedes and a blond schoolgirl in a Baby One More Time costume fondling a deck of playing cards, the tartan pattern of which matches her skirt. The scene is haunting, yes, as an electronic beat builds up to the car’s incessant circulation. Still, it feels like an erotic sheen without a substance, a psyche without a subject, or desire without an object; literally a vehicle going round in circles.

This may very well be the point, but it is one that doesn’t prick without a studium to hold the punctum. If our image-saturated and unshockable world is a tough one for puncta, it is even tougher for  secrets. As Gilles Deleuze and Félix Guattari write in their 1980s classic A Thousand Plateaus: “The news travel fast that the secret of men is nothing, in truth nothing at all.” So can we stop chasing it? 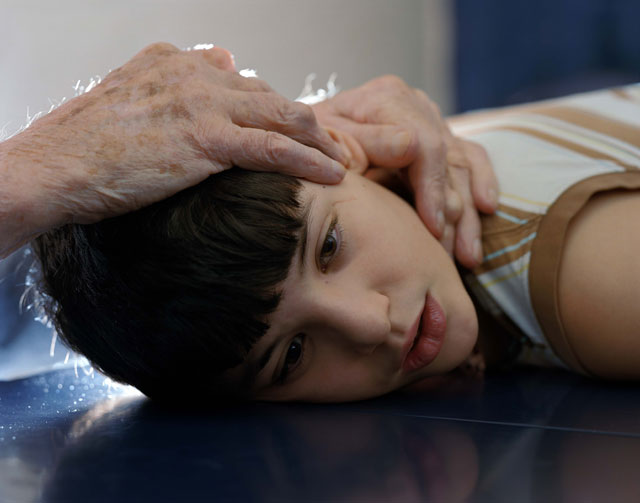