This autumn, leafy Brussels invites the visitor to a spectacle of detail in oil. An exhibition devoted to painting in Brussels in the period roughly between the death of Rogier van der Weyden (1464) and the emergence of the work of Bernard van Orley (1487-1541) allows the keen observer to connect with a number of lesser-known masters – masters who, though they are unknown are not unloved, according to curators Griet Steyaert and Véronique Bücken.

Van der Weyden, the much-admired Flemish painter, does not need a long introduction. A student of the controversial Robert Campin, Van der Weyden was the city painter of Brussels from 1435 and left a true collection of Flemish primitive gems when he died. Carel van Mander, in 1604, described him as an artist who optimised the art of painting, “both in presentation and order with a portrayal of inner human desires and affection”.1 Indeed, it proves impossible to remain unmoved by the sight of a weeping Van der Weyden Madonna. The emotional intensity by which she is depicted, most profoundly in Descent from the Cross, at the Museo del Prado in Madrid, represents a true tour de force; tired tears so genuine that they could spill off the canvas.

On entering the exhibition, the visitor is welcomed by two signature Van der Weyden pieces. The Portrait of Antony of Burgundy, the illegitimate son of Philip the Good and Jeanne de Presle, demonstrates Van der Weyden’s skills as a fine portraitist.2 The likeness of the young man with a doubtful background shows a form of serene dignity, accentuated by the three-quarter pose often used by the painter. The second piece, a recently restored Pietà painted some time after 1441, is a fine example of the delicate manner in which Van der Weyden conveyed emotion, Mary clinging desperately to the dead and battered body of her son.

Van der Weyden’s oeuvre, however, is not the main tenet of this exhibition. He is a crowd-pleaser and therefore his portrait of Antony of Burgundy, poster boy seen in many a Belgian street, will attract a number of visitors who might otherwise not visit this museum. But as Bücken tells us, the exhibition is more about what Van der Weyden left behind and those who followed his style of painting after his death. Although he influenced artists beyond the borders of the country, the focus of this display lies in painters who became followers of the Flemish master in Brussels.

Around 130 works, ranging from painting and sculpture to painted ceremonial vehicles and parade shields, are on display. The pieces originate from collections all over the world, marking this exhibition as both international and innovative; offering new perspectives and filling a gap in the history of early Flemish art, post Van der Weyden. The international character of this show is further exemplified by the catalogue, stocked with fresh scholarly research, which allows a view into the visual culture of 15th- and 16th-century painting in Brussels.

The curators go on to explain that the exhibition is centred on a set of anonymous masters, active in Brussels and heavily influenced by Van der Weyden. Because of their anonymous nature, these painters have not been held in high esteem in the history of art and have been designated “minor masters”, unknown and unloved. The display, however, challenges this apparent lack of love. Three painters in particular have been studied: the Master of the Saint Catherine Legend, Colyn de Coter and the Master of the Embroidered Foliage.

Taking these studies as a starting point, the exhibition expands by showing pieces by the hand of The Master of the Redemption of the Prado, beautifully represented here by three fragments, The Nativity, The Presentation at the Temple and The Adoration of the Magi, that used to belong to a polyptych. Furthermore, the oeuvre of the Master of the Saint Barbara Legend and the Master of the View of Saint Gudula, whose work contains recognisable church monuments and architecture in Brussels, seen in the detail of The Pastoral Instruction and Portrait of a Young Man, are explored.

Further reference is made to other painters active in Brussels. For example, sections are dedicated to the now famous Hugo van der Goes and Aert van den Bossche, whose Cranach-like Adam and Eve is shown. I personally admired the great skill of the Master of the Princely Portraits, who, besides painting a great number of excellent likenesses, also decorated an impressive Parade Shield with a lady and knight accompanied by death, a rare example and visualisation of courtly love popular in poetry and literature of the later middle ages. The exhibition closes on a 16th-century note by exploring, among others, the monumental and captivating work of Van Orley.

The Heritage of Rogier van der Weyden is worth a visit, perhaps even two. The exhibition is set within the large, high-quality collection of the Royal Museum and offers a view of visual culture in Brussels in the 15th and 16th centuries as well as showing the rich historical context in which artists were employed, by elaborating on the patronage of, among others, the Dukes of Burgundy then residing at the Coudenberg Palace. The research is sound, the lighting perfect, the space allows generous viewing opportunities, and who knows, this exhibition may momentarily reunite Belgians from north and south. 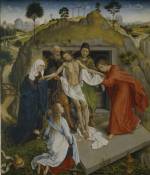 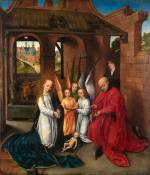 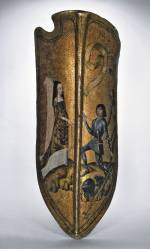 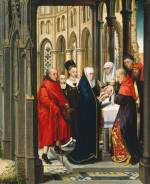 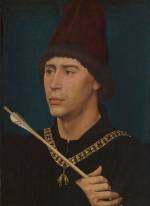 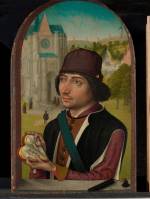 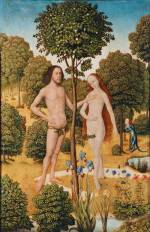