The Enchanted Room: Modern Works from the Pinacoteca di Brera

The Enchanted Room: Modern Works from the Pinacoteca di Brera

Teeming with hidden treasures, this exhibition is a compact survey of key movements and artists in Italian modern art in the early 20th century, a febrile moment in the country’s artistic and political history 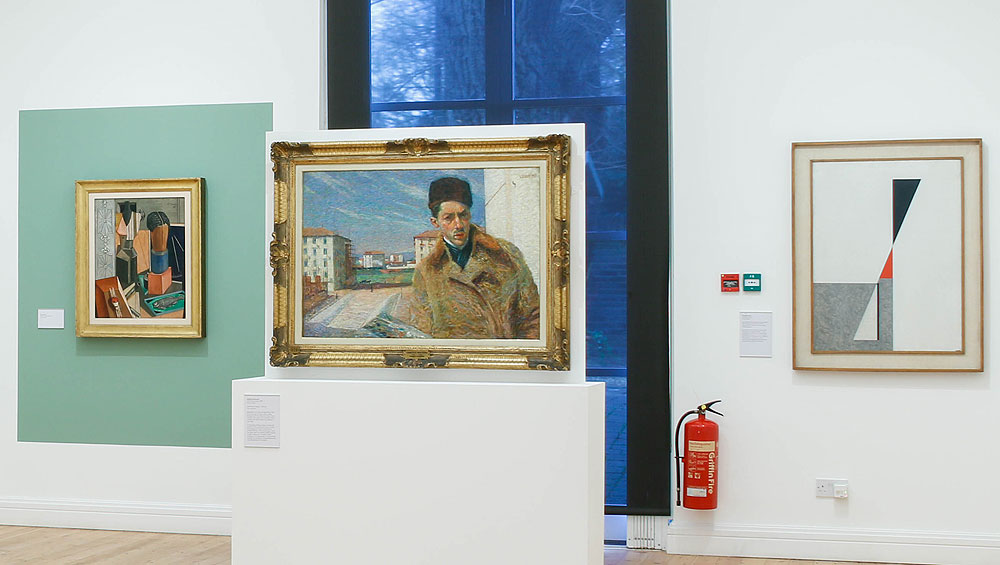 The Estorick Collection celebrates its 20th year with The Enchanted Room: Modern Works from the Pinacoteca di Brera, an intriguing sample of works from the collection of Emilio and Maria Jesi. Spread across two galleries, the exhibition is a compact survey of the key movements and artists in Italian modern art in the first decades of the 20th century, and marks the first time a significant portion of the collection has been shown outside Italy. 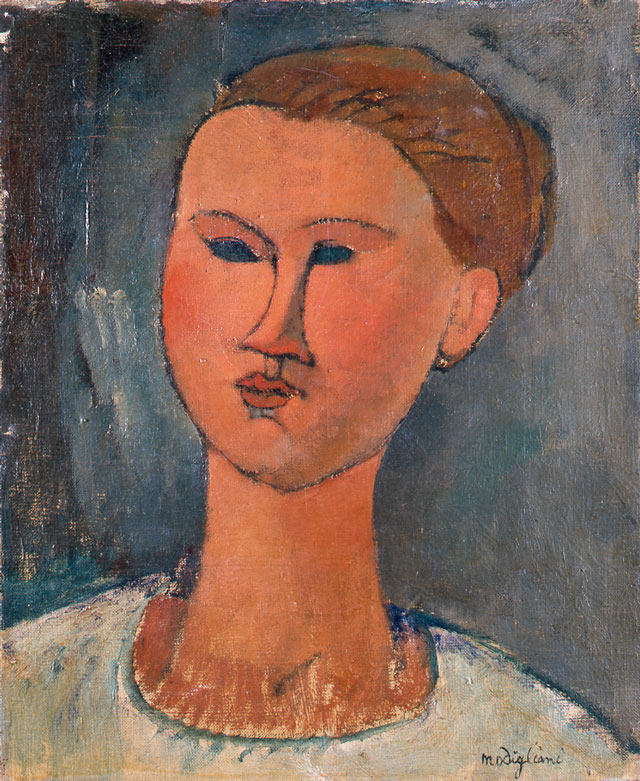 The Pinacoteca di Brera is more likely to call to mind masterpieces by Caravaggio or Piero della Francesca, rather than Italian futurism, divisionism and “pittura metafisica” (metaphysical art). In the mid-20th century, the Brera greatly expanded its collections of modern Italian art, primarily driven by Franco Russoli, director of the Brera from 1957 until his death in 1977, who firmly believed in the intrinsic educational value of modern and contemporary art. Russoli’s vision was of a new wing of the museum dedicated to modern art, and, to bring this about, he built fruitful relationships with a number of prominent Milanese collectors, the Jesi among them. That much-delayed new wing is slated to open in 2019 as the Brera Modern, and this exhibition at Estorick will probably be the last time these works are shown outside Italy before they are ensconced in their new home. 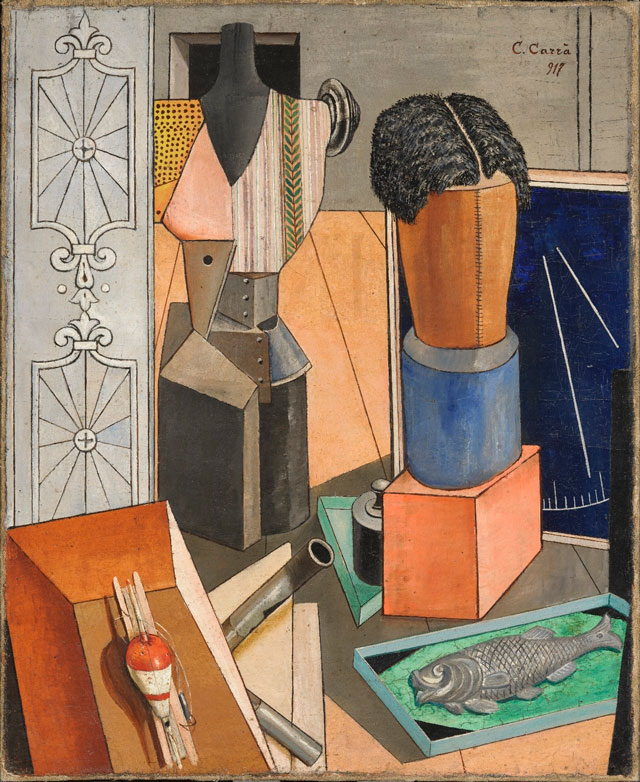 Emilio Jesi, a businessman and entrepreneur, and his wife Maria built their collection in the 1930s and 40s, and the selection of works on show at the Estorick is a fascinating window into their personal taste and the dominant styles and artists of the period in general. As well as works from some of the most well-known Italian artists of the last century, such as Giorgio de Chirico, Carlo Carrà and Filippo de Pisis, more obscure works and artists find new life within the collective. Visitors can thus easily pick up the threads that bind these artists who formed relationships and movements, borrowed each other’s styles and influences lightly, and made the same pilgrimages to late-belle époque Paris. 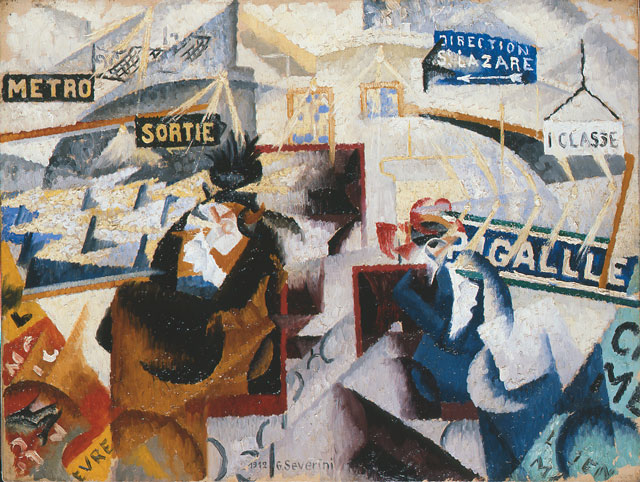 There are, of course, plenty of artworks here in the kinetic, technophile futurist mould, Le Nord-Sud (1912) by Gino Severini being a standout. Our vantage point seems to be both on the platform and within the metro train itself: our perspective is warped and flattened, signs call out at us from every direction, and light and shadows form rhythmic ripples that push us off in opposing directions. Mario Sironi’s The Truck (1914-15) is less effervescent, but betrays the same preoccupation with technology, the eponymous truck pushing muscularly forward on a converging route with a tram against a dour night-time cityscape. Ardengo Soffici and Ottone Rosai, who knew each other during a brief flirtation with futurism, are both represented with lively still-life compositions, their flattened surfaces, interlocking planes and overlapping newsprint demonstrating the movement’s close relationship to cubism. 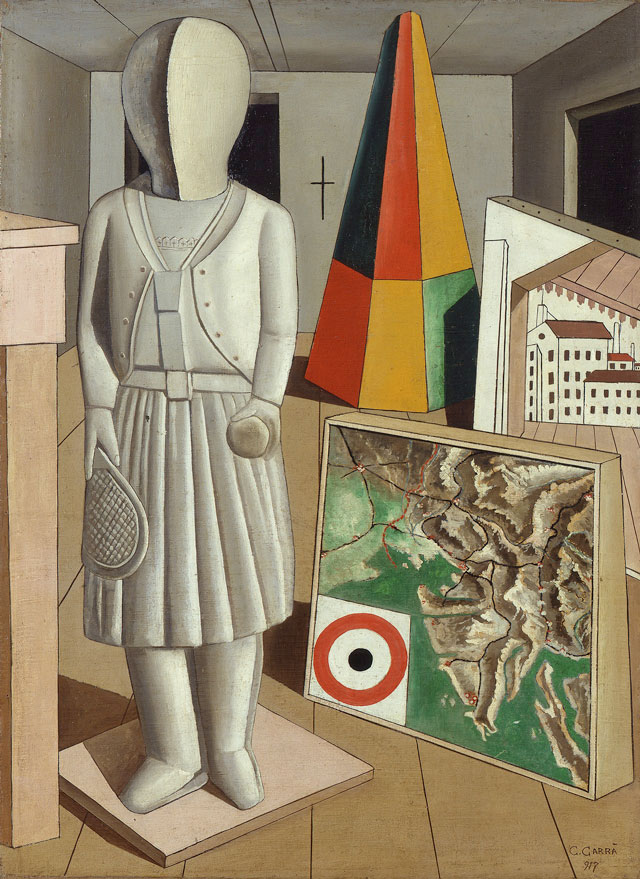 At the core of the exhibition are three works by Carrà. The Metaphysical Muse, The Enchanted Room, from which the exhibition takes its name, and Mother and Son (all 1917) showcase his move away from futurism to metaphysical art, an ultimately short-lived movement spearheaded by Carrà and De Chirico characterised by dreamlike landscapes, perspectival trickery and a reappraisal of classical Italian art and architecture. De Chirico is represented here with only one mysterious unfinished painting, but Carrà’s strange, disquieting assemblages of semi-dressed mannequins, maps, toys and abstract shapes speak well for the metaphysical movement, pouring enigmatic significance into these juxtaposed gatherings of everyday objects. 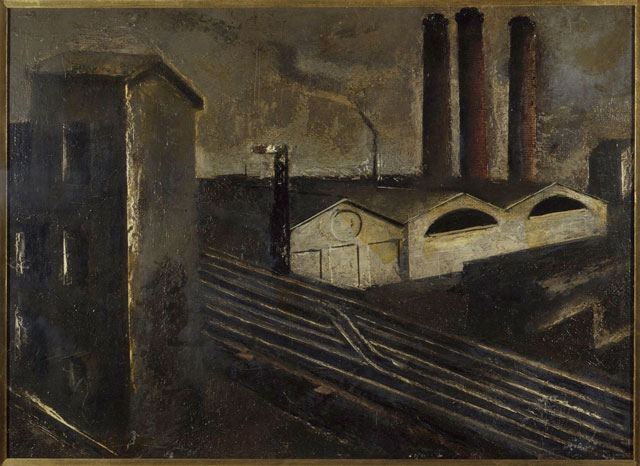 Elsewhere, Massimo Campigli’s mysterious compositions of women picnicking or playing guitars, with their stiff, angular bodies and earthy tones, speak to the influence of primitivism over artists residing in Paris in the 1910s and 20s. Additional landscapes by Sironi, now best known as a founding member of the fascist-aligned novecento Italiano art movement, record desolate urban landscapes, punctuated with trucks, cranes and traintracks which glint impressively out of the gloom. A generous set of five paintings by Giorgio Morandi are also on show, hazy pictures of country villas and still lifes which form an understated counterpoint to the more muscular experimentation of his contemporaries.

A pair of serene Modigliani portraits are given pride of place set against a mint-green wall – the artist is currently the subject of a Tate Modern blockbuster exhibition – but this exhibition’s charms are found in its smaller moments: a gloriously slapdash grisaille of a Venetian church facade by De Pisis, or a pair of early self-portraits by Umberto Boccioni, the earlier effort revealed lengthwise along the back of the canvas. This modestly sized exhibition is teeming with hidden treasures, the size working in its favour, shedding light on the dense networks of links and inspirations that bound these artists working, together and apart, in a particularly febrile moment of Italian artistic and political history. 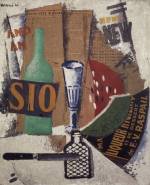 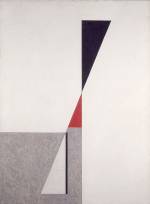