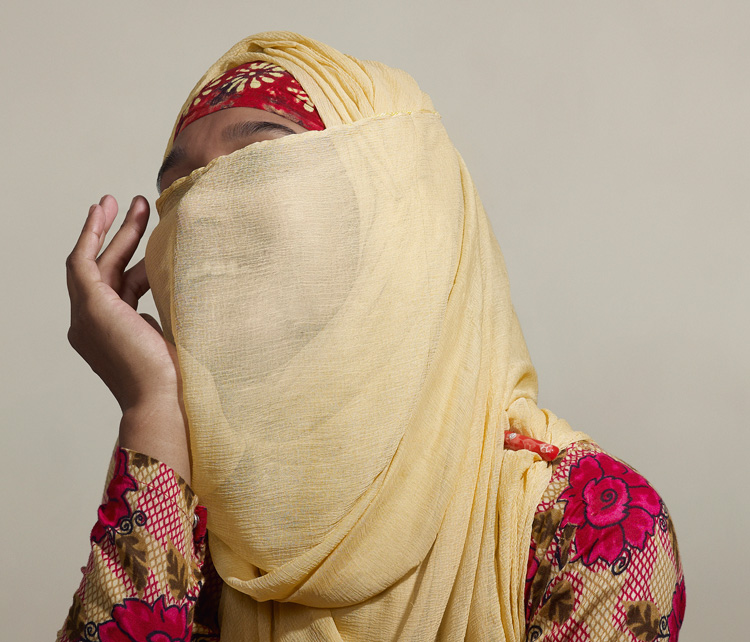 This year, the Taylor Wessing Photographic Portrait Prize attracted 3,700 entries submitted by 1,611 photographers from 70 countries. The prize and the accompanying exhibition are a platform for professional and amateur photographers: those who make it through the anonymous judging process gain a coveted place in the exhibition at the National Portrait Gallery in London. The winners of the first, second and third prizes also receive £15,000, £3,000 and £2,000 respectively. 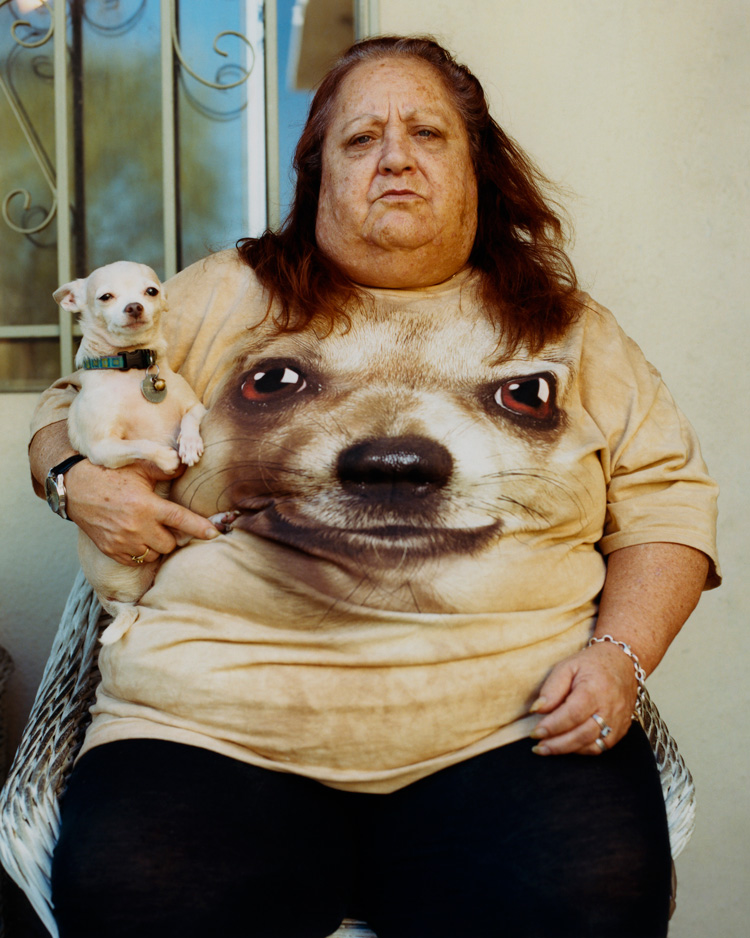 Gail and Beaux by Pat Martin, from the series Goldie (Mother), 2018 © Pat Martin

Californian photographer Pat Martin is the winner of the £15,000 first prize for his portraits of his mother Gail, known as Goldie. His series Goldie (Mom) depicts her following her diagnosis with a serious medical condition. Martin soon realised that he was not simply photographing his mother, but simultaneously restoring their relationship after a turbulent childhood coloured by Gail’s mental illness and addiction. 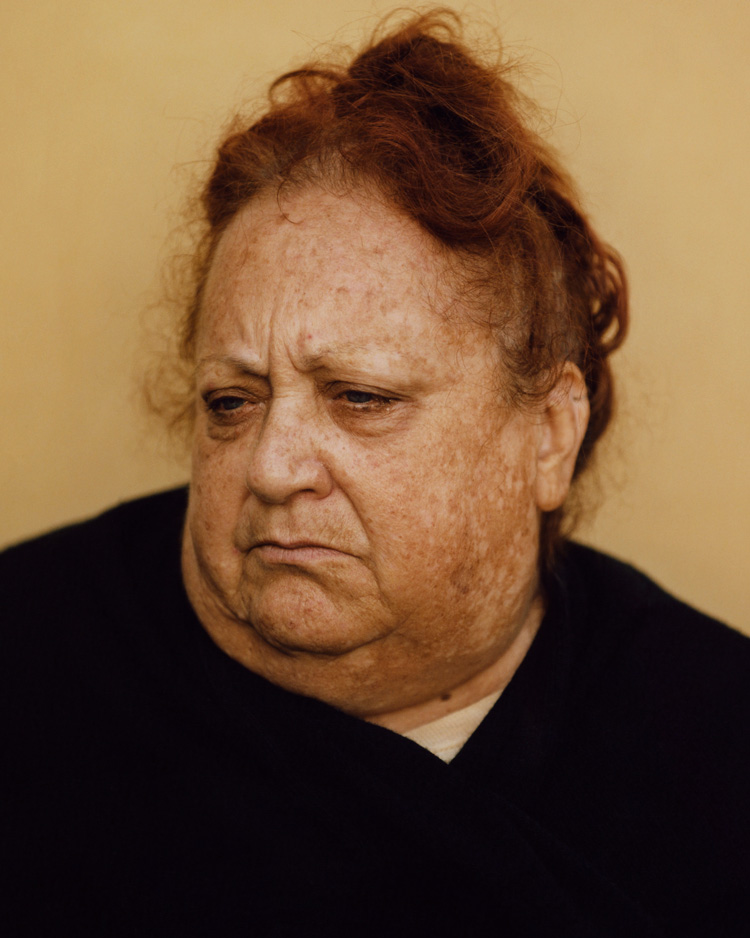 The two winning portraits from Martin – Gail and Beaux (August 2018) and Mom (Our Last One) (November 2018) – show different aspects of Gail’s character from the whimsical to the reflective. Gail died in January 2019, aged 61. 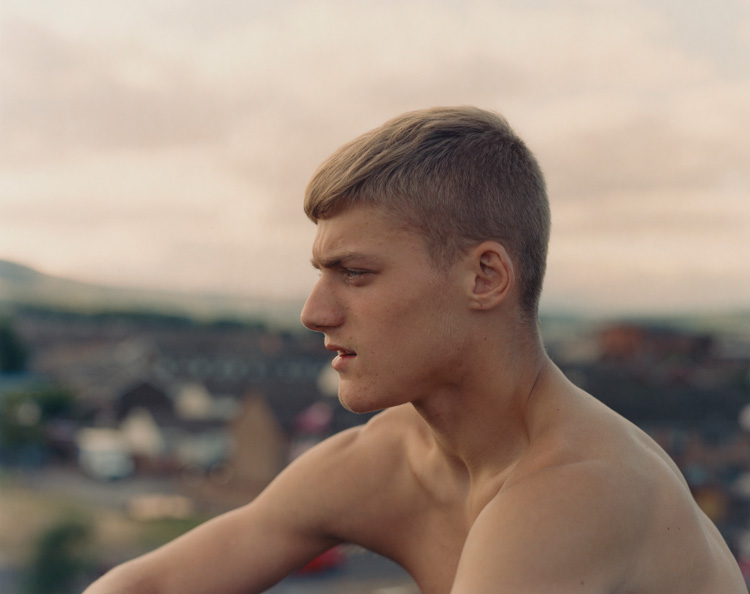 The second prize was awarded to the Irish photographer Enda Bowe for his reflective portrait of a young man on the Conway estate in Belfast. In Neil (July 2019), the landscape in the background is blurred to anonymity while the focus remains on Neil, seemingly lost in reflection. The portrait belongs to Bowe’s Love’s Fire Song project, in which he photographed youth culture on either side of Belfast’s “peace walls”, built to segregate the nationalist and unionist communities. The intensity of Neil’s gaze draws us in and calls on us to reflect on the wider social and political strictures at play. 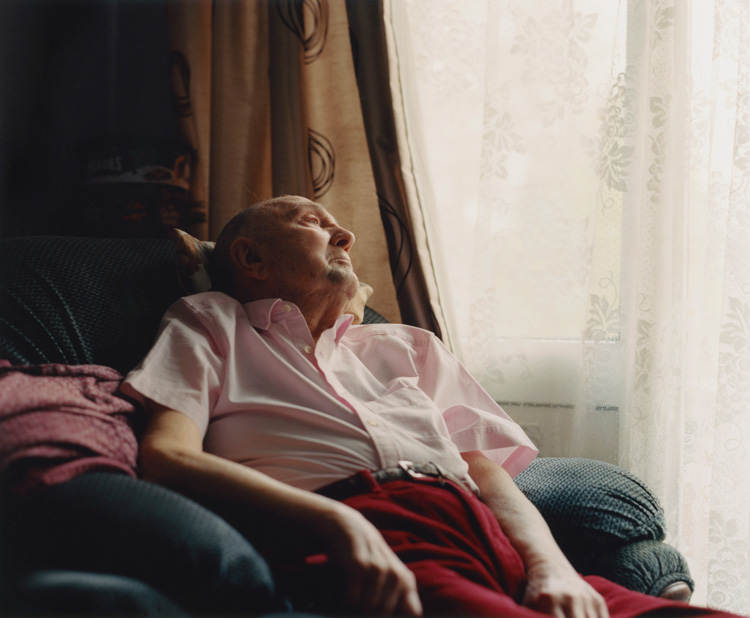 A similar psychological intensity is present in another portrait by Bowe – Ron (August 2018), part of Bowe’s Clapton Blossom series of photographs of the residents of an east London housing estate. This shows an elderly man who is housebound and has been widowed for 20 years. He gazes through the curtained window as if in dialogue between past and present. Bowe’s use of colour, tone, light and shadow in this picture owe a debt to the paintings of Rembrandt and Vermeer. 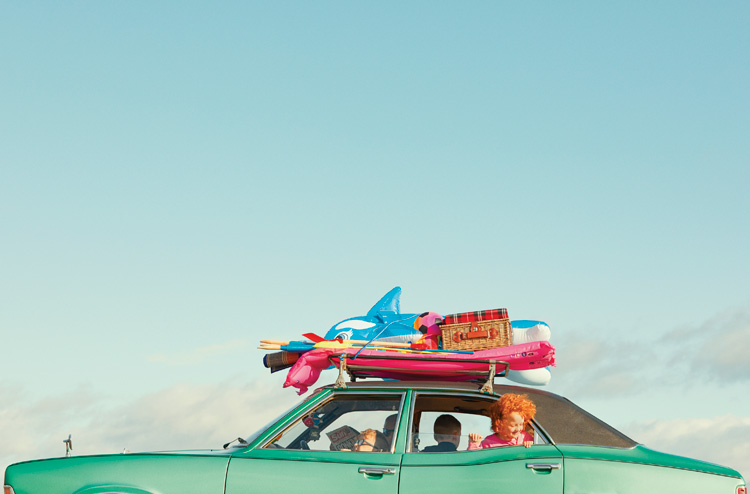 Garrod Kirkwood won the third prize for The Hubbucks (September 2018), a bright and spirited photograph of the young Hubbuck family on an outing to the beach. A vintage turquoise Ford Cortina, complete with furry dice, is piled high with beach paraphernalia (a wind break, a picnic basket, an inflatable toy) while young children peer happily out of the windows. This is not a conventional portrait, as the human subjects are small and largely obscured. It does, however, convey a sense of who the Hubbucks are. This cinematic image, with a fairly narrowly focused colour palette, is representative of what Kirkwood calls “environmental storytelling”.

All portraits tell one story or another and it is perhaps inevitable in a photographic portrait prize that themes such as age, illness, relationships, gender and grief should take centre stage. These are, after all, fundamental experiences of human life. Anyone visiting this exhibition has the privilege of sharing in the revealing portraits of subjects from young children to the very elderly and from many different parts of the world. Together, they reveal a glimpse of the human condition. 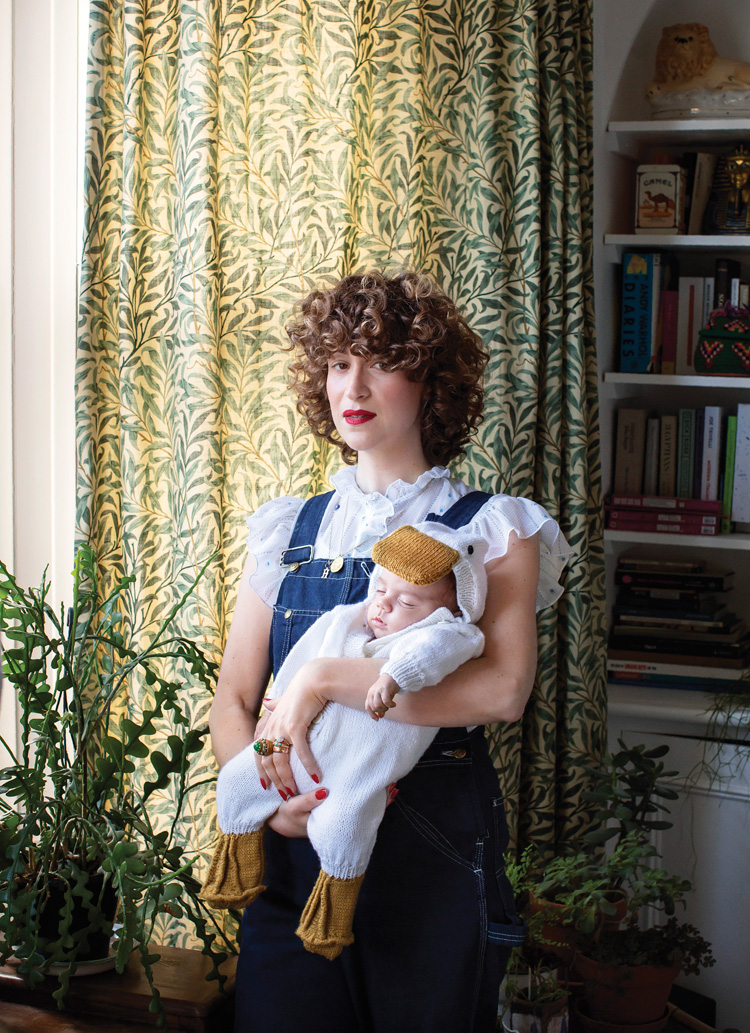 Jenny Lewis’s Rosy and Herb (Stage Four Bowel Cancer 36/100 Years) (March 2019) shows new mother Rosy with baby Herb at six weeks old. When Rosy was seven months pregnant, she discovered she had stage four bowel cancer. The portrait was taken the day before Rosy began a course of chemotherapy. As in any photographic image, Rosy and Herb are frozen in time, something the photographer and the sitter wished they could hang on to. 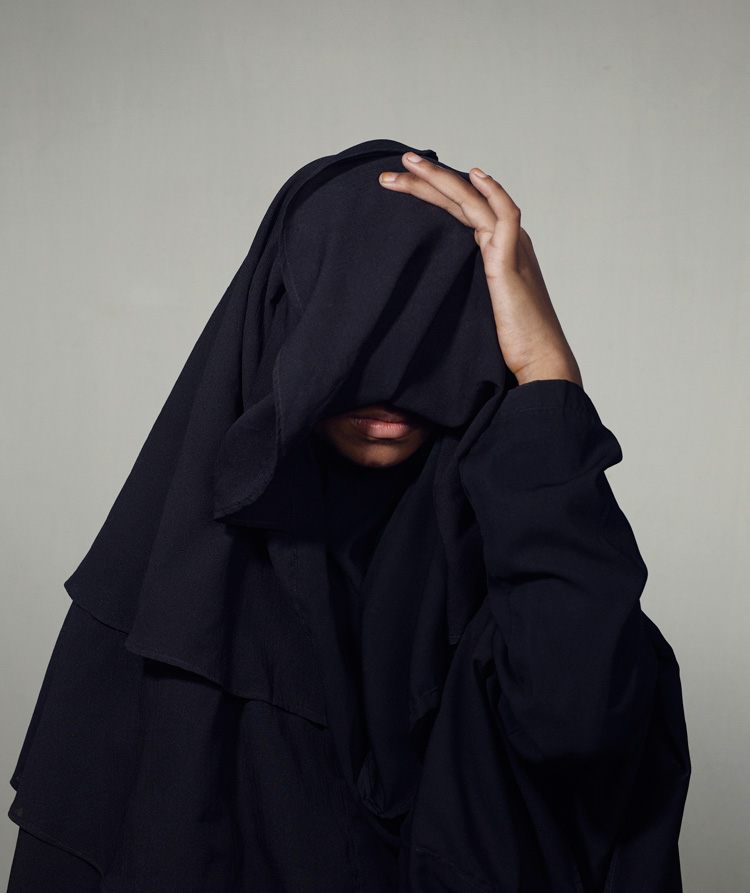 Amsterdam-based Jouk Oosterhof presents examples from her photographic series Invisible, in Focus: Child Brides in Bangladesh (2018). A high percentage of girls in Bangladesh are married before they are 18 and many before they are 15. Oosterhof’s portraits hide the girls’ faces to protect their identities, although this also underscores their invisibility within their society. This seems especially so in the instance of Anika, 13 years (September 2018), the youngest sitter shown and most hidden from view. 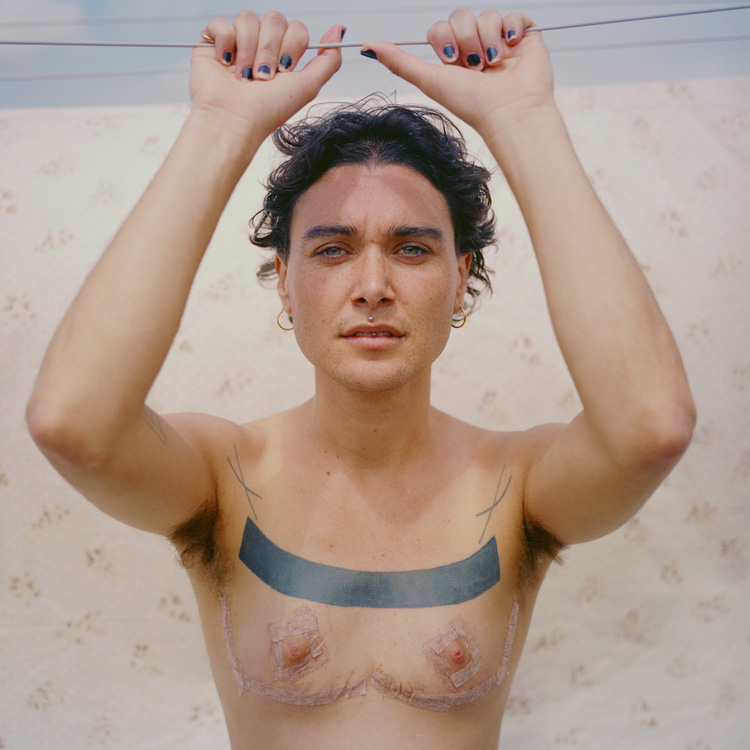 Gender and sexuality are recurring themes in the exhibition. Tristan Still’s portrait of Raynen (October 2018), who uses the gender-neutral pronoun “they”, gives agency and visibility at an especially vulnerable point in Raynen’s life – a moment post-surgery when the marks and wounds are not only recognised but also foregrounded. 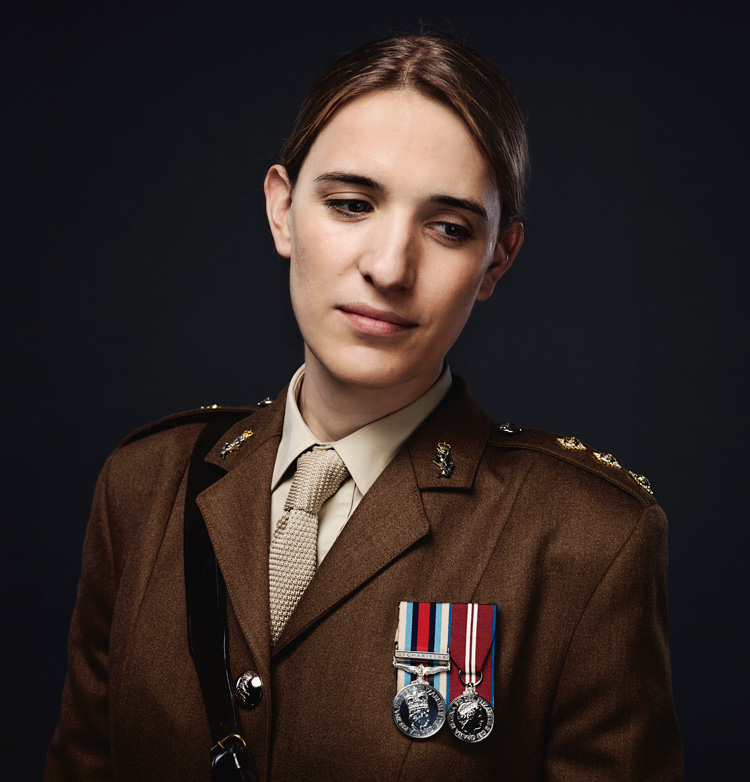 Seamus Ryan photographs another transgender subject in his portrait Captain Hannah Graf MBE for Pride in London (May 2018). This gentle and sensitive portrait shows Graf in her military uniform. Having served in Afghanistan, Kenya and Canada, Graf rose to be the highest-ranking transgender officer in the British Army. In 2019, she was awarded an MBE for services to the LGBTQ+ community in the military. 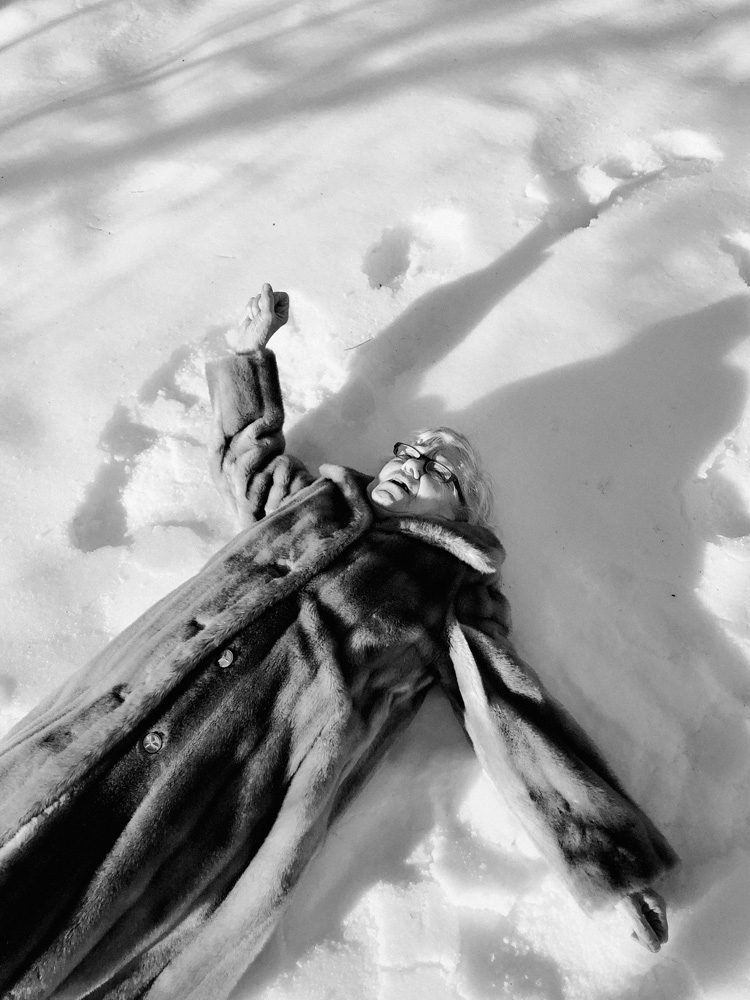 Mental illness is another important theme to emerge in this exhibition. Cheryle St Onge began photographing her mother Carole when she developed dementia in 2015. Untitled (February 2019) shows Carole lying on the ground in a fur coat and making a snow angel. The poignancy of this images lies in its depiction of an elderly person with dementia acting out a childhood memory, the memory that dementia diminishes. 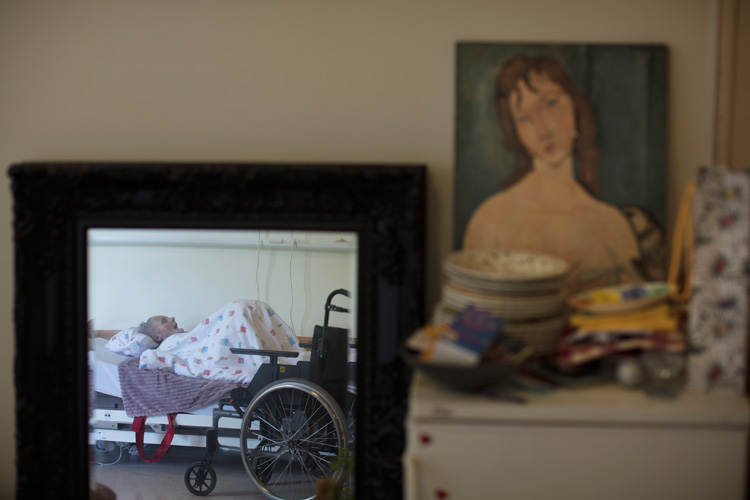 Norwegian artist Maria Konstanse Bruun depicts her mother in a nursing home in the last months of her life, when she was dying from lung cancer. She had been diagnosed with paranoid schizophrenia when Bruun was five years old. Then and in Between Now #Sleeping in the Mirror Next to Portrait (June 2018) shows a mirror reflection of Bruun’s mother on a bed next to a print of Portrait of a Young Woman by Amedeo Modigliani, a painting that meant a great deal to the older woman. 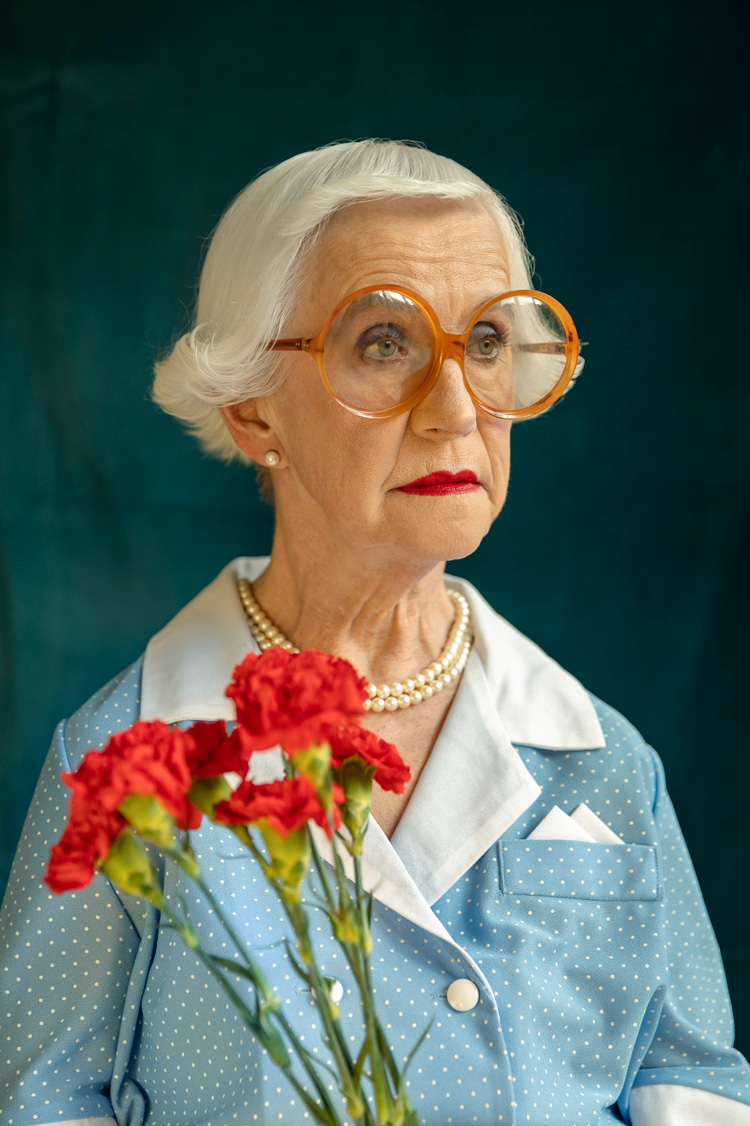 The Estonian-born, UK-based photographer Sirli Raitma used photography to focus her mother Eha’s attention when Eha began to experience depression in 2015. The series Eha: Portraits of my Mother shows Raitma’s mother dressed and posed in different situations. The striking image Eha (04) (May 2019) features on the front cover of the exhibition catalogue and is emblematic of the growing confidence and pride in her appearance that Raitma observed in her mother as the project developed. 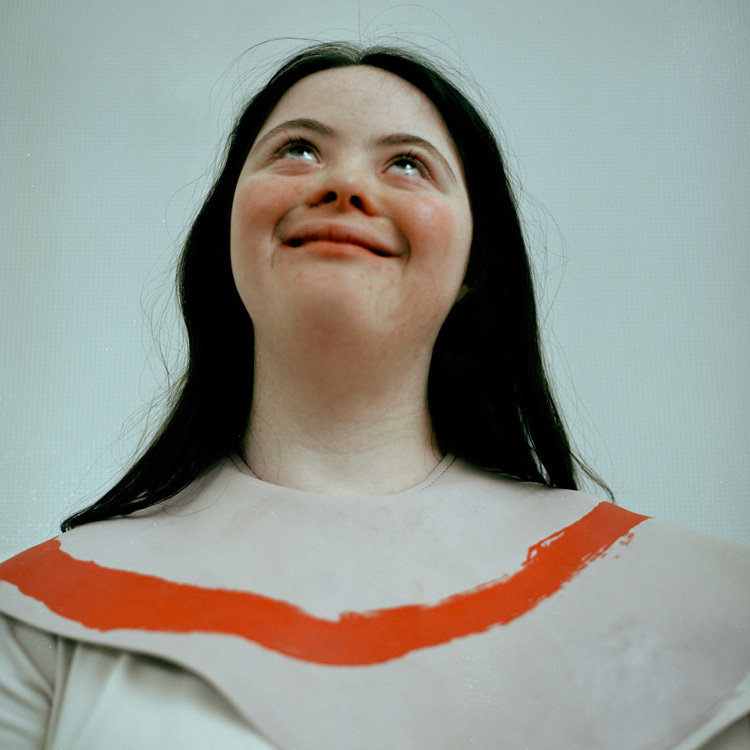 One of the most striking set of images for me is a group of three portraits by Evelyn Natalia Bencicova, from her series The Rite. These feature members of Culture Device, a group of professional dancers and artists with Down’s syndrome. Bencicova’s portraits of Rafi, Ellie and Holly, all taken in March 2019, capture the dancers’ emotions prior to their performance of Igor Stravinsky’s The Rite of Spring. As the catalogue points out, members of Culture Device “confront prejudices and changing attitudes, looking towards a more diverse and inclusive future in the arts”.

While this exhibition portrays the myriad differences that exist between us as people, in the end it focuses attention on our common humanity. That common humanity is not a bad place to begin when looking to confront prejudices and change attitudes. Exhibitions like this one help, too. 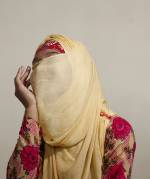 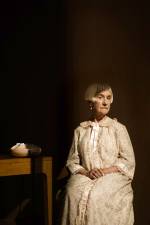 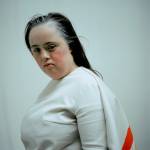 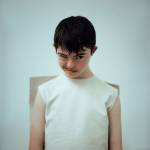