Tate Modern 2012 Programme in Retrospect: the Place for Performance

Tate Modern 2012 Programme in Retrospect: the Place for Performance

It came as no surprise, in January, when Tate Modern announced that 2012 was an exceptional year for the museum in terms of visitor numbers. According to data released by the museum, a total of 5.3 million people visited its exhibition spaces over the past year.

It is a record since its opening in 2000 and represents an increase of 9.5% on 2011. One event that certainly helped in this figure being reached was the retrospective of one of the most controversial contemporary British artists: Damien Hirst. Having his exhibition open for five months encompassing the Olympics Games period when the city, particularly the riverbank, was swarming with tourists was indeed a successful strategy to raise awareness of the museum.

In total 450,000 people visited the show between April and September. Nevertheless, Hirst and his diamond skull were not an isolated and prime factor for this record. Even more important was the greatly anticipated renovation that Tate Modern has been working on for years and whose results started presenting themselves in 2012. The main highlight was the launch of The Tanks, which inaugurated a new space for Live Art in the building that was once the Bankside Power Station, and today is the most popular contemporary and modern art museum in Europe.

The Tanks were revealed in July and are the first stage of the extension development project that also includes annexing new buildings, and will be concluded in 2016. The grand, raw industrial chambers, where the gallons of oil used to fuel the turbines to generate electricity were kept before the transformation, were unlocked to the visitors. The two circular east and south tanks are seven metres high and 30 metres in diameter each. Besides these main cylinders, one for temporary display and the other only for performances, there are several other smaller rooms used for showcasing live art, video and sound installations, and photography. The impressive dimensions of their thick concrete walls provide a neutral atmosphere propitious for an experimental and immersive use of the space that is deprived of windows or any other access to the outside.

The opening programme for the Tanks – Art in Action – traced important artworks that set out the history of performance, film and installations. During 15 weeks the creations of more than 40 artists from around the world were presented. The period allocated to exhibition display, films or the number of performances was reduced, maintaining in a certain manner the ephemeral and transient character of this sort of expression. Recently, the performance programme was announced for BMW Tate Live 2013, which gives emphasis to an interdisciplinary approach to art and technology, having scheduled events taking place in the Tanks and online from February to December.

Besides the clear intention to explore new means of bringing performance in to the institution, the Tanks, – that according to the Tate’s website are “the world’s first museum galleries permanently dedicated to live art” – have aroused some scepticism. At the heart of Live art, as it has generally been called by Tate, has been the prevention of its objectification by the museum tradition. For this reason, according to the opinion of some critics, a project such as the Tanks may somehow distort an artistic practice that is mainly time-based by attempting to legitimise it through an institutional label. The concern prevails that the architectural space could affect the art presented there.

By contrast, many enthusiasts see that what is happening is the contrary. The Tanks would represent a logical consequence of how the dynamics of art production can last a while but eventually modify the operational function of the museum. It is just a matter of aesthetic negotiation, but in terms of practice and protocol this was by no means an easy task to accomplish. There were many questions and challenges with which Tate confronted itself with the opening of the first museum space dedicated to performance.

In order to clarify this debate, Studio International spoke to Catherine Wood, the Curator of Contemporary Art and Performance at Tate Modern, who organised the Art in Action programme, is in charge of BMW Tate Live 2013 and was the curator of the A Bigger Splash: Painting after Performance Art exhibition. The latter, which opened at the end of 2012, had an almost educational approach towards the history of performance art, confirming that the focus on Live art can be found not only at The Tanks alone but is extended to all gallery spaces. For example, in 2012, Tate visitors also witnessed Unilever’s first live commission, when the Anglo-German artist Tino Sehgal created These associations in which he choreographed a group of 70 performers that invited visitors to participate in different actions every day during three months in the Turbine Hall.

Caroline Menezes: The emphasis on performance in the 2012 Tate Programme is evident. Which message does Tate want to convey with this focus on live art? Is it a late recognition? Is it to provide a platform to artists who are not often seen in museums?

Catherine Wood: We have wanted to begin to tell the "full" story of art in the past half a century, and these various events and shows have been ways to do that. How to bring the “minor” histories of film and performance into dialogue with the “major” histories of painting and sculpture, for example? How has performance been there all along but invisibly? For example we can look at the live actions performed by Joseph Beuys, around sculptures on display. It is about connecting the museum as a "keeper" of objects with the living processes of creation and reception of art.

CM: On the one hand it has been said that performance and new media art have been avoiding a certain “crystallization” by the museum tradition and that Tate’s project could somehow bring this implication to this artistic manifestation. On the other hand, some reviews celebrate the inauguration of a space like Tanks in a museum such as Tate as a good opportunity to promote a greater understanding of performance and live art. What is the position of Tate regarding these two different opinions?

CW: We are aware that any artwork brought into a museum is to an extent severed from its original context of meaning. It is the same with a Venetian altarpiece in the National Gallery. The museum's job is not to be the authentic original context as such, but to find ways to communicate that, and to tell stories about the relationships between artworks whether performance or paintings or photographs. We care about people being able to experience the spirit of this kind of work as well as seeing documentation of it, and it is not just about the history but about the way many young artists are working. We want to give space to that, as that is the vital spark within the institution and often opens up new ways of thinking about history too.

CM: In retrospect after more than seven months since its launch, what is the main impact that the Tanks had on the art experience in the museum? Has any change regarding the audience experience been noticed? And what about the artists, what were their comments regarding working in this new space?

CW: These spaces have given visibility not just to aspects of the programme that we've been working on for almost a decade in more marginal ways - film and performance - but essentially to ways that ARTISTS [sic] have been working for the past 50 plus years. The processes and forms which are rarely visible within traditional art display that focus on objects or installations. Artists have responded very positively to the spaces. They find them unique and full of potential. They love the ambiguity of them being between black boxes [Tanks] and white cubes [galleries]. And the freedom this implies for experimentation. At the same time, despite being quite "grand", audiences and artists alike seem to feel very comfortable occupying the spaces, they are not daunting. 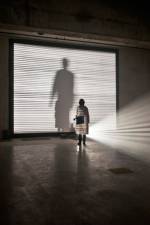