Tabita Rezaire: ‘Reclamation allowed me to glow into my blackness, womanhood and queerness’

Tabita Rezaire: ‘Reclamation allowed me to glow into my blackness, womanhood and queerness’

Tabita Rezaire talks about ‘decolonial healing’, her response to cyber-racism and the distorted representation of black people on the internet, communication technologies from the spiritual world, and empowering artists to have self-respect 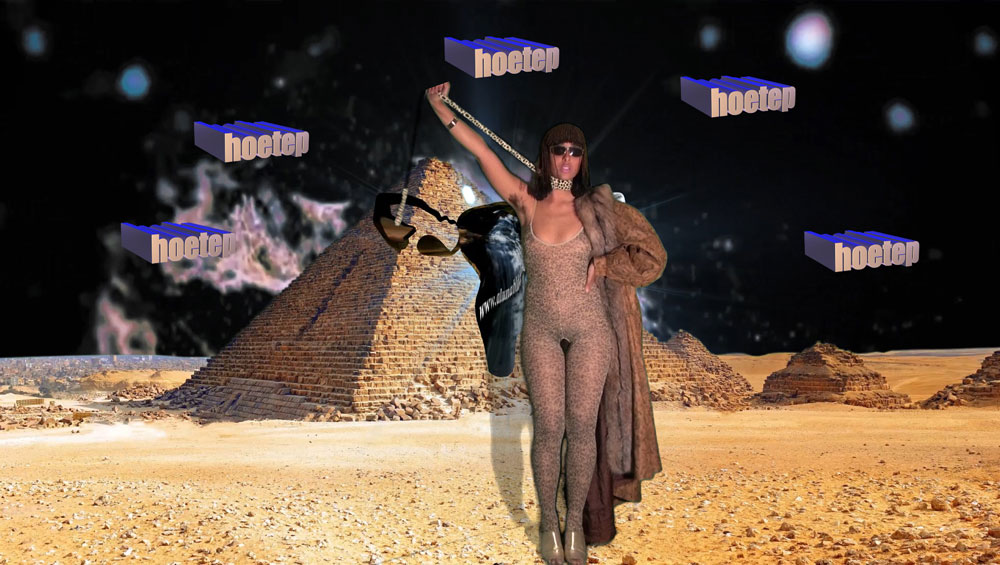 Tabita Rezaire is a French artist of Guyanese and Danish descent, who challenges the legacy of colonisation and patriarchy through healing, activism, art and film. She was born in Paris in 1989 and now lives in Cayenne in French Guiana. She describes herself as a health-tech-politics practitioner and is a teacher of kemetic/kundalini yoga: her practice extends far beyond the realm of art. She graduated from Central Saint Martins in 2013 with a master’s in moving image. Technological, spiritual and organic themes run throughout her artwork, both on- and offline. She is also concerned with intersectional politics and Afro-feminism. 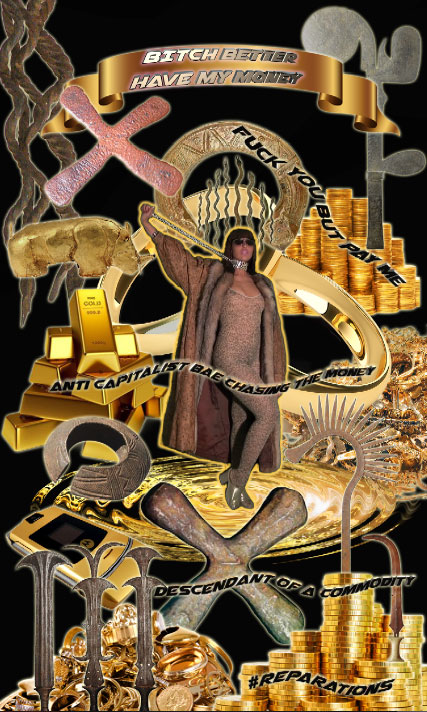 The combination of acute, bright visceral colours in her work, and its poignant exploration of sexuality, gender and technology, renders Rezaire’s work unusual. This was perhaps most apparent in her first solo show, last year’s Exotic Trade at The Goodman Gallery in Johannesburg, which explored the histories, politics and memories of information communication technologies through 13 artworks, with the aim of exposing – as the Goodman Gallery press release puts it – “the violence and erasure carried by our current networks” and exploring the potential of spiritual technologies. Her work, through image, language, form and movement, unites body, mind and spirit, asking us to confront difficult questions about the body, and about the internet as an isolating, sanctioning platform. Her work intertwines the personal and political, prompting the viewer to question their own position societally. 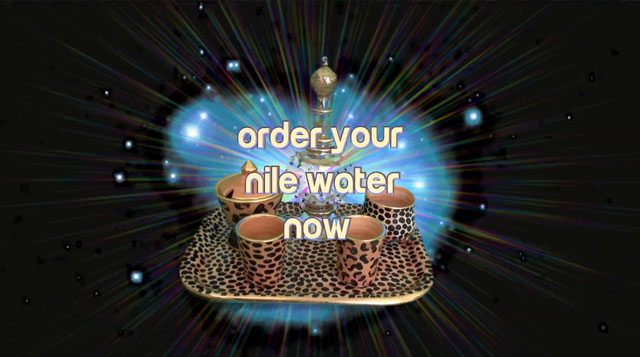 
Hatty Nestor: Your practice is often referred to as “decolonial healing”. What is the relationship between this principal and sound in your work, particularly in Seneb (2016)?

Tabita Rezaire: Decoloniality is a practice and theory of detaching from western hegemony, and it is important to note that it is a practice and a methodology of action. For me, it’s the prism of intent through which I live, love and birth my art. It’s a way to break away from all the hierarchies that have been integrated from the colonial era into the postcolonial social order – as we are still very ingrained and permeated within it. Healing is transformation, it’s becoming, it’s blooming, it’s being home and whole within oneself in order to be home and whole within our worlds. Seneb was about practising, imagining and manifesting healing through the technology of sound – exploring how sound can assist us and guide us towards decolonisation. 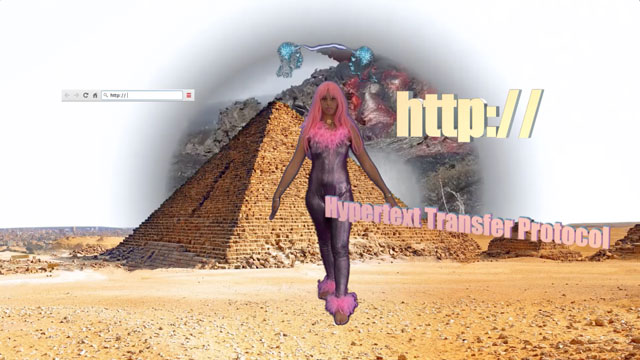 HN: In your work, you use this notion of decolonisation as a way to materialise healing. Is this an attempt to destabilise hierarchies in the artworld, too?

TR: Even though colonialism per se has legally ended, culturally, socially and politically, its legacy is still pervasive. Decoloniality is the gesture of attempting to escape from the socio-political hierarchies between people, cultures and different systems of knowledge. Healing is necessary to transform and become the best version of oneself, to realise one’s full potential. To exist beyond pain, beyond trauma, beyond historical and political narratives, to become the spirits that we are. For me, that’s what healing means. 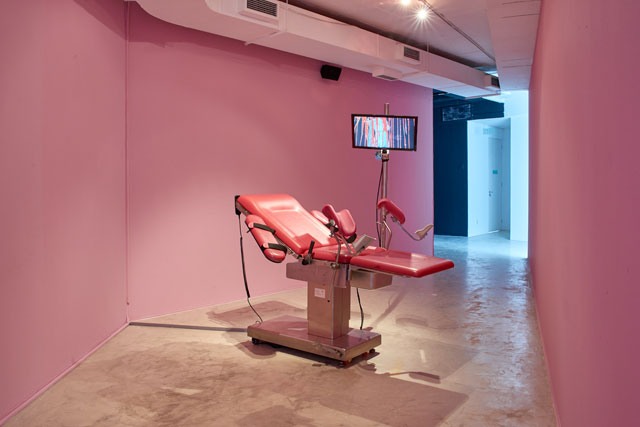 HN: How does your work Afro Cyber Resistance (2014) play into your digital healing activism? Is that the most direct way for you to show activism against white supremacy online?

TR: It’s a way, but not the best. That work was birthed out of the realisation that the internet was, as much as in real life, a space that wasn’t that inclusive. On realising that the internet was as much an oppressive space as real life, I began an online resistance. Afro Cyber Resistance is a response to cyber-racism and the distorted representation of black people, especially Africans, online. At the time, all the discussions about the internet and the African continent centred around the digital divide (limited access). I wanted to celebrate the practices from the continent that were not only defying stereotypes but were being their own centre, which was very inspiring. The work demonstrates that black people have been protesting and imagining different ways – their own ways – of existing on the internet. If we must still use the internet, how can we use it in a way that is uplifting and inspiring for the communities affected by the internet’s racism Afro Cyber resistance is a pamphlet and a call for the decolonisation of the internet.

HN: How does your collaborative practice with the art collective NTU play into this decolonisation online?

TR: NTU is a home for Bogosi Sekhukhuni, Nolan Oswald Dennis and myself. [The trio founded NTU in 2015.] We labour on reflecting, imagining and creating togetherness. We ask what does togetherness feel like, how does it work? It’s hard, and we’re struggling, but we keep trying because we love each other, and we are all animated and driven by a loving search of African technologies, which is what brought us together. Last year, at the Auto Italia space in London, we presented UBULAWU, an investigation into communication technologies from the spiritual world. We exhibited plants used in southern African spiritual traditions, which open up your dreamspace to ignite communication with your ancestors. 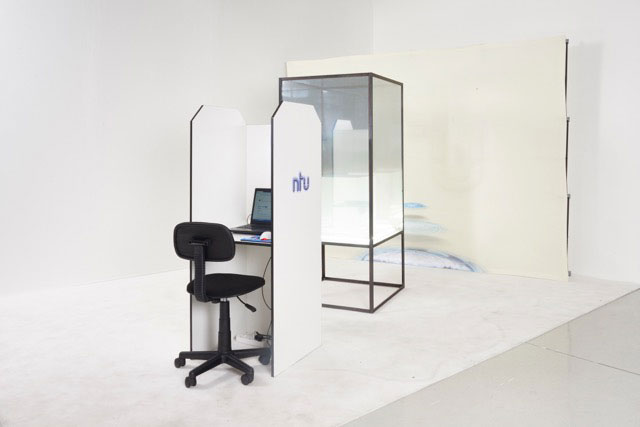 NTU is expanding its online sovereignty. We have just revived our server and we are currently hosting a platform, accessible via the deep web, which presents our research concerning free energy. We have set up an access station in Seoul and are now planning one in Beijing, but the thing with China is that Tor [a browser that conceals a user’s identity and allows them to surf the internet anonymously] is not authorised – potentially not just for reasons of censorship, but to retain independence from US cyber imperialism. To counter this, we are planning to build a wireless mesh network, which, basically, can allow you to create your own independent internet.

HN: How does Afro-feminism inform your work and affect your subjectivity?

TR: Afro-feminism deeply resonates with me. It has been very important for me to state and affirm my political identities, as a journey of acceptance, of love and compassion for self. It gave me the confidence and freedom to overcome past shame or wounding about those identities. The political agenda of reclamation was critical for my becoming, and allowed me to glow into my blackness, womanhood and queerness. I feel now though that these identities as much as they have been fundamental in my growth are not what define me. I’m on a journey of detachment, together with detaching from identity. I am a spirit and my soul is so much bigger that these 3D world frames. 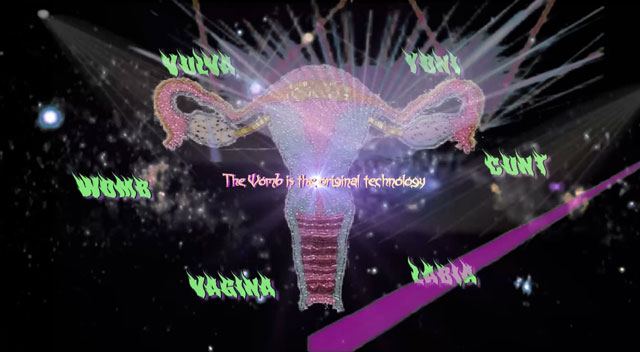 HN: Your solo show Exotic Trade (2017), at the Goodman Gallery, explored reconnecting to the body. Works such as Sugar Walls Teardown (2016), Hoetep Blessings (2016) and the Inner Fire series (2016-17) directly reference the female form and are very visceral and politically charged. Can you talk about your research into female ancestors? 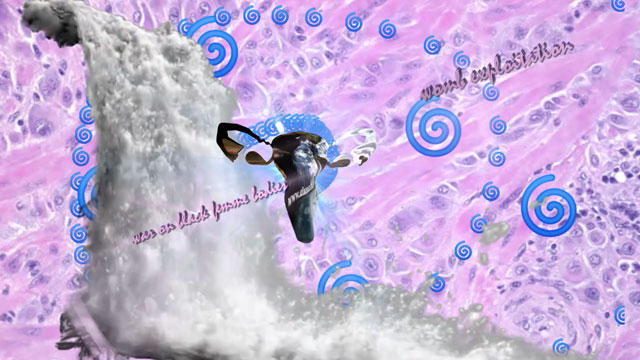 HN: So the solo show was a form of healing for you and others?

TR: It was a beautiful experience to be given space and the means to exhibit a body of work that had animated me for years. It was very healing for myself: these works were transformational for me. In the process, I realised how disconnected I was from my body. It was hard to accept as I’m very sensual, tactile and confident in my sexuality, always dancing and moving. Yet, I discovered that I was completely disconnected from my body – I didn’t know where my emotions were. I could tell stories of my hurts, but when asked, “So where do you feel this?” I didn’t know. My work was also a journey of reestablishing a connection, a conversation, and also compassion with what is stored in the body, using the body as the technology that it is – to ultimately merge myself with the divine within me. 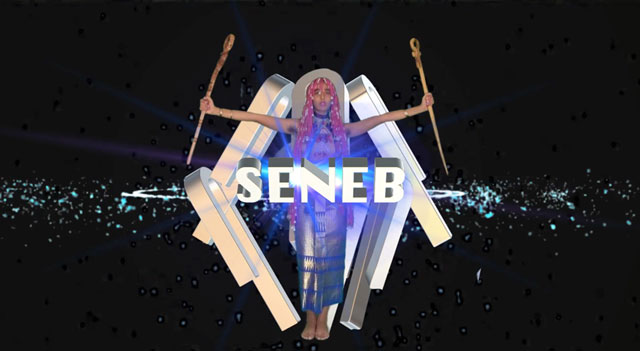 HN: Do you see reconnecting to your body as a way to ask other women to do the same?

TR: We forget that there are other knowledge centres, and that’s why I do so much work on the womb, because the womb is such a powerful knowledge centre from where we can feel, know, give birth to ideas and dreams. We store a lot of hurt in our wombs: generational, spiritual, ancestral. It is a portal. It connects us to the first womb, so we have the lineage of life itself within ourselves.

HN: Your collaboration with Fannie Sosa for A White Institution’s Guide For Welcoming People of Color (2016) is a call for art institutions to stop demanding slave labour under the guise of diversity. Does it contribute to more space of solidarity?

TR: It is less about having space, but instead monitoring what kind of space you’re given and deserving of. For all artists, the industry can be a very precarious economy – people are happy not to compensate your labour, and, in this world, compensation is mostly financial. Somehow, many still believe you can feed yourself and your family with exposure. The Guide was intended to ask artists what their needs are when working with institutions, alongside what they have been subjected to. It is a call for respect and self-respect. As an artist, you sometimes feel as though you lack agency, especially when working with powerful institutions. When there are more of us, sharing with each other, learning from each other and forming some sort of coalition, then you can gain that agency and that self-respect, because you’re being guided towards it. 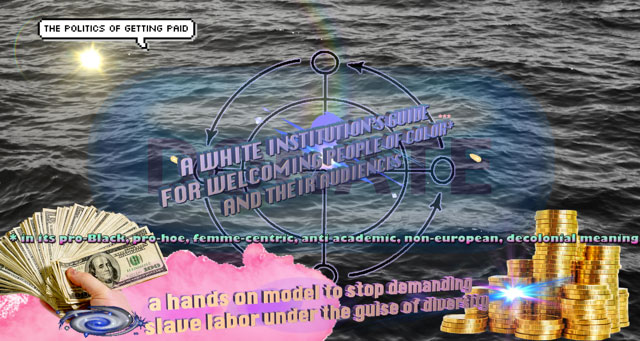 Tabita Rezaire in collaboration with Fannie Sosa. A White Institution’s Guide For Welcoming People of Color, 2016. © the artist.

HN: So it is kind of an archive to people’s responses to that?

TR: Yes – and it works. I’ve seen the difference, I’m really grateful to Fannie for initiating this. I had to learn to hold space for myself, and my heart breaks when I meet artists who are shy or afraid to ask for remuneration. But I am still learning. Once I was having breakfast with an older woman. I was feeling low key about my overworked travelling life, saying how I wished I could still make my smoothies, dreaming about asking curators for a blender in my hotel rooms. She just laughed at me and said: “Are you telling me you’re travelling the world for your art and that you’re scared of asking for a blender? You need to dream bigger!” I still haven’t asked for a blender. It’s a silly anecdote, but, on a larger scale, we are all on a journey to own what we deserve: giving it to ourselves or authorising ourselves to ask for what we need. It is difficult but necessary.