On the 55th anniversary of Sturtevant’s radical re-creation of Claes Oldenburg’s The Store, Thaddaeus Ropac places objects from this installation alongside a filmic reworking of Paul McCarthy’s Painter, bringing to the fore the equation of art, sex, food and money 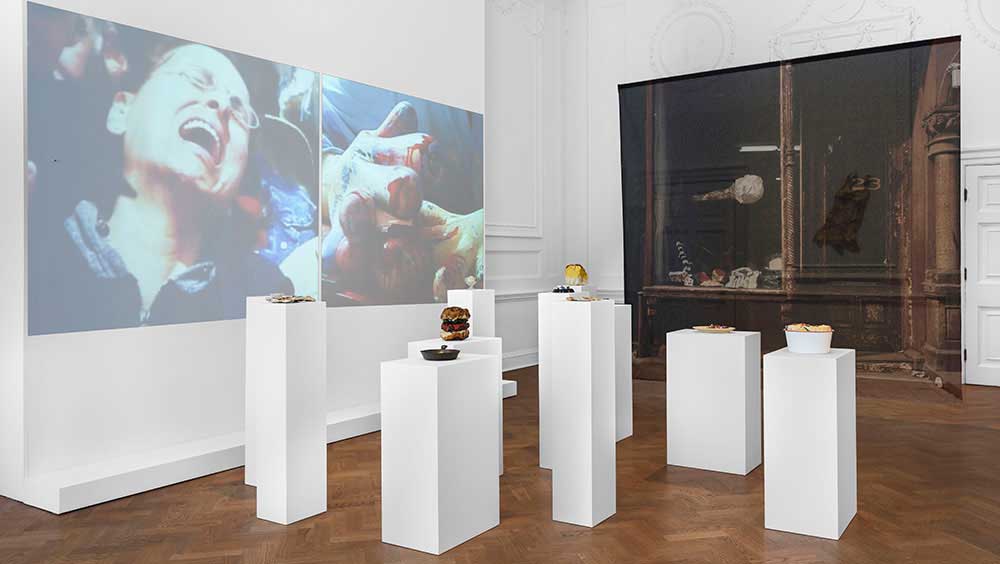 When The Store of Claes Oldenburg opened at 623 East 9th Street, Manhattan, New York City, in 1967, the eponymous artist, who had made The Store by Claes Oldenburg (note the prepositions) just a few blocks away in 1961, of which this was a recreation by the ballsy artist Sturtevant (1924-2014), reacted by cutting off contact with his copyist after attending her vernissage. He “freaked out,” Sturtevant recalls. “And he’d been very much in favour of my work. I said, ‘You can’t do that, Claes! You can’t be for me, and then be against me when I do your store.’” Additionally, Oldenburg’s dealer, Leo Castelli, is said to have felt so perturbed by Sturtevant’s pieces that he bought some purely in order to destroy them.1

On the 55th anniversary of this art-world fall-out, Thaddaeus Ropac is showcasing 14 of the objects and the advertising poster from Sturtevant’s store, alongside The Dark Threat of Absence (2002), a two-screen video work in which she re-enacts Paul McCarthy’s film Painter (1995). 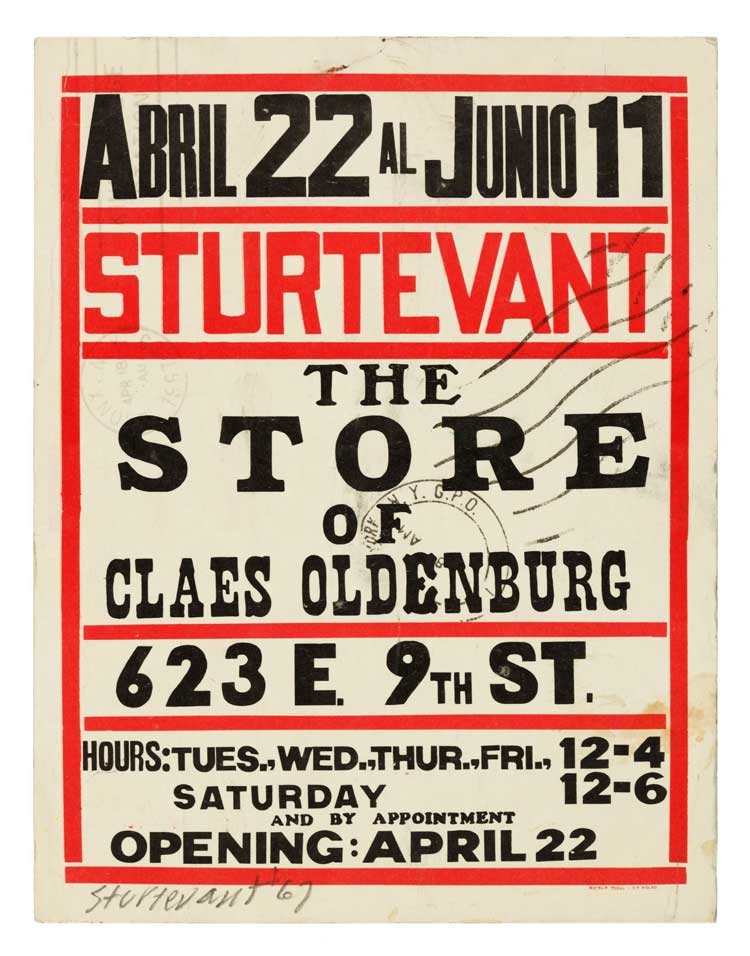 Born Elaine Sturtevant in 1924 in Ohio, the artist, who chose to drop her first name professionally so as to avoid gender-based assumptions about her work, was post-modern before post-modern became trendy. As Peter Eleey, the curator of her 2014 MoMA exhibition, says: “She was the first postmodern artist – before the fact – and also the last.”

Perhaps unsurprisingly, Sturtevant’s degrees were in psychology and philosophy, and she was a devoted fan of the French philosophers Gilles Deleuze (1925-95) and Michel Foucault (1926-84). She made frequent reference to them and their ideas, both in her work and when talking about her work. For example, she was consistently keen to emphasise that her works were not copies – aterm she found too static –, rather they were repetitions. “I was doing repetition before Deleuze wrote his Difference et Repetition,” Sturtevant proclaims in a short film on the Thaddaeus Ropac website (2012).2 Repetition, for Deleuze, can only describe a unique series of things or events. In her repetition of the works of other artists through her own actions and movements – always from memory – Sturtevant creates difference, also in the Deleuzian sense, namely the distance that simultaneously separates and connects two entities. As the art historian Anne Dressen explains: This doubling up in Sturtevant’s re-creations emphasises “the infrathin discrepancy” whereby “two peas in a pod cannot be identical, and every reprise puts restrictions on hyperrealism, because subjectivity inevitably creeps in.”3 Art is more often than not a source of repetition, since no artistic rendering of an object (or subject) is ever truly equivalent to other uses.

Oldenburg’s store, installed in Green Gallery in the winter of 1961, comprised individual sculptures of everyday consumer goods – food items, hardware and undergarments – made out of painted plaster. These were hung on the walls and laid out on tables and in vitrines. To advertise, he created business cards and posters, modelled on a black-and-red letterpress print poster he had seen in a Puerto Rican neighbourhood of New York. As a nod to this original, he retained the Spanish words for the dates. By selling his works directly in this manner, the artist obviated the need for a gallery. This installation has since been heralded as a milestone of pop art, highlighting the thin, and often tenuous, line between art and commodity. 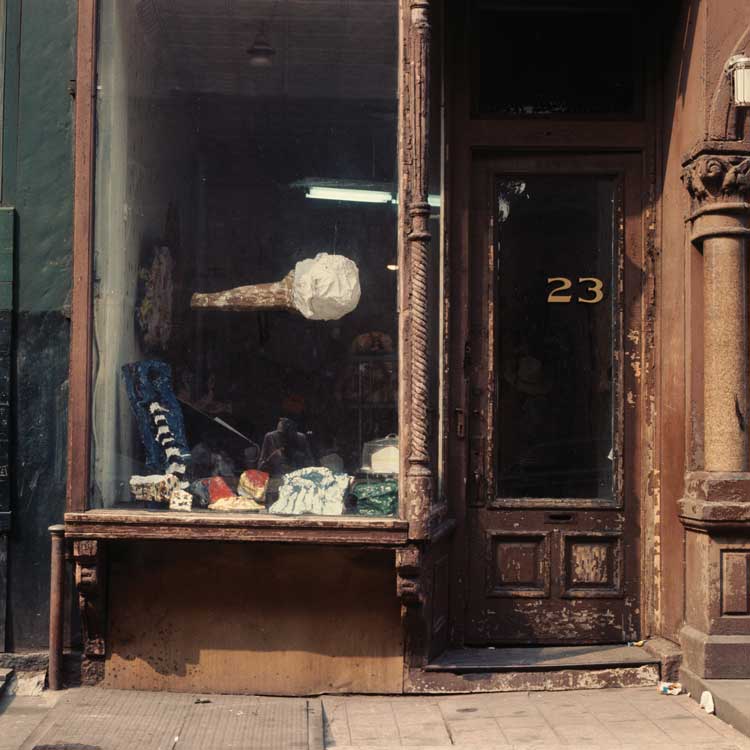 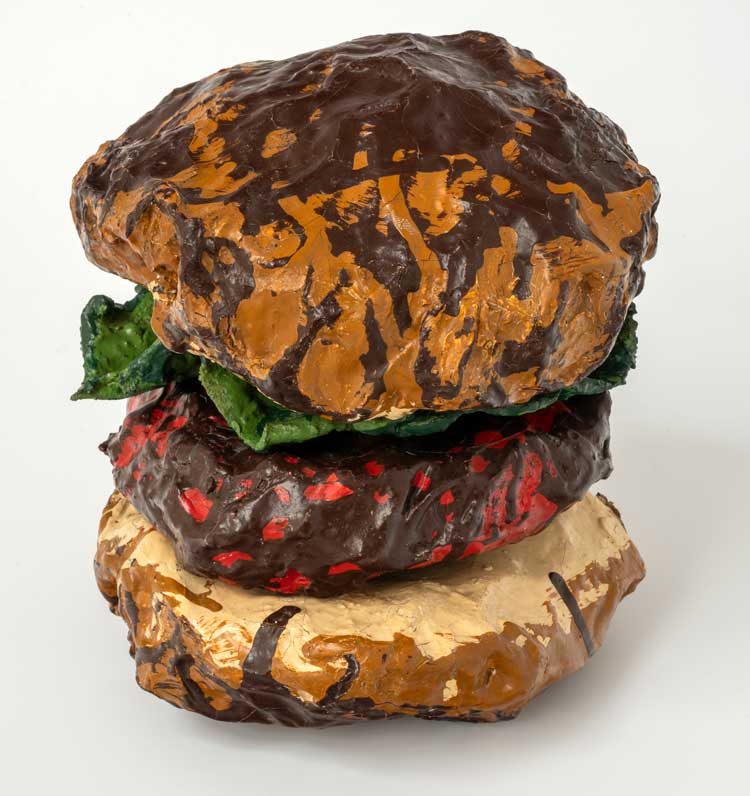 By displaying them on plinths, the gallery makes clear that these objects are both works of art and of considerable value. Quotidien food items are, in their plaster forms, elevated to high art. Furthermore, the variation in height of the plinths introduces the question of comparative or relative value, and these seemingly arbitrary choices (of plinth height) do not correlate in any way to the respective monetary values, or costs, of these items in shops or snack bars. The notion of commodification is therefore far from obliterated. 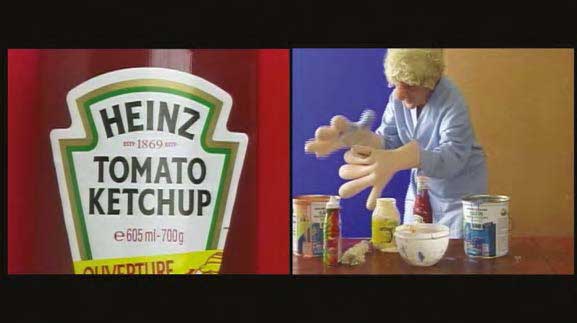 And then there is The Dark Threat of Absence playing on a loop as the stage set. At just 14 minutes, 37 seconds long, it is much abridged in comparison to McCarthy’s Painter (50 minutes, 1 second). Additionally, whereas the original is a single-channel video, Sturtevant has chosen a two-screen format, with the left-hand screen revealing and exploring undercurrents from the main film. In Painter, McCarthy places himself – dressed in a blue artist’s smock, with a blonde wig and a number of prosthetics, including a bulbous nose and oversized rubber hands with sausage fingers – in an artist’s studio, containing several large canvases, oversized brushes and tubes and tins of paint. Throughout the film, he talks and acts in an exaggerated and comic fashion, repeating the name of Willem de Kooning, the hot-tempered, abstract-expressionist artist of whom this is generally considered a spoof. Midway through the film, the protagonist hacks at his hand with a meat cleaver, eventually succeeding in cutting off his index finger. The work has been understood as a caricature of the heroic yet tortured genius artist. 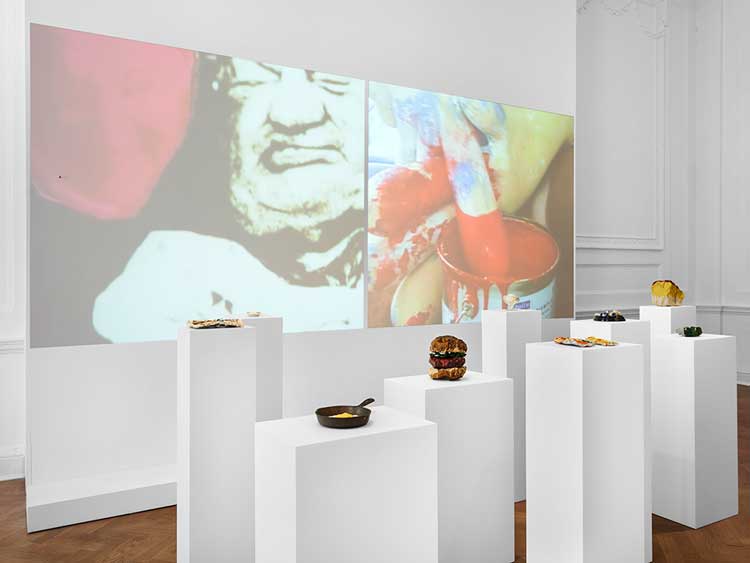 In Sturtevant’s film, this critique is pushed still further, highlighting the phallocentric nature of the myth with – on the left-hand screen – explicit, sexual close-ups and cutaways to hysterical crowds at pop concerts as the painter severs his undeniably phallic digits, crying and groaning in pain. What is the equation here, one might ask. What it takes to bring about such a state of hysteria? The thin line between agony and ecstasy (a traditional subject matter for painters within the religious tradition)? Art as a means of both creation and destruction? Sturtevant’s painter additionally grabs hold of oversized tubes and bottles of ketchup and mayonnaise, which he mixes into his paint, adding the paralleling of art and food, already seen in The Store. And his repeated shouts of “Money, money, money! You owe me money! I want my money now!” (accompanied by deep breathing on the other screen) introduce, once again, the concept of art as a commodity. 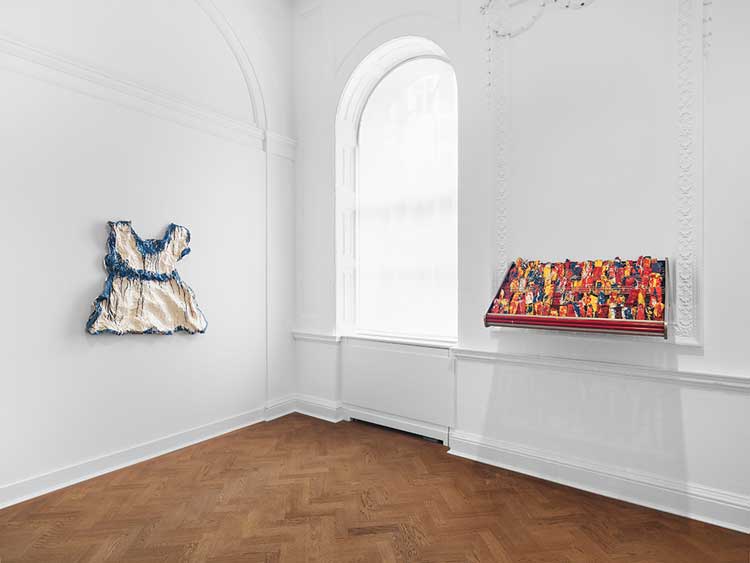 Overall, The Dark Threat of Absence, particularly in adjunct to the objects from The Store, presents a satire of the art world at large. Although made more than half a century apart, the two works speak to and of the same primary themes – art as a commodity, and the relationship between art, sex (note also the deliciously, and yet suggestively, crumpled slip and dress on the walls of The Store), food and money – thus complementing one another and leading to deeper consideration than when staged alone. These parallels were perhaps succinctly expressed by the former director of the Metropolitan Museum of Art, Thomas Hoving, when, referencing the New York art scene of the 1960s, he exclaimed: “Art is money! Art is money-sexy! Art is money-sexy-social-climbing-fantastic!”

Above and beyond this, however, it has been argued that, rather than seeking solely to reveal the commodification of art, Sturtevant was closer in spirit to the Argentine writer Jorge Luis Borges’ fictional character Pierre Menard4, who re-creates several chapters of Miguel de Cervantes’ epic novel Don Quixote (1605), not by simply copying them, but by “becoming” Cervantes and channelling his work, while simultaneously remaining himself and therefore creating a new text. Similarly, Sturtevant might also have made her re-creations in order to understand the process that brought the original works into being. She alluded to this when she said: “Not stubbornly worrying about the resemblance alone but working towards an absent original in a convincing manner. Taking the same tools and the same colours. Understanding why and how it was done.”5

In the MoMA catalogue text from her exhibition in 1971,6 Sturtevant clearly stated what she was not:

Additionally, she said in an interview in 2013: “The appropriationists were really about the loss of originality and I was about the power of thought. A very big difference.”7 And indeed, it is clear that Sturtevant’s work was about much more than appropriation or copying. As Eleey recognised, she made style her medium. Thus her work is at once art and commodity, “thing” and thesis.

2. Difference and Repetition (1968) is considered one of Deleuze’s key publications and offers an exposition of his critique of identity, based on his definitions of the titular concepts, whereby difference implies divergence and decentring and repetition is associated with displacement and disguising.

3. Cited in the gallery text to accompany the exhibition.

4. Pierre Menard, Author of the Quixote is a short story by Jorge Luis Borges which was first published in Spanish in the Argentine journal Sur in May 1939. 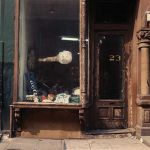 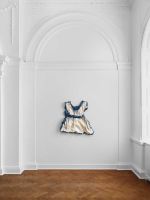 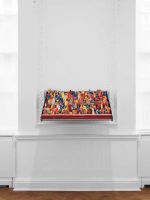 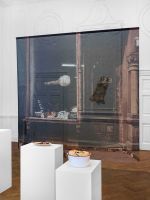