Shirazeh Houshiary: ‘We can’t fix our identity or our borders, the only real border is our skin’

Shirazeh Houshiary: ‘We can’t fix our identity or our borders, the only real border is our skin’

Houshiary talks about evolution, Einstein and shamans, and how her work involves thinking in other dimensions 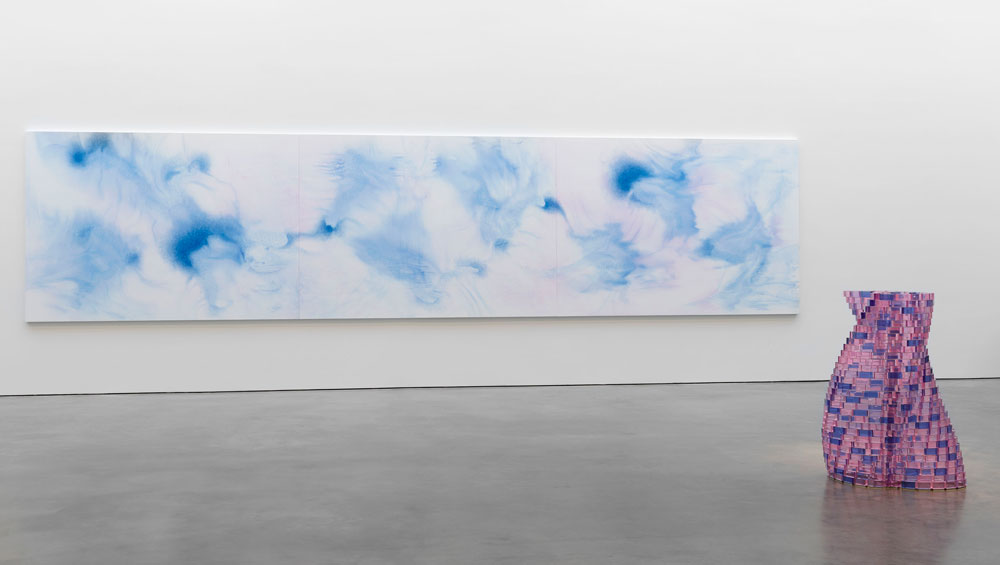 Nothing is deeper than the skin, London-based multidisciplinary artist Shirazeh Houshiary’s current exhibition at the Lisson Gallery in New York, combines aesthetics and the history of art, physics and poetry as a way to express her recurrent theme of a universe in flux, in disintegration. These works, characteristically, are of extraordinary delicacy, their ephemerality possessing a fey distinctive beauty that seems on the verge of transformation. It is this state of precarious balance that provides the perceptual and psychological tension that is the essential source of their charisma, like the moment, perhaps, between the inhalation and exhalation of breath. 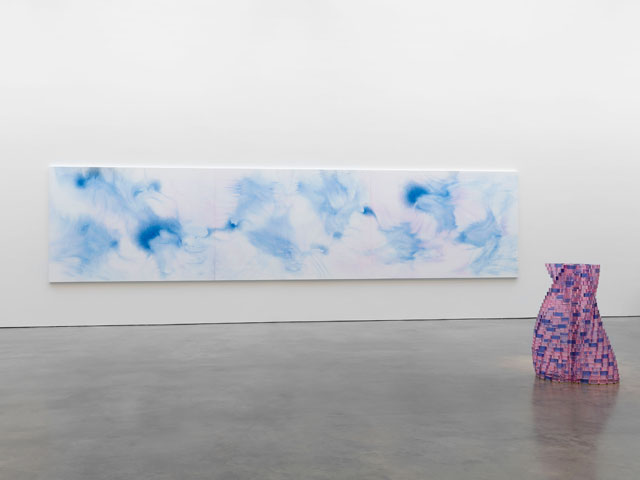 Houshiary was born in Shiraz, Iran in 1955, where she attended university before moving to London in 1974. The following is an edited excerpt of a conversation between the artist and Lilly Wei at the gallery.

Lilly Wei: You went to London from Iran in 1974? Was that a political decision?

Shirazeh Houshiary: No, I was too young and Iran was different then. It was a free society even if we had a shah. People don’t realise that democracy isn’t acquired just like that; they have to learn what it is. My father said that democracy was like a bicycle. You had to learn to ride the bicycle. So many countries have suffered because they don’t understand that. Changes come slowly; different cultures require different evolutions. I’ve learned that. I live in Britain and it’s had a democracy for some time, but they had many problems before it was established. 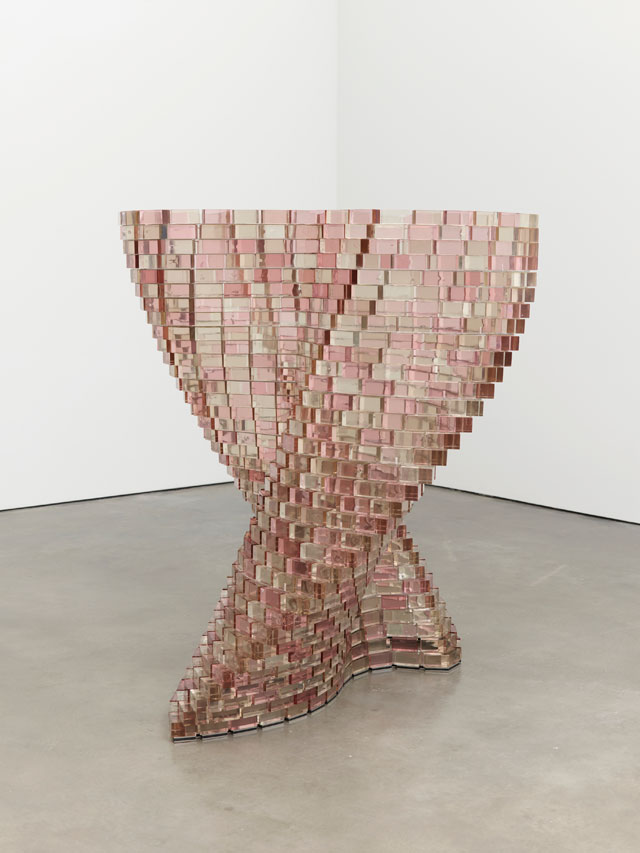 LW: Did you plan to stay in London?

SH: At that age, you live in the moment. I went to London to Chelsea School of Art (now Chelsea College of Arts) and stayed because Iran had a revolution in 1979. I couldn’t go back. I might have been killed in that society, since I would not have been able to keep silent and the new Islamic republic was a very brutal regime.

LW: And what did you study?

SH: I was interested in theatre at first, then moved into visual arts. It happened very naturally. 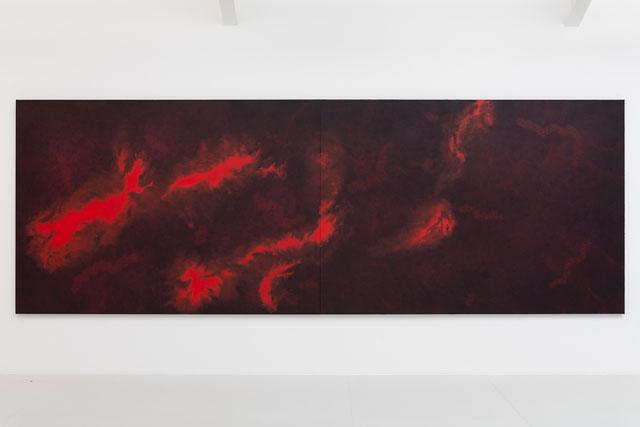 LW: Chance, you have said, is important to you?

SH: Yes, it is very important to me – and more and more so. John Cage, who based his work on chance, is my favourite artist. He is like Einstein – they are both special people who think in other dimensions. Chance not only exists in nature but also in history, in science, in art. In the Altamira caves [in the north of Spain], humans created images more than 35,000 years ago. I try to understand why they did it. It has to do with the neurological system in our brain. We have a spectrum of consciousness unlike other species. So why did we make images? Because it is social. Art is a social activity that creates patterns of social structures, of rituals. 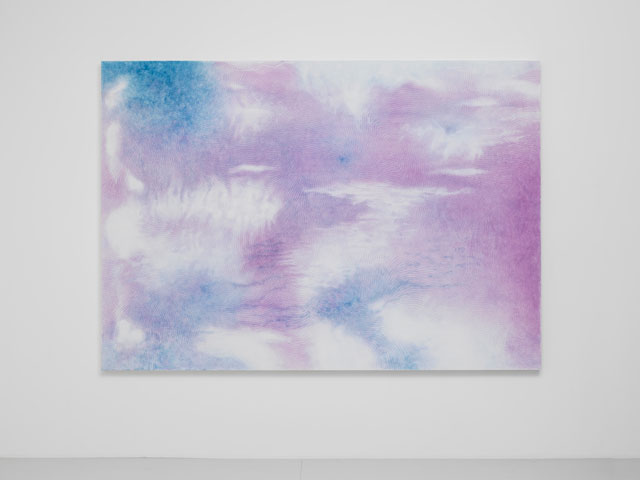 LW: So the basis for our need for art is neurological, embedded in our consciousness?

SH: It is responsible for the way our brain has evolved and this evolution has determined how we create society and its structures. And with that, our predecessors have always felt that there was the supernatural. They were also able to project imaginatively. So the human race has evolved through making images to what it is today. Making art has played a powerful role in our system of evolution; we don’t realise how essential it is. Even our sciences are based on that kind of imagination. Whether shaman or astrophysicist, it is the same curiosity that leads us to penetrate what is beyond what we see and know. There is no difference.

LW: What drives your curiosity?

SH: It is to understand who I am. How do I describe myself in relationship to the world? What is my identity?

LW: How would you describe or define identity?

SH: Many years ago I did a thought experiment about identity. I looked into the mirror to see what I would see and saw no image of myself. But my breath left a vapour on the surface of the mirror. I tried to see if there was anything I could grasp, and the vapour evaporated. This was a thought experiment that tried to understand how we define ourselves. And there is the well-known thought experiment Einstein conducted, which was beautiful. He wondered if he would see his reflection when looking into a mirror while travelling in a train at the speed of light – and this is where his theory of relativity came from. While I am not a physicist or a mathematician or Einstein, we were both thinking imaginatively, our thought experiments are reveries, imaginative visualisations. My thought experiment was similar, trying to understand that there is no fixity. Identity is constantly changing, so if it is constantly changing, how do we define ourselves? And that’s one of our problems. We constantly try to fix ourselves and there is a clash between reality – what’s outside – and our psychology – what’s inside. 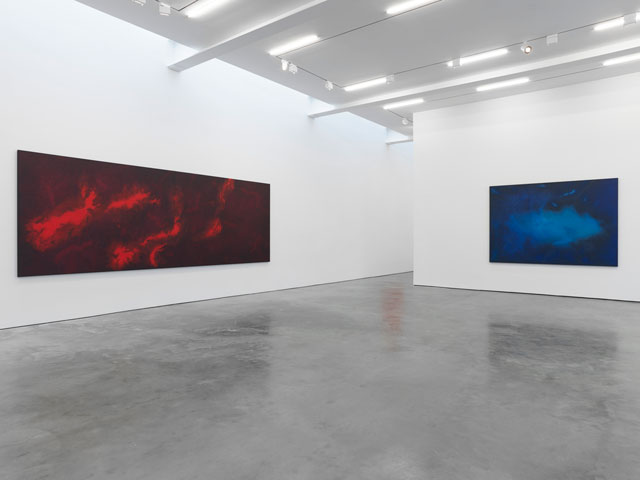 LW: So hence the title of your show, Nothing is deeper than the skin?

SH: Yes. We can’t fix our identity or our borders (borders are artificial, like borders between race and country), the only real border is our skin. The skin is the first border between the external world and us; it separates and connects us. We feel heat and cold, we see through our skin more than through our eyes. It is very powerful; sometimes it protects you from the outside world, sometimes it has to be shed otherwise you die inside. Sometimes the skin is like a chrysalis that transforms. It is politically charged. We judge people through skin. Our identity is determined through fingerprints, skin. Everything changes but this doesn’t change.

LW: And breath was a recent subject of your work also.

SH: Yes, and now skin, so breath and skin. I’m dealing with a spectrum of consciousness and trying to figure out why we are the way we are and why we create so many boundaries and separations, why we make so many problems for ourselves. Scientists such as Einstein go beyond the immediate phenomena, even beyond commonsense. It is very shamanic.

LW: Do you think that’s your role also?

LW: Would you discuss the sculptures in this show?

SH: I always make sculpture but I don’t like to be or do just one thing because it becomes too narrow. I like the difficulty of seeing the world on many levels, as two dimensional, then three dimensional, then as material, then as animation that is completely digital without space or materiality. It helps me to understand the world we live in. When you look through different windows, you understand that the window that you had been looking through is not the only one. They are not fixed and when looking through many windows, you see and make something more real. 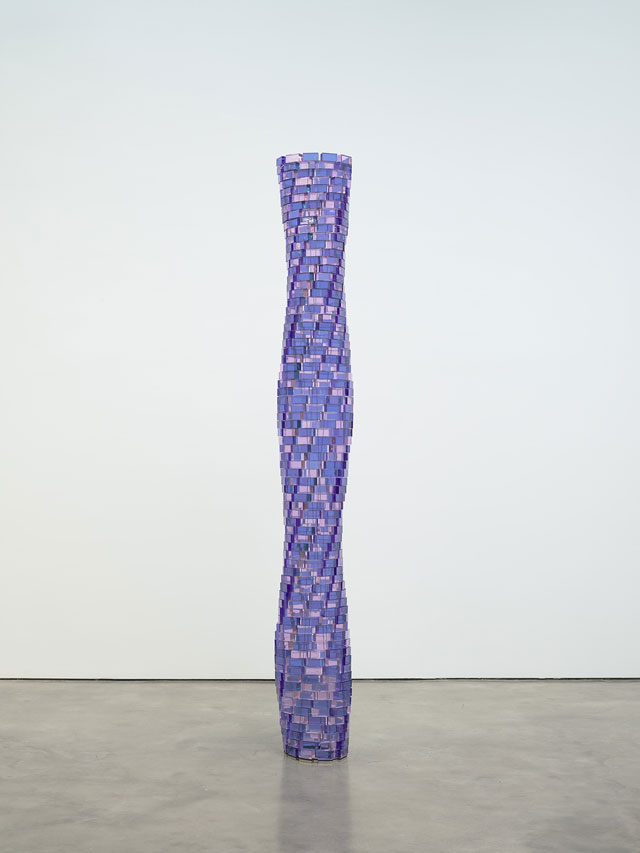 SH: It’s named for the skin of the snake that is left behind. We leave our skin behind so ideas can change, like the skin of a reptile has to change since otherwise it will die. I use Murano glass to make these blocks. I’m interested in building blocks and I use these blocks to construct as nature does and as the computer does. They are fragile, brittle and transparent and the corrugations they make suggest the skin of a snake. I like glass because it is like water. It is silicon-based and immediately becomes cool so that the atoms don’t have time to crystalise, and that makes glass more transparent. That’s why it has the visuality of liquid, of frozen water.

LW: You also talk about how water is so important to you.

SH: I am fascinated by the idea of water. It can take any colour and any shape. Absence and presence intersect and they are not separable. I see it like a skin. The water has accidental piercings and the skin has accidental piercings to connect us to the world. The universe, your body, it is all water. We are made mostly of water. It is the genesis of everything, but doesn’t have any form itself. I like the idea of the amorphous quality of water.

LW: And the paintings?

SH: These paintings are organic, not mechanical. They are very simply made; I do it all by hand. People are shocked when I tell them. I get on the floor and use fingers, pencils, cloth – very simple tools. I hardly ever use a brush. It is done by pouring and fingers. I want to do something organic. I call this “process” since we don’t use the word “supernatural”. Process is a more scientific term. I also use the term ritual; it is a ritual. 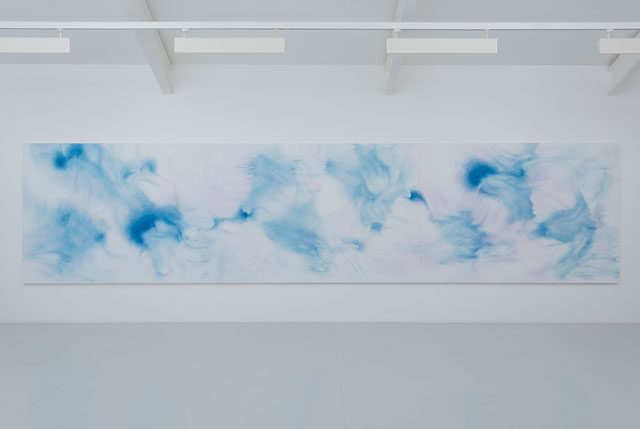 LW: Would you talk a little about the process you used to make Flit (2017). It’s enormous.

SH: Yes, it’s a triptych and it is the first time I have made such a big painting. I poured water over the entire surface, leaving marks. Then my own mark-making had to collaborate with that of the water. It is a ritual of tangled energies and creates the painting. I need both agitation and calm, not just one. Once I get into this state of mind, my concentration is immense. This took three months to complete, working every day, from morning until evening.

LW: You often refer to time.

SH: I’m very interested in how time has a very different meaning when we look outside of ourselves and we must do that. We are not the centre of the universe. We are tiny things on a tiny planet among millions of galaxies. But I think we are inevitably coming closer together, evolving together; I am fascinated by this.

• Shirazeh Houshiary’s exhibition Nothing is deeper than the skin is at the Lisson Gallery, New York, until 22 December 2017. 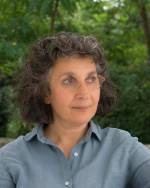 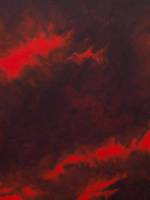 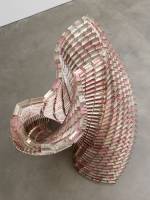