Once every three years, the islands of Japan’s Seto Inland Sea are transformed by an influx of artists bringing new ideas through a variety of works and installations 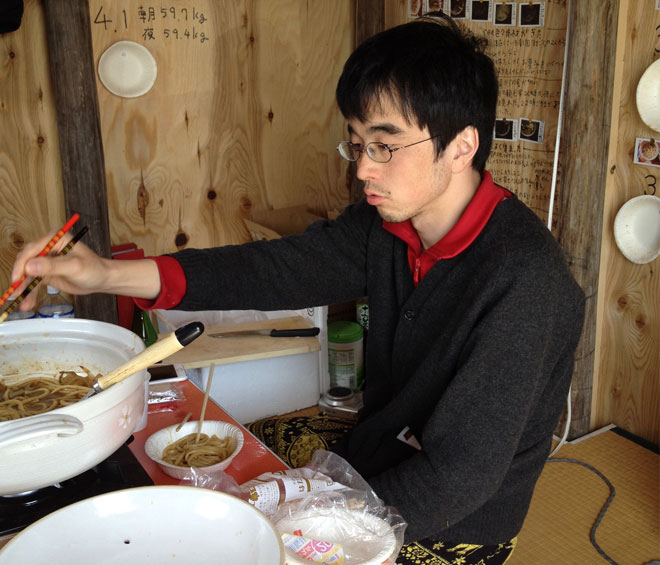 Every three years, the Setouchi Triennale is held on the islands in the Seto Inland Sea in Japan. It has become a pilgrimage for art lovers since it was launched in 2010. This year,  the largest of the triennale’s venues, the island of Shodoshima, has 50 artworks and installations, mainly by Asian and Japanese artists, who bring a new perspective to the local area.

In the 17th century, Shodoshima became known for its monolithic stones, which were used to build Osaka castle, and the island has long been an important port for traders delivering goods from other islands in the west of Japan and to the mainland. The arriving boats not only brought goods to Shodoshima, but a wealth of culture. These outside influences have been incorporated into Shodoshima’s own culture. However, islanders who still take pride in this heritage were not so open-minded when it came to bringing in progressive contemporary art. Artist Noboru Tsubaki, the director of A Future for Shodoshima project, points out that people in Shodoshima take pride in their heritage as merchants. “They welcome outside influence when they know it can relate to their life and bring fruit to the region,” he says. “However, contemporary art initially seemed to have no relation to the locals. Island life moves around agriculture. People place importance on festivals, [and] rituals that are linked to agriculture and praising a deity.”

There has been immense success on another island, Naoshima, which has a population of around 3,200, where the introduction of contemporary art has had a positive impact on tourism, cultural wealth and the economy. However, it took hours of discussion and negotiation for Tsubaki to convince the authorities and residents of Shodoshima that artists could build positive new relationships with the locals on their island, which has a population of around 30,000, around 10 times that of Naoshima. Tsubaki is clear that he wasn’t trying to persuade people that art would enrich their culture. Instead, he says: “No, I wanted to convince island people that art can bring commerce and economic benefit to the region. I wanted to make a revolution. To do so, I didn’t tap into artists who are considered as mainstream in the art market, but I brought in artists who will agitate, electrify the region.”

In preparation for this year’s triennale, artists from across India, Taiwan, Indonesia, China, Thailand and Japan, as well as some from Europe and the US, arrived at the various ports around Shodoshima. On this island it is essential to build relations with the locals in order to maintain a living. For this reason, artist Satoshi Murakami, a graduate of architecture, built a small hut, Komame-tei, less than eight square metres in area, where he lived and slept during the spring session (the triennale takes place during three distinct phases – spring, summer and autumn). Every day, Murakami cooked food in his hut and invited curious local people to enter and participate in his daily ritual of eating. “I realised that eating, which is a fundamental human desire, is what makes [keeps the] economy going. I go to market to buy groceries, but neighbours who are concerned for my health, or people who are curious, bring food for me to cook. Eating makes me connect with the local people,” says Murakami. He recorded the participative ritual of sharing each meal of the day with neighbours and tourists in sketches, which are pinned on the wall of Komame-tei.

A Japanese art trio, Me, transformed the ordinary scenery of Shodoshima with their work Maze Town – Phantasmagoric Alleys. This artwork plays on the famous maze-like arrangement of houses and streets in the Tonosho area of the island, which were initially designed as a way to prevent pirates invading the village. The artists turned a former cigarette store into a white stucco cave-like maze. The facade of the cigarette shop, where people enter, is as it used to be, but, once through the door, the visitor is immersed in a totally different world with no sense of the past, before coming out to find themselves once again in front of the old cigarette shop.

Meanwhile, Indian artist Sarnath Banerjee brings together his views on rapidly changing contemporary society in India with his outsider’s interpretation of Japanese society, formulated during his stay in Japan. His insights are displayed in his imaginative graphic novel Haragei, whose illustrations amusingly convey how the conveniences of urban life are leading to the neglect of heritage.

Sosa Joseph, an artist from Kerala in India, has made a series of paintings during her residency on the island. Joseph was intrigued by the indigenous festivals that play an important role in the daily lives of the locals. Her series of paintings What Are We? depicts the lives of Indian women preparing for local festivities. However, many of the women are painted without faces, which gives the figures a feeling of universality. Oscar Oiwa, a Brazilian-born Japanese artist, has brought his outsider point of view to the island through his 360-degree panoramic drawings depicting views of Setouchi. The artwork fills a six-metre diameter inflated vinyl dome. In part a nostalgic depiction of an idyllic seashore village, US-based Oiwa’s view of the island is not that of a specifically Japanese scene, but more like an artist’s search for belonging.

Just as merchants in the past brought exotic goods to Shodoshima, settled for a while and then took back what they had seen and experienced to their homeland, artists are now bringing unique values and ideas to the island, even in this internet-connected homogenised society. A wealth of performances and food experiences await the visitor to the triennale, an event that can be enjoyed even more if one gets to know the locals.

• The Setouchi Triennale 2016 is on until 4 September and then again in the autumn from 8 October to 6 November. It takes place across 12 islands of the Seto Inland Sea, the largest of which is Shodoshima. 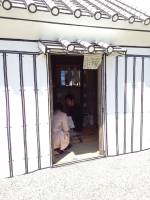 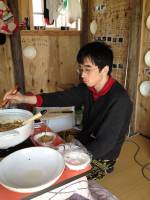 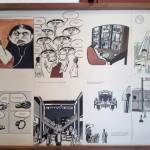