The first Sapporo International Art Festival is taking place in Sapporo city, which is on Hokkaido, Japan’s second largest and northernmost island. The festival’s guest director, musician Ryuichi Sakamoto, chose as its theme City and Nature, hoping that art will become a medium by which the audience can learn about the history and topographical nature of Sapporo, and enable visitors to examine how cities can coexist with nature.

Sixty-two artists and groups from Japan and abroad were selected. They include Japanese artist Aiko Miyanaga, photographer Taiji Matsue and media artist Daito Manabe, as well as the physicist Ukichiro Nakaya, who died in 1962. The main exhibition is at Hokkaido Museum of Modern Art and Sapporo Art Museum, with other works on show at numerous venues around the city.

Hokkaido Museum of Modern Art, situated at the heart of the city centre, was chosen to host those works that have a more scientific approach or address the modernisation of Sapporo. Artist Masao Okabe, who was born in Hokkaido in 1942, covered the floor with drawings of defunct coal mines in Yubari, Hokkaido, then put reinforced glass on top so that visitors can walk over the works as if they are standing on the history of Hokkaido. In this way, visitors gain physical experience of a fragment of the modern history of Hokkaido. Yubari, which was founded as a coal-mining town in 1943 [the mines closed in the 1980s], played an important part in the modernisation of Japan in the late-20th century.

Also in the museum, visitors can peak into the microcosmic beauty that Hokkaido’s severe winter snow brings: snow crystals. Visitors will be mesmerised by the extensive photographs of man-made snow crystals created by Nakaya, who researched how different climatic conditions affect the formation of snow and, in 1936, was the first person to create artificial snowflakes. Visitors can experiment, making their own snow crystals using Nakaya’s device, which controls the temperature and moisture vapour to produce snowflakes.

At Sapporo Art Museum, curator Shihoko Iida chose artists whose work tells us more directly about the nature of Hokkaido. Miyanaga takes us deep into the rich water vein of Sapporo with her installation Soramimimisora (2014). She was inspired by water deep underground in a closed mine in the upper stream of the Toyohira river, one of Sapporo’s primary waterways, and decided to use this water to glaze earthenware bowls. Her sound installation is an outcome of firing ceramic bowls that occasionally emit cracking sounds due to the instability of overglaze. “These unpredictable cracks, which are a result of differences in the formula of the glaze, continue to make sounds even after the firing. Together with the fact of using water from the vein that has nurtured the city for centuries, the ceramic bowls somehow connect us to the past,” says Miyanaga. While Miyanaga goes deep underground in Sapporo, Matsue scans the surface. His aerial photographs, which the artist describes as “collecting samples of the Earth’s surface”, document the military post of the Japan Ground Self-Defence Force in Sapporo, which are quintessentially Sapporo.

Sakamoto has his own sound work on show, in the glass pyramid at Moerenuma Park. Forest Symphony (2013-14), a collaboration between Sakamoto and media researchers at Yamaguchi Centre for Arts and Media, is an installation of audio speakers hanging from the ceiling to hear the “voices” of trees. Sensors are mounted on 11 trees in Sapporo, elsewhere in Hokkaido and other parts of Japan, as well as in England and Australia. The sensors pick up bioelectrical potential data from each of the trees. This is then converted into sound and transmitted in real time to the audio speakers in Moerenuma Park, allowing visitors to be aware of the existence of trees around the world. If visitors have the patience to remain in the gallery for long enough, they will notice that the trees emit different noises depending on the time of day. This project is a culmination of Sakamoto’s continuing interest in extracting the living energy of trees in audible form. Although the sounds are not to be taken as music or aesthetically beautiful, they are the breath of living trees: the trees are no longer static, but form an orchestra.

The musician also collaborated with Manabe on the sound spectrum Sensing Streams. Displayed on a 4m by 6m 4K monitor is a sound spectrum that captures various electromagnetic waves from around Moerenuma Park, where the display is installed, as well as from around Sapporo city. Sensors collect all sorts of electromagnetic waves in real time that surround people living in modern society. The collected waves were coded into sound and visual data to allow the waves to be seen and heard. Sensing Streams is an underlying theme in the festival. Geographically, Sapporo city was planned encompassing a rich vein of groundwater. Festival artists refer to this in various ways. Artists such as Manabe allow the audience to sense “streams” in invisible waves, while Japanese duo So Kanno and yang02 interpreted streams of human traffic in the underground of Sapporo city.

The city has a well-developed underground city with shopping malls. Realising that every day, more than 70,000 people use these underground streets, which cover more than 500 metres in length, the duo tried to incorporate the dynamism of human traffic in their work. They visualise this stream of traffic in Semi Senseless Drawing Modules (2014), a drawing module device fixed to the street wall with sensors that count the number of people passing by and the humidity and temperature and reflect those data into programming signals so as to draw endless lines. While people go to the museum expecting to see artwork, here in the underground street, is a public space where people from all walks of life pass by not expecting art-work. Some people stop, becoming curious when they notice that the device is drawing lines; others simply don’t notice it at all. During the 72 days of the festival, the lines will eventually become like an abstract painting, changing as the volume of traffic, the humidity and the temperature change.

Now that media technology is in the hands of everyone, media art is becoming increasingly democratic, which is good in that it brings in to art festivals a young audience who were not previously art lovers. 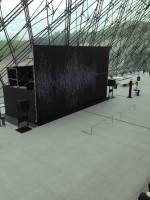 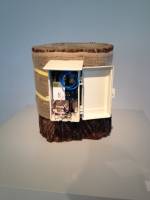 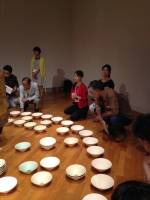 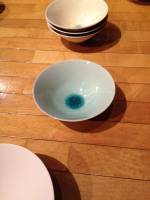 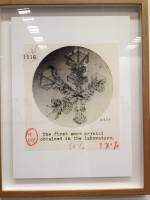 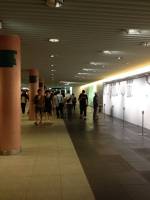