Ryan Gander: ‘The best art provokes you without you even realising’

Ryan Gander: ‘The best art provokes you without you even realising’

The artist discusses his latest exhibition, Fieldwork at the Lisson Gallery, London, why he put his phone number on the billboard outside, the use of Picasso’s signature by Citroën, and why a child’s reaction to art is so interesting

Ryan Gander (b1976) has managed to cement his place as one of the key figures in British art in the 21st century. His relevance has not gone unnoticed abroad either, with his work featured in the 2008 Sydney Biennale, the 2011 Venice Biennale and, in 2012, the Shanghai Biennale and documenta 13 in Kassel. It’s difficult to say exactly what Gander’s practice is. He has made jewellery, a new word, a children’s book, customised sportswear, glass-orb paperweights, typefaces, drawings, photography and film. But herein lies his genius: you can never predict what Gander is going to do next. His desire for invention – and indeed reinvention – is what makes him the artist’s artist.

Having discussed with Gander the fact that my grandfather, like his father, worked in a car factory in Cheshire, we moved swiftly on to the topic of his latest exhibition, currently showing at the Lisson Gallery in London. Fieldwork is a collection of interlinking new works including a tent, a helium balloon, the clothes of absentee statues, the artist’s phone number and a pebble beach, to name but a few.

Alexander Glover: So what was the thinking behind Fieldwork?

Ryan Gander: There are loads of things that made me make it. The first impetus is quite a logical one: I had too many ideas and I make too much work. I constantly have cash-flow crises because I spend so much money on making stuff, but I love doing it. About 90% of what I make has to be funded by me. Anyway, this show is an accumulation of four months’ work – 66 objects. That got me thinking about the idea of a collection. Museums have collections, private individuals have collections, and artists are fanatical collectors because the idea of “practice” is to do with repetition (which is the same as collecting). It just seemed logical and I didn’t know anyone who had done it who was an artist. Although someone like Joseph Cornell could be seen as a collector.

AG: Your idea “Culturefield” has resurfaced in this exhibition. Would you like to explain more about it?

RG: I’ve been playing around with this idea for about four or five years. It’s basically an imaginary place of high-level creativity. When good ideas happen, it’s like there’s a valve in your brain that opens up more passages.

AG: It’s quite Orwellian, isn’t it?

RG: It is. It’s a bit like that book News from Nowhere by William Morris. It’s a time travel book set in the future in London where there is an emphasis on arts and crafts.

AG: Why did you include your phone number in the exhibition?

RG: On the billboard outside the gallery there is the phone number of the artist’s [Gander’s] second phone. The phone is usually in my pocket and this whole thing is proving far more interesting than initially predicted. It’s proving to be a catalyst for other things to happen. It’s definitely opening up options for future works. One person has texted me a photo of the billboard outside the gallery every single day. I’ve also had about 300 calls with some pretty crazy conversations. I’ve had wrong numbers as well as people calling up saying that they’re going to complain to the council because the sign is unauthorised. It’s been quite amazing really with the range of phone calls I’ve been receiving.

AG: I don’t know if you know this, but Gilbert & George used to include their phone number on their early works. It was PR in its purest form.

RG: Those are the framed works, right? It would be in the corner of the work and there would be about seven digits because it was from a long time ago? Yeah, I think I have seen that actually, but I never realised what those digits meant. I thought it was a serial number or something. It’s funny because I did include my phone number on the billboard with the idea of PR in my mind, but in a ludicrous way. Not to sound too big-headed or anything, but I don’t really need the PR. I have too much work, that’s my biggest problem. I thought it was interesting because I didn’t even think about what the response might be. I just thought that it’s quite ridiculous to put your phone number on a billboard outside the space. The typeface that I made to put the numbers in is based on typefaces from Mexico City. I have a big archive of Polish billboards without adverts on – they’re just very plain. The other archive of billboards I have are Mexican and they have handwritten phone numbers on them. They are painted on by hand via a ladder. What you end up with is a very weird typeface created with the privilege of perspective. I created my own numerical typeface and used it for this billboard.

AG: Typefaces – yet another string to your bow.

AG: Well let’s talk about that. In the majority of interviews with you that I’ve read, the interviewer talks about how creative you are. But it seems strange to talk to an artist about being very creative. Surely that’s what’s to be expected?

RG: For me, your interpretation of that is that this level of creativity should be the norm. It’s not that you have a high level of expectation. I totally agree with you, I think ideally all artists should be very creative, but they’re just not. Picasso was highly creative. When you look at his practice over that vast span of time, there are so many different styles and transitions. He was an incredible artist. He was far beyond any of his creative contemporaries. There is a story that Picasso would always compare artists with bakers, each with their own distinct shaped cake tin, from which they would bake the same cakes day after day. He said his objective was to redesign the cake tin every day and just bake one batch from each.

AG: Speaking of which, you included a napkin with Picasso’s signature on it as one of the objects in the show. It’s placed next to a plate with a dead bird. What does this signify?

RG: The bird is a dead ortolan bunting. It’s a rare bird you get in Europe. It’s a French delicacy. You’re supposed to drown it in cognac, pluck its feathers out and then it’s so tiny you can just eat it whole with the legs and bones still intact. I read a weird thing that when you eat it, there is a combination of richness of fat and salt of blood – it’s so rich, like foie gras, due to the cognac and it being so well fed – and apparently the taste of blood is from one’s own mouth as the tiny shards of bone cut your mouth. It’s bizarre. It’s alleged that President Mitterrand demanded it as his last meal. French tradition dictates that you’re supposed to put a napkin over your head while you’re eating it. It’s supposed to signal that you’re doing so to hide the “shame” of eating such a precious bird. Although, surely you’re just drawing more attention to yourself? Anyway, the napkin I put in the show next to the bird is embroidered with the signature of Picasso, the same signature that Picasso’s children sold to the car manufacturer Citroën. There’s no relationship between Picasso and Citroën whatsoever. It’s baffling. But the two objects placed together is about Picasso eating ortolan bunting even though there is no evidence to suggest that he did. These are all just weird structural narratives that go on in my brain.

AG: That’s funny, I got into a Citroën Picasso the other day and I hadn’t seen one for years. It did occur to me to wonder what exactly was the relationship there.

RG: Yeah, it’s weird, they’ve not only taken his identity, they’ve taken his signature. Is the car a work of art because it’s signed by the artist?

AG: It’s a very interesting point. Let’s go back to what you said about how Picasso constantly reinvented himself. In light of this, you’ve said in an interview before that you don’t like it when you recognise an artist by their work. Is that part and parcel of this need to change?

RG: Well, I think I’ve changed my view on my dislike for being able to recognise an artist by their work. I think a better way of saying it would be that it is something to do with expectation. When I go to see a show, if I get why it’s there, then I feel that maybe it’s not really good work. When I mean “good work”, I don’t mean work that I like, I mean art that stays with you afterwards and that you can’t stop thinking about it. It’s usually to do with an ability to decipher what it is. Things with answers don’t really make for terribly interesting artworks. The best art provokes you without you even realising that you’re being provoked.

AG: You seem to draw inspiration from a lot of other artistic mediums, such as writing and music. You’ve been directly inspired by people ranging from Oscar Wilde to the band Low when creating works. Do you find greater inspiration outside of art?

RG: Yeah, I think there’s more interesting stuff happening outside of the context of art. The world is obviously an incredible place. People – myself included – seem to just walk through it blindly. Then you go to a gallery space and, because you’re in a context where you’re supposed to look, listen, feel and think, everyone thinks as though it is automatically of significance. If you had the same attention framework that you use within the gallery outside in the world, you’d find a lot more interesting stuff going on.

AG: In your previous works, such as I Is … (i) (2012) and Tell My Mother Not to Worry (ii) (2012), you took inspiration from your daughter at play. It reminded me of when John Lennon took inspiration from his son for the song Lucy in the Sky with Diamonds. Is there something to be said for children possessing the most creative and uninhibited minds?

RG: I do think so, yeah. It’s in adolescence when everything changes because it’s at this time that you develop self-awareness. You become hyper-aware that you could be wrong about things. If you put a child and an adult in a gallery and ask them to talk about an artwork, the adult won’t say anything or they’ll say very little other than stating the obvious. It’s for fear of saying the wrong thing. The child will be honest and instinctive with a far more interesting answer.

AG: Very true. Finally, what is coming up next for you?

RG: All the things I haven’t done that I’d like to do! I’ve got a list of such things. Some of those things I’ve achieved – such as being in documenta – but then there are other things, such as the British Art Fair, which I’ve yet to do. 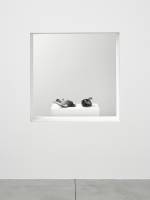 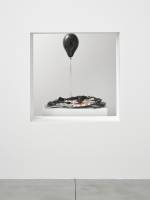 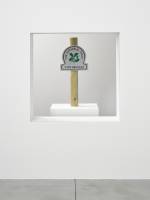 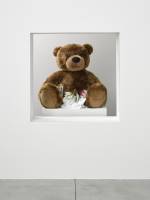 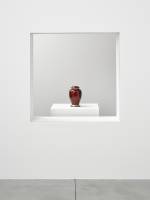 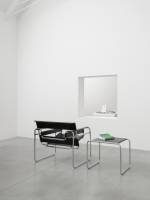 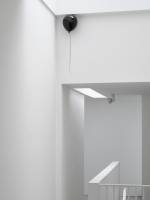 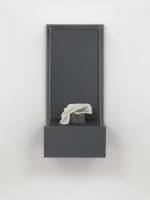 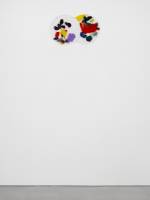 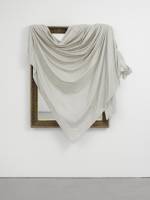 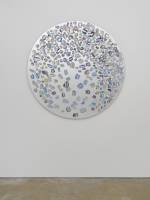 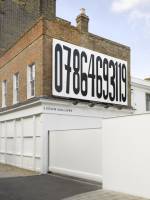