From Polaroids taken in the early 1970s to portraits taken up until Robert Mapplethorpe’s death in 1989, from S&M to Catholicism (via classical nudes and still lives), with more than 250 works on display, the retrospective at the Grand Palais is the most comprehensive and extensive ever staged of the photographer’s work. It is a great opportunity to engage with it and get a good idea of its shape and themes, beyond the impressions gained from his notoriety and place in the celebrity-worshipping era in which he worked.

The Grand Palais has taken the exhibition as a chance to defend Mapplethorpe’s own assertion that he was a modern Michelangelo, an artist with a capital “A”, transcending the subjects he chose to photograph: sexual perversion, classical ideas of beauty (again, with a capital “B”), celebrity and even religion. By showing Mapplethorpe’s brilliant and sculptural nudes at the beginning of the exhibition, followed by flowers, and then the trappings of Catholicism, the exhibition does its best to present him as a true artist, looking at traditional and great ideas. And there is no doubt that these photographs are not only technically astounding, but also at one with the ideal – or their maker’s idea – of the sublime. That accomplishment and brilliance overrides the emphasis on male genitalia and muscularity, as intended by Mapplethorpe: “I am looking for perfection in form,” he said. “I do that with portraits. I do it with cocks. I do it with flowers.”1

The trace of Michelangelo is evident, as the artist himself also pointed out when he first created these works. Invested in this overt connection with, and influence of, Michelangelo was Mapplethorpe’s own ambition to be seen as an artist rather than merely a photographer. He wanted greatness for himself, a sort of perfection in essence as well as form, and that ambition is evident not only in the idols he chose to emulate, but also the subjects he chose to photograph: celebrities (walls of them), Jesus, Renaissance sculptures, beautiful models – and himself. If ever anyone can be said to be a “method artist”, Mapplethorpe was surely that. He turned himself into art, and used that fusion as his muse. As Patti Smith writes in Just Kids, her memoir of her relationship with Mapplethorpe:

“I came home and there were cutouts of statues, the torsos and buttocks of the Greeks, the Slaves of Michelangelo, images of sailors, tattoos and stars. To keep up with him, I read Robert passages from Miracle of the Rose, but he was always a step ahead. While I was reading Genet, it was as if he was becoming Genet.”2

“I would pray for us … Robert’s prayers were like wishes. He was ambitious for secret knowledge. We were both praying for Robert’s soul, he to sell it and I to save it.”3

Mapplethorpe’s ambition, and the very idea of striving for transcendence, perfection and immortality, is central to every photograph. As the adage goes, every portrait is also a portrait of the artist: no more so than in Mapplethorpe’s photographs. His life work was a documentary of his striving for more, for something better or more beautiful than life itself. Smith’s Just Kids gives some background to the complexity and sometimes chaos of his struggle with this overwhelming “striving” – both his own personal ambition, and the atmosphere and childhood that was characterised by this conflict, by virtue of his being homosexual and growing up in a strict Catholic household.

“Robert, wishing to shed his Catholic yoke, delved into another side of the spirit, reigned over by the Angel of Light. The image of Lucifer, the fallen angel, came to eclipse the saints he used in his collages and varnished on to boxes. On one small wooden box, he applied the face of Christ; inside, a Mother and Child with a tiny white rose; and in the inner lid, I was surprised to find the face of the Devil, with his extended tongue … I would return home to find Robert in a brown monk’s cloth, a Jesuit robe he had found in a thrift store, poring over pamphlets on alchemy and magic. He asked me to bring him books slanted toward the occult. At first he didn’t read these books so much as utilise their pentagrams and satanic images, deconstructing and refiguring them. He was not evil, though as darker elements infused his work, he became more silent.”4

It is hard to separate this personal story from the photographs, in part because when they are not self-portraits (Mapplethorpe with a skull, Mapplethorpe in drag) they are highly personal. Least personal are the various celebrity photographs, but even then I get the impression that they are a stage set to give context to the self-portraits. They are there to explain the ascent or beauty of Mapplethorpe, just as the flowers are there to show the beauty of the nudes – rather than deviance or sexuality that people might associate with them. These photographs are a defence of Mapplethorpe, and a defence of his sexuality. They are an assertion of himself as an artist, and as a gay man. He reappropriates religious iconography to show that art, for him, is equivalent. As he wrote in a letter to Smith: “I stand naked when I draw. God holds my hand and we sing together.”5 He places flowers by cocks to say that he thinks they are as beautiful as each other. And he frames his own portrait alongside celebrities of the day to say that he, too, is a star. They are his people. He is one of them.

Well he is now. And whether or not others find as much beauty in human genitalia as they do lilies, or find Art as transcendent as God, we have received the message, at least, that Mapplethorpe did. He struggled his whole life to assert his own ideas about love, spirituality and goodness, and these are the records of his philosophy. And yet there is a feeling that he protested too much. His philosophy and feelings about these ideas, while seemingly clear in this exhibition of his photographs, was perhaps more complex and conflicted. He immersed himself in doubt as much as sublime certainty; he was plagued by guilt and self-doubt as much as unwavering idealism.

The photographs communicate such a consistency of aesthetic, however. They betray no horrific struggle or realism. Instead, they are an altar to his idols and ideals, beyond good and evil, beauty and ugliness, success and failure. He has used art to transcend, to go beyond struggle, and to assert his ideals in spite of the doubt. By making images of death, sex and himself transcendent, and by linking what others saw as pornography to Michelangelo, Mapplethorpe was seeking redemption not necessarily from personal, spiritual dilemmas, but redemption from life itself, which is necessarily filled with struggle and confusion, whether or not one is Catholic and gay. In so doing, Mapplethorpe’s work is about death, and reconciling with death, as much as it is about its more obvious subjects. It might be more accurate to state, in fact, that all of Mapplethorpe’s work is about death, and coming to terms with it. Redemption through art, for Mapplethorpe, was a way to make peace with death.

This central concern explains the sublime atmosphere of the exhibition, even as it feels like a graveyard or shrine. The nudes are so still that they cannot be alive and, of course, frozen in time and photograph, they are not. (“All photographs are memento mori,” as Susan Sontag wrote.6) The flowers seem to be placed as carefully as funeral arrangements. The little altar, with images of Jesus’s crucifixion, together with the lines and lines of photographs of Mapplethorpe’s friends (and idols), complete the reconstruction of a fantastical funeral. He has reconciled with doubt, pain and death; he has created his own meticulously executed send-off.

That a life’s work, which resembles someone’s idea of the perfect funeral, can nevertheless be such a joy to visit, is testament not only to the success of Mapplethorpe’s work (technically sublime, as well as thematically consistent), but also a thorough and painfully acquired understanding of mortality and illness. Mapplethorpe lived with HIV and Aids for at least half his working life. Before that, he lived in spiritual and personal turmoil, given the contradiction of his spirituality and his sexuality, and his upbringing. Without showing any of these difficulties overtly – by showing only a vision of his own redemption – and his own reconciliation with death as well as difficulty in life – Mapplethorpe has succeeded in realising that vision. What lingers, in visiting this exhibition, is an admiring peacefulness, as well as an underlying melancholy, for it is to attend a very public funeral, which haunts and mystifies even as it reconciles. 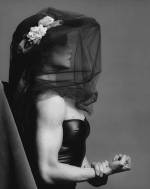 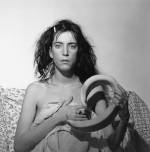 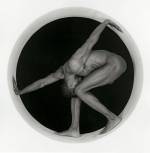 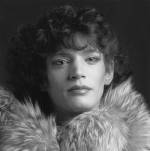