To mark the 50th anniversary of the partial decriminalisation of sex between men, Tate Britain’s contribution to the plethora of queer exhibitions across the UK is a well-curated, well-balanced, aesthetically compelling tribute to sexualities and genders across the spectrum 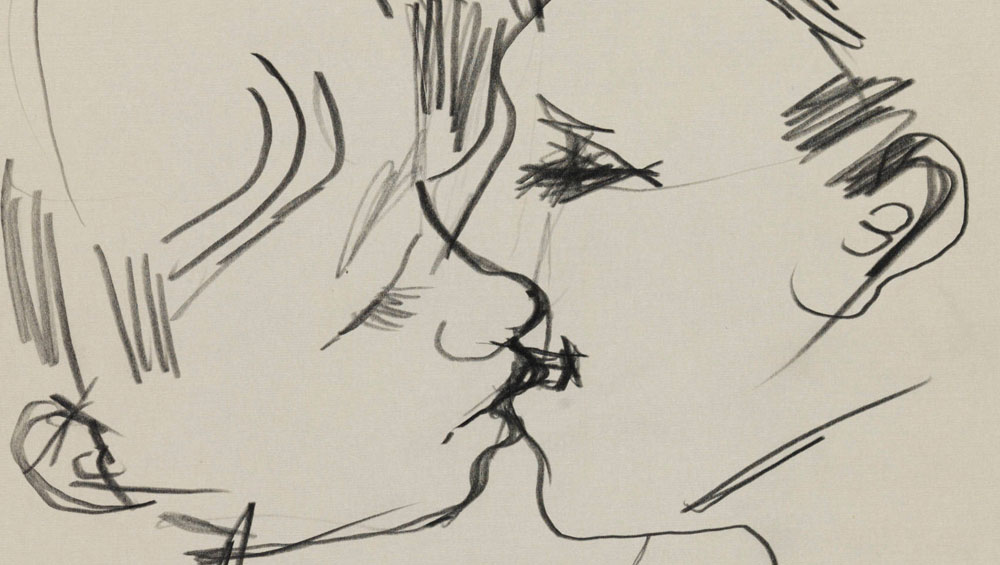 “For me, to use the word ‘queer’ is a liberation; it was a word that frightened me, but no longer” – Derek Jarman

In a year when nearly all of London’s – nay, Britain’s – major (and even lesser) museums and galleries are putting on LGBTQI*-related exhibitions to mark the 50th anniversary of the partial decriminalisation of sex between men in 1967, Tate Britain’s Queer British Art 1861-1967 is the biggest and boldest of the lot. What could have – and was being feared by many would – become an androcentric, homoerotic romp, is a well-curated, historically informative and aesthetically compelling exploration of the multifaceted interpretations of “queerness” in the century leading up to this milestone.

The self-declared remit of the exhibition’s curators is to explore “a wide range of sexualities and gender identities” – hence the choice of the word “queer”, rather than any combination of letters and asterisks, also influenced by the fact that, with ever-changing labels, many of those that we use today would not have been used, or recognised, by the artists and audiences in their own times. The starting point of the show – 1861 – was selected because it was the year the death penalty for sodomy was abolished (although it was still punishable by imprisonment) and the decades are traversed chronologically, thematically, and through the representation of artistic groups, such as the pre-Raphaelites and – synonymous with fluid sexuality – the Bloomsbury Group.

The exhibition opens with a wall devoted to seven glorious works by Simeon Solomon, including a delicately featured self-portrait, slightly predating the show’s start date (it was made in 1859), but well-deserving of inclusion. In 1873, Solomon was arrested in a public urinal, convicted of attempted buggery, and fined. His work, too, was repeatedly criticised for “unwholesomeness” and “effeminacy”, despite the Victorian era’s increasing enjoyment of artworks with quite blatant reference to same-sex desire, albeit under the guise of reference to the revered cultures of Renaissance Italy and Ancient Greece. Solomon’s painting of Sappho and Erinna in a Garden at Mytilene (1864) is beautiful and sensitive, and this early inclusion of female protagonists sets the tone for an exhibition where women are very well represented, both as subjects and artists in their own right. In fact, on the very next wall, the enchanting Aurora Triumphans (1877-78) by Solomon’s contemporary Evelyn de Morgan, depicts the goddess of the dawn shown disentangling herself from the bonds of Night – one of De Morgan’s many portrayals of Jane Hales, originally her sister’s nursemaid, but posited to have come to mean significantly more to the artist, who often painted her nude. She is buried next to Evelyn and Evelyn’s husband, William de Morgan.

William Blake Richmond’s The Bowlers (1870) brings together nude men and partially nude women on one canvas, which would have been quite shocking to contemporary audiences. More significant, however, albeit not commented on at the time, is the way his naked male bodies are positioned, ostensibly playing bowls, but, quite frankly, they may as well be copulating. This not-so-subtle homoeroticism recurs a couple of rooms later in Duncan Grant’s Bathing (1911), painted for the dining room at Borough Polytechnic in London and then lambasted as a “nightmare” that would have a “degenerative” effect on the students.

Alongside Grant’s work hangs an equally large, similarly coloured “frieze” by Ethel Walker, Decoration: The Excursion of Nausicaa (1920) – inspired by Homer’s Odyssey – and depicting a fully female utopian scene. Walker was elected the first female member of the New English Arts Club in 1900, blazing a trail for women to be recognised as artists on an equal footing to men. While, in her case, “queerness” may be grounded on speculation about the nature of her relationship with the painter Clara Christian, with whom she lived and worked in the 1880s, Laura Knight, who in 1936 became the first woman to be elected a Royal Academician since its foundation, is somewhat more tenuously included under the device of defying convention and challenging gender boundaries (in terms of role, as opposed, say, to Claude Cahun or Gluck, included for their challenging of gender boundaries and binaries in terms of identity).

There is a room given over to scandals on the subject of sexuality between the 1880s and 1920s, which features, among others, Radclyffe Hall, whose novel, The Well of Loneliness, was banned for apparent obscenity; Oscar Wilde, whose cell door from Reading prison is quite radically also on display; and Aubrey Beardsley, incarnated by a central portrait, hung amid a selection of his often quite explicit illustrations. Another room is filled with theatre posters; the set design for Cat on a Hot Tin Roof (1958); a plaster bust of the Ballets Russes dancer and choreographer Vaslav Nijinsky (1912) by Una Troubridge (Radclyffe Hall’s lover); Nöel Coward’s dressing gown; and the pink wig and diamanté earrings worn by the female impersonator Jimmy Slater in the 1910 and 20s. “Being theatrical”, we are told, was a phrase often associated with same-sex desire and “acting” could also be a metaphor for passing as “straight” in public.

Dora Carrington, whose well-known portrait of Lytton Strachey (1916) – with whom she lived in a ménage à trois with her husband, Ralph Partridge, with whom Strachey was in love, Carrington, of course, being devotedly in love with Strachey – hangs in the Bloomsbury Group room. A lesser-known gem of a nude woman, Female Figure Lying on her Back (1912), which won second prize in a life-drawing competition at the Slade, where Carrington was a student from 1910-14, is also happily on show nearby. Vita Sackville-West is present in the form of the striking red and green portrait of her by William Strang – Lady with a Red Hat (1918) – and Virginia Woolf in a photograph by Man Ray from 1934.

While successfully not just being an outing (excuse the pun) of homoeroticism, the exhibition does, justifiably, end with a slight gushing of this in a room dedicated to Francis Bacon and David Hockney and their “most fearless depictions of male same-sex desire in the years before 1967”. Opposite Bacon’s Figures in a Landscape (1956), in which two men “wrestle” in the grass – with their wrestling being about as convincing as Richmond Blake’s figures bowling and Grant’s figures bathing – a whole wall is dedicated to the subject of wrestling, with Eadweard Muybridge’s famous photography; a watercolour and ink on paper by Keith Vaughan (Wrestlers, 1965); and Christopher Wood’s pencil drawing, The Wrestlers (c1920-30), where, equally, his subjects appear rather to be embracing than struggling against one another. A central vitrine celebrates the art of “physique photography” of male bodybuilders, which flourished after the second world war, offering a pretext for the production and circulation of homoerotic imagery.

As with any vast show like this, I am wont to ask myself what is its point and has it been achieved. Unlike some of the more strained, academic curations, however, where there very much is a point and it is often somewhat laboured, in this case, the point seems to be that actually there is no “point”. That is, despite the exhibition’s title, there is no such thing as “queer art” or “a queer artist”, since queerness permeates our culture at so many levels and everybody has his, her, or their own identity and story. Instead, this umbrella title offers the curators the excuse to bring together some well-known queer icons (both artists and artworks) with some lesser known; some thematically relevant works and ephemera; and some, perhaps, tenuous peripherals; to make a jolly well-curated and unexpectedly well-balanced showcase of an excellent range of unapologetic works. As Angelica Garnett recalls being one of her father, Duncan Grant’s favourite maxims, the key to queerness of any kind is simply to “never be ashamed”. 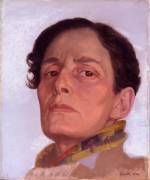 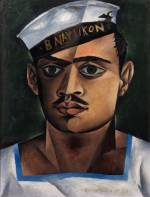 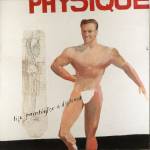 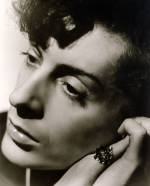 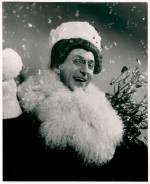 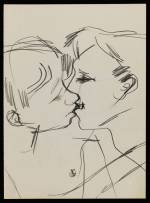 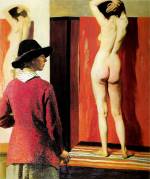