‘What make[s] you rich, we have been taught by a decade of casino capitalism, is precisely the opposite. What makes you rich, fabulously rich, beyond your wildest dreams, is leveraging.’1 These may seem relevant words for the past few years, though they were written at the close of the eighties, as Rosalind Krauss attempted to explain the opening of museum doors to the mass consumer culture of ‘late’ capitalism. Then she suggested that Minimalism had unwittingly validated the combination of art and mechanized mass production. The break with the aesthetic original and the new ahistorical emphasis on immediacy of experience, though conceived in resistance to ‘fallen mass culture’, led from the artisan to the factory, and from the ‘Minimalist subject of lived bodily experience’ to the postmodern ‘dispersed subject awash in a maze of signs and simulacra’.2

At that time many in the art establishment saw Andy Warhol as washed up, an artist who simply gave up credibility to embrace the world of mass media and money making. Poplife proposes another view, and celebrates those artists who have taken up his ‘good business is the best art’ mantra (a topic which the catalogue claims has been turned into ‘instant art history’ by the recent financial crisis and Damien Hirst/Sotheby’s auction on its eve).3 These artists, it is claimed, create work where ‘aesthetic distance’ is downplayed in favour of ‘performed immediacy’. Rejecting an outside position they live the very conditions of market capitalism that they critique, and in doing so are claimed not just to draw attention to the conditions, but even to show that those conditions may be subtly manipulated and ‘agitated by contestation’4.

Given the emphasis on critique the first few rooms are disconcerting. Without having first read the eighty two pages of catalogue essays the level of curatorial irony is hard to discern, and a cursory reading of the wall captions sets up a simple duality between the ‘best of Warhol’ (his 1979 Gems paintings in a room lit by ultraviolet light) and the ‘worst of Warhol’ (a room papered with Warhol wallpaper and filled with his celebrity portraits). In this context the Gems paintings actually seem comparatively dull; the sheer fittingness of Warhol’s signature style for portraits of ‘Pop’ idols like Mick Jagger and David Hockney stands out, and defies attempts at categorization as nothing but the result of a moneymaking enterprise. Warhol’s diamond dusted Joseph Beuys (1980) is an amusing appropriation of an ‘art world hero’ for his own purposes, yet it also suggests that given the symbolism around contemporary conspicuous consumption, works such as the Diamond dusted shoes series could have been a more resonant choice than the Gems.

The next room provides some welcome documentary material, with information on Warhol’s activities after ‘selling out’ including adverts he took part in and copies of his Interview magazine. What this unfortunately fails to set up is the proper background for the curators’ thesis of his art - and that coming after - as an immanent critique of capitalism. In the case of Cosi Fanni Tutti’s project of ‘infiltrating’ the porn industry as a model a certain amount of media reaction is included (as it was with the original gallery show). This, however, merely leads one to expect a level of documentation sadly lacking in the rest of the exhibition. The whole idea of the artists ‘infiltrating’ capitalist mass media and pop culture seems somewhat lacking meaning without any reference to or indication of the actual media response.

Commendably the show goes on to recreate a series of installations, including Keith Haring’s Pop Shop (open 1986-2005), Pruitt Early’s Red, Black, Green, Red, White and Blue (1992) and part of Jeff Koons’ Made in Heaven (1991), yet the previous use of magazines and other material to contextualise Warhol leaves one wondering how close these are to the original displays, and how useful it is to see a ‘recreation’ without that contextualising link to the original. Koons’ brilliantly fun 1988 advertisements for himself (mimicking ‘high’ fashion advertising) are separated from the Made in Heaven works, and there is little sense of the build up and careful strategising in the launching of himself as a brand around those years, nor of the Banality series which the adverts prepared for and which is perhaps more representative of Koons’ oeuvre as a whole.

The Takashi Murakami room is dominated by a 2009 video remake of the Vapors Turning Japanese (1980) song. It is certainly entertaining, especially after reading the Hollywood director/collaborator’s comment on the project - effectively remaking a song with an enormous budget and the participation of Kirsten Dunst - that ‘I characterize an artist as someone who can create something from nothing’.5 One is left unsure whether the works are proposed as critique or simply an all out celebration, however, with the aesthetically pleasing display appearing to suggest a Jeff Koons-style philosophy that we should simply accept things as they are and try to see the best in them.6 Not an inherently troubling idea one might say, but after the challenges posed by previous works from Pruitt Early (the exploitation of ‘black’ culture for commercial gain), and Andrea Fraser (the literal prostitution of the artist to one of her collectors), one that doesn’t seem entirely harmless either.

Hirst’s 2008 ‘mega-auction of his own work…on the eve of the stockmarket crash’ secures his place at the theoretical heart of the show.7 He is portrayed as possibly the most successful artist both in infiltrating and exploiting the art market, and in exposing its sheer ridiculousness. Yet the exhibition is slightly misleading, for the auction was not simply a reprisal of his past work in the ‘gold plated’ versions on display here. As anyone who went to Sotheby’s knows the truth was far more banal, with the gold plated versions sitting alongside ordinary ones and giving the impression that rather than playing the whole auction as an ironic dig at the market, Hirst genuinely believed in the inherent quality of both the gold and the normal works.

A 2004 essay aside,8 Hirst is in fact usually extremely straight faced about his output. Not only is it rumoured that he refused to participate in this exhibition if it carried the original ‘Sold out’ title,9 but his recent return to painting, unless an even more brilliantly cynical attempt at playing the market, shows an almost incredible lack of irony, humour, or self-reflexivity.10 If Hirst had, in Duchampian manner, stopped making art after the auction he could have gone down as one of the great conceptual artists, and certainly would have validated the thesis of his art as immanent critique. Instead his actions seem to suggest that he believes himself to be a great artist in a more traditional sense, and that he sees the market as neutrally reflecting that greatness.

This problem cuts to the heart of the exhibition, for the line between immanent critique and all out embrace seems to be perilously thin. Is it really enough for artists to embrace the mechanisms of capitalism and declare the results as subversive? Is the Goldman Sachs boss Lloyd Blankfein, by paying himself $68 million (in 2007) and suggesting that he is ‘doing God’s work’,11 really enacting a similarly ‘subversive’ immanent ‘critique’? The exhibition attempts to act as art history, but the advertising materials, celebratory website, and multiple shopping opportunities all suggest an inappropriate lack of critical distance. The catalogue makes a strong case,12 but in the experience of casual visitors the exhibition all too often comes across as a simple glorification of artists using sex and pop culture to achieve success.

With the abandonment of historical display and the emphasis on accessibility and entertainment, Tate Modern itself is in part very close to what Krauss described as the late capitalist museum of industrialised leisure, mass markets, and ‘simulacral’ over ‘aesthetic’ experience (or ‘Disneyland’ in her words).13 If Minimalism prepared the way for visitors in search of ahistorical immediate experience, by exhibiting according to theme and with scant context there is a risk that all the other art is made to conform to such a reading. In other words, arriving through the main museum the visitor to Poplife is already primed to expect entertainment and ‘lived experience’ over history and criticality. This visitor is not one who will even think of a catalogue, but will take the works they are presented with at face value, with the wall texts having provided all the context they would ever need.

It rarely pays to be totalising in museum theory, and of course such a posited ‘visitor’ is only one of the many possible ways in which the show will be approached. Nonetheless, not only is the show’s fascinating thesis unsatisfactorily communicated throughout the display, but the possibility remains that this inadequacy is exacerbated by the processes at work in the ‘pop’ museum itself.

5 Quoted in a leaflet distributed in the room (featuring an interview with Murakami and the director).

6 This was most recently seen in London in Koons’ Popeye show at the Serpentine, where Popeye’s motto ‘I am what I am’ was taken as an instigation to accept difficulties in the world and try to move on. See especially the essays by Arthur Danto and Dorothea von Hantelmann in the catalogue, Jeff Koons: Popeye Series, Serpentine Gallery, 2009.

8 An extract from the essay is quoted in Nicholas Cullinan, ‘Dreams That Money Can Buy’, p. 73, including ‘Art is about life and the art world is about money…Most of the time they’re selling shit to fools, and its getting worse.’ (Damien Hirst, ‘Why Cunts Sell Shit to Fools’, In-A-Gadda-Da-Vida, Tate Britain, London, 2004, pp. 82-5)

12 The essays ‘Pop Life’ by Jack Bankowsky and ‘Capitalist Realness’ by Catherine Wood are particularly interesting in this vein. 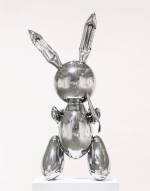 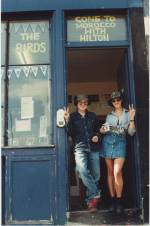