This is an exhibition focusing on intimacy, which conjures just that in its thorough, yet tender, exploration of the people, objects and places close to the artist’s heart 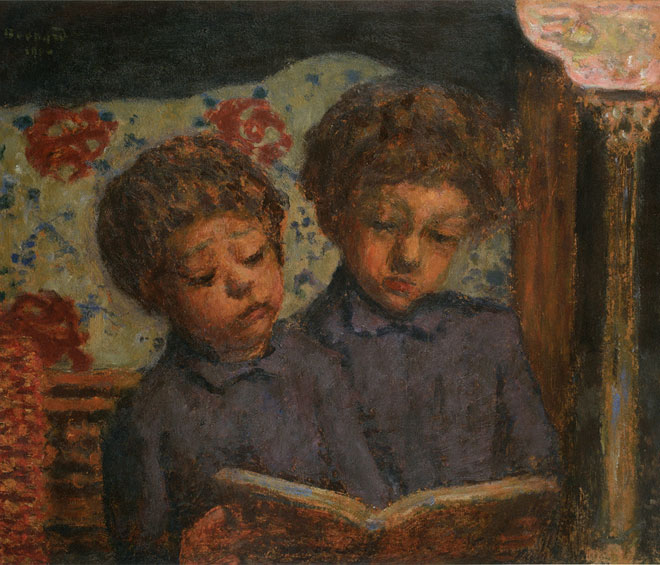 With the title Bonnard: En toute intimité, one might well expect an exhibition focusing on the artist’s nudes, or more erotic elements of his work, but, just as Tracey Emin’s tent, Everyone I Have Ever Slept With 1963-1995, includes those with whom she simply enjoyed (or otherwise) the intimacy of a shared bed – or womb – so this beautifully curated show at the Musée Bonnard, in the artist’s ultimate hometown of Le Cannet, on the Côte d’Azur, looks at those people, places and things to which the artist was especially close at different points throughout his life. Arranged largely chronologically, it comprises about 60 works from the museum’s collection, alongside a handful of loans, and a number of new acquisitions from the Musée d’Orsay.

Pierre Bonnard (1867-1947) described his own work as “peinture panthéiste” (“pantheistic painting”),1 meaning that he painted every element on his canvas as equal, be it a human being, an animal, an everyday object, or an aspect of the landscape, and, as the art critic Pierre Courthion wrote in 1945: “Ce qu’il nous fait voir n’est pas toujours conçu selon les lois de la perspective linéaire, où tout est composé pour être pris d’un seul regard” (“What he makes us see isn’t always conceived according to the laws of linear perspective, whereby everything is composed so as to be taken in with a single glance”).2 One of Bonnard’s great innovations was to combine multiple points of view (albeit largely looking down on something from above), adding to his composition elements, usually ignored, from the peripheral vision, cropping sharply, often, according to the abstract painter Patrick Heron, losing “half, or even four fifths! of some object at which our eyes have arrived with the greatest anticipation”.3

Heron goes on to describe how, in Bonnard’s paintings, which “have a visual alloverness, an evenness of emphasis and handling […] we find a sort of up-ending of all receding planes […] a tendency for them to expand and rear up just where perspective tells them to lie down, diminish and contract.”4 Thus, the more one looks at Bonnard’s paintings – and, indeed, his drawings as well – the more one discovers. A cat appears from the patterned background (La salle à manger au Cannet (The Dining Room at Le Cannet), 1932), a bird from the foliage (Vue du Cannet (View of Le Cannet), 1927), and a figure against the open door (Nu de profil (Nude in Profile), 1930). This seeming casualness of encounter evokes in the viewer, as much as in the artist, a sense of intimacy and of unique experience – and re-experience – of any given work.

There is an apparent influence of photography in this radical cropping and flattened and extended perspective, echoed with references to internal frames within frames (mirrors, doors and windows), and substantiated by the inclusion in this exhibition, in vitrines, of Bonnard’s own photographs of scenery and of Marthe, his wife (albeit that they didn’t marry until after 32 of their 50 years together). Bonnard spoke of a painting as consisting of “beaucoup de petits mensonges pour une grande vérité” (“many small lies for a great truth”),5 a sentiment, which is echoed by his inclusion in his works of mirrors, in which neither he, the painter, nor the viewer, is reflected, creating a composition that becomes independent and exists in a realm of its own.

Nudes, of course, do play an important role in Bonnard’s oeuvre, and his main muse was Marthe, whom he painted more than 100 times. Possessing a feminine figure, she appeared, more often than not, in the bathtub, which was her one demand for their home, Le Bosquet, in Le Cannet, to which they moved in 1927. Her curves and flesh provide endless material for the artist, who stopped time and painted her always at the same age, and always in profile or looking down. Renée Monchaty, on the other hand, Bonnard’s lover, 28 years his junior, who killed herself a couple of weeks after his eventual marriage to Marthe in 1925, appears in a number of face-on portraits, including a haunting drawing (c 1918) and painting (1922) on show here in a side room, maintaining an intimacy of its own, in which her watery blue eyes and bright red lips express a young sensuality, a love and a sadness. Another woman Bonnard loved, but whose parents refused to let her marry him, was his cousin Berthe, who instead appeared in a number of his early works, including the successful poster for France Champagne (1891), which drew the attention of Toulouse-Lautrec, with whom he went on to collaborate on posters for both La Revue Blanche (an artistic and literary review from the late-19th century, with an example of each artist’s work included in the exhibition) and Le Moulin Rouge.

Starting out in the Parisian Belle Époque, Bonnard was forced into a sort of isolation in Le Cannet because of Marthe’s misanthropic nature, but, over the two decades he spent there, he developed an intimacy with the place and its landscape, most significantly with their house, Le Bosquet. A contemporary addition to this exhibition comprises three series of photographs of the house, not normally open to the public, by Caroline Rennequin, who was granted a precious 48 hours’ access. First, she shot with a camera and film from Bonnard’s time, producing 6in x 6in interior images. Then she made a larger series, whereby she superimposed photographs of Bonnard’s paintings with images of, for example, open windows from Le Bosquet. Finally, there is a more painterly series of 6in x 6in shots, blurred and verging, as so often with Bonnard’s paintings, on abstraction. A few of each are included in the show, alongside a virtual reality headset, which permits visitors to “enter” Le Bosquet and experience the inside of each room as if they were there.

Bonnard never had any children, but he was very close to his sister Andrée and his nephews and nieces. He made many paintings and drawings of them, capturing the intimate, familial sphere in which he spent much of his early life. Enfants solfiant, Charles et Jean Terrasse (Children at the Solfège, Charles et Jean Terrasse) (c 1900) is also the most striking example of Bonnard’s ability to render light on canvas. Immediately, the viewer’s eye is distracted from the two young boys to the dazzling reflection in the top right-hand corner, looking around for the spotlight source in the gallery, which surely must be the cause. But, no, the light emanates from within the painting, as if by a miracle, enabling the children to continue to read.

Bonnard never especially belonged to any one artistic movement, although he was a founding member of the Nabis, with whom he shared the goal of integrating art and daily life. As well as including the most commonplace of objects in his compositions, Bonnard never painted a posed model, preferring to capture his subjects undertaking day-to-day activities such as reading (as with Charles and Jean), bathing and cooking.  He also illustrated books and decorated furniture, fans and screens, a rare example of which is on show here, depicting a four-panel lithograph of Place de la Concorde, from the Belle Époque Paris in which Bonnard found his artistic feet. Using the colour of the paper as an integral part of the composition, Bonnard scatters mothers, children, dogs and a row of fiacres (taxis of the time), reflecting also the influence of Japanese art (he was known as “Le Nabi très japonard” – “the very Japanese Nabi”), which created a sense of depth through the use of line alone.

Certainly, line plays an important part in the work of Bonnard, and, in another essay, Heron vividly describes “the Bonnardian scribble, in its infinite variety of texture and touch and tone and speed and complexity or simplicity”6 with the “scratches and stabs and spottings and smudgings and apparently uncouthly uncontrolled wanderings across the paper of Bonnard’s pencil”,7 whereby, nevertheless, talking, as he is, of a view over Le Cannet: “Everything is intensely present and absolutely identifiable in visual terms, if not in botanical ones.”8 This holds just as well for his near-abstracted paintings, but colour and light are as, if not more, important, as external carriers of emotions, both defined by movement, vibration and energy.9

The final room of the exhibition, dedicated to painted views of Le Cannet, captures both the spirit and the unique nature of the place Bonnard came to call home, resonating splendidly with a palette of purples and oranges that one might not believe could be real, but which I was lucky enough to experience in person the following day, as my plane took off from the airport at Côte d’Azur. The energy-filled, burning yellow sun was setting behind snow-capped mauve mountains, its rays almost contradictorily intensifying to a citrus orange and a blood red as they dissipated across the vaporous sky. I was, it seemed, taking off into my own personal Bonnard painting. Now, re-established beneath a grey and drizzly London sky, looking at Paysage, soleil couchant (Le Cannet) (Landscape at Sunset) (c 1923), I feel transported by its scribbles and daubs, and its vibrant palette, back to that moment – and this shared energy and understanding, of having experienced that same immense yet precisely local sky, does indeed feel like a preciously intimate gift. 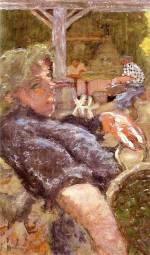 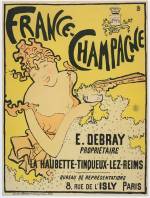 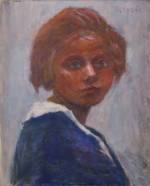 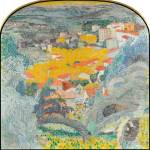