The exhibition succeeds in introducing the complicated story of Picasso’s simultaneous exploration of cubism and classicism, but more could have been done to explore his continuing fascination with the latter after the first world war ended

Pablo Picasso’s Studies (1920) is a peculiar painting. Sketches and what appear to be miniature copies of other paintings are cobbled together on the canvas like a patchwork quilt. But what is most intriguing about this work is the juxtaposition of figurative and cubist styles. Although the two styles are clearly delineated from one another, we do not get the sense that the artist is suggesting that one is better than the other. The different elements of the composition do not meld together to form a neat synthesis of meaning, but stand apart, confidently proclaiming their dissonant coexistence.

The emergence of a classicising style in Picasso’s work around 1914, after seven years of working almost exclusively in a cubist style, is the subject of the exhibition Picasso: The Great War, Experimentation and Change, currently on view at the Barnes Foundation in Philadelphia. Curated by Simonetta Fraquelli, the show includes works produced between 1912 and 1924, and explores what at first appear to be two contradictory but parallel tracks within Picasso’s artistic oeuvre.

The catalogue proposes several reasons for the sudden re-emergence of the figurative in Picasso’s art, most notably in his line drawing of Max Jacob from 1914. Although Picasso never depicted the conflict, it is hardly a coincidence that this change in his artistic style coincides with the outbreak of the first world war. During this time, Picasso (1881-1973) found his financial situation drastically reduced, primarily because any works that had been in the possession of his dealer Daniel-Henry Kahnweiler, a German citizen, were seized by the French government and could not be sold. It is thus possible that a need to produce art that was more appealing to a broader range of buyers drove Picasso to return to the figurative. It is also likely that the artist turned away from cubism due to the illogical identification of the style with the German enemy.

This bizarre turn of events is explained in a video produced by Blue Visual Effects and the Barnes Foundation that outlines how conservative French leaders came to consider cubism’s fragmented forms barbaric and unpatriotic, providing vital context for why many believed a classical aesthetic was more appropriate for the time and why it was understood to express loyal support for France. Although Spain remained neutral during the conflict, and as a Spanish citizen, Picasso was not required to fight, a surge in patriotic sentiment for his adoptive country is found in the decoration on his letter to the poet, writer and art critic André Salmon. Here, the French flag stands proudly against a rising sun, and a solider in Napoleonic uniform confidently holds his sword aloft in front of a prancing steed.

Another reason for Picasso’s return to the figurative may have been that he wanted to distance himself from the numerous artists who had begun to adopt the cubist mode, which he had pioneered with Georges Braque, starting in 1907. Unfortunately, the inclusion in the exhibition of works by contemporaries who painted in an imitative cubist style is largely confusing and never fully explained in the gallery texts. It is also a huge disservice to the number of excellent and much-lesser known artists, such as Gino Severini and Robert Delaunay, who seem to be presented only as examples of artists whom Picasso believed were “negative acolytes”.

Yet the exhibition does succeed in introducing the complicated story of Picasso’s simultaneous exploration of two antithetical styles. In the drawing Reclining Woman (1915), linear shapes further fracture a fragmented and drastically foreshortened female body. Possibly sketched during Eva Gouel’s hospitalisation before her death in December 1915, the merging of cubist and figurative elements evokes both her pain and Picasso’s anguish at the pending loss of his lover. The juxtaposition of cubism and classicism comes to the fore in Picasso’s set and costume designs for the ballet Parade. On the safety curtain, the artist painted a lyrical scene of actors sitting down for a meal, which the audience encountered as they entered the theatre. Yet, when the curtain lifted, it revealed a wonky, angular cityscape and dancers in shocking costumes that made them look as if they had stepped out of a cubist painting. At the Barnes, design sketches are shown alongside rare documentary photographs and four of the costumes (one of which is an original), providing a delightful taste of what this ballet would have looked like. While the ballet was not received well at its premiere, it has come to be viewed as an avant-garde masterpiece and serves as a compelling example of how Picasso played with the relationship between classicism and cubism.

It is largely impossible to know why Picasso continued to be attracted to classicism after the first world war. Although the exhibition suggests that it is tempting to believe that his new bourgeois status, following his marriage to the ballet dancer Olga Khokhlova in 1918, may have driven Picasso to embrace conventionality in both his life and art, it is hard to find much credence in this argument. At the end of the show, it is problematic that Picasso’s continuing interesting in a classicising style is presented as occurring almost within a vacuum. Although the catalogue does point to the importance of Picasso’s time in Italy in early 1917, where he had access to ancient Greek and Roman sculptures and Renaissance masterpieces, and his trip to Barcelona later that year, where he became acquainted with Noucentisme, a movement that sought to revive the spirit of the Catalan past, it glosses over the overwhelming trend across Europe of embracing classicism as a corrective or reconstructive tool to help nations heal from the horrors of the war. Including examples by other artists who began to work in a classicising mode around 1918 would have been instructive, as this subject remains under-researched. The exhibition also focuses too heavily on the Apollonian interpretation of classicism, even though Picasso also explored the Dionysian connotations attached to this style in works such as Two Women Running on the Beach (The Race), from 1922 (not on view), which complicates an understanding of classicism as solely representing order and wholesomeness.

Classicism as a style and subject in art is complex, and its role in the development of 20th-century art dispels the simplistic interpretation of art’s march toward abstraction. Picasso is the ideal case study for beginning to untangle this topic, and although the exhibition stumbles at points, the institutions should be applauded for exploring the greater complexity of artistic output at the beginning of the last century.

• Picasso: The Great War, Experimentation and Change moves to the Columbus Museum of Art, Ohio, from 10 June – 11 September 2016. 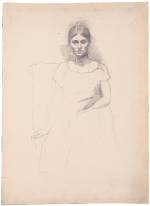 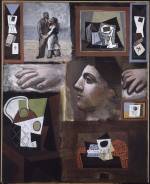 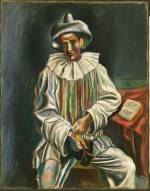 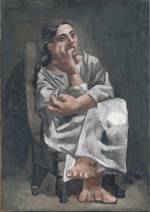 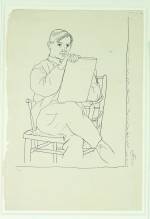