Philippe Parreno: Anywhere, Anywhere Out of the World

Philippe Parreno: Anywhere, Anywhere Out of the World

It is an opportunity most artists would dream of – a carte blanche invitation to transform the magnificent space of the Palais de Tokyo in Paris. The French artist and film-maker Philippe Parreno (b1964) was given that dream job and has risen to the occasion with a stirring and eerie exhibition that asserts his central vision of the exhibition as an art form. Drawing on a long fascination and dialogue with architecture, and using work he created both recently and years ago, Parreno’s creation is a successful synthesis of ideas and execution, of vision and style.

Visitors to the exhibition are given great consideration, and the experience of seeing the exhibition is more like entering an interactive theatre or film rather than the static expectations of many contemporary art exhibitions. While Paris has long been a centre of thoughtful and meticulous curation, the idea of the exhibition as its own art form is nevertheless rare outside of the city. Parreno’s exhibition takes the idea further than usual, even by Parisian standards. His direction was central to the realisation of the exhibition, and the Palais de Tokyo’s faith in him and freedoms given to him, are quite extraordinary. It is not inevitable that an artist-centered direction would lead to a visitor-centred experience, but Parreno and the Palais de Tokyo have managed to pull it off.

“You always have to establish a relation between the production of form and the exhibition of form. For me, they are both totally dependent on each other. There is no object of art without its exhibition.” – Philippe Parreno.1

The whole structure of the Palais de Tokyo’s building is reimagined and reinterpreted so that rooms are given new functions and the experience of the artworks within those rooms is altered too. This process of reinterpreting the building used the expertise of set designer Randall Peacock and sound designer Nicolas Becker to create a magnificent world within the Palais de Tokyo. Through a spectacle combining objects, lights, music and film, visitors to the exhibition are absorbed into its world, and, as in a theatre production, there is less a sense of choice or freedom and more a submission to the exhibition’s ideas.

The power dynamics have therefore changed: it is harder not to be engaged in the work, and not to be part of it. While many artists and curators have experimented with these shifting dynamics, and varying degrees of audience interaction, Parreno has perfected his methods of manipulation. He plays with words, sounds and images to distort people’s perceptions of space, and therefore redefine how they perceive parts of the exhibition, even suggesting new ways for art to be experienced. One could parallel Parreno’s ideas with the film industry’s foray into 3D; perhaps that is a technology Parreno will use one day. The vision of all-encompassing experience, anyway, is central to his work, as is the idea of the artist as director (rather than simply observer). This does seem rather megalomaniacal as an idea, but because the show is realised so well and the audience is considered so carefully, it works. An artist having control and direction, and shifting the power dynamics of the artist-audience relationship, may be a good development, therefore, if that power is used in such a way as to benefit the audience and be artistically innovative. And it is in realising that responsibility that Parreno’s exhibition does work, and succeeds as an “art in itself” as well as an experiment with audience perception and crowd control.

Anywhere, Anywhere Out of the World is a spectacular and hypnotising experience: visitors are absorbed by visual and sonic tricks and effects, including parts of Stravinsky’s Petrushka (performed by Mikhail Rudy, via a self-playing piano, for added mystique) alongside an apparent ghost of Marilyn Monroe (his 2012 work, Marilyn, intended to be “a portrait of a ghost”) and an eerie garden in Portugal. The sound of dancers’ footsteps (from the Merce Cunningham Dance Company) and pointe work add to this ghostly, intriguing atmosphere, as does the bizarre encounter with the character “Annlee” and a seeming street lit with bright marquees. Multiple screens run clips from Zinedine Zidane, and secret passageways emerge from a bookshelf. Parreno uses the soundtrack of Stravinsky’s Petrushkato signal these different “scenes”, as well as to create an overriding presence of the puppet from Petrushka, a ghost of ghosts, acting as a sort of Underworld guide for visitors in this alive but fantastical, magical but melancholic new world. Although the spirit of the exhibition seems to have power over its visitors, that power is transient and controlled by a director (Parreno) who is absent – much like the puppet in Petrushka,who inspires and haunts the show as a kind of automaton, in Parreno’s words: “By definition, an automaton mimics life, but it essentially does only one thing over and over again. For me, the exhibition is like an automaton.”

The exhibition, then, feels more like an interactive theatre show, a ghost tour combined with an eerie circus, in a strange, imaginary town. Parreno’s playful and imaginative approach to his invitation from the Palais de Tokyo is a delight – combining excellent technique and collaborations with a simple but brilliant style, and a complicated yet involving realisation. To “see” this exhibition is to fall into a dream – someone else’s – but all the more fascinating for that. This is an experiment in subconsciousness and relationship: to become a visitor to someone else’s mind, is truly an exciting idea, and one that has rarely been so well presented since the Surrealists. Parreno does not alienate with his dreams, as many performance and conceptual artists tend to, he does not really frighten or intimidate, or abuse his invented power; instead he invites and involves, and creates bridges between one mind and many others, which seems a noble vision to have realised.

1. Philippe Parreno, quoted by the Palais de Tokyo in “The Exhibition as Act of Creation”, accessed at: http://palaisdetokyo.com/en/exhibitions/exhibition-act-creation 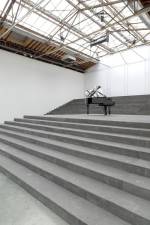 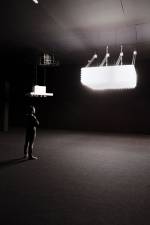 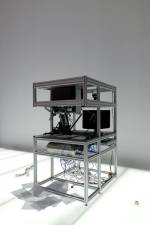