Halilaj is now a renowned artist who has shown around the world, but this poignant exhibition draws on the work he made as a traumatised 13-year-old fleeing the atrocities of the war in Kosovo 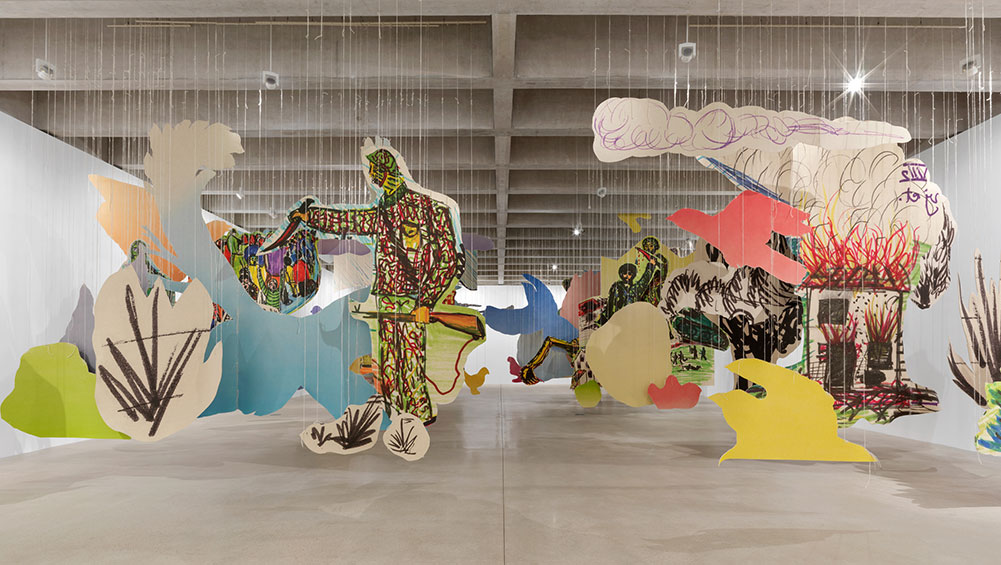 The Kosovo war was a short yet terribly destructive conflict that displaced 90% of the country’s population between 1998 and 1999. Documenting the hostilities was the photographer Andrew Testa, who found himself in the Kukës II refugee camp in Albania. While photographing a group of women queueing for food, his lens was drawn towards a pensive boy in a green jacket squeezed between them. Peering into the distance, the child looked lost in thought, perhaps dreaming of a time when the nightmare would be over. That 13-year-old, whose image appeared in newspapers and media reports around the world, was Petrit Halilaj, who is now a contemporary artist renowned for deeply personal works that draw on his experiences of the war and its aftermath. Twenty-two years later, Halilaj is revisiting his time at Kukës II in a profoundly moving installation at Tate St Ives. 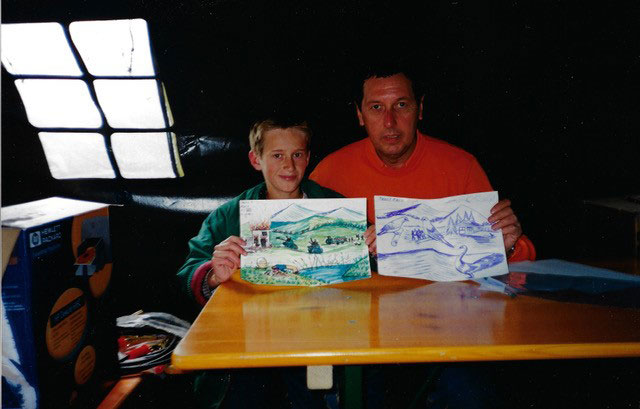 Testa was not the only one to notice Halilaj. The Italian psychologist Giacomo Poli was also working at the overcrowded camp, organising therapeutic activities for its many children as part of a humanitarian mission. He spotted Halilaj’s artistic talents while leading drawing exercises designed to help the children externalise the tragedies they had experienced. In April 1999, the teenager produced 38 felt-tip drawings depicting the death and destruction he had witnessed, as well as hopeful scenes featuring peaceful landscapes, animals and birds. The vibrant images were rediscovered in 2020 and form the basis of his ambitious installation, Very Volcanic Over This Green Feather (2021).

Suspended from the gallery’s ceiling with multiple strands of yarn are various elements culled from Halilaj’s drawings, which have been scaled-up and printed on to thick felt. Appearing like a huge theatre set, the immersive environment invites you to roam freely, exploring its delights as well as its horrors. Wandering through the forest of cut-outs, you first pass by brightly coloured tropical birds, trees, flowers, bushes, antelopes and mountainous landscapes, while overhead hang clouds and flying birds, including a dove. The Edenic scene is interrupted by an image of a small boy who stands sobbing near a family home. It is only on reaching the far end of the gallery, and turning round, that the grim source of the child’s sadness is revealed. Walking back through the space, you are confronted with a different set of images: a burning house, armed soldiers holding daggers dripping with blood, crying children, bombed-out buildings, dead bodies and lines of refugees. 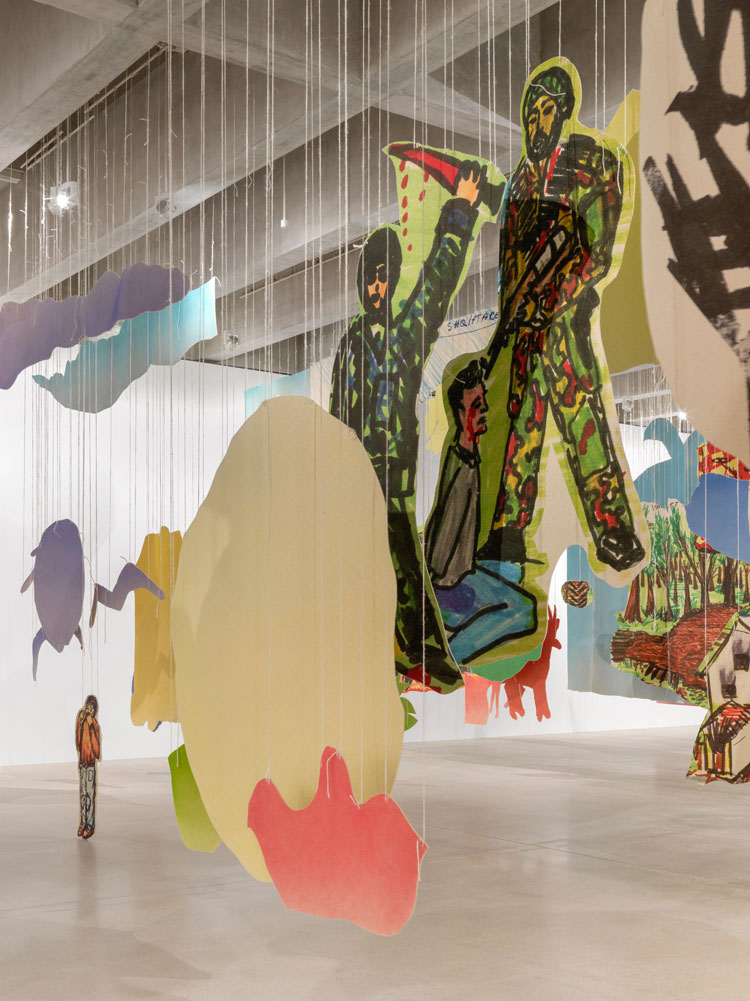 These shockingly direct pictures are extraordinary for their harrowing detail. It seems unimaginable that a child should have experienced such events, but Halilaj and many others were witness to numerous atrocities after Serb forces targeted his hometown of Runik in the Kosovar municipality of Skenderaj. In early 1999, his family home was destroyed by Serbian bombing, and he arrived at Kukës II soon after with his mother, grandfather and four younger siblings (his father was detained by police and his whereabouts unknown). The experiences described by Halilaj’s drawings defined the artist’s adolescence and have since shaped and sustained his rich and eclectic practice. Indeed, he owes his career to the Kosovo war and the trauma he suffered – Poli even arranged for him to attend art school. 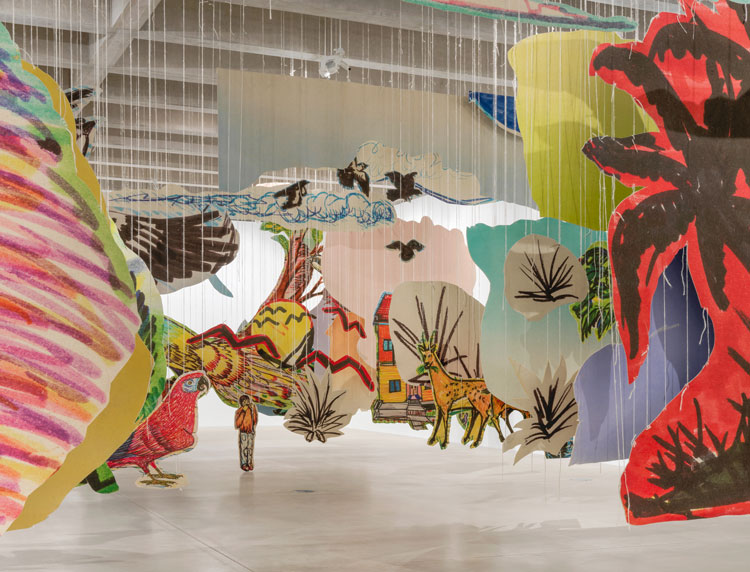 Inspired by his experience of the war, Halilaj’s sculptures and installations interrogate cultural identity, nationhood and heritage. His works are often simply conceived yet, as here, executed with a sense of the spectacular. For the Berlin Biennale in 2010, he partially reconstructed his family home, complete with live chickens, while in 2011 he filled an Art Basel booth with soil from his family’s land, including rubble from his parents’ demolished house. Representing Kosovo in the 2013 Venice Biennale, he created a giant bird’s nest using the same soil. More than a survivor, Halilaj has turned his suffering into a positive force, using his experiences to create a remarkable body of work that speaks to human resilience and the potential for healing and transformation. As the artist said in a recent interview: “It’s not in our hands to take trauma out of our lives. It makes us who we are.” 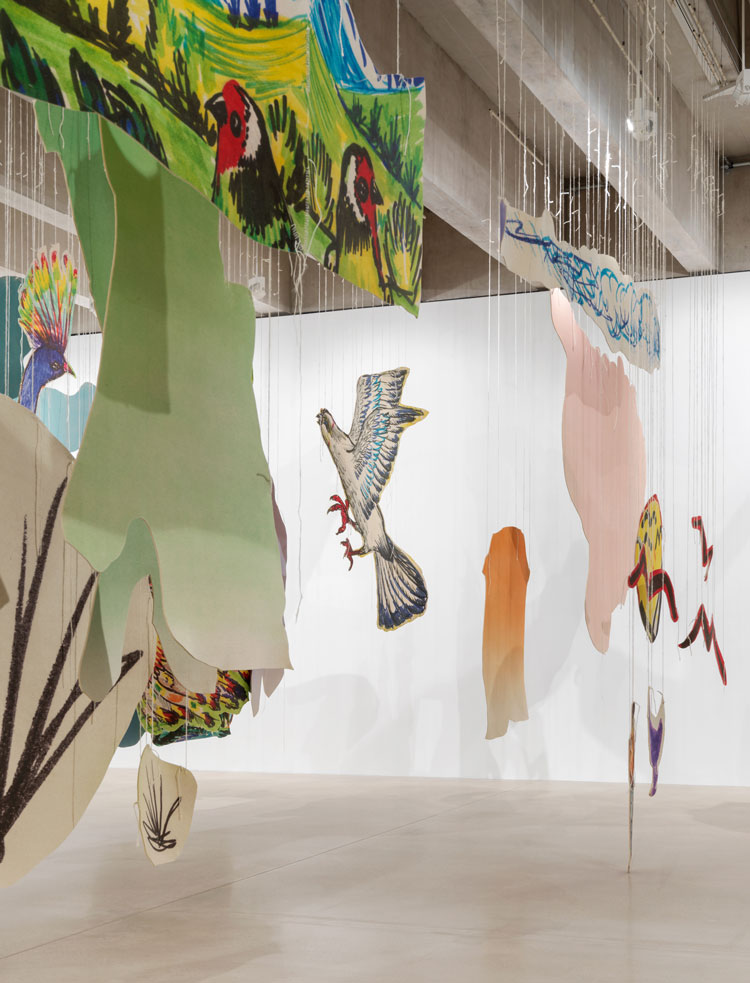 It is to Poli’s credit that he kept Halilaj’s 38 drawings, recognising them as important documents of the war – even a type of war art. After the conflict, Poli exhibited the drawings in Italy, to educate audiences about the true nature of what had happened beyond the Adriatic. The artist’s testimony was also used at the international court of justice in the Hague as evidence of war crimes. In St Ives, Halilaj has transformed a personal history into a public statement on collective trauma. In confronting this period so directly, the exhibition is a brave move and feels like a significant step in the artist’s healing. This begs the question: is Halilaj destined to for ever mine his past, or will a time come when this deep well of inspiration becomes exhausted? 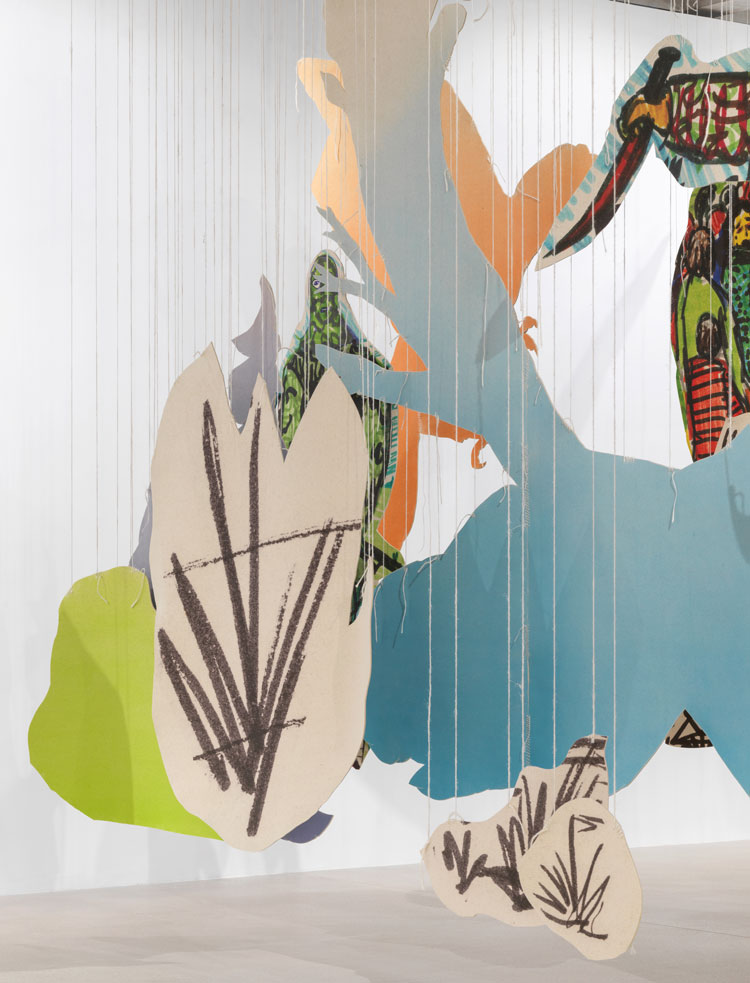 Halilaj’s fragmented visions of war and peace are displayed in such a way that viewers are encouraged to move around the space, experiencing the installation’s various elements from different perspectives. As a metaphor for expanding one’s understanding of the world through active engagement and the changing of viewpoints, it carries a poignant message. But the story it tells remains unfinished: Kosovo is still not recognised as a sovereign state by many countries, and The Hague tribunal has not yet tried all those guilty of war crimes. Glance back as you leave the installation and the imagined dreamworld returns, yet the sobbing boy remains as a haunting presence. Halilaj has said that the child represents the war’s survivors: a symbol of hope for change in the future. The nightmare may be over, but for Kosovo the dream of normalcy has yet to become a reality. 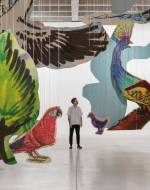 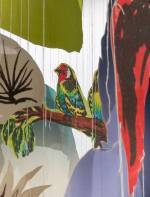 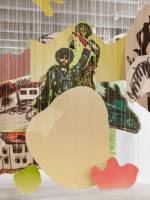 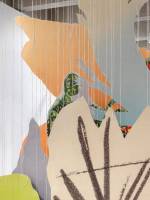