Patricia Johanson: The World as a Work of Art

Patricia Johanson: The World as a Work of Art

Patricia Johanson and the Re-Invention of Public Environmental Art, 1958-2010 by Xin Wu
Published by Ashgate, London, 2013

The landscape artist and architect Patricia Johanson (b1940) occupies a unique position in her chosen field in the United States. This talent is now well exhibited at the Museum Het Domein in the Netherlands.

Essentially, her singular career has been forged from her initial commitment as a painter. She grew up in New York and was fortunate to be based in Manhattan, where in the 60s and 70s she shared ideas with Robert Morris, Robert Smithson, Sol LeWitt and Donald Judd. Together, they formed something of a united front against the clique of conventional critics on the Eastside, with Johanson an articulate protagonist. All these artists were in transition in their work. For Johanson, this meant developing from a minimalist standpoint into larger and longer canvases. In l968, she had an early break when her painting William Clark was included in the innovative exhibition Art of the Real at the Museum of Modern Art: this, at 28ft long, was her first large-scale line painting. She aroused the ire of the critics, but vehemently and persuasively argued her case.

In 1969, she won a major gardens competition mounted by House and Garden magazine. What was already impressive was the agility with which she could move across the different media and yet sustain and develop her personal idiom. In her contemporaneous research for the House and Garden competition, which involved the submission of 150 drawings, she studied, among other work, that of the famous 18th-century landscape architect Lancelot “Capability” Brown in England, visiting Chatsworth House in Derbyshire. Brown had demonstrated an early engagement with idealised forms of natural “picturesque” landscape. Johanson was rightly critical of the extent to which Brown lacked awareness beyond this, of the changing nature of the forces that nature itself generated.

A major work followed based on her observation of such natural phenomena: Cyrus Field (1970), a forest path several miles long, in rural Buskirk in upstate New York, was to embolden and extend such findings. With a John Simon Guggenheim Memorial Foundation award, she developed ideas for the site. Before completion, material drawings and models were usefully exhibited. The concept for the project had derived from the Transatlantic Cable – itself, of course, a definitive line winding along the floor. This three-stage work marked a key instance in her development, a point of major transition. Today, more than 40 years on, it remains clearly visible on site: amid snowbound conifers or windblown fall, the line itself is well held at Cyrus Field in three materials, marble, cement and redwood blocks. These images featured in her first retrospective (1973). This major work represented that real transition for Johanson. While it was a private commission, its identity celebrating the line of the Atlantic Cable was essentially public. Indeed, since then, her commissions have mainly been generated in the public realm.

After establishing Cyrus Field, she took time to qualify in architecture and in civil engineering at New York City University. She was invited to join New York’s renowned architects Mitchell/Giurgola Associates where from 1971-3 she was engaged on public space projects. Following this stint, and the birth of her first child, she moved to Buskirk. In this reclusive woodland location, she again became more closely involved in broader natural phenomena. A fortuitous contact with the founder Ralph E Ogden of the Storm King Art Centre had a marked effect on the appreciation of her work. Ogden’s will specified that the centre should acquire one work from Johanson and one from the already celebrated Smithson. Sadly the Smithson project did not happen on account of the artist’s premature death. A much-amended version of Johanson’s original scheme was finally installed as a site-specific landscape sculpture. To be represented at Storm King placed her in pole position: yet she had to show all her typical persuasiveness and conviction to pull it off.

As Johanson’s works expanded, the affinity of her philosophy with nature also grew, primarily through her remarkable drawings and studies of plant life. The British landscape architect Sir Geoffrey Jellicoe (1900-96) was an interesting predecessor to Johanson. Initially, he was strongly influenced by the Italian Renaissance gardens, but he emerged as a modernist in the mid-l930s. Postwar, he was engaged on public works, new town parks and lakes, using water as an adjunct wherever possible. Like Johanson, he was influenced by the American philosopher John Dewey. Jellicoe’s public works came closest to hers with the Peak District National Park,1,2 where he designed a flow pattern to accommodate major and continuing site-excavated spoil. In other words, there was to be no closure, by its very nature. In concept, Jellicoe’s famous symbolic approach via a winding path to the Kennedy Memorial at Runnymede, England3 is not unlike Johanson’s allegorical pathway for the pioneer settlers at Salt Lake City, the Sugar House Pedestrian Crossing, a subterranean access way. Yet Jellicoe’s appraisal of nature, however profound, remained that of the committed humanist. Johanson herself moved beyond, within nature, ever more creatively, as evidenced by her prolific and highly coloured drawings. Today it would not be peremptory to suggest that Johanson can be considered as the logical 21st-century successor to Jellicoe.

The Chinese landscape historian Professor Xin Wu has researched Johanson’s work for a decade, making a careful, fully documented appraisal of it. She narrates the evidence of Johanson’s development as an emergent landscape artist/architect who began as a painter in New York (qualifying along the way as an architect/engineer). As a painter, she rode the invigorating swell of minimalist art in New York, succeeding over decades in a much-contested critical arena to fulfill her mission in the realm of public environmental art. Xin Wu’s book, Patricia Johanson and the Re-Invention of Public Environmental Art is a welcome and timely addition to the literature of landscape design. Xin Wu’s premise was to set out the whole portfolio of Johanson’s work and career without applying any critique. (Indeed, among Johanson’s peers, few would dispute her achievement in the field; see exhibition details from the Netherlands.) But it is left to others to make their judgment. This also was always Jellicoe’s way.

Currently Johanson’s work is the subject of a major exhibition, The World as a Work of Art, in the Netherlands at the Museum Het Domein in Sittard. The show provides a comprehensive range of Johanson’s life work representing a small retrospective. It includes about 130 designs in colour, models, photographs, and videos to give a sense of the development of her work up to now. This includes material relevant to many of the works described in Xin Wu’s book. Like Jellicoe, Johanson always sought to understand physical and natural structure and infrastructure in her projects and in the environment at large. With the nesting islands she included at Ellis Creek in Petaluma, California, Johanson provided a water recycling facility with a difference. Both book and exhibition are timely, for Johanson is a remarkable talent at the peak of her career. 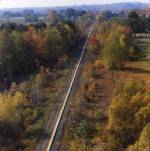 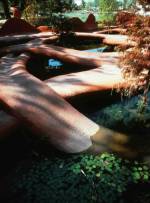 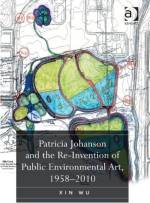