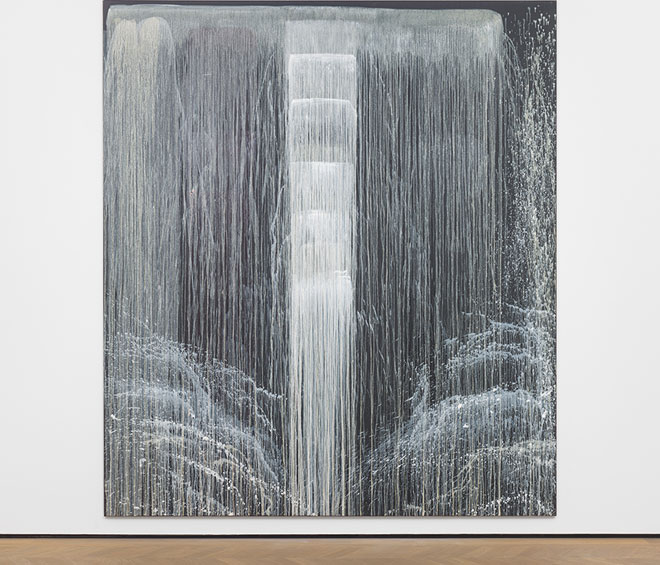 Walking up a flight of stairs feels the right way to enter a Pat Steir exhibition: the vast size of her paintings means that she is often pictured on step-ladders or cherry-pickers, reaching ever-higher to make her mark. Now the Dominique Lévy gallery is showing a dramatic selection of Steir’s paintings from 1990 to 2011, marking the 76-year-old’s first London exhibition in 26 years.

Many of the large paintings in this exhibition are drawn from Steir’s Waterfall series, which she began producing in the 80s and continues to work on to this day. On arrival, visitors are greeted by four large-scale works that are illustrative of a typical Waterfall painting: thick horizontal lines made in the upper reaches of the 3-metre tall canvas, from which rivulets of paint dribble down over a background, creating a dichrome image, often tending to shades of black and white.

Simple enough at first glance, these paintings reward close observation: secondary colours emerge in the chaos, cracks reveal layers beneath, near-transparent layers of oil paint glint in the changing light. As Steir told Interview magazine, this is more than chaos for its own sake: “I give up control, and that’s the spiritual aspect of the work – taking what comes and relinquishing control.”

In her Waterfall paintings, Steir limits herself to controlling a few key variables: colour, pressure, the length of her lines, and the viscosity of the turpentine and oil paint mix. She paints her canvasses vertically rather than on the floor, but comparisons to Jackson Pollock still come easily. Steir sees things differently, she told Interview: “My work is non-objective, so what I’m really trying to do is different than Pollock or the abstract expressionists, who were expressing; they were expressionists.” Sol LeWitt, John Cage and Agnes Martin were key formative friendships for Steir, who, over her long career, has occupied an influential space at the intersection of conceptual abstraction, chance, spirituality and East Asian aesthetics of beauty.

Born in 1940 in Newark, New Jersey, Steir was determined, from the age of five, to become an artist. After studying at Boston University and the Pratt Institute, she was featured in the Museum of Modern Art’s Drawing exhibition in 1964, marking her out as one of a growing cadre of female artists gaining prominence in New York for the first time. Over the following decades, Steir worked in publishing before teaching at Parsons, Princeton and the California Institute of the Arts, as well as travelling to East Asia, where she became fascinated with Taoism, Buddhism, Japanese painting and Chinese printmaking, noting to Anne Waldman in BOMB in 2003 her admiration for artists’ “casual confidence with beauty”, in China in particular.

These influences imply a strict control over her media that seems at odds with her embrace of the unpredictable behaviour of paint under gravity, but Steir’s compositions are delicate and considered because of, rather than despite, this element of chance. Priscilla Waterfall (1991) is a careful sequence of shortening lines, creating a dense vertical cascading effect framed by horizontal arcs of thin splashes from the sides. Elephant Waterfall (1990), the largest work on show, features cream-coloured lines of alternating height and translucency at the top of the canvas, melting on to a speckled base of white and grey, evoking mountains, clouds or wave crests.

The poet and art critic John Yau, quoted in Anne Waldman’s article in BOMB, remarked that Steir’s work “tends to focus on time passing, its entropic power.” These works function as a record of a painted line’s half-life; we can see the simple gesture of a line decay, fanning out into its constituent components. Lean in and tiny, complex details reveal themselves: cracks in the canvas transport paint along canals; thin paint layers crack, exposing what lies beneath; evaporated mixing agents leave dark halos around splashes of egg-shell pigment.

Deeper into the exhibition, colour returns in earnest. Steir leverages high-contrast combinations for maximum impact: peach spatter on a red and blue waterfall, neon yellow on navy, aquamarine drenched in a shower of lemon and scarlet. Dating from the mid-90s, these paintings show Steir experimenting with her format, while works such as Wind and Water (1995) and Wind, Water and Stone: 6AM (1997) abandon the structure of the Waterfall series altogether, in favour of a more nebulous and kinetic arrangement of paint on a square canvas.

Valentine is the most recent of Steir’s paintings on show at this exhibition, produced between 2009 and 2011. It stands out among the other works on display, in part due to its vivid colour scheme, but also because of its lack of a strong vertical structure. Steir’s subtle fluid-based variations are evident in the central crimson area, but the dominant dialogue is horizontal, between shades of mahogany and honey spitting embers at each other from the edges of the canvas.

Of her work, Steir remarked to Anne Walden: “It seems to me, when you put down a line, there is a line. How could that line be abstract? No matter what else it represents it is always still a line.” It might be wrong to label Steir’s work as abstract, as it isn’t really an abstraction away from anything. Steir has, indeed, created waterfalls from paint: like many artists after her, she is using paint for a reflexive purpose, no longer a channel for representation, but as artistic object in itself. Steir’s large, bold paintings are mesmerising in their complex layering of colour and tracing of movement over time. Her work on show at Dominique Lévy charts the compelling progression of her style over two decades, revealing an artist adept at generating fresh ideas within familiar forms. 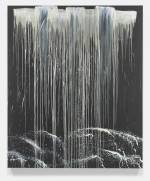 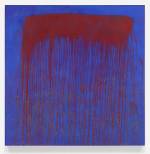 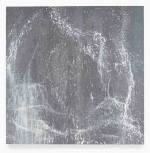 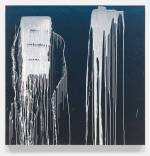 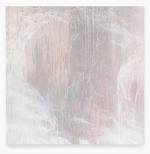