Once Upon a Time

The Van Abbemuseum, established in 1936 and one of the first public collections devoted to contemporary art in Europe, has changed all its permanent display and will disclose its new exhibition, Once Upon a Time … The Collection Now, to the public in November. The extensive circuit of more than 600 artworks will begin with a Picasso from 1909 and cover every decade of the 20th and 21st century. The museum will also innovate by giving details of when each piece was exhibited first and presenting the critical reviews and interpretations it has received since then. Van Abbemuseum’s collection includes works by Oskar Kokoschka, Joseph Beuys, Andy Warhol and many other 20th-century artists alongside artists’ archives and recent artworks, such as the new acquisition of photos by Yael Bartana. 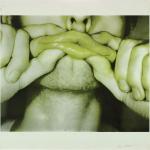