Indian artist NS Harsha explains some of the works on show at this retrospective, and why, despite once working for a technology company, he prefers to stick to painting 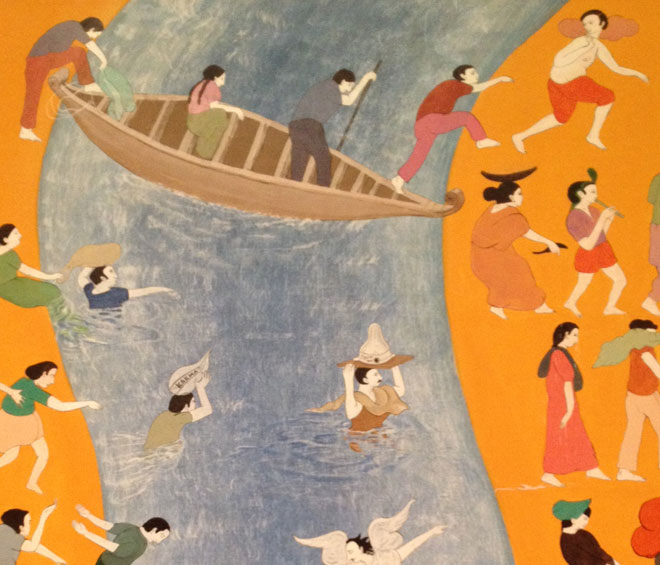 Charming Journey, the mid-career retrospective of Indian artist NS Harsha (b1969) at the Mori Art Museum in Tokyo, traces more than 20 years of his practice through more than 70 pieces of work. Working in his hometown of Mysuru in the south of India, Harsha gives us a telescopic view of contemporary India in relation to the world. At the same time, his work engages with the traditional culture and natural environment in his detailed depictions of regional daily life in a small Indian town. Harsha talked to Studio International about, why, in an age when younger artists get excited about what the latest technology can offer, he still likes to work as a painter.

Kanae Hasegawa: Your paintings show a telescopic and microscopic view of the society around us. How do you draw these paintings?

NS Harsha: I am interested in a panoramic view of the world. It is important to pull myself out and see the world around from a distance so that I can grasp the bigger picture. This allows me to understand where I am positioned within this world, and to reflect on myself. In a way, this manner of depicting society in a broad view is what classical Renaissance painters were doing when they painted panoramic views. At the same time, I am curious about the small things in which people are engaged in daily life. It is so interesting to see versatile gestures, the postures people are in, even in the same village.

KH: After studying fine art at the Maharaja Sayajirao University of Baroda in Gujarat, you became a company employee, working in the technology industry. Then you left and continued your art practice, but your art is not driven by digital technology, which is something that many young artists now incorporate in their work. Why, when you know all about digital technology, did you choose painting as your prime medium of expression?

NSH: I am interested in what paint can do. Paint has a different energy. It has historical significance as a material; human have devised it in so many different contexts. Of course, I like science and technologies, and am fascinated by the latest findings. I like to see the works of video artist Bill Viola, and I go to see digital art exhibitions, but when I return to my room, I will probably pick up my pencil and draw. The physical act of drawing by hand is about the continuous meditating of my mind; I am always giving feedback at the same time as I draw. The intellectual mind and the physical body go hand in hand. In addition, painting in a social context is what interests me. It is not just about painting with brush on paper or canvas, but paint can involve painting on shirts, which I did with school children in Tokyo, painting a national flag, Nations (2007-17) [This installation features 193 sewing machines that appeared in the process of creating or repairing flags – one for each member of the United Nations]. Even the plastic sculpture of leftovers of meals placed on banana leaves, which I made for my solo exhibition at Ginza Maison Hermès in 2008, are hand-painted on plastic. So for me, painting is not a flat surface displayed against the wall, which you stand in front of. Viewers walk through the painting in the case of the leftover sculptural meal. I sometimes get frustrated: I throw pencils and brushes and I erase drawings. All these are part of me: I feel like I am part of painting.

KH: One of the major works here is Come Give Us a Speech (2008), which depicts more than 2,000 figures across six panels. How did this idea come about?

NSH: In India, people like to gather and discuss things. Many decisions are born out of these gatherings and people all sit on plastic chairs. When I used to participate in these gathering, it was interesting for me to gaze at people who come from all walks of life, and observe diverse, versatile behaviour. I began making notes about people and, when I returned to my studio,  I started to draw them from memory. The depiction of people is approximate. I don’t intend to be accurate, but one can identify some historical figures or prominent figures from the art world. I aligned all the figures so that one can see the people from a bird’s-eye perspective, as well as look into the detail of each figure’s posture and garments. I then covered some parts of the painting with smoky clouds. When one sees smoke coming from the mountain, you know that there is village there where people are living. My intention in putting smoky cloud over the mass of people gathering is to show that people are having a lively debate here. The painting took me about six months to finish, but the idea started three years before.

KH: During your career, which has spanned more than 20 years, how do you think your work has changed?

NSH: What is happening outside becomes what is happening inside me. In the early 1990s, the Indian government opened up its financial market to the world, eventually exposing it to the influence of western companies. By the end of the 90s, foreign capital and companies had permeated even into rural areas where farming was the staple industry. For me, being raised and living in Mysuru, this change in scenery was dramatic. I was not critical or cynical, but I painted as an observer. It was an organic process. I painted how foreign companies are changing the landscape of farming, cattle-raising and the fields. This observation led works such as Siamese Twins (2007-17), a painting of two men, a western businessman and an Indian peasant, merged into one body.

KH: How will your experience of staying in Tokyo affect your future work?

NSH: During my one-month stay in Tokyo, I have been seriously intrigued by the crossing at Shibuya [a famous intersection outside Shibuya station, at which traffic lights all turn red at the same time]. Thousands of people from all corners of life go past on the crossing. It is chaos. However, once the traffic signal is red, everyone stops in order. It is as if everything has been well arranged before. I was curious to see people’s manner while they were waiting for the signal to change. I can imagine how thousands of animals could cross here. I have not come up with an actual idea, but I am thrilled at the idea of working on the idea of animals and humans crossing. 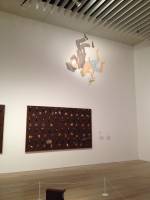 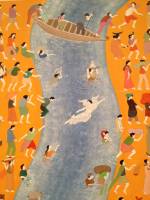 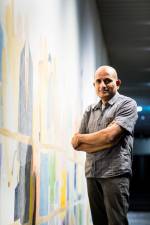