The first comprehensive retrospective of Japanese artist Hiroshi Sugimoto's work to take place in his homeland, Japan, opened in September 2005 at the Mori Art Museum in Tokyo. Running until 9 January 2006, the Mori exhibit focuses on Sugimoto's photographic work from the 1970s to the present and includes the world premiere of his 'Colours of Shadow'; a new series of colour photographs highlighting the changing light in Sugimoto's studio. Visitors to the show will become acquainted with one of Japan's most versatile multimedia artists of the past 30 years, whose work includes 'Dioramas', 'Seascapes', 'Theatres' and his recent fusion of photography with architecture and traditional Noh theatre. 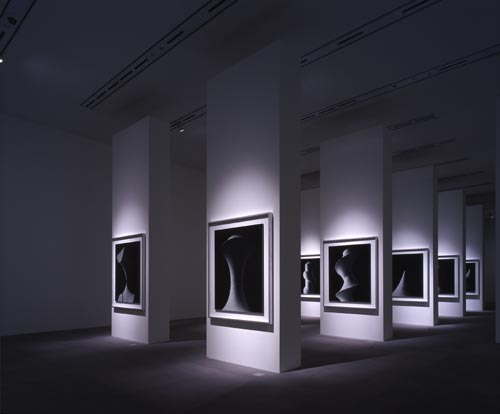 Initially, the Sugimoto retrospective was conceived by Kerry Brougher, Chief Curator at the Hirshhorn Museum and Sculpture Garden in Washington, DC. Brougher's plans finally came together in 2001, when David Elliott was appointed Director of the Mori Art Museum. Together, Brougher and Elliott spent nearly five years organising the exhibit. Sugimoto designed the exhibit, which includes a Noh stage on which visitors can view a Noh play. A sound installation created by the artist and internationally known sound artist, Ryoji Ikeda, is also on site.

There are more than 100 photographic works on view that reflect the artist's use of the camera to capture the interfacing of memory and time. The development of the digital camera has allowed photographers to create a complete record of visual experience. No longer limited to representative impressions, photographers can capture the fleeting moments that form the fabric of experience. Nevertheless, Sugimoto adheres to the traditional photographic method of making a silver gelatine print using technology invented by Louis Jacque Mande Daguerre in the mid-19th century. In his catalogue essay, Sugimoto says that photography is not just a means of recording what lies in front of us; it can also be used as a tool for self-interrogation, a process in which a person can question what is real and what is illusion.

Born in 1948 in Tokyo, at the close of World War II, to a prosperous merchant's family, Sugimoto was given much freedom and encouragement by his parents. His father gave him his first camera at the age of 14. Curious and intelligent, Sugimoto was drawn to science and technology. At the end of the 1960s, when student unrest was widespread in Japan, Sugimoto chose to study abroad at the Art Center College of Design in Los Angeles, and enrolled in the photography department. Now, after working in photography for more than a quarter of a century, Sugimoto's work is purchased by important collectors. Designer Louis Vuitton, Foundation Cartier and Deutsche Bank are among his clients. According to Sugimoto, the timing of this retrospective is apt. At a press conference, the artist said, 'In the past, I was still not ready for it, but now that I am reaching the age of 60, I thought I might have a chronology of my works that I can show to the public'.

Sugimoto's knowledge of architecture can be detected in his design of the 2,000 square metre exhibition space, which is divided into four L-shaped galleries. Entering the first gallery, a 6 metre-high rectangle, visitors encounter two areas with vast white screens standing solemnly like columns in a temple. The screens form an enclosed walkway. At this point, no photographs are apparent. When visitors have walked through the screens and look back, they see photographs of Sugimoto's recent series, 'Conceptual Forms', hanging on the back of the screens. The placement of the photographs suggests that, normally encountered by viewers as they move towards the images, they present a view into the past, or a 'backward' view.

The 'Conceptual Forms' series consists of black-and-white photographs of plaster models that demonstrate mathematical formulae brought to Japan from the West during the early 20th-century Meiji period. These models are preserved at the University of Tokyo. During 2004, Sugimoto began photographing the plaster sculptural renderings. He has photographed the plaster models against a black background as if to monumentalise the forms. In his photographs, the artist offers viewers a visual image for mathematical equations and theoretical knowledge that may have been imparted in school and not tangible reality.

A quest for the veracity of experience and the nature of reality can be detected in each piece on view. In his essay, Sugimoto mentions that, 'Even when I was a school kid, my favourite bedtime stories were not fairy tales, but factual accounts. Nights when I could not go to sleep, I would beg my grandmother for the real-life stuff'. The artist's investigation of what is real and what is not is cleverly rendered in his 'Diorama' series, which the artist began at the start of his career. Sugimoto left Los Angeles for New York City in 1974. A pivotal moment in his career took place there when he visited the American Museum of Natural History. Sugimoto explains that when he stood in front of the dioramas, where stuffed animals and such early humans as Homo sapiens appeared in front of painted backdrops, he was struck by their fabricated appearance. However, when he closed one eye and looked at the dioramas from the one-eye point of view of a camera, what seemed to have been fake appeared to be real. Sugimoto has continued to photograph the dioramas in the museum - his most recent diorama is dated 1999.

In effect, Sugimoto is like an alchemist who takes something that does not exist and convinces his audience that it is real. Since each person's perception of the world relies on his or her experience and memories, the notion of what is 'real' is personal. Visitors to the same gallery, looking at the same painting, will view and appreciate the painting in different ways, due to a number of factors that change with each viewer: age, race, culture, religion and education. Similarly, people living in the 21st century have very different perceptions from people who lived 2,000 years ago. For example, with his iconic 'Seascape' series, Sugimoto invites viewers to consider the sea and the sky in the way that ancient peoples might have seen and experienced them. To create 'Seascape', Sugimoto travelled throughout the world for 30 years and chose to photograph places with a similar tranquil quality. He framed each view of the sea and the sky in the same composition, divided precisely in two by the horizon.

While Sugimoto is, indeed, an innovative and remarkably versatile artist, there is a refreshingly down-to-earth inquisitiveness apparent in his work. Like many boys, Sugimoto was fascinated by the speed of railway trains. He collected miniature toy trains and crafted plastic models. To more precisely replicate a train, he took photographs to record a fleeting train. The young Sugimoto was also thrilled to see moving images at the cinema. His idol at that time was Audrey Hepburn. From his fascination with the actress, he decided to photograph an entire movie featuring her, by fixing the shutter of the lens with a wide-open aperture. Because Sugimoto literally took a picture of 'the length' of the movie with an 8' x 10' wide format camera without closing the shutter, there is a span of time condensed in Sugimoto's photographs for his 'Theater' series.

Certainly, the conceptual framework behind Sugimoto's method is intriguing, but the importance of his work transcends the concept. The artist has given himself, and his audience, a glimpse of the nature of reality, the underpinning of all true human experience, and a taste of where self-interrogation can lead. After making the journey through the exhibition, viewers may well start to view the world as Sugimoto does through his camera lens. As the artist says, 'The human eye, devoid of the shutter, is essentially a camera with long exposure'. 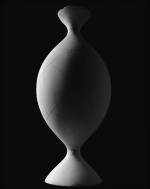