Nicholas Rena: The Harmony of the Year

Nicholas Rena: The Harmony of the Year

Monumental vessels by Nicholas Rena refer to the respective liturgical and domestic roles played by ceramic jugs or vases throughout history.

Presenting plant forms – flowers in particular – vessels always enabled nature to be offered in every season and thus they became essential to the expression of faith in the existence of a Divine Order. The act of giving implied by vessels in historic contexts is both questioned and also stripped of sacred implications by Rena, who insists the mnemonic form itself is the limit of the vessel’s ability: what it gives is the colour itself. Uncompromising in their minimalism and intense colour each piece or set of paired pieces succeeds in demanding the viewer’s attention. Now six new works have been made for his exhibition The Harmony of the Year at the Lynne Strover Gallery, June 2013, in Cambridge, the approach of mid summer when nature is at its most prolific. This year following a late spring there are plants and flowers that normally just overlap, blooming simultaneously and thus providing the artist with serious competition.

The force with which Rena embeds intense emotion into minimal forms was recognised in his Jerwood Prize installation in 2008: The Ecstasy of St Teresa (after Bernini), which employed emergency colours: flame red, yellow and orange.  Containers become versions of the body: bowls receive, and jugs give. The patina refers to ageing.  When I suggested to Rena recently that his large bowls resemble fonts with a strong spiritual resonance, and that they are also womb-like, he responded:

“If you are making such an uber-bold statement as that, you are automatically going back to prehistory, to the development of tools, and bowls were considered to be tools… they were naturally used by all religious groups. Having been brought up as a Catholic, this [surface] is naturally an altar – this is the bread and the wine. But you have to combine such ideas with others to make them more accessible, because most people don’t understand.”

The sculptural forms in The Harmony of the Year are powerful but remain essentially enigmatic, evoking numerous issues such as the role of cultural objects removed from their original purpose; the empty vessel perhaps seeking to define a crisis of faith and in Nature itself. Absence is deeply felt, and a longing comes for a sense of being grounded and in communion with the natural world. The new works, however, draw their colour source from Henri Matisse’s painting, The Black Table (1919). Rena explains:

“For those of us making a certain type of ceramic vessel, one of the central metaphors in such work, which is perhaps too obvious to state, is that these vessels are empty. It is a powerful metaphor – to produce a body of work about containment, which is intended to remain resolutely empty. They are empty because they refer to traditions of use that are almost lost: ceremonies or rituals, involving vessels, which were performed in common, such as baptism, anointment, invocation, blessing...where man and the material world fused. Perhaps these empty objects do have some function. In a world dematerialising into an anti-physical one of text and images, of speed and noise, they sit heavy, thick and still. Material trying to be as palpable as it can, reproaching a world going virtual”. 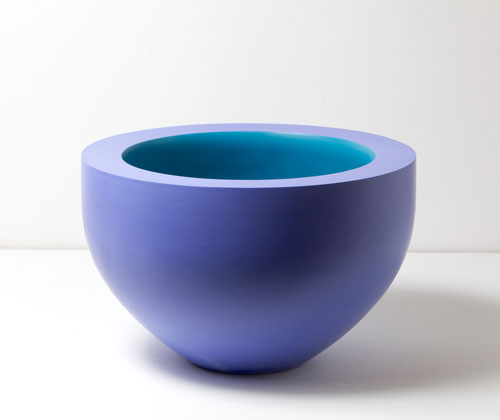 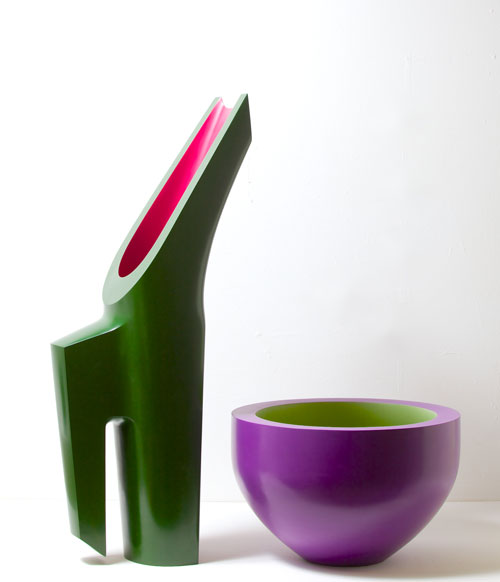 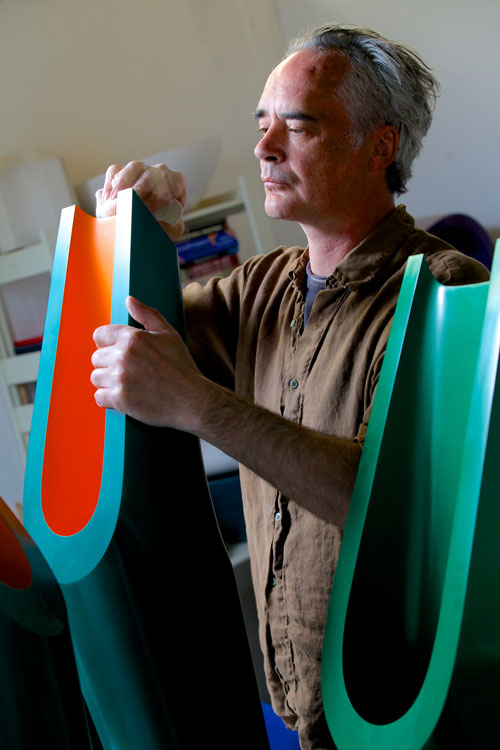