This show celebrates the centenary of the founding of the Bauhaus, guiding you through the fascinating history of a movement that still has enduring relevance 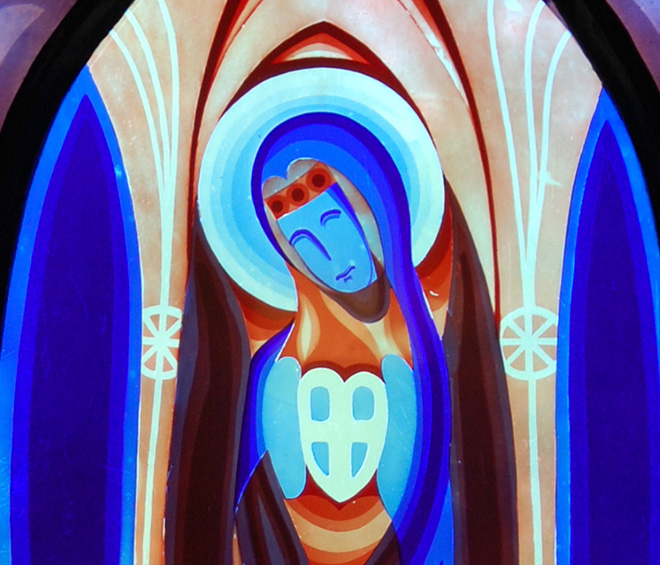 Primary colours of red, blue and yellow fill elementary shapes. A circle, a square and a triangle frame the space. The geometric installation illuminates the opening of Netherlands ⇄ Bauhaus: Pioneers of a New World, at the Museum Boijmans van Beuningen in Rotterdam. Yet as you step inside, the exhibition goes further in telling the story of the influence of this idealistic art school, with its finely curated network of places of international exchange.

With more than 800 objects and works of art, this show celebrates the centenary of the founding of the Bauhaus, while being the museum’s swansong before it closes for a refurbishment. Some of the best pieces of its world-class collection of paintings and drawings will be loaned to other museums while it is closed, says the director, Sjarel Ex, at a preview organised by the press office. Meanwhile, an art depot is under construction to create a publicly accessible storage facility for the museum’s collection. Designed by the Rotterdam-based architectural practice MVRDV, the building will have a reflective glass facade provided by mirrors that are scheduled to arrive from China this spring. Not everyone, it seems, is as happy about the building as Ex: a city resident tells me the local children’s hospital has expressed reservations about the mirrored exterior.

When the architect Walter Gropius founded the Bauhaus art school in 1919, after the first world war devastated Europe, in particular Germany, his aim was to unite artists, craftsmen and architects to make a better world. On the Bauhaus at Weimar, he wrote: “The Bauhaus strives to coordinate all creative effort, to achieve, in a new architecture, the unification of all training in art and design. The ultimate, if distant, goal of the Bauhaus is the collective work of art – the Building – in which no barriers exist between the structural and the decorative arts.”1 Teachers and students would assemble at this idealistic art school, which pioneered fresh approaches to modernism and art education, as seen in the introductory course, the Vorlehre, after which students entered technical studios taught by artists and skilled craftsmen.

Among the main teachers were Wassily Kandinsky, Paul Klee, Lyonel Feininger and Oskar Schlemmer. Perhaps less well-known is the fact that three of the 14 Bauhaus books were written by Dutch artists Piet Mondrian and Theo van Doesburg and the architect JJP Oud, members of the De Stijl group, who influenced the course of the Bauhaus in the first five years. Later, in 1925, the Bauhaus moved to Dessau and then, in 1932, to Berlin, where under its final director, Mies van der Rohe, it was closed by the Nazis in 1933. Around 30 people from the Bauhaus fled to the Netherlands. Many became active in art education, opened small studios and put ideas into action in industry.

As the director is an academic expert, could he sum up his view of the influence of De Stijl on the Bauhaus? I ask the museum’s press officer in email correspondence. Ex writes: “The influence of the De Stijl movement on the Bauhaus can hardly be overstated. The magazine was very influential (all photos in the magazine were stolen by students, the librarian once complained). Van Doesburg influenced with his presence and lectures – as an independent private lecturer during two years in Weimar – dozens of students who got acquainted with the work of de Stijl architects JJP Oud and Gerrit Rietveld, and with Dutch modern architecture in general. Vilmos Huszár’s mechanical puppets (in search of the modern, mechanical man) became very popular and were copied by several artists, and also his work with colours in interiors.”

Ex continues: “In the curriculum of the Bauhaus, the special focus since 1917 of the De Stijl group, the interplay between colour and architecture, was introduced under pressure of Van Doesburg’s teaching, after he had left for Paris, by Kandinsky who included both styles that De Stijl discussed and introduced: colour that enhances architecture and colour that modifies its effect. Van Doesburg’s invention – developing tesseracts and axonometric drawings – invented together with the architect Cornelis van Eesteren were copied in Weimar in 1923. Gropius could not get along with Van Doesburg from 1920 on (when they first met) and he played down Van Doesburg’s role and influence during decades, framing him as an aggressive man and a representative of a one-sided system. At the same time he tried to engage as a teacher Oud, the main De Stijl architect, who rejected all offers, and he tried to get acquainted with Mondrian, who was already a god in those early years in the interbellum.”

The De Stijl movement’s influence can be seen in the fact that Rotterdam’s city architect, Oud, was asked to give a lecture at the Bauhaus in Weimar in 1923, when the school held its inaugural exhibition, which included many examples of Dutch architecture. This contributed ideas of social engagement to the Bauhaus. Mienke Simon Thomas, the curator of applied art and design at Museum Boijmans van Beuningen, who has curated the exhibition, says Oud was influential in “the way he thought about mass production of houses and building for the people and building with modern techniques”. His social housing projects in the Rotterdam areas of Kiefhoek and Witte Dorp had captured the attention of Gropius.

The day before the exhibition is opened to the public, Thomas is guiding people around the exhibition and talking about Van Doesburg’s influence on students of the Bauhaus at Weimar: “[De Stijl] was thinking of a design for the world and the future, and so that was what he tried to teach the students. He was very much more dedicated to industry, for instance, he thought a world with only craft is not a modern world.” Accordingly, the central display on the Bauhaus works is curated in three thematic phases: craft and utopia; industry and experimentation; and architecture and science.

In the first phase, the curator highlights the Tulip Madonna Window, designed in about 1925 by one of the first teachers of the Bauhaus, Lothar Schreyer, for the anthroposophical Rudolf Steiner Clinic in Scheveningen in The Hague. The influence of the Netherlands on the Bauhaus and the other way around can be seen in furniture, photographs, textiles, typography and architecture, dotted around a network of 23 intersections in this exhibition.

On pieces that speak about the influence of De Stijl on the Bauhaus, Thomas talks about the juxtaposition of a red-and-blue chair by Rietveld and one of the first chairs by Marcel Breuer, known for his experiments with tubular steel. The thoughtful curation of the show can be seen in the beautiful nest of tables by Breuer, lent from a private collector in Germany, which displays affinities with a set of tables created about two years later by Willem Hendrik Gispen, one of the founders of the Opbouw architectural movement, who innovated the elegant Giso lamp (1927). Interestingly, Breuer designed the Rotterdam branch of De Bijenkorf department store in 1957, representative of the city’s postwar reconstruction after it was flattened by the Luftwaffe during the second world war.

If you visit the exhibition at the Museum Boijmans van Beuningen, it is worth collecting a tablet at the entrance. In one morning, you can follow a digital tour, which signposts 11 hubs of the show. This begins with Der Sturm Berlin (1910-25), which, like the Deutscher Werkbund (1907–33), has a timeframe that starts before the art school was founded, but provides useful historical context, as Dutch members who were important in the Bauhaus participated in these organisations. The hubs on De Stijl (1917-32) and the Weissenhofsiedlung Stuttgart (1927), where Oud and Mart Stam represented the Netherlands, are strong points of the display. Meanwhile, the influence of the Bauhaus on Holland can be seen in the Nieuwe Kunstschool Amsterdam (1933–42), an art school based on Bauhaus principles, co-founded by Paul Citroen, one of eight Dutch artists and designers enrolled as students at the Bauhaus. Of this group, the textile designer Kitty van der Mijll Dekker was the only one to follow the course from beginning to end. The colourful texture of her Bauhaus diploma piece calls to mind the vibrant fabrics in the UK’s retrospective of the work of Anni Albers at Tate Modern.

Finally, there is a hub about the magazine Goed Wonen (founded in 1946), which gives food for the soul, with its ideas about light and flexible living spaces, in accordance with values of prewar modernism taught at the Bauhaus. While the magazine closed in 1968, the place of the art school in the history of design was assured with a popular exhibition at the Stedelijk Museum. Indeed, long after the second world war, Bauhaus-style chairs were used in offices in the city. On the enduring relevance of the Bauhaus for today’s society, Thomas singles out “the idea that you could make the world a better place with good design and good architecture”. She adds: “That sounds very idealistic, but I think if you design from that point of view, that’s the best point of view.” The show contributes a fitting context in which to appreciate the oeuvres of Rotterdam architects, who are admirers of the Bauhaus, such as Rem Koolhaas and Francine Houben, while offering the visitor another layer of understanding to this forward-thinking, colourful and dynamic city. The exhibition is accompanied by a richly researched publication.