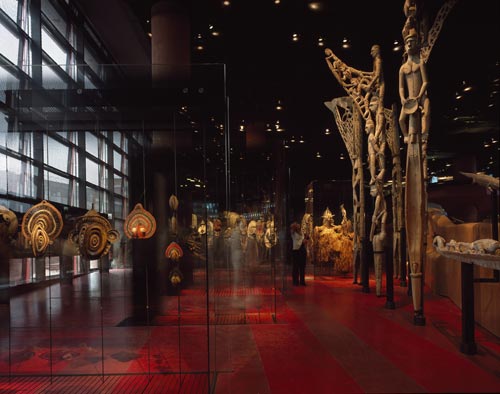 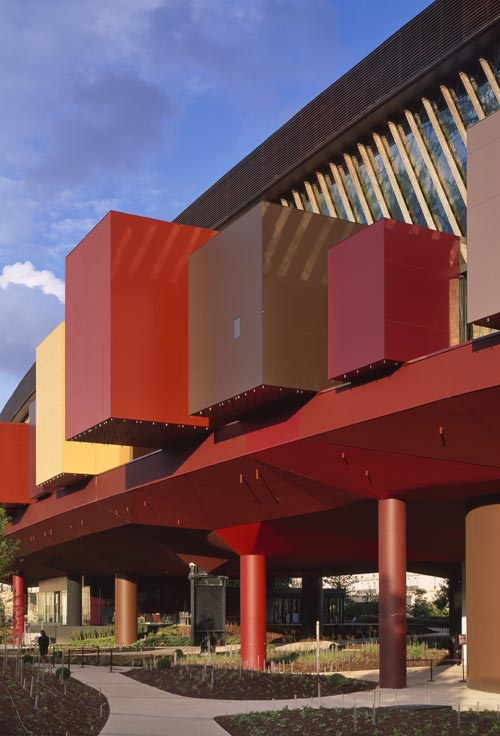 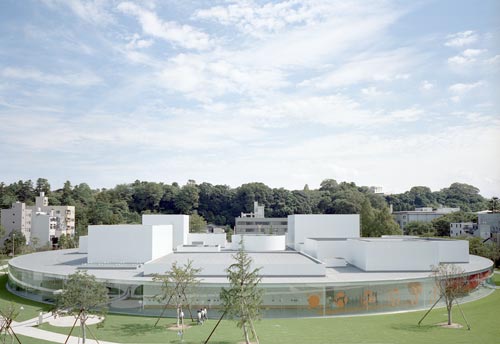 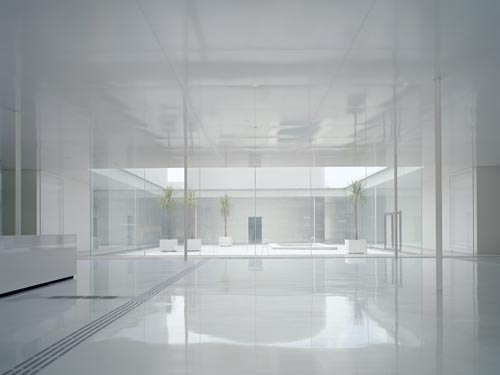 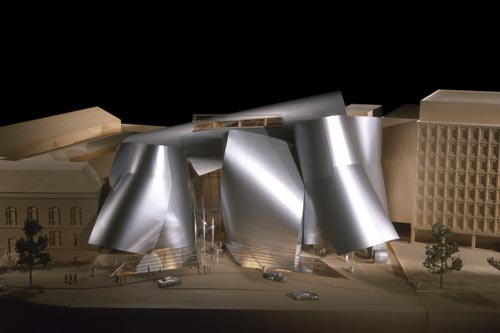 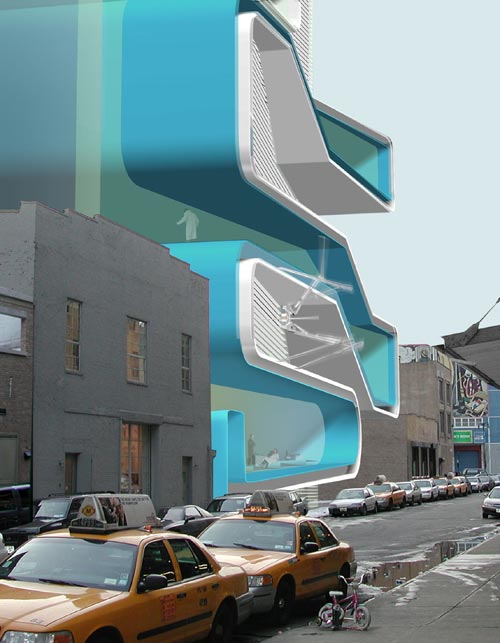 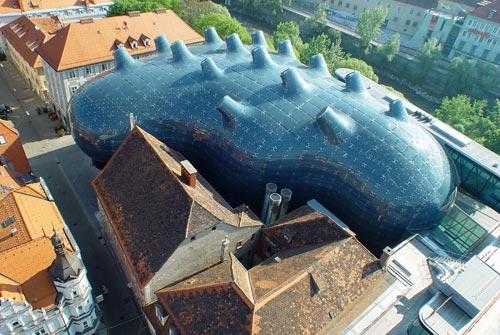 Museums in the 21st century

The Louisiana Museum in Denmark offers a quiet, liminal space for contemplation, isolated from everyday reality.1 It is a place where a modern, circular white gallery turns to a wooded landscape of sculptures, overlooking The Sound towards Sweden in a symbiotic gesture that renders architecture as art. In celebration of its 50th anniversary, the Louisiana recently hosted an exhibition that offered a fresh look at emerging trends in museum architecture through the display of a series of international projects by leading architects, as part of a global tour in collaboration with the Art Centre Basel.2

The classical display introduces the roots of the museum in the Enlightenment, when the world was full of uncharted territories.3 A place of secular truth, it contains a universal base of knowledge that shaped a civic body into a community. As Darmstadt professor Heinrich Wagner wrote, the museum is a 'cultural gauge',4 a symbol of the democratic nation. This can be seen in the reconstruction of Museum Island in Berlin, whose foundations lie in the temple-like structure of Karl Friedrich Schinkel's Altes Museum (1830). The first public museum in Prussia, it offered citizens free access to art, reflecting the philosophy of Ancient Greece. Designated a 'sanctuary for the arts and sciences'5 by royal decree, the area comprised five museums, including the Pergamon Museum and Neues Museum, whose fabric was destroyed in the Nazi period. The masterplan promises to restore its original purpose through a continuous route, 'an archaeological promenade', and a serene entrance building. In particular, David Chipperfield's sensitive restoration of Friedrich August Stüler's Neues Museum (1859), due to open next year, preserves the national monument as a ruin, with fragments of war damage on the façade - a meditation on the passing of time.

On stepping inside an atrium, a frieze of galleries comes into view. The chronological series charts pioneering museums, from the Soane Museum (1834), a living space for artists where the natural yields to the fictional; to the Metropolitan in New York (1872), a universal, public museum modelled on antiquity; to the Museum of Modern Art (1939), a commercially driven gallery with a white cube display that evolved from the artist's studio; to Ludwig Mies van der Rohe's Neue Nationalgalerie in Berlin (1968), a transparent glass and steel envelope; to the Pompidou Centre in Paris (1977) by Renzo Piano and Richard Rogers, a democratic 'university of the street',6 whose colourful service pipes signify the new typology of a flexible cultural centre; to the Guggenheim Museum Bilbao (1997), where the logo of shimmering titanium-clad sails has revitalised derelict docklands in the Basque country of Spain into a cosmopolitan leisure destination.

Bilbao epitomises the tendency to build deconstructivist spectacles, which attract criticism for overpowering the art they contain. Indeed, architect Philip Johnson said, 'When a building is as good as that one, f**k the art'. Yet simultaneously a trend towards minimalism can be traced in the neutral box of Peter Zumthor's Kunsthaus Bregenz (1997). The polarisation of designs is observed by Thierry Greub in the catalogue. To reach a golden mean, he believes that architects should return to the museum's origins, '... the dialogue between building and art, architecture and users (museum staff and visitors)'. In translating function into form, '... the future of a museum lies in proving itself as a complex space for new, permanent experiences and not just for lavish but short-term spectacles'.7 This comes to light in schemes that consolidate and critique existing typologies in Europe, the USA and Japan in the central section. There is a trend towards modest reprisals of classic forms. The Pinakothek der Moderne by Stephan Braunfels in Munich (2002) has a square design, a central dome and elongated galleries that reflect the Enlightenment language of the Altes Museum. And the MoMA extension by Yoshio Taniguchi (2004) includes two, equal volumes on each side of the garden to frame the traditional open-air centre: one contains the principal exhibition spaces; the other houses educational facilities, realising the gallery's dual aim to preserve art and impart knowledge.

In contrast, the Musée du Quai Branly in Paris by Jean Nouvel (2006) looks beyond the modernist paradigm of the white cube. Its galleries transport the visitor into an alien world, symbolising the geographical origins of the Arts Premiers inside - the icy wastes of North America, the arid deserts of Africa and the humid islands of Oceania. The art was brought back from the colonies by French explorers. With more than 300,000 exhibits, this ethnological research centre follows the route of the Seine, yet is hidden by the lush vegetation of the nearby park by Gilés Clement, including maples, cherry trees and bamboo. Nouvel speaks of a 'place characterised by symbols of the forest, of the river, and by the obsessive insignia of death and oblivion'.8

In the first satellite museum of the Pompidou Centre in Metz, eastern France, Shigeru Ban and Jean de Gastines apply oriental tenets to a cultural centre focused on a collection from the Musée National d'Art Moderne. The vital element of traditional Japanese architecture - the roof - emerges in a hexagonal umbrella of woven, laminated timber, which looks like a chinese bamboo hat. When it opens in 2009, the centre promises to revitalise the city into a tourist destination. Meanwhile, the Musée des Confluences by Coop Himmelb(l)au, a hybridisation of a museum of science and ethics and an urban leisure space, brings life to a brownfield site at the meeting the Saône and Rhône in Lyons. A glazed 'cloud' conceals 'future knowledge' in ten exhibition rooms, interwoven by an organic passage (espace liant). A fictional vision underpins the Kunsthaus Graz in Austria by Peter Cook and Colin Fournier. The biomorphic bubble dotted with 'light-trunks', floating above the Mur, draws on the ideal of Ron Herron's 'Walking City' for Archigram. Yet here the 'friendly alien' is rooted to the ground, a permanent volume that holds temporary shows. The blue-green envelope appears to be a real wall during the day, but at night it takes on a translucent air like the membrane of a living organism.

The trend towards transparency is epitomised in the speculative design for the Eyebeam Museum of Art and Technology in New York by Diller Scofidio and Renfro, where the outer skin wraps around the building of the new media institution like a thin gauze so that the interior shines through. A radical take on the openness of Mies's Neue Nationalgalerie, the building has the look of a frame - which the architects demonstrated in the Blur Building for the Swiss Expo 2002. The folding, porous, ribbon-like surface critiques the distinct private and public domains of traditional museums and exposes the democratic technological activity inside. Meanwhile, the Museum of the Hellenic World in Athens, Greece, by Anamorphosis Architects, puts technology to a symbolic use in an empty shell, where historical exhibits are replaced by a virtual display of cinematic proportions. The fluid design signifies historical eras through shapes, lighting and materials: a marble and stone theatre in hard shadow suggests classical antiquity, a dome with mosaic-style surfaces under diffuse lighting symbolises Byzantium; and wood, glass and metal cells with dramatic silhouettes conjure up the Modern era. The scheme typifies the trend towards 'experience architecture'. When it opens in 2011, it will invite visitors to enter a dialogue with their cultural identity. At the conclusion, a select group of 'visionary' schemes points to the future of museum architecture, including the 21st Century Museum of Contemporary Art in Kanazawa, Japan (2004), and the New Museum in New York (2008), by Kazuyo Sejima and Ryue Nishizawa of the SANAA architectural design office. The vast circular glass wall of the 21st Century Museum surrounds a multiplicity of white cubes in a transparent envelope, bathing them in natural light, while the New Museum comprises an opaque stack of neutral boxes. Both allow for a sense of freedom in the use of exhibition spaces. They suggest that the white cube remains the optimum mode of gallery display, a blank canvas filled by imaginative schemes, just like the Louisiana itself.