A well-defined exhibition at Mazzoleni, London, trains its eye on Michelangelo Pistoletto’s incipient figurative experiments and their aftermaths 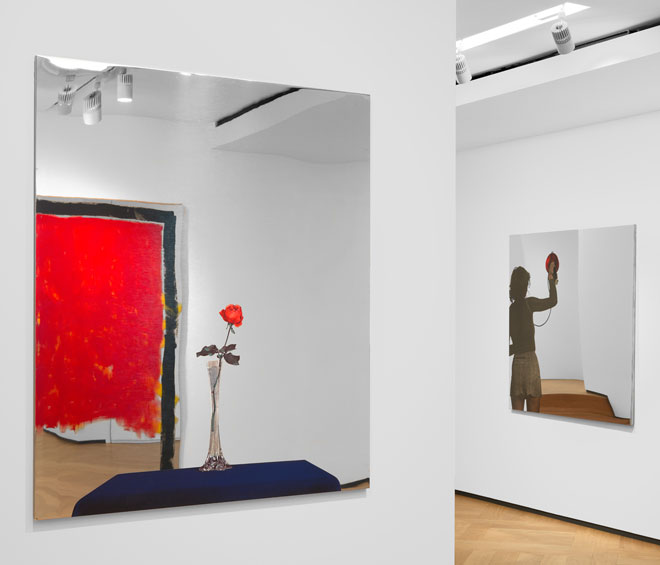 Origins and Consequences, curated by Alberto Fiz, stages a range of Michelangelo Pistoletto’s guises, the 21 works encompassing early – stellar – figurative paintings, as well as heterogenous works on paper, wood, bronze and glass, and the feted Mirror Paintings. The show’s title refers to the distinct scope of this compressed exhibition of works drawn from private collections, dating from 1958 to 2012, some exhibited for the first time. The peak is represented by the “origins”: three exceptional male portraits, unspecific, obfuscated, yet tautly potent depictions of a human figure dating from the late-50s. Pistoletto (b1933, Italy) had looked to Francis Bacon at the time of these early experiments, and while he was interested in Bacon’s depiction of a life-sized human figure, he resolved to suppress existential drama from his own works. Nonetheless, the Uomo Nero paintings, in particular Acrobata and Il Pittore (the latter an intriguing recall of Hans Namuth’s photographic portraits of Jackson Pollock), are highly charged images that make one wonder, and regret not knowing, what Pistoletto might have gone on to paint had he not changed course.

Grasping the potential of the reflective sheen of black paint to open the canvas to its surroundings, Pistoletto went a step further, crafting the Mirror Paintings, in which silkscreened images were appliquéd on to polished stainless steel. This bridging of the gap between the artwork and its social situation was a concern shared by many of Pistoletto’s postmodern contemporaries who were no longer convinced by the hermetic, would-be sacrality of the art object. When Charles Baudelaire exhorted the importance of depicting modern life in 1863, this was to be achieved through the medium of paint, an unthinkable proposition 100 years later. Pistoletto’s proposals for capturing modernity were not intended as individual portraits but as imprints of everyman, the longevity of the mirror works producing a temporally expansive museum of changing mores, each painting potentially becoming an infinity of paintings depending on its setting and spectatorship.

He also exploited the looking glass’s capacity for replication and interaction in three-dimensional works, here represented by Dono di Mercurio allo Specchio (Mercury’s Gift to the Mirror) (1971). This work typifies the time-portal aspect of the mirror works, in which Pistoletto reproduces a neoclassical version of an antique source, placing it in front of a mirror and thereby generating another reproduction, of the statue and every prospective viewer. Within this process, activated by all the mirror works, the spectator is required, willingly or not, to contend with her or his own reflection. While the Mirror Paintings’ resonance with the tedious contemporary selfie obsession is almost too facile, it is nonetheless unavoidable. Moreover, the act of contemplating one’s self is also confronted by Pistoletto in Figura Che Si Guarda (1983), a large-scale polyurethane human figure bent double to observe its own body. All of these experiments participate in, and extend, a longstanding impetus in western art to consider the act of looking itself, the relationship between reality and its representation, explored through various illusionistic conceits. 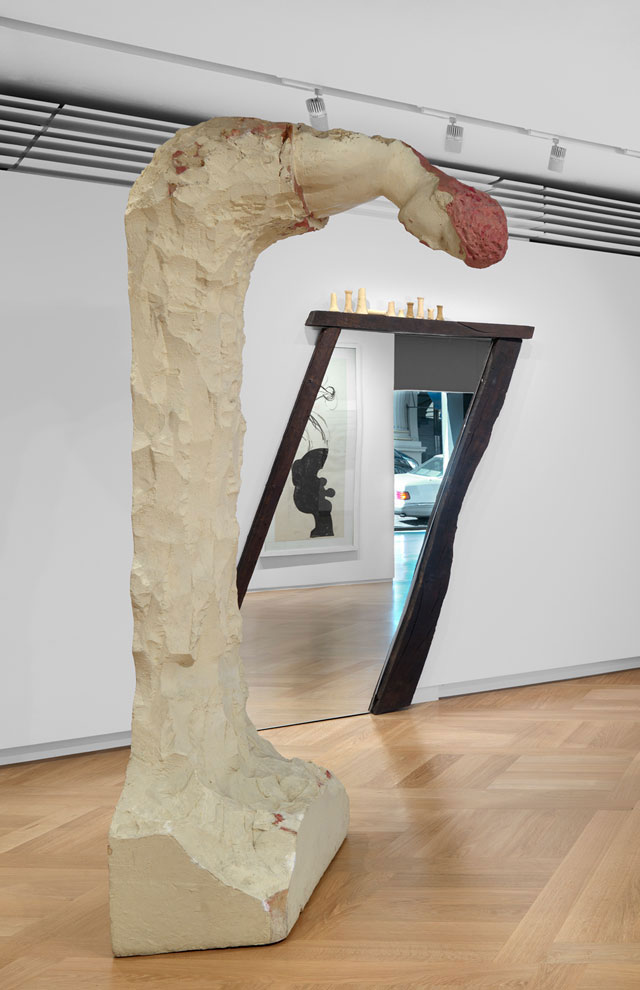 A work in this current exhibition that is emblematic of a lesser-known and interesting aspect of Pistoletto’s story is Scultura di Chamberlain (1965), a citation of a sculpture by John Chamberlain, best known for his crumpled yet strangely mobile scrap-metal assemblages. At the time, Pistoletto had been courted by the powerful gallerist couple Ileana Sonnabend and Leo Castelli. Although later turning down Castelli’s invitation to move to America, Pistoletto was nonetheless exposed through this relationship to pop artists such as Robert Rauschenberg, Jasper Johns, Roy Lichtenstein and John Chamberlain. 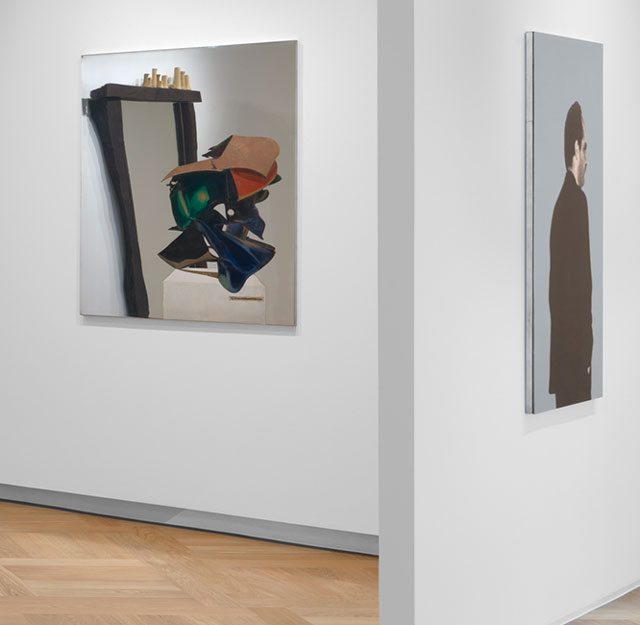 Here, Pistoletto cites the work of a contemporary, having seen a source photograph on the cover of the 1964 Venice Biennale catalogue, and engenders a new context for it by replicating and reactivating it within a mirror work. Crucially, it was this attention to the relationship between objects, people and images within time and space that interested Pistoletto rather than a fascination with emblems of mass production that consumed many pop artists. That said, Pistoletto and Chamberlain shared an interest in scrap-heap materials, one of the principal raisons d’être of arte povera.

Ineludibly lost in the stillness of any gallery setting are the more brazenly performative attributes of the artist’s other guises, notably the multidisciplinary Happenings that have spilled out on to the street since the days of the Zoo, the collective founded by Pistoletto in the 60s. Now that he is intent on the potential of participative art as a catalyst for social change through his Cittadellarte foundation and the utopian impetus of his evolving Terzo Paradiso series, Origins and Consequences is a thought-provoking summons to envisage the painter that might have been.