The Japanese performance artist Mariko Mori made a special three-day trip from her home in London to appear at the annual fundraiser of the Arthur M Sackler Gallery in Washington DC. The party was called Found in Translation: Spirit of Tokyo – and featured the exhibition Japan Modern: Photography from the Gloria Katz and Willard Huyck Collection (which continues until 24 January 2019). 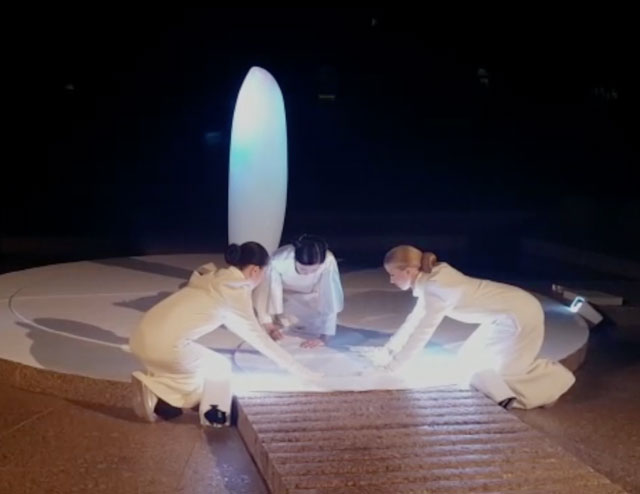 Mori, who is inspired by eastern and western mythology, performed Oneness in the Moongate Garden of the Sackler Gallery. As dusk fell, she and her two female helpers (wearing concealed heat pads on the cold, clear evening) slowly proceeded to the centre of the garden, creating a sublime art piece lasting 10 minutes. Mori left behind a bowl of pearls, which attendees could keep, as she and her attendants disappeared through the Moongate.