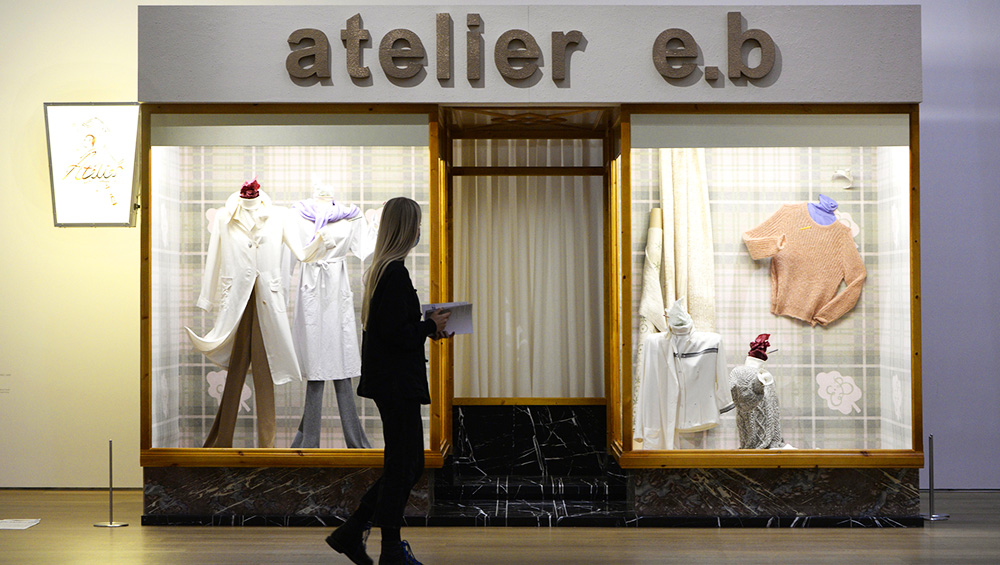 Lucy McKenzie’s Quodlibet XXVI (2013) may be one of the strangest self-portraits ever created. It takes the form of a cork noticeboard, with a single sheet of paper attached by a pin. The paper is an email printout displaying a message from the artist herself. Addressing two curators whose names have been redacted in blue ballpoint pen, McKenzie (b1977, Glasgow) speaks out against a male artist’s attempt to appropriate, without her permission, “pornographic photos” of her taken by the underground film-maker Richard Kern. To do so, McKenzie writes, “would be an example of inherent sexism and lip service to discourse that I position myself against”.

This self-portrait obscures the artist’s physical presence. As do, in a different way, the images under discussion: they were part of a project to replicate poses adopted by Cosey Fanni Tutti in her career as an adult performer. McKenzie instead portrays herself by her written voice, surely a guarantee of her own agency. But hers is not the only voice in the document. A section at the top reveals that the printout does not technically depict an email sent by McKenzie, but rather one sent by Kern in response to her draft. McKenzie’s strident assertion of control was submitted to another for the once-over. 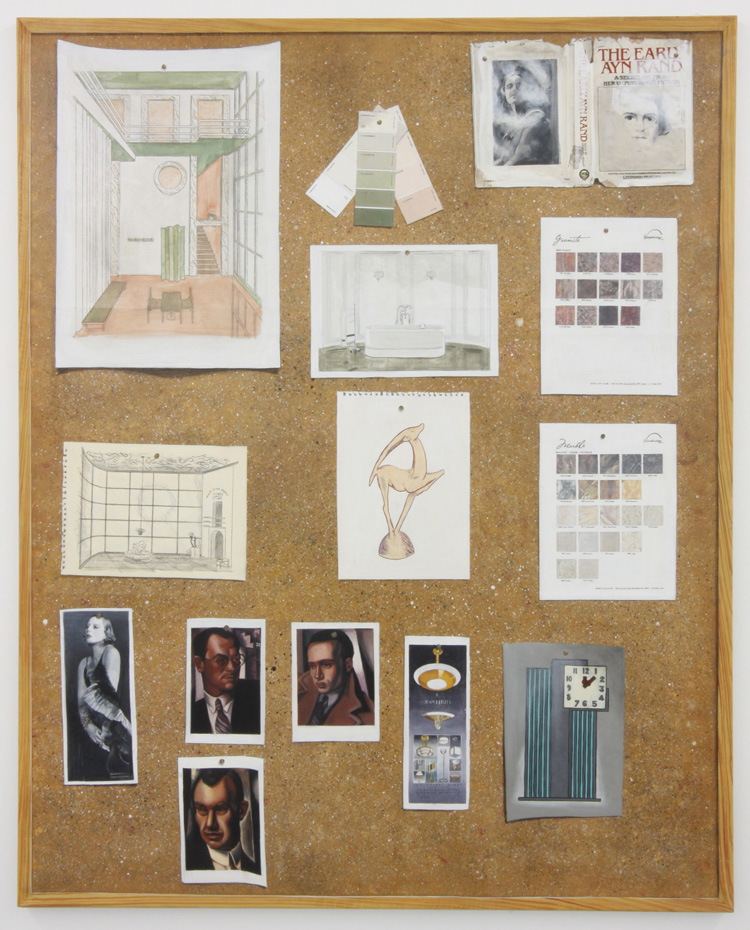 This is quite an exposure. A Quodlibet is a musical composition in which several melodies are set in counterpoint; McKenzie reveals how external forces and other individuals shape the self-portrait we present. But this is not the most uncanny feature of the work. The shadow cast by the hanging paper, the wooden frame, the printed type and its manual redactions were all created by McKenzie’s hand. Her self-portrait is a painting of an email on a noticeboard. Is this flex of virtuosity itself a form of self-portraiture? 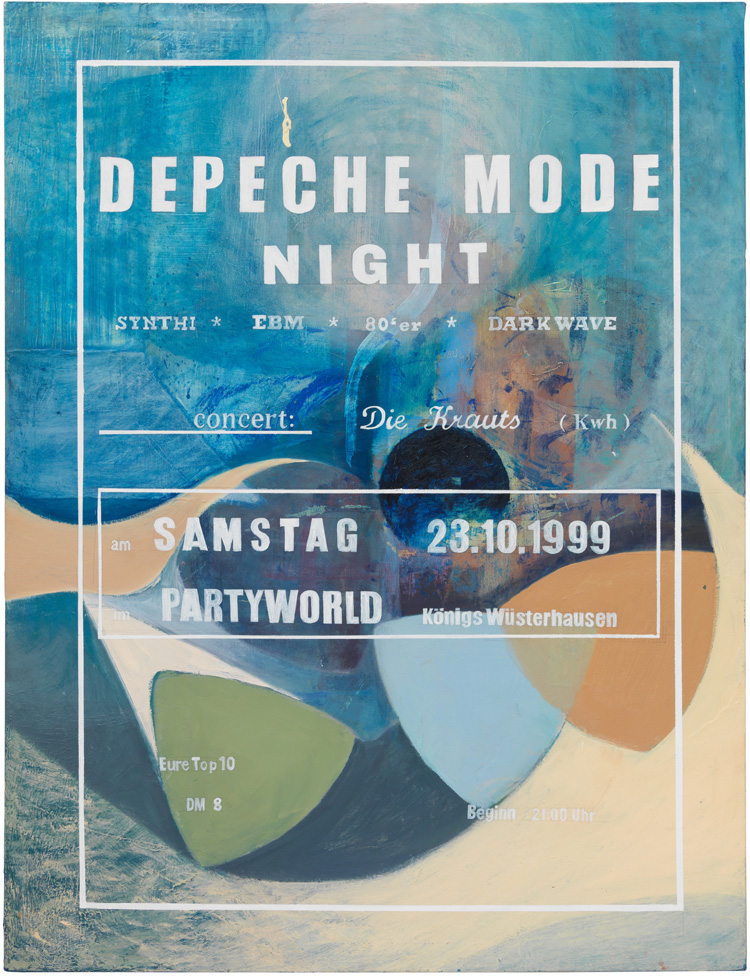 Quodlibet XXVI is tucked deep into Prime Suspect, Museum Brandhorst’s delightful, constantly surprising survey of McKenzie’s work to date. Although small-scale in comparison to many of the pieces on display, it expresses clearly many of her recurrent concerns. From early copies of Depeche Mode gig posters and club-night flyers to her recent wall-spanning maps and architectural designs, McKenzie’s work forms an investigation of the way images shape our understanding of the world. She often uses appropriation, integrating pieces of cultural history into her work. But while the appropriators of the Pictures Generation attempted to deconstruct the hierarchies of power buried in an image, McKenzie’s art is aware of the appropriator’s own complicity. 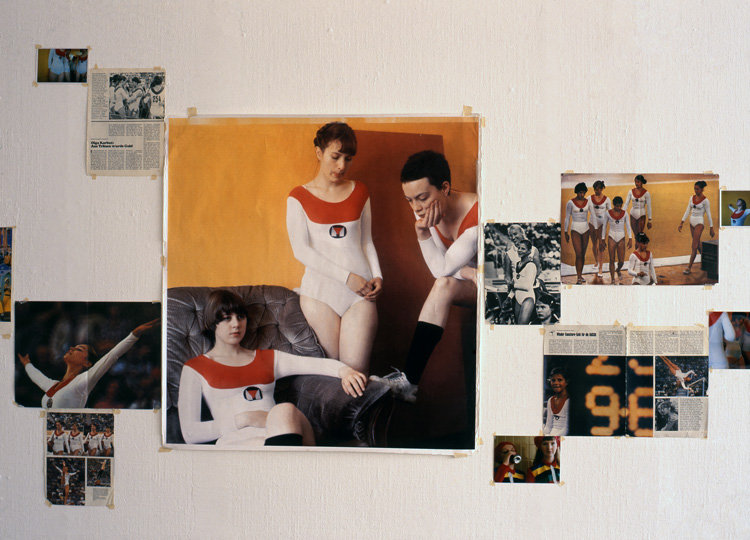 These ideas began to develop in the late 90s, when McKenzie was based in her native Glasgow. Here, she crafted a body of work centred around the 1972 Munich Olympics, an event for ever stained by the massacre of 11 Israeli athletes and a local police officer by a Palestinian terrorist sect. Concurrently, viewers were transfixed by the feats of teenage gymnast Olga Korbut, representing the USSR. In Top of the Will (1998-99), a collection of photographs, prints and pages torn from periodicals, McKenzie intermingled real documentation of Korbut with paintings and photographs of herself and friends clad in replicas of the gymnast’s leotard.

Several of McKenzie’s abiding concerns are present here: reality versus fiction, role-playing, the impact of garments on the psyche, the power of images to influence those that behold them. One painting, Co? Në! (2004), mixes the aesthetics of Belgian comics, vintage and contemporary advertising and mural painting to create a vast poster for a familiar yet ambiguous beauty product. The mock billboard’s grotesque scene – in which men slurp moisture from the armpits of an emaciated, doll-like woman – is rendered unsettlingly pleasant by the cartoon aesthetic.

In 2006, McKenzie moved to Brussels, a city in which, as with Glasgow, a fin de siècle industrial heyday has led to a distinctive bourgeois architecture. The following year McKenzie enrolled at the Van der Kelen-Logelain, the world’s sole academy for the sort of trompe-l’oeil painting popular in 19th-century townhouses. Since then, her painting has abounded with extraordinarily accurate renderings of materials: wood, marble, cork, paper, tiling. The Quodlibet series (2009-) includes tables, boards and vitrines littered with illusionary books, letters, clippings and household objects. Resembling both the fictive desks of Dutch master Evert Collier and Ed Ruscha’s mirage-like paintings of books, some serve as portraits of one or more individuals, brought together in McKenzie’s paint. Some of Prime Suspect’s earlier pieces come accompanied by display cases of research ephemera; newer examples are likely to be themselves paintings.

McKenzie’s illusions can become labyrinthine, especially when she turns her eye to what was once, often disparagingly referred to as “applied art”. One set of works from 2010, gathered together for the exhibition, imagines a Kensington drawing room whose walls display a simulacrum of the sky, somewhere between Giulio Romano and René Magritte. It is a triple-layered illusion: McKenzie has drawn this sky, and the wooden panels, skirting boards, doors and fireplaces that frame it, and also the marks of neglect. There are outlines and pale patches where small paintings once hung, plug-sockets stained by continuous use, stains of damp mingling with the clouds. The ravages of age have been recreated at the same time as the structure they ravage. 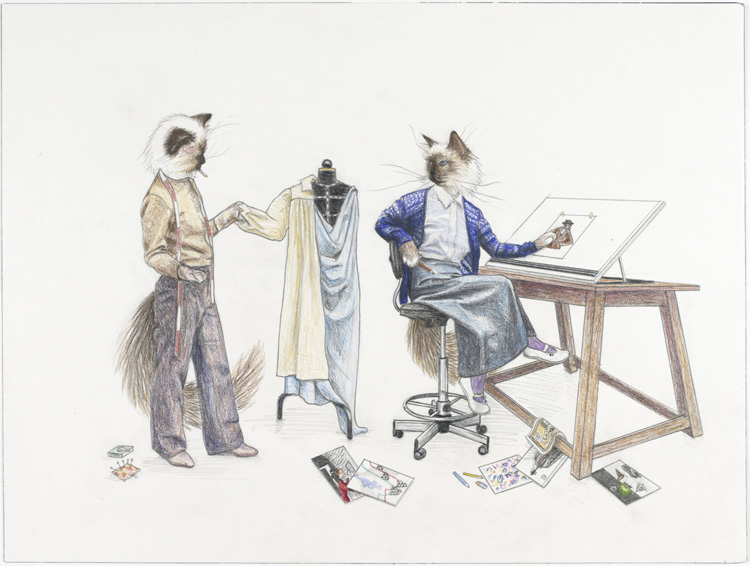 In engaging with architecture and design, McKenzie wields appropriation like a knife, chopping off pieces of history and rearranging them at will. Fragments of different structures are welded together. New art nouveau patterns emerge from existing elements. The installation Loos House (2013) replicates the bare bones of modernist icon Adolf Loos’ Villa Müller, using wooden blocks sheathed in false marble. By stripping the house down, McKenzie reveals its threatening, cage-like appearance – something made all the more disturbing by the knowledge that Loos was a convicted paedophile, tried in the year of the villa’s completion. Here, McKenzie takes the role of a detective, as hinted at in the exhibition’s title, scrutinising the art and architecture of the past for new clues.

Instead of being shackled as a fine artist, McKenzie has striven to bring all forms of visual culture in her purview, including those once relegated as lesser. She has directed short films and co-written a novel. Since 2009, she has collaborated with Beca Lipscombe on the fashion label Atelier EB, itself subject of a major exhibition at the Serpentine Galleries in late 2018. She is currently renovating a 1930s villa built by a fascist architect, enacting the sort of excavation previously done on replica houses on the real thing. But for all McKenzie’s ranging subject matter and media, Prime Suspect reveals a practitioner with a single, cohesive vision: the reshaping of how we order the visual material that makes up much of the modern world. On the evidence of this exhibition, she deserves to be cheered on. 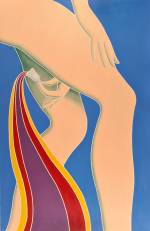 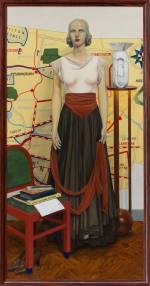