Including the works of both a Turner prize winner and a nominee, Painting Now brings together five contemporary artists whose paintings occupy a variety of conceptual concerns, while sharing certain leanings towards traditional practice. The exhibition’s title, however, leaves some doubt as to the aim of the show.

In the late 1980s and throughout the 90s, it appeared as though the position of painting as the foremost medium in art had irrevocably slipped. As a practice, it seemed outdated and almost parochial against the controversy and brashness of Saatchi’s darlings, the Young British Artists. Both playful and provocative, the works of these new superstars of the art world, famously including Tracey Emin, Damien Hirst and Sarah Lucas, placed painting firmly in the shadows as the headlines were consumed with animals pickled in formaldehyde, edgy photography and sexualised sculptures, as well as the wild antics of the artists themselves. Where much of this installation-based output appeared fresh and new, painting seemed staid, to have gone through all its transformations, to have achieved all it could. To some, originality in this traditional medium was no longer possible and, while the new breed of conceptual art had the ability to shock and beguile, the work of those artists who favoured the paintbrush had seemingly lost its edge.

To say now that contemporary painting is unfashionable, unadventurous even, would plainly be false. The popularity of David Hockney’s gargantuan exhibition at the Royal Academy last year, the posthumous retrospective of Lucian Freud’s work (and the flurry of biographies that his death has inspired), together with a variety of painting shows at the Saatchi Gallery in recent times would seem to indicate that it is very much alive and well. However, the curators of Painting Now feel that this has not been adequately reflected in Tate Britain’s output. Other than Peter Doig’s 2008 retrospective and a celebrated survey of Chris Ofili’s work in 2010, they point to a lack of contemporary painting shows at the museum, especially those showcasing artists whose work is included in Tate Britain’s collection. Additionally, curator Clarrie Wallis states: “We felt that there was a real lack of critical discourse around painting in general today and, with that in mind, we decided we wanted to set about making a painting show.” And in putting together a group show, confidently entitled Painting Now, it would seem that the aim is to introduce a new movement, an emergent, cohesive group. Not so, Wallis tells me: “We’re not making grand claims that there is a particular way of working. It’s more an opportunity to showcase what we think is really strong work.” Despite this, the works on display do share certain affinities that Wallis and fellow curators Andrew Wilson and Lizzie Carey-Thomas are keen to draw attention to.

A range of traditional practices and a certain subtle sensibility tie together the five artists in this exhibition: Tomma Abts, Gillian Carnegie, Simon Ling, Lucy McKenzie and Catherine Story. Ling’s paintings of East London streets, for example, are painted en plein air, but on a bright orange ground that shows through gaps in the paint, producing an unsettling tension between the familiar subject matter and what lies beneath. Ling is drawn to the ordinary everyday scenes most people would simply pass by, and is fascinated by the idea that they can become something much more. As he said in a recent interview for the Financial Times, he is interested in “the idea that you can paint nothing and it becomes everything”. McKenzie uses techniques of trompe l’oeil and traditional methods for rendering marble in paint. Painting is just one of McKenzie’s tools: she also works in design and fashion, but here she uses illusionary techniques to great effect to comment on, among other things, architecture and how it can shape our experience of the world. A skilfully realised painting of a cork board, complete with architectural blueprints and colour samples, outlines what she thinks a fascist bathroom might look like.

Carnegie’s paintings are traditional in their subject matter, largely focusing on domestic interiors, landscapes and still life, employing a limited palette of blacks and greys. Two large canvases depict an unsettling black cat sitting partly camouflaged on a gloomy staircase, and a similarly striking painting of a bouquet of dead flowers juxtaposes natural and geometric forms with the menacing air of a film noir. While it is largely Carnegie’s palette that unsettles, Story plays with form to add strangeness to the seemingly ordinary. She employs Cubism to both deconstruct and anthropomorphise objects, making the familiar seem foreign and mutable. Her painting entitled Lovelock is a depiction of Fellini’s camera, reflecting her interest in the history of cinema. However, this camera, while recognisable as a very specific object, is pieced together from terracotta shapes reminiscent of children’s building blocks, inviting other forms to materialise on the canvas. Illusion is also very much a part of Abts’ work. Abts, who won the Turner prize in 2006, creates paintings that are abstract in appearance, but which originate in concrete experience and figurative concerns. The sinuous shapes and undulating lines criss-crossing the canvas appear simultaneously flat and 3D, inviting closer inspection, which in turn reveals the workings and reworking of her intuitive method.

A quiet strangeness pervades these works, a sort of understated but powerful aesthetic connected by illusion, by the strangeness of perception and the transformative power of interpreting the world in paint. And each artist in this exhibition has a nuanced and subtle message. Formalist concerns sit alongside ideas of artistic appropriation, shifting meanings and political ideology. However, the parameters of this exhibition as indicated by the title are unclear, making it easier to define what this exhibition is not rather than what it is. For example, despite what the title might suggest, this exhibition is not a survey of contemporary painting in Britain, nor does it seek to introduce us to bold unknowns. It makes no claims to showcase a cohesive movement in painting, but at the same time the curators are keen to draw parallels between each artist’s approach. Indeed, the true aim of this exhibition remains elusive and as subtle as the paintings themselves. However, what we can be sure of is that, right now, painting is alive and well. 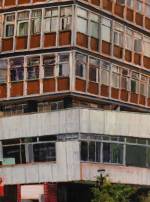 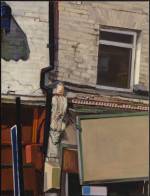 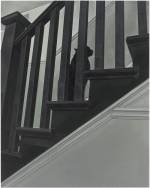 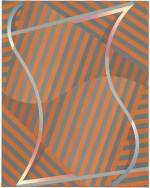 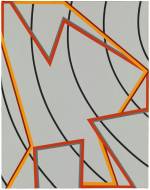 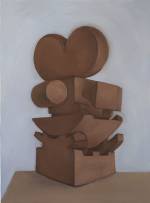 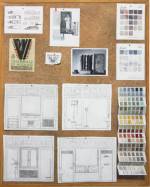 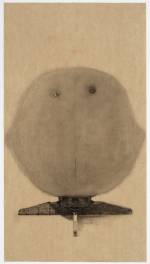 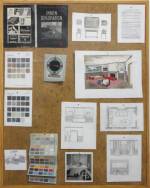