Unable to install The End of Fun! at Ikon in Birmingham because of Covid-19 travel restrictions, Kintera spoke to Studio International via Zoom from his studio in the Czech Republic

Krištof Kintera’s subject, and his medium, is the stuff that connects us and powers the modern world. Desires, delusions, hopes and fears: wires, diodes, circuit boards, lamps and cables – today’s prized novelty stands in for the gods of yesterday, before they become tomorrow’s refuse. Kintera compares these contemporary networks to the structure of plant roots and their supporting colonies of mycelium: a universal system providing energy and communication. 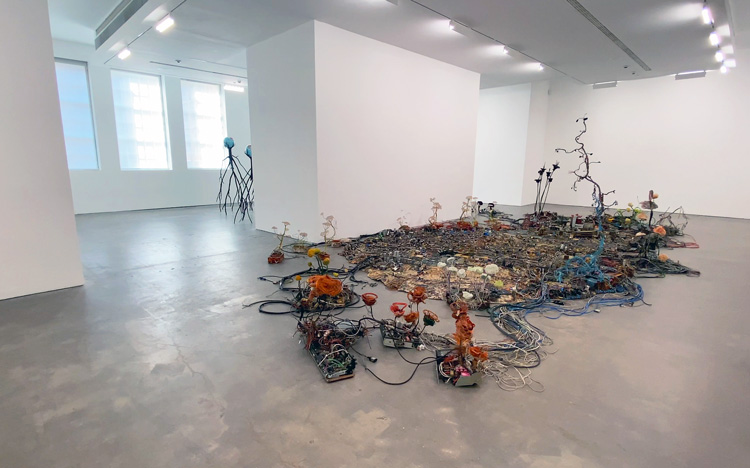 Currently installed in Kintera’s survey exhibition at Ikon, Birmingham, the great sprawling cityscape of electronic debris Postnaturalia (2016-17) suggests a near future in which discarded circuitry evolves into a life of its own. The sculpture assumes a hybrid vegetable-technological form, with brain-like resin casts of cauliflower heads cresting monstrous futuristic wire stems. The work is installed beside a recreation of the artist’s studio, suggesting a constant process of transformation and creation: art-making and exhibition-making as practices that are not excluded from Kintera’s critical vision of overproduction and consumption. 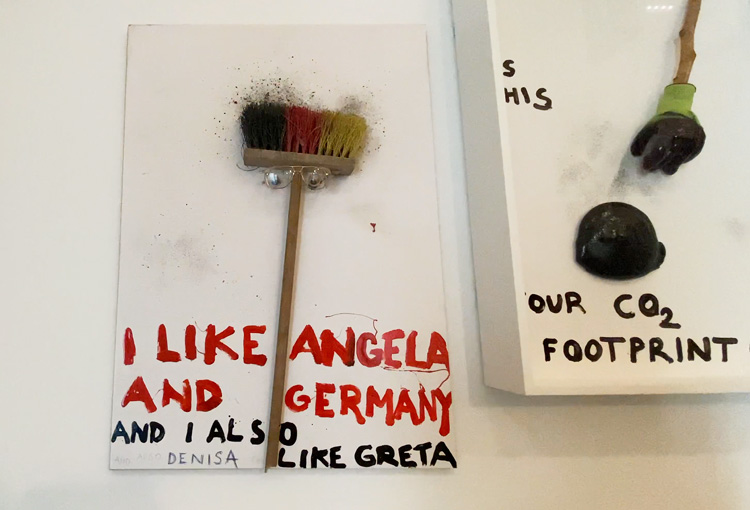 As per the title The End of Fun!, while Kintera’s work may not carry an explicitly environmental message, it is riven with angst. The chapel-like upper gallery is hung with rapidly produced paintings and collages – referred to by the artist as “drawings”’ – many of which express the artist’s raw fears and passions, whether personal, political or environmental. 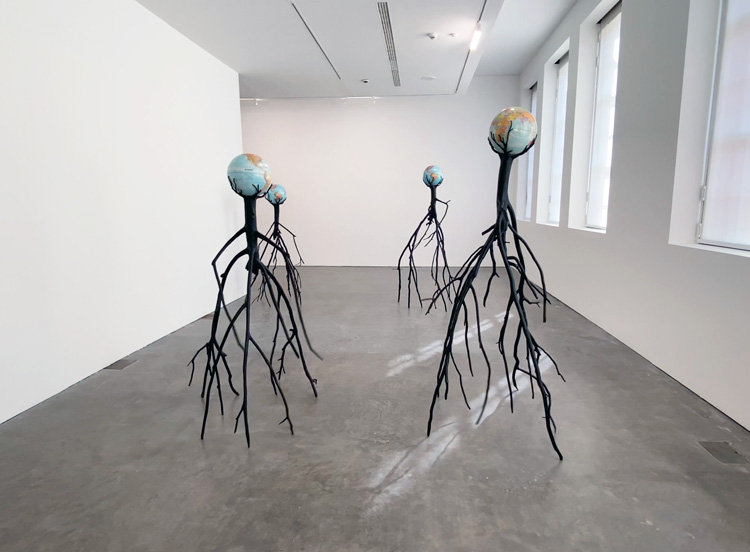 Kinetic works such as the jittery Nervous Trees (2013-17) and the talking crow I see I see I see (2009) reimagine the gallery as a mythic space, the stuff of European fairytales in which plants can move and animals talk. As with the best fables, humour and charm conceal a dark undertone. 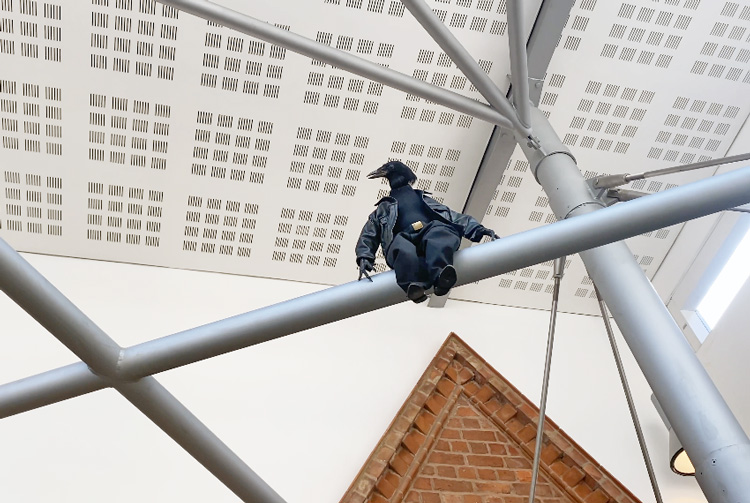 Born in Prague in 1973, Kintera studied at the Academy of Fine Arts in Prague, and the Rijksakademie in Amsterdam. He has had recent solo exhibitions at the Tinguely Museum, Basel; Kunsthal Rotterdam, and the Maramotti Collection, Reggio Emilia, and was featured in the 2019 Quebec City Biennale.

Interview by HETTIE JUDAH
Filmed and edited by MARTIN KENNEDY