Linda Goode Bryant’s gallery and experimental space gave prominence to black artists and artists of colour in the 1970s and 80s. This show encapsulates the spirit of JAM, which did much to shape the landscape of contemporary American art 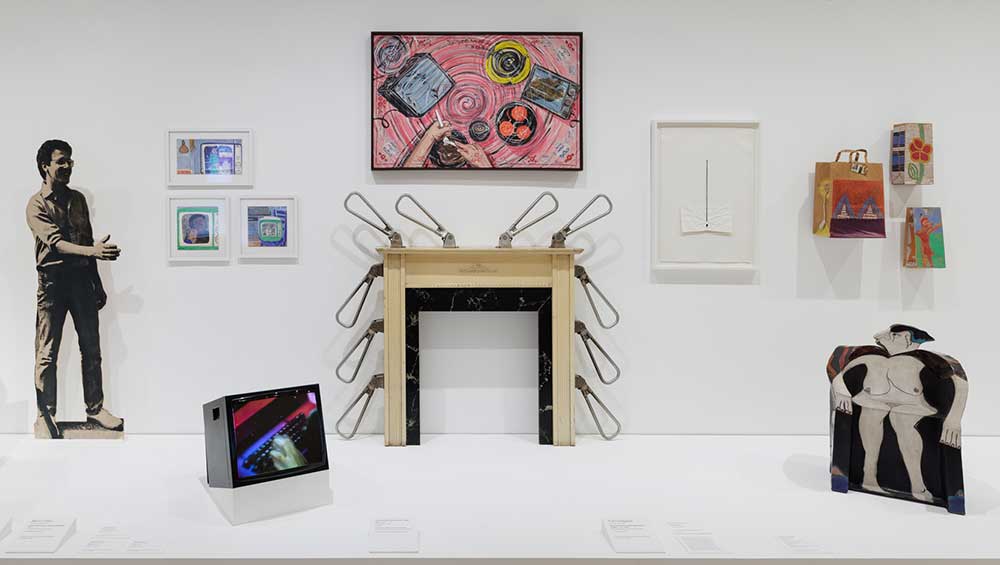 Gallerist, activist and all-round problem solver Linda Goode Bryant was 25 years old when she opened Just Above Midtown (JAM), a gallery and space for collaboration, experimentation and mutual aid that was primarily, but not exclusively, for black artists. After she secured the first of its three spaces in New York City, Goode Bryant bounded up five flights of stairs to find her friend Romare Bearden, who advised that she seek respect, rather than love, from the artworld. She remembered their meeting in a recent interview with Senga Nengudi: “Why is he popping my balloon? I have the lease. I run up all these stairs. I fly from 57th Street to Canal Street on the subway. Are you kidding me? You’re popping my bubble here.” 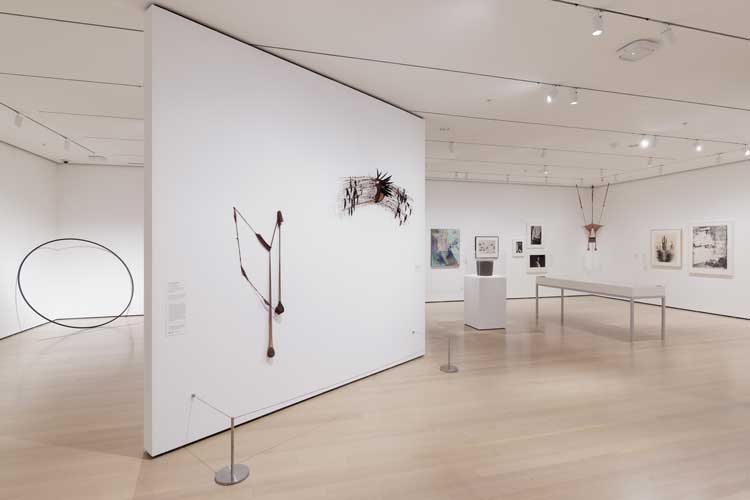 The energy – productive, frenetic – continued ceaselessly for JAM’s 12-year existence from 1974 to 1986. This period saw the organisation of more than 150 exhibitions, nearly as many performances and 50 screenings. It was one of the most important sites for the emergence of conceptualism in the United States. The landscape of contemporary American art today is inconceivable without the artists JAM cultivated – Lorraine O’Grady, David Hammons, Howardena Pindell, Maren Hassinger – even if their early affiliation with JAM is not often recognised now. The question is how such a source of almost superhuman energy born of grit and determination could be encapsulated as Just Above Midtown: Changing Spaces, at the behemoth of teleological modernism that is the Museum of Modern Art (MoMA). 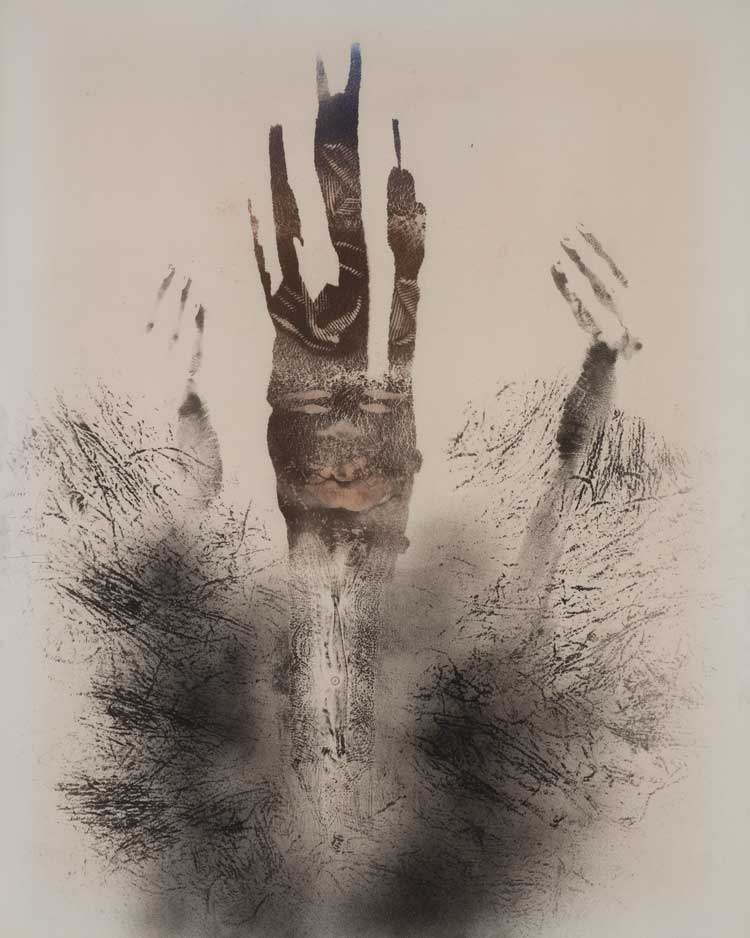 In this, the current show has succeeded mightily. MoMA curators of media and performance Thomas (T) Jean Lax and Lilia Rocio Taboada, in collaboration with Goode Bryant and Marielle Ingram, organised the show in three sections corresponding to JAM’s successively larger spaces. An anteroom gallery lays out key themes: doing it yourself and using what you have to create what you need; the signifying capacity of a retooled abstraction in supreme works by Pindell, Hammons and Randy Williams; and the power of women’s labour. The latter seeps from a linocut of the artist at work by Valerie Maynard, socks made of rubber flies by Sydney Blum, a Nengudi nylon sculpture, and Wendy Ward Ehlers’ brilliant cross-section of lint behind Plexiglas called Untitled (Three Inches Equals One Week of Laundry) (c1974). 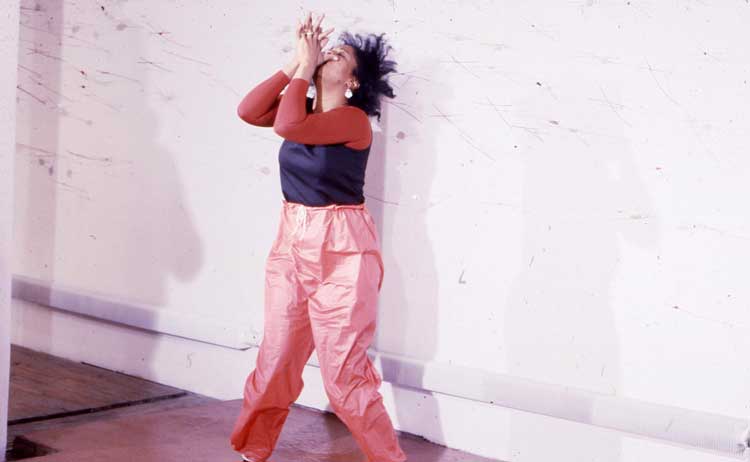 Each wall label indicates the historical JAM exhibition in which an artwork was shown, offering historiographic inroads if visitors wish to follow along in the catalogue’s exhaustive chronology. Archival material is spread throughout Changing Spaces with such artistry that it never feels heavy, the way documentary retrospectives sometimes do. (Don’t miss the interview clip of Benny Andrews comparing being an artist to having less time to harvest potatoes for JAM’s professional development programme, The Business of Being an Artist.) Friendly banter in letters to Goode Bryant expose deep bonds of reciprocal support, young collectors speak straight to the camera (a Sony Portapak that Williams borrowed from the Met, where he worked at the time) about their educations at JAM, and photographs document performances as well as Goode Bryant’s children and the family ethos of pitching in to get things done. 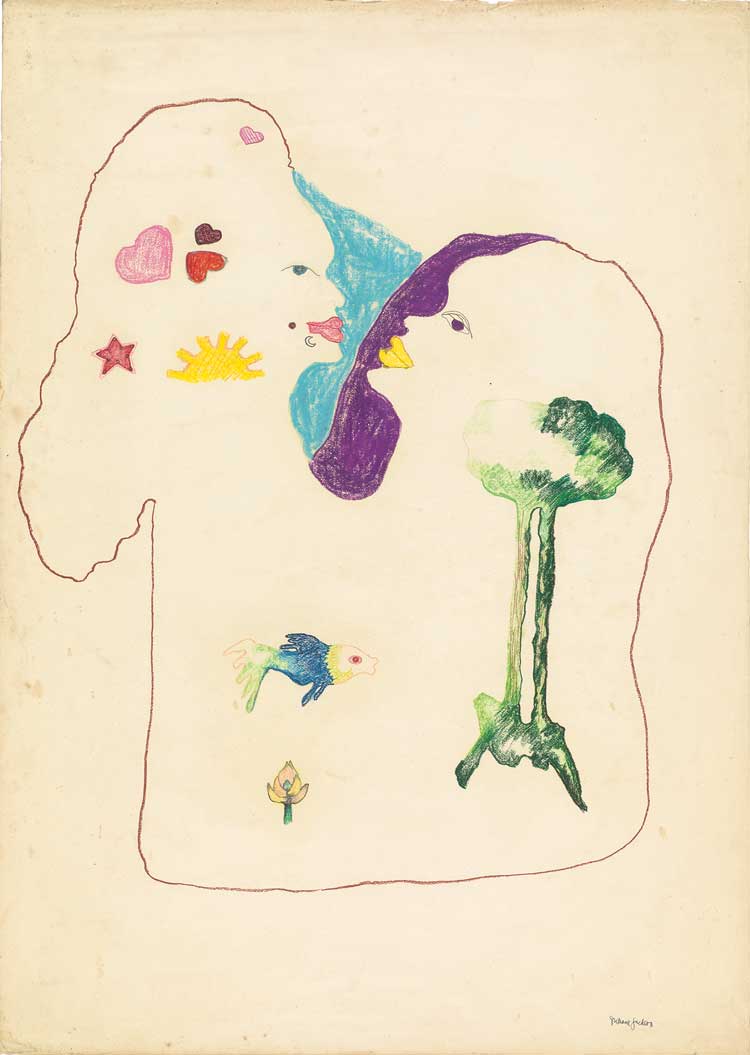 Art associated with JAM’s first space at 50 West 57th Street, which it occupied from 1974 to 1979, hewed most closely to traditional definitions of painting, sculpture and photography. Suzanne Jackson’s washy painting MaeGame (1973), of two ethereal heads among silhouetted trees, explicitly engages beauty as political statement; Hammons repurposes everyday remains, juxtaposing vinyl record shards with his signature hair-spotted reeds in the wall sculpture Untitled Reed Fetish (Flight Fantasy) (1978). The performance that would come to define JAM’s later programme was present from the first, too. Jorge Luis Rodriguez’s minimalist steel hoop later crops up in video footage with a person inside it, demonstrating JAM’s open-ended approach to materials and ideas. Nearby, photographs document Houston Conwill’s performance Notes of a Griot alongside its featured moulded latex and wood Drum (donated by Nengudi to the Studio Museum in Harlem, further exemplifying JAM’s webs of interpersonal relations). Here, we sense artists exploring the capacities and legacies of black bodies experimentally and experientially in order to consider identity in broad and increasingly conceptual terms. JAM artists came between two generations of artists who addressed black identity more straightforwardly: Spiral artists such as Bearden and Norman Lewis (on view here), who fiercely debated representation in figuration and abstraction in the 1960s, and those such as Lorna Simpson (also exhibited here) and Glenn Ligon, who coalesced around the identity politics of the 1993 Whitney Biennial. 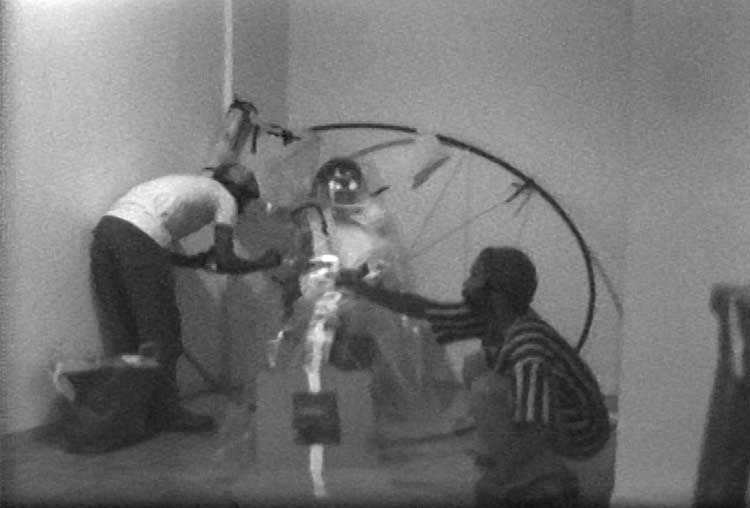 JAM’s move downtown from 1980 to 1984, to a former meat-packing building in Tribeca located at 178-80 Franklin Street, inaugurated robust programmes with nearby galleries, further interdisciplinarity and a wider circle of artists. Disappearance and the spirit are shared themes in Albert Chong’s photograph Minimal Mystic (1982), showing the artist crouching before a crinkled backdrop, and Rosemary Mayer’s cellophane October Ghost (1980), reconstructed for this occasion by the artist’s estate. In Hassinger’s Consolation (after Palmetto [1980]) (1996), 100 twigs made of partially unravelled steel rope hang in a neat row above our heads, evoking dance. Hock E Aye Vi Edgar Heap of Birds and Randy Williams address discrimination in, respectively, a painting pairing Cheyenne words not with their English translation but with stereotypes, and a wall collage combining fake guns, a lynching scene, and a book cover showing George Jackson, a black man killed while on trial in California in 1971. These works boldly investigate shared circumstances during that 80s period when the New York artworld and the international market turned toward reifying the authorial self through neo-expressionist gesture. 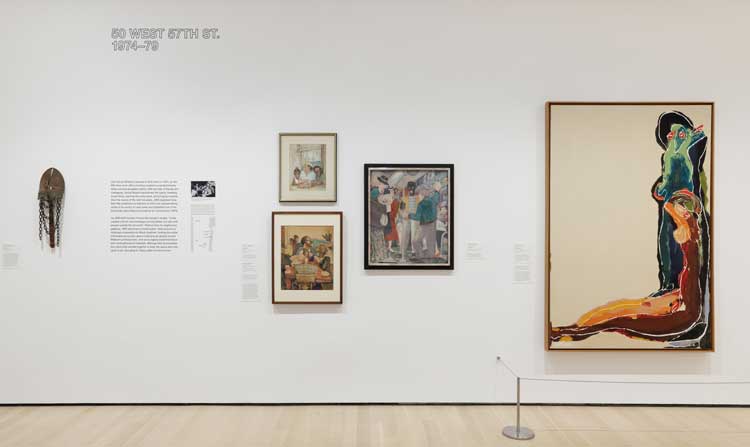 Following its eviction from Tribeca, JAM relocated a final time to 503 Broadway in SoHo from 1984-86 and moved farther from the model of artwork as object toward music, live performance, social practice and JAM as studio space. Performance excerpts show Martha Wilson excoriating Ronald Reagan with characteristic irony in The State of the Art Union Address (1983), while another screen features Goode Bryant’s ongoing Project Eats, a system of neighbourhood-based farms in New York City that yield jobs and fresh produce to local communities. 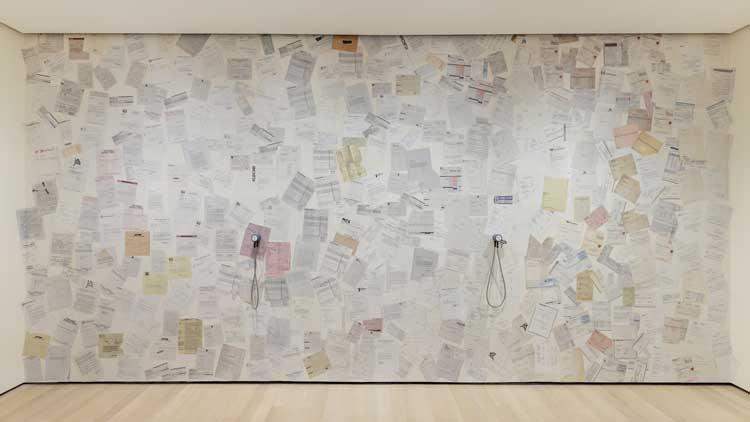 The increasingly ephemeral nature of JAM’s last phase is offset by the voluminous administrative documentation Goode Bryant retained all these years, displayed in a corridor linking the show’s two main galleries. Here, an avalanche of overdue bills from utility companies to Artforum (some addressed to “Lost Above Midtown”) are presented as wallpaper, a forcefully affective attestation to its precarity within a white artworld and capitalist economy, and to its dependence on other enduring means of existence such as mutual aid. Lax’s catalogue essay suggests that JAM was a durational conceptual artwork above all else, while Fred Moten proposes temporariness as a condition of survival. Beyond the deep marks JAM leaves in artistic practice today, these are helpful terms for continuing to press ever outward the contours of making and showing art, as Goode Bryant has done from the start. 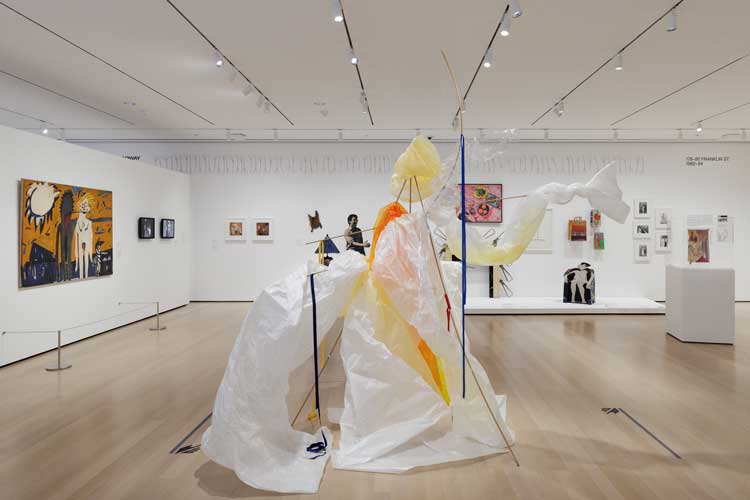