Joseph Hillier – video interview: ‘Figurative sculpture in a public space presents a real opportunity to stir something in people’

Joseph Hillier – video interview: ‘Figurative sculpture in a public space presents a real opportunity to stir something in people’

Sculptor Joseph Hillier talks about his most ambitious project to date, its design, and what it takes to construct a bronze that weighs 9.5 tonnes

This spring, the largest bronze sculpture to be cast in the UK will be erected at the entrance to the Theatre Royal in Plymouth. Standing seven metres tall and nearly nine metres wide, Joseph Hillier’s Messenger will depict a young actress caught mid-rehearsal for a production of Othello with the theatre company Frantic Assembly. She strikes a dynamic pose, a brief, energetic crouch that the artist chose to capture and recreate on a truly monumental scale. She appears on the brink of some great leap forward, poised and ready for action, frozen in time, for ever about to launch into the future. 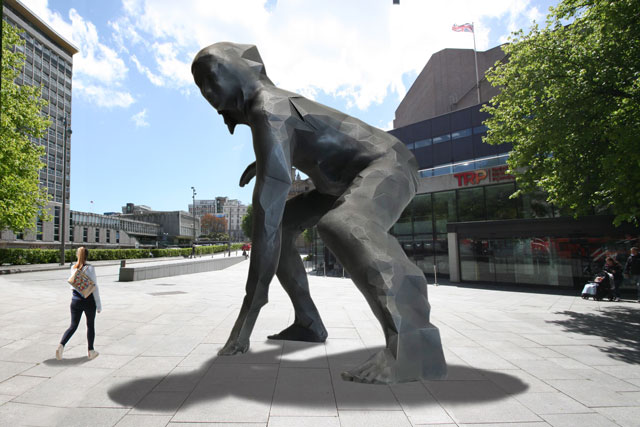 Joseph Hillier. Visualisation of Messenger outside the Theatre Royal, Plymouth. @ the artist.

Hillier’s huge sculpture is being cast piece-by-piece using the lost-wax technique at the Castle Fine Arts Foundry in Llanrhaeadr ym Mochnant, Wales. But this process has undergone some modernisation. The actress’s stance was captured using 360-degree Computer Aided Design and then cut into polyurethane foam by machine and broken down into 200 separate sections for the labour-intensive process of casting. The resulting bronze panels will then be welded together, with the final assembly taking place on site in Plymouth. 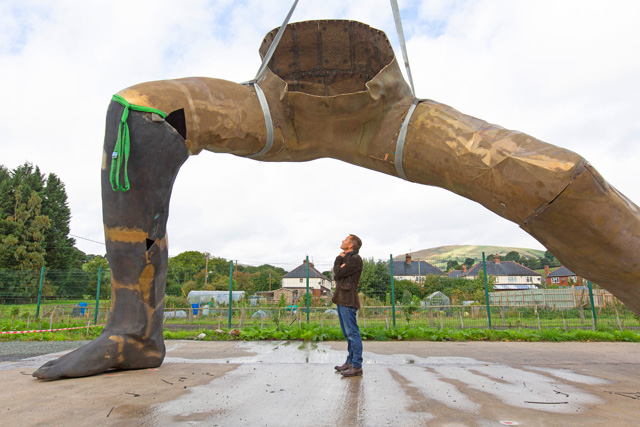 Hillier, who was born in Cornwall in 1974, lives in a rural village near Newcastle in the UK. He is an associate member of the Royal British Society of Sculptors, with no shortage of public commissions to his name. But Messenger will be his most daring. Studio International visited the Castle Fine Arts Foundry in Wales to speak with Hillier about this project, and to see the work in progress. 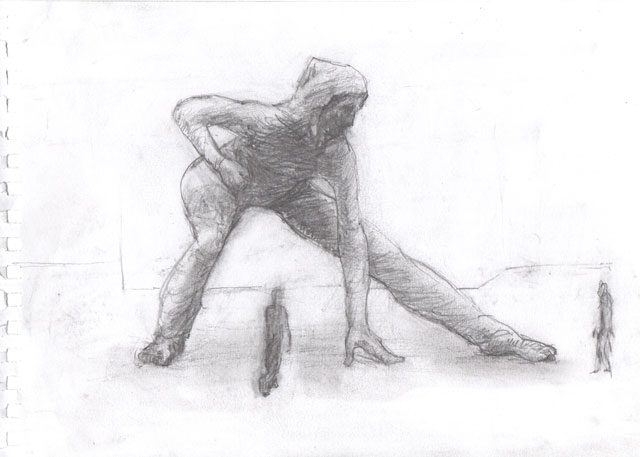 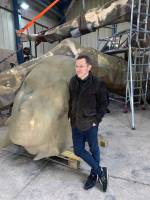