John Stezaker: ‘I was trying to create a sort of photographic cubism’

John Stezaker: ‘I was trying to create a sort of photographic cubism’

The British artist discusses a series of 1970s collages that launched his career, and which have been brought together for an exhibition in New York 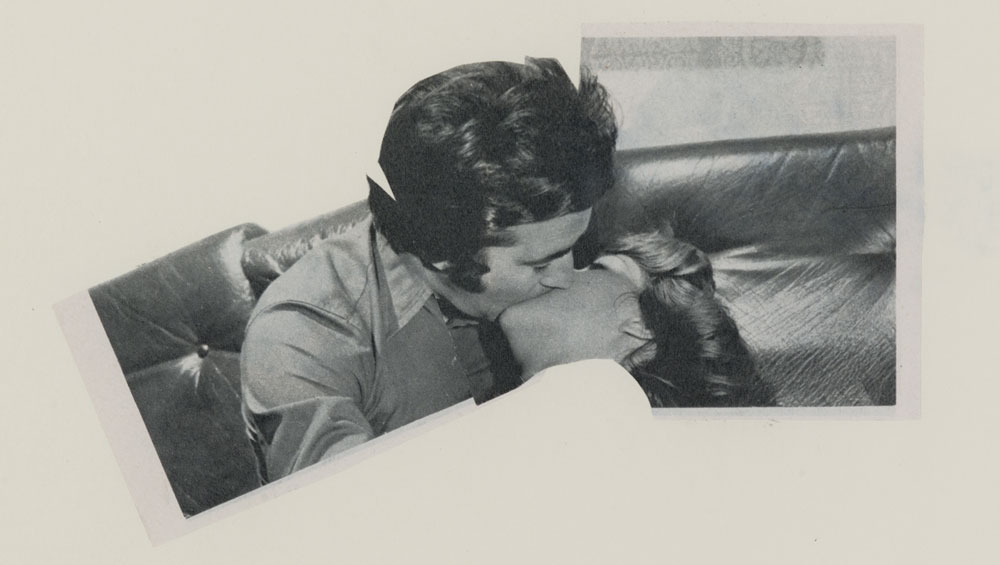 In the early 1970s, John Stezaker discovered the photo roman. Although he had heard of the term a few years previously, his first encounter with this type of photographic narrative was through a Chinese publication called Mine Warfare. The printed material took on the role of wartime propaganda, about the Sino-Japanese war, hence its subject matter was a little unusual compared with the standard narratives of romance. It was during a trip to Italy in 1973 that Stezaker came across the more common photo romans – popular love stories told through a sequence of colour images and brief accompanying captions. He began to collect these magazines. Then, around 1975, he discovered their black-and-white Spanish counterparts. It was these versions of the photo roman that encouraged him to begin incorporating such images into collage formats, and his practice over the past four decades has focused on developing the aesthetic that he first created during this time. 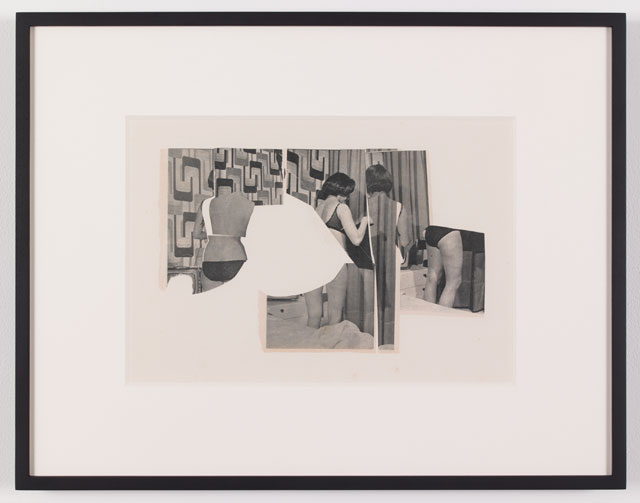 The Petzel Gallery in New York is currently showing a selection of these rare works in the exhibition The Voyeur: Photoroman Collages, 1976-1979.

John Stezaker (b1949, England) lives and works in London.

Allie Biswas: Photo romans were an important source material for you from 1976 until 1979, when you stopped using them. I believe you became interested in them when you discovered them in Italy in the early 70s, but I know that the situationists were also an influence in this respect.

John Stezaker: Yes, there’s a pre-history: I was very much under the influence of the situationists. So, although I first came across the photo roman in 1973 in Italy, the situationists were also using the photo roman, and changing the captions in them, so I was initially very interested by their processes. Also, Chris Marker's 1962 film La Jetée is subtitled “a photo roman”. The idea of changing the captions first occurred to me in the late 60s. So, there were multiple influences. From about 1973 to 1976 I was using a process of recapturing, by playing with a photo roman and changing the words. I found that I was only replacing one kind of legibility with another, so the advent of collage for me was when I dropped captions. Then, I was just interested in the process of manipulating the images themselves. And most of the work in this exhibition was my first experiment with that. 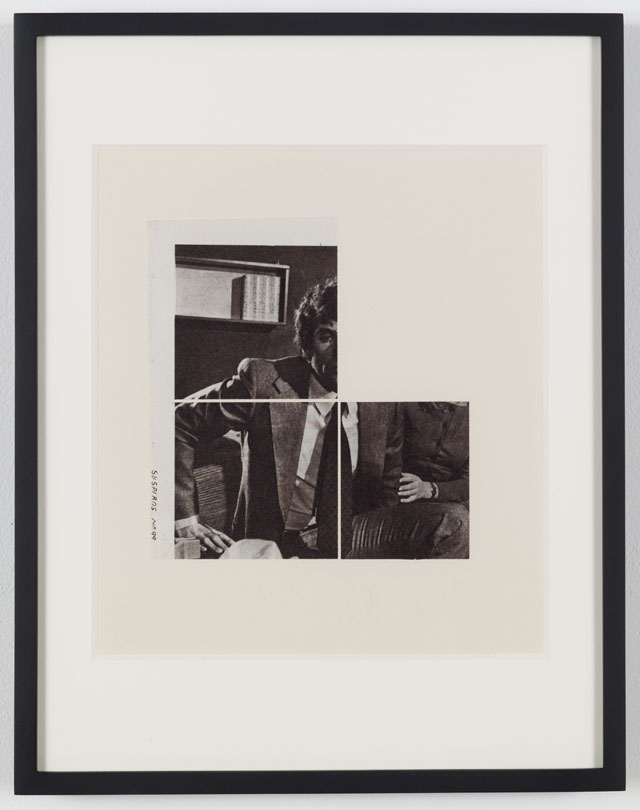 AB: How were you handling the images you selected for your collages? You are known for creating precision and symmetry in the composition, as well as multiple perspectives.

JS: I started by (doing) the more kind of violent tearing. Then I went into using scissors in a rather organic way, and, eventually, I ended up cutting with a knife. I felt at the time that I was trying to create a sort of photographic cubism. But I didn’t know precisely what I was doing. Accidents would occur. I used this tearing and cutting so, by resassembling the images, I was finding my way at collaging. When I was working on these, I came across a quote from Jean Cocteau. He was talking about his first serious cubist collage and he said that it reminded him of the exposed wallpaper in a demolition process – a lot of that was going on in Paris at the time. So these different rooms, with their different wallpapers, were suddenly juxtaposed and brought together. I think I was influenced by doing a similar sort of process with the page of a photo roman. I was breaking down the discrete boxed space of a photo roman’s sequence. Then, gradually, after the first cubist phase, you might say, the work gave way to a more and more surrealistic-type feeling. I was very influenced by that. Max Ernst was very important. The idea of the collage novel and the photo roman – they sort of connected in my mind. 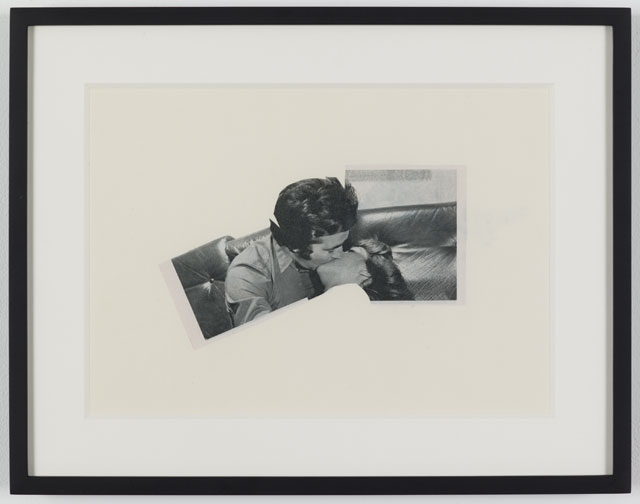 AB: There was a delay between your (physical) discovery of the photo roman in Italy and your first attempts at using these images in your work.

JS: It really took off with the Spanish photo romans. One particular magazine I subscribed to so that I could get multiple copies. I needed the material so that I could play with it. I think the reason I was so interested in these Spanish photo romans is because Spain was still under Franco at that point – a highly repressive regime. Most photo romans, like the Italian ones, and the French ones, were directed at a female audience. But the Spanish ones – although they had romantic stories and all the rest of it – also had stories that often were weird, and slightly sexual in nature, usually with an intrusive male voyeur. He was usually the baddie, who got sorted out by the good guy. 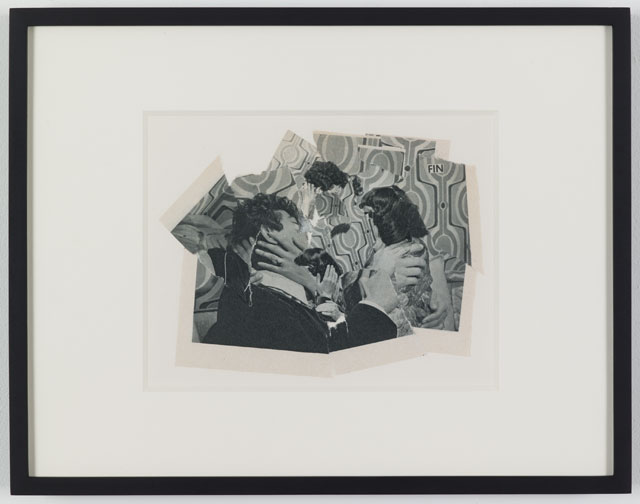 Those were the moments that really interested me. The Spanish were making almost some kind of provision for the male voyeur. There seemed to be an ambiguity and a strangeness about it. Also, bear in mind that I didn't speak a word of the language that was printed, so they were just purely visual phenomena. I think that’s why I hardly used any of the French photos because I understood French. They were too obvious, I knew what it meant. 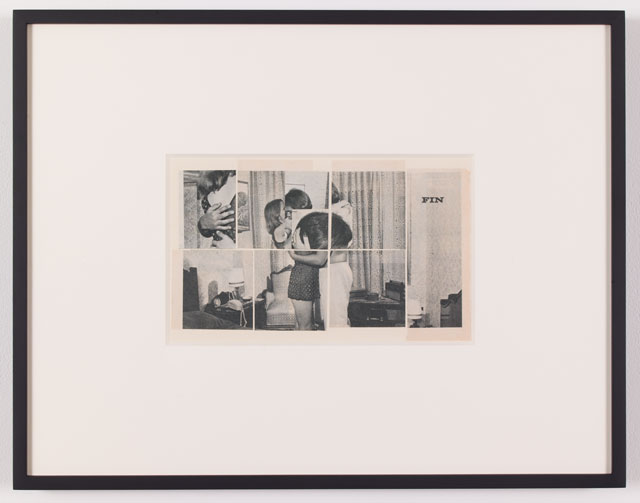 AB: These particular moments – a moment of violation or voyeurism – preoccupied you to the extent that they form the basis of these works.

JS: Yes, but not always. Some have nothing to do with that. I would say that the kiss is key. Most of my work is centred on the image of a kiss. And the kiss is the most ubiquitous image in cinema. Although, while people say that, it is actually more ubiquitous of an image of cinema than in cinema. I found the kiss to be a very interesting image. One of the earliest kiss works in the exhibition is called The Voyeur. It’s that merging between the male and female – the way they have become one head. Her eyes seem to be looking out at you, challenging the voyeur. And instead of her other eye, you see his ear. I find a relationship between the two gestures – of holding, maybe slightly pushing away – and touch: somehow all of the senses are engaged. This unified figure, to me, projects that we are the voyeur. So, I suppose, it’s the image of the third person. When I made The Voyeur, I knew this was something that I had to follow. It was a kind of breakthrough, and you don’t get many of those. 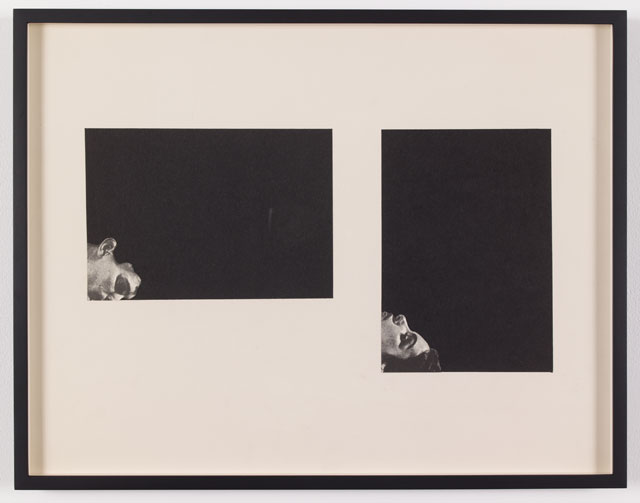 Interestingly, these scenes I am talking about, where you get that moment of male voyeuristic intrusion, often focused on shower scenes. I would often find that moment when she had discovered the voyeur. It’s about that kind of violence. I had been reading a lot of [French philosopher Maurice] Merleau-Ponty at that point, on vision, and he quotes Jean-Paul Sartre on voyeurism – the way that we live in this voyeuristic culture but we’re actually cut off from what we see, and we’re always trying to find a point of intruding back – of making contact with the real. Our relationship with the world is that of the voyeur; we are trying to reconnect with the world. This work – The Voyeur – was the moment where I let all of those ideas go, and just played with the images. Now, when I look back at these images, I’m more interested in what is portrayed by them rather than what I was literally thinking about. Because I was thinking about something different all the time, over those three or four years. As a young artist, I had all kinds of ideas, all of them contradictory.

AB: Do your rearrangements of an original narrative (from the photo roman) create a revised story?

JS: I started off with the idea that that was the case, but I think, over time, I feel the reverse. These works were about de-narrativising the images. So that images that are put to the purpose of telling a story are now being looked at as images in themselves. All of these works were about interrupting that linear legibility in the image. But in so doing, you’re right, there is probably a counternarrative that I’m probably not even aware of now. But I wouldn’t be able to put into words exactly what it is. 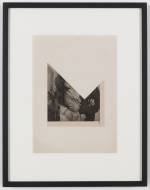 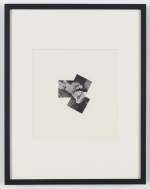 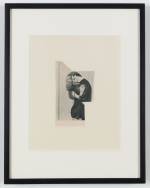