Joan Eardley: A Sense of Place

Joan Eardley: A Sense of Place

During her tragically short career, Joan Eardley concentrated on two contrasting areas of Scotland, which form the focus of this exhibition 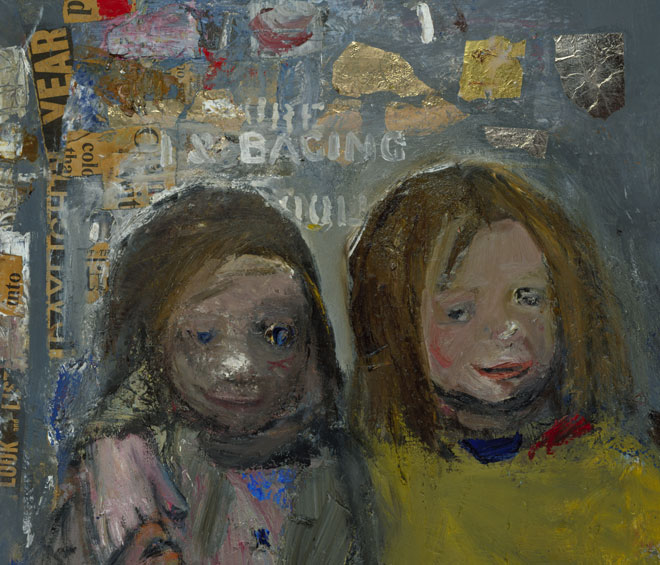 Following her untimely death in 1963 at the age of 42, Joan Eardley’s reputation has grown steadily in the decades since – especially in Scotland, where she lived and worked. Two locations there – Townhead in Glasgow, and Catterline, on the Angus coast – particularly inspired her, and now form the focus of the National Galleries’  exhibition, A Sense of Place.

Although Eardley was born in Sussex, her family moved to Scotland in 1929 after her father, who suffered shellshock as a result of the first world war, killed himself. Together with her mother and sister, Joan moved in with relatives in Glasgow, where she later studied at the Glasgow School of Art, and lived for the duration of her life. It was in the Townhead area of Glasgow, along with the tiny fishing village of Catterline, near Aberdeen, where Eardley developed her distinct and now celebrated style of painting.

Inspired by her contemporaries in abstract expressionism, such as William Gear and Jasper Johns, Eardley integrated their influences in a notably original manner, rooted in the scenes she had long observed in Scotland, while nevertheless unafraid to embrace the seeming anarchy of what was then a radical movement to the Scots and English alike. By combining the freedom of abstract expressionism, along with the familiarity of local places, she invoked a wild sublime in these Scottish scenes that remains unique and arresting.

The places that draw the focus of A Sense of Place seem, at first, to be polar opposites. Townhead is urban and dilapidated. It was a slum in the 50s, when Eardley lived and worked there, full of tenements crammed with poor residents, many of them children, as is evident in Eardley’s paintings, such as Two Children (1963) or Street Kids (1949). The second location, the remote and minuscule village of Catterline, was sparsely populated and surrounded by the natural beauty of the sea and coastline. Nevertheless, Eardley’s paintings pay testament to the stirring similarities between the two locations: the working-class communities who occupied and ran them, and the austere nature of the places, whether windswept or polluted by industrial conditions. In focusing on these distinct but connected locales, Eardley arguably captures a true sense of Scottishness – a weathering of the elements, whether natural or other.

Eardley’s observation of these places is not pessimistic, but rather, in her movement towards abstract expressionism, her vision is playful, surreal and sublime. There is an earthy romanticism to her work that is both tender and wild. Life is rich and small: children read comics and play with broken toys in Glasgow, seeming otherworldly, with their mask-like faces and intense, direct gazes – in Two Glasgow Lassies (c1962-63), for instance, or Two Boys (Glasgow Children) (c1955). In Catterline, tiny figures seem to be mere detritus caught up in the storm, but in a way that recalls the glory of Marc Chagall or the grandeur of Whistler.

Eardley’s interest in these places was, inevitably, a result of circumstance as much as anything more abstract or philosophical, however. Her paintings are testament to her own immersion in these two communities, the choosing of them almost arbitrary. She went to Catterline, for instance, because her friend Annette Soper had a cottage there (which she used for about two years), before becoming attached to the place and renting her own property. This cottage, 1 South Row, was one of only about 30 cottages in the village, and together with those others, became her first interest in painting the place; it was years later that her gaze wandered to the sea and coastline.

This focus on the cottages links her work in an interesting way – the tenements that Eardley had painted in looming colours, like cardboard cutouts, seem to haunt these rural cottages. Later, the landscape took precedence, taking over as a storm does. In Fields Under Snow (1958), the serene blues and greys of the background hills seem dissonant when torn apart by the mass of dark brown overgrowth in the centre of the painting. In Winter Day, Catterline (c1957-60), meanwhile, the row of cottages seems to be sliding into the sea, uprooted by the vivacious sunset and the dramatic, even chaotic earth. And yet a harmony exists in both images; a softness in the light and a resignation to the unpredictability of nature.

Later on, when Eardley suffered from back problems and then the breast cancer that would kill her, immersion in nature served her well. She took to painting still lives, because they were more practical for her, as she could paint them indoors. These works, such as Flowers (1963), recall the paintings of natural scenes from the previous years, creating a whirlwind within a form that lends itself, usually, to something more restrained and domestic. Even from the constraints of a Glasgow room, her work was sublime and joyous and complex. This picture, created the year that she died, brings together the exquisite style she had mastered in short span of her career: seemingly spontaneous, realistic and sublime at once. By never straying very far from the roots of place, which became inextricable from the style that emerged from studying it day by day, she achieved, in this time, a considered and sublime vision of a grounded yet worldly life.