The new minimalism at which Martin has arrived is obvious in the oil paintings on show here, and his series of silver cast works takes his fascination with the properties of accumulated paint and its sculptural potential to a new level 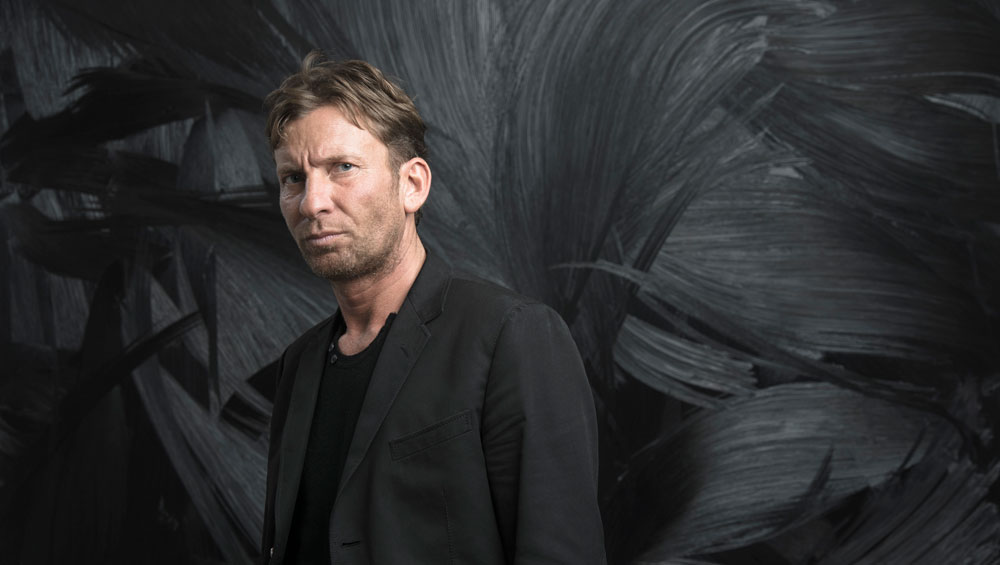 Many painters across history have focused their attention on the sculptural potential of painting, but that hasn’t stopped Jason Martin experimenting in the same field. Drawing on the heritage of abstract expressionism and minimalism, Martin’s work centres on the physical properties of oil paint, and the subtleties of the painter’s manipulation of his medium.

Entering Martin’s seventh exhibition with the Lisson Gallery, visitors are greeted by a set of five large, rather polite, portrait paintings sharing a common composition. Flat, monochrome backgrounds of blue-grey, white and black have been transected by vigorous horizontal brushstrokes running from edge to edge across aluminium and panel supports. These disturbances have introduced complexities of texture and colour, although, despite these interventions, the works remain restrained, their titles derived from the pigments used: Davy’s Grey, Titanium White, Raw Umber, Ivory Black.

To really see what is going on, you have to get right up to the surface. Like artists such as Willem de Kooning or Frank Auerbach, Martin uses heavy impasto to explore and expose the material qualities of the paint itself: approaching the edge, the chaos on the surface of these muted artworks becomes visible. Thin strands of paint are combed across the picture, overhanging the side of the panel in tiny flame-like tufts, while great misshapen clots hang precariously from the area of intervention, disturbing the stillness beneath. These paintings seem like studies in a narrow range of neutral colours, but looking closer at the horizontal disturbances, one can see light greens in the beige, and licks of red embedded within deepest black.

Throughout his career, Martin has demonstrated a preoccupation with the properties of oil paint, and of the capacities it has for recording a full range of marks and strokes, as well as gradual processes such as drying and the effects of gravity. Born in Jersey in 1970, he went on to study at Goldsmiths, University of London, and was first shown at the Lisson Gallery in 1993; this exhibition, 23 years later, sees Martin returning to oils after a three-year hiatus. In conversation at the gallery with artists Fiona Rae and Clare Woods and Lisson’s head of content, Ossian Ward, Martin remarked of the break that he felt that his compositions were becoming too sophisticated, that he was becoming too comfortable with oil paint as a medium.

This context goes some way to explaining the new minimalism at which Martin has arrived: his earlier output, while still largely monochrome, is bursting with saturated colour and almost arabesque in its swirling, intricate details. Martin has placed strictures and limitations on himself in producing these new works: where previously complex implements were required, now a hand brush will do. When previously vivid pigments and mixing mediums were desirable, here we see more delicate studies in neutral colour tones.

The result of this new, soft-spoken aesthetic is a renewed focus on what has always been the main concern for the artist, the central act that forms the genesis of all painting, making a mark, an intervention in what was previously barren, featureless and still. This concern expresses itself in the sharp contrast between the smooth and disturbed surfaces of paint, and the way that these surface areas interact with each other in unpredictable ways.

These are tactile works, the paint heavy and viscous, reflecting the light at sharp angles and rising into meringue peaks. They are not all identical: Martin has primarily used poppy seed oil as his mixing agent here, in different quantities for each artwork. Untitled (Payne’s Grey/Ivory Black) is dense and glutinous, the painter’s horizontal mark a crude smear across the still, oily plane, whereas in Untitled (Coral Orange/Vermilion), one of the smaller works on show and the only work so vividly coloured, the paint is almost fluffy in its voluminousness.

Martin’s fascination with the properties of accumulated paint and its sculptural potential find their best outlet in his Ag series, a continuation of his casts in copper and nickel shown in Milan in 2013-14. On display are six small, glittering silver casts, outlining the shape of haphazardly placed globules of paint against a perfectly flat and reflective surface. These casts are impressive in their detail: brushstrokes are visible in the slicks of paint, rougher surfaces pockmarked with air bubbles.

By transmuting the core gestures of painting into three-dimensional, unmistakably sculptural objects, Martin invites us to consider painting’s building blocks from a different perspective. Visitors may find themselves oscillating between Martin’s Ag series and his larger paintings in adjoining rooms, spotting similar behaviours in the filaments and drooping wedges of paint.

The paintings on display suggest Martin at a creative juncture: undeniably abstract, their portrait format, new for Martin, does suggest some figurative potential. Prominent horizontal lines crisscrossing flat planes evoke horizons, while on a smaller scale viewers will find themselves reaching for geological terms to describe the craggy properties of the dried pigment.

The exhibition’s highlight must be the Ag series. They’re almost childishly fun – sparkling, reflective, jewel-like – and in their aim of inducing the viewer to look at painting from a different vantage point, they succeed with minimal pretence. In the artist’s words, they are his attempts at “making a monument out of an ephemeral mark”. Few artists have taken “painting as sculpture” quite so literally. 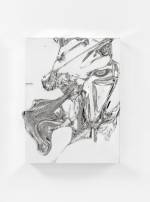 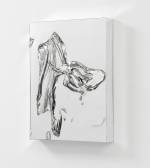 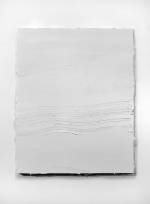 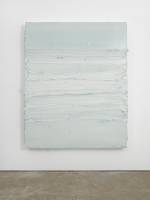 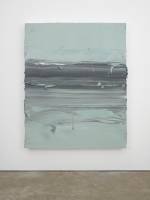 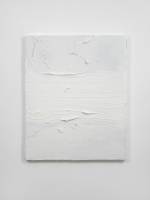 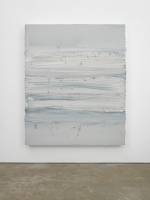 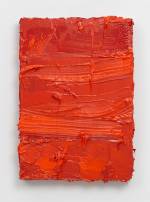 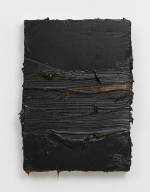