Isaac Julien: ‘I dream a world’ Looking for Langston

Isaac Julien: ‘I dream a world’ Looking for Langston

A new exhibition focusing on the Isaac Julien’s hugely significant 1989 film delves into what made this work such a landmark in African-American and queer studies, through a presentation of newly realised photographic works and rare archival material 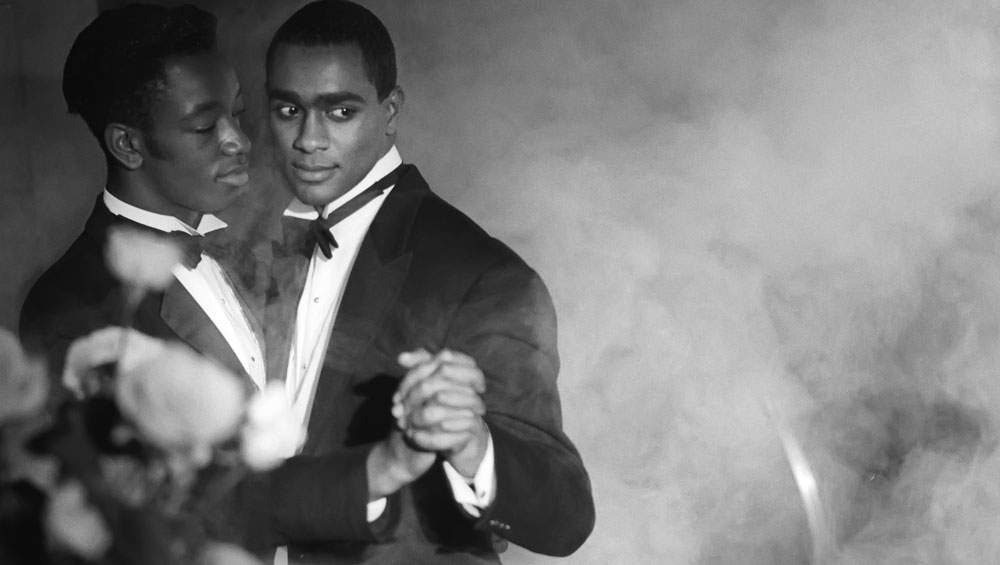 “Out of the little breath of oblivion that is night, take just one star,” said Langston Hughes in his poem Stars (1921). In 1989, British artist Isaac Julien (b1960) took on this lyrical advice from his American hero by making Hughes the star and focus of his influential work Looking for Langston. This exquisitely beautiful monochrome film centres on the life of Hughes (1902-67), peering in on his relationship to his fellow black artists and writers who were part of the Harlem Renaissance during the 1920s.

The film consists of a combination of archival newsreel footage of Harlem during this lively period, and original scripted scenes written by Julien himself. The result is a seamless non-linear impression of what it might have been like to be in the company of the extraordinarily private Hughes. Although he never publicly announced his sexuality, it is widely assumed that Hughes was gay. Known primarily for his offerings as a poet, social activist, novelist, playwright and columnist, Hughes was one of the first black Americans to make a living as a writer. The fact that he never publicly came out as gay makes this illustrious yet elusive figure all the more attractive as a cultural icon.

The importance of Looking for Langston stems from the idea of presenting Hughes as an iconic figure, a cultural metaphor for black gay men who suffer oppression for who they are and whom they desire. A biography of Hughes it is not; rather, it is an essay composed of several narratives exploring the notions of memory, desire, expression and repression from a black gay perspective. The film sees Julien explore the Derridean approach to authorship and to the deconstruction of history, resulting in a culturally empowering reclamation of the past. The film opens with an interpretation of Hughes’s funeral, moving on seamlessly via interspersed archival footage, through to a succession of finely dressed gay black men dancing with each other at what could be described as a speakeasy (an illicit establishment that served alcohol during the prohibition era in the US). Sensual dream sequences showing undressed gay men interacting intimately with each other also feature prominently; owing much aesthetically to the photography of Robert Mapplethorpe and James van der Zee.

Although the exhibition at Victoria Miro Gallery II does not display the film, the photographic pieces on show are just as impactful. When Julien was seeking pictorial inspiration for the film, he drew far more from photography than cinematography. The artist referred to Roy DeCarava’s shots of Harlem, the sensual depictions of the male body by Mapplethorpe, and the homoerotic portraits of George Platt Lynes – as clearly seen in Julien’s After George Platt Lynes, Nudes 1942 (1989/2017). For Julien, though, his “real key to a mise en scènecame from James van der Zee’s portraits’ from The Harlem Book of the Dead (1978).1 This photographic series features images of people who had died, laid out in their coffins, with their loved ones standing next to them. This resonated profoundly with Julien, but why? At the time of shooting Looking for Langston, the late 80s, the Aids epidemic was reaching its height in the UK and the US.

“I was spending more and more of my time going to funerals, thinking about what it would be like to die in one’s 20s,”2 said Julien. The crisis was so widespread at the time, that even several of the film’s actors would later die from Aids, including Matthew Baidoo (who played Beauty), Ben Ellison (who played the young Langston Hughes character) and Jon Iwenjiora (Dancer at Wake), who can be seen in the photograph Pas De Deux with Roses (1989/2016). Julien has described the photographs in this show as “memorial sites”, unveiling painful truths behind the fiction.

The photographs on show provide great insight into how the film was made in terms of staging, lighting, iconography and choreography. At a time when post-punk dominated British artistic circles, it was simply not fashionable to aspire to the beauty that Julien reached for. Looking for Langston was more of a document than a documentary, and this was intentional. As a working-class, gay, black man from east London, Julien felt it necessary to look back at Hughes’s life more from the point of fantasy rather than documentary: “I still feel that documentaries are essentially always made for the middle class … working-class people tend to be more intrigued by fantasy, by stories and narratives.”3 This notion also lent itself ideally to the theme of desire Julien wanted to explore. By presenting the life of Hughes as a thing of beauty and elegance through a lens of fantasy, Julien was able to retain total control of the narrative without room for misinterpretation.

As we embark further into the Trump/Brexit era, the timing of such an exhibition is apt. Like the people involved in the film and the people of the 1920s they portrayed, we live yet again in an age of uncertainty propelled by fearmongering and hate from a select few. The time for a reassessment of the importance and relevance of Looking for Langston has arrived. At the end of the exhibition, a poem from 1926 by Hughes is proudly displayed: “I loved my friend. He went away from me. There is nothing more to say. The poem ends, soft as it began – I loved my friend.” Hughes may have intended this for a particular individual back then. But for Julien now, it is most likely to have been directed at his hero, the star he took with him. 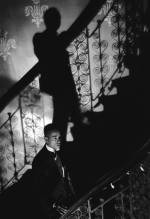