Reflections on the horrors of one of Syria’s most famous prisons have driven Idris Khan to new forms of expression, including bronze sculptures and abstract painting

Idris Khan is not afraid of spending time in contemplation of difficult subjects. But his latest self-imposed assignment has clearly taken him to a very dark place: meditating on the testimonies of the few survivors to emerge from Syria’s notoriously brutal Saydnaya, a government-run prison, where Amnesty International estimates between 5,000 and 13,000 people were executed without trial between 2011 and 2015.

That darkness is palpable as one enters the glossy, generous dimensions of the Victoria Miro Gallery II in Wharf Road, north London. A stack of tall, black pillars looms from the far end of the room: a 4-sq-metre composition of 15 thin, honeycomb and carbon-fibre columns, their crowded configuration and inky presence seems to suck the very light from the air around them – even from the vast window nearby. Cell (2017) alludes to first-hand accounts of prisoners who experienced solitary confinement in Saydnaya, where, in tiny rooms inhabited by up to 15 detainees, they must stand, blindfolded, forced into perpetual darkness. 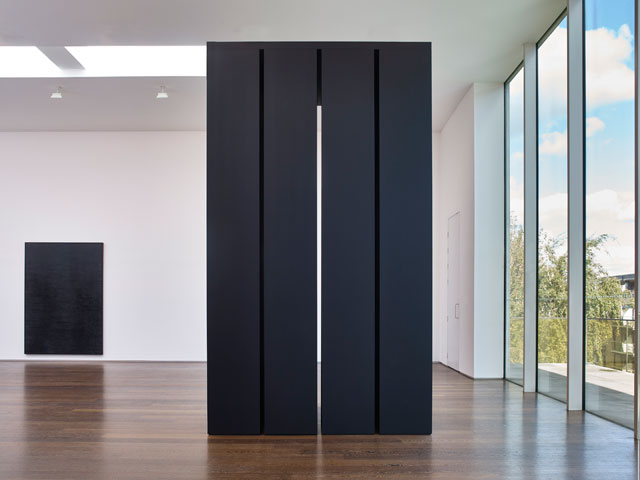 Those who have escaped such conditions, therefore, have little to offer in the way of details. Their sense of the space around them is confined to smell or touch – to counting the tiles on a floor, the bars on the gates, the number of prisoners around them.

This show is steeped in a haunting and heavy sense of deprivation and concentration. In Absorbing Light, 46 (2017), prisoners’ verbal testimonies and Khan’s responses to them are cast in numbers and texts, all over the 46 assorted bronze blocks that make up this large floor piece. Their dense forms conjure up coffins, headstones or strong boxes. The surface ridges of Arabic lettering or numbering are compelling, seductive; as if by touching them you could unlock something to reveal the secrets they contain. At times, the jagged lines resemble cardiograms. Some blocks are laid flat like books; never to be read. The clustered runnels also evoke road markings – like something flattened and driven over by a great, oppressive force; all of these references resonate. 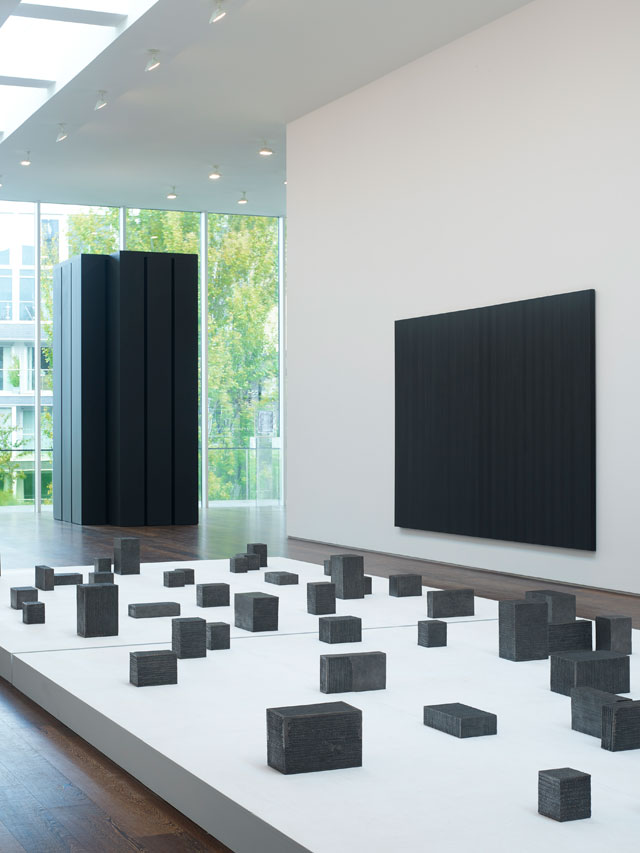 Three large, vertical monochrome paintings stand guard to the left of this work. Titled The Pain of Others (No 1), (No 2) and (No 3), (2017) their inky backgrounds are covered with layer upon layer of large-scale stamped words, all English, but almost entirely illegible. It is an unnerving spatial experience looking at the closely printed black on black texts: so many layers packed into two dimensions warps your sense of perspective and your own orientation to these huge canvases, their bulk broken down into thousands of fragmentary snatches, multiple voices, disconnected, and ultimately silenced.

Bronze sculpture is new for Khan – it is as if the weight of the subject drove him to find a more monumental, hefty material in response. New, too, is entirely abstract painting: a single work hangs horizontally to the right of the bronzes. Forty Seven (2017), a 3.5-metre work of black on black stripes. Silken and smooth, these stripes set up a visual rhythm, like a luxurious woven damask; they are at the same time sensory deprivation and saturation, with a menacing undertow of incarceration.

A number of ghostly text works on Japanese paper have been cast in wax to create a translucent effect. They are displayed up close to the rear window, sandwiched between Plexiglas plinths, to highlight their ethereal, insubstantial quality. 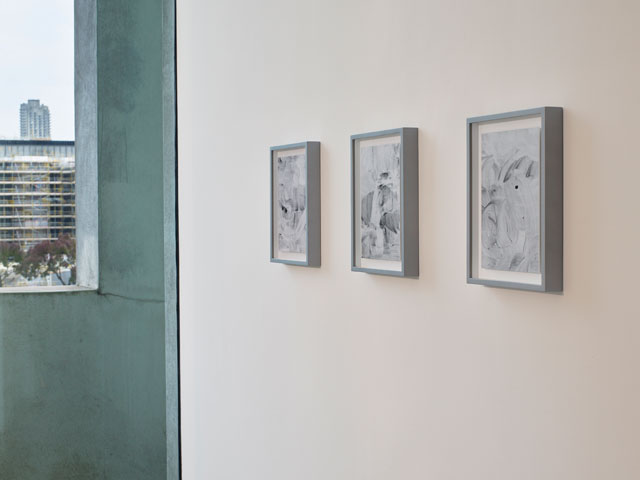 But perhaps most haunting of all is the set of framed pages from musical scores – 21 pages in all – hence its title, Rhythms 21 (2017). In these, all the meaningful musical notations have been censored with vigorous horizontal stripes of black oil paint. You know the music is there, but you will never see, read, play it – or hear it.

It is a show that should carry a mental health warning: do not enter if feeling weary or saddened by the world around you. But as an evocation of man’s greatest inhumanities to man, it is subtly shocking, visceral and bleakly beautiful. 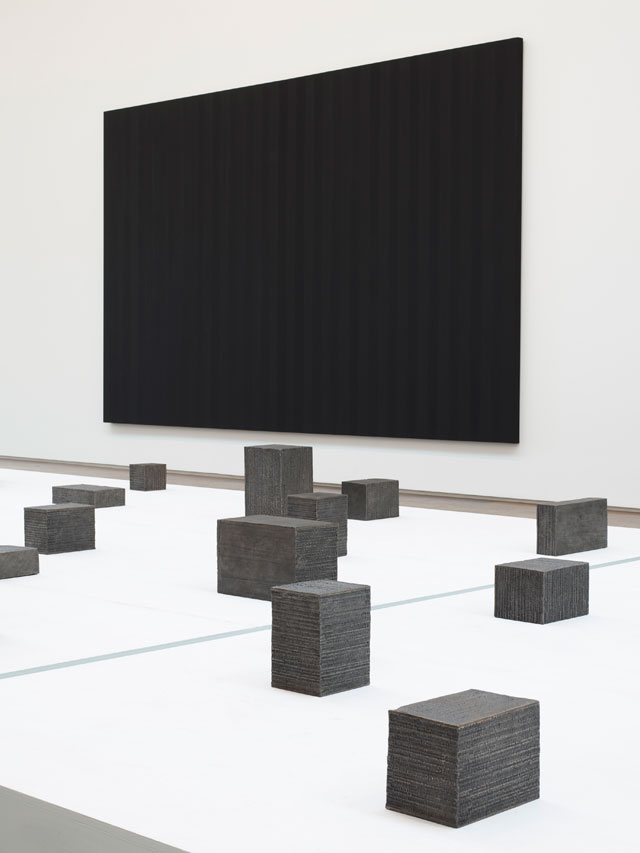 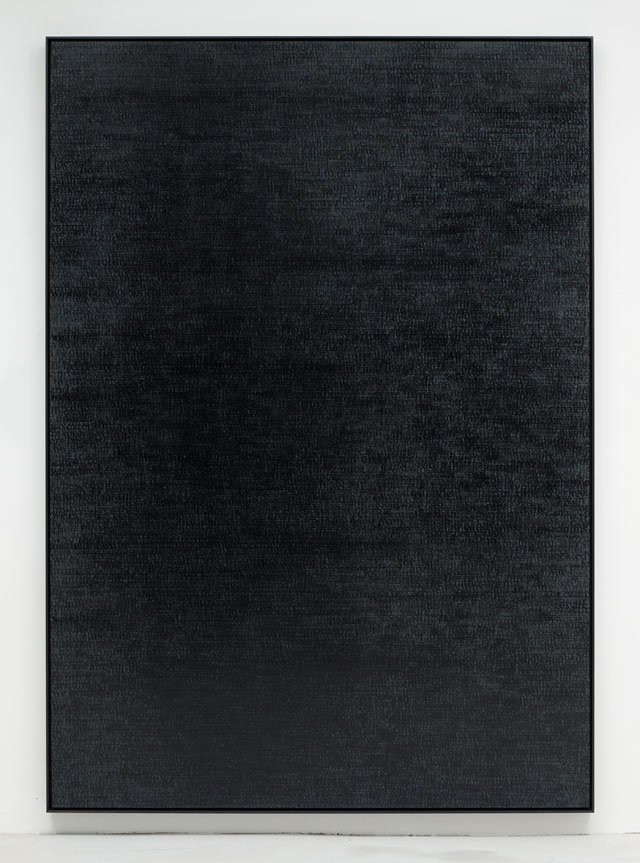 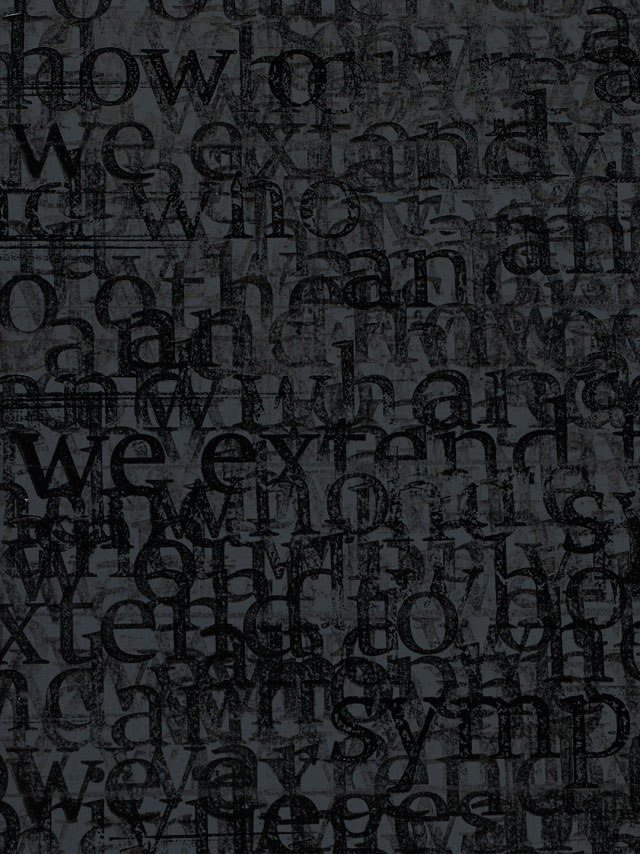 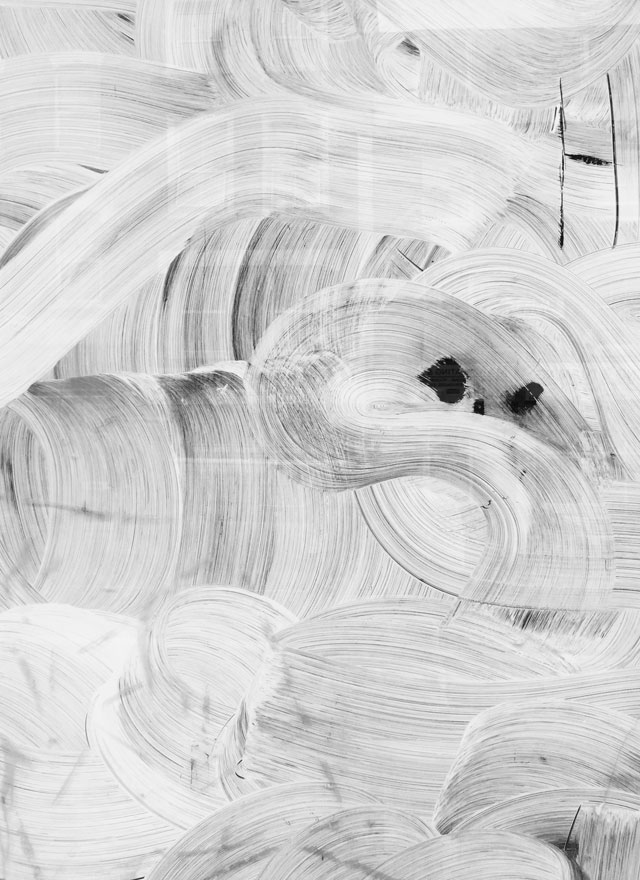