Henri Scars Struck: ‘It was interesting for me to have a physical space to represent something that is completely abstract’

Henri Scars Struck: ‘It was interesting for me to have a physical space to represent something that is completely abstract’

Henri Scars Struck, the French music composer known for his meditative sonic experiences, discusses his soundscape for the Crow Collection of Asian Art in Dallas, which charts the journey of a soul 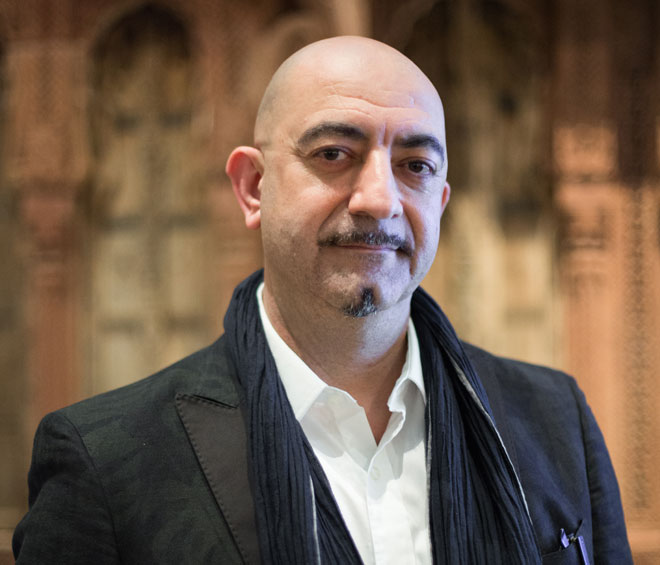 Henri Scars Struck grew up in France listening to 1980s pop music, and immersed himself in the music scene in London before moving to New York in the 90s, where he has been based ever since. His career to date has been rich in collaboration; he has written, produced and recorded music for artists and fashion shows, as well as films, exhibitions and art installations. His body of work encompasses a multitude of styles, from electronica and hip-hop to classical and ambient.

The composer’s most recent work, a soundscape titled We Know You’ve Got Soul, premiered as part of this year’s Soluna, an annual three-week arts festival in Dallas that brings an array of international artists to the city. Struck’s work occupied the galleries of the Crow Collection of Asian Art, responding to an exhibition of paintings and drawings by Arnold Chang and Michael Cherney, who work collaboratively, as well as the numerous objects in the Crow’s collection, which includes various periods and styles, from Chinese jades and Buddhist sculpture to Japanese crystal spheres and screen paintings.

Struck’s composition was inspired by sacred scriptures, as well as private experiences, including the death of his father. Charting the journey of the soul, Struck envisages the various transitions throughout life, each stage being represented within one of the eight galleries at the Crow.

Allie Biswas: How would you define the role that a soundscape can play within an art institution?

Henri Scars Struck: I am creating moments with music, trying to make people breathe a little bit in their lives. It relates to a bigger discussion about how we consume things, and what we decide to do with our lives. These moments apply to different places – hospitality, business, airlines, retail. How is the experience of shopping at H&M compared with shopping at Zara? And what does each experience consist of? I believe that music is not only a necessary thing, but something that has a powerful effect on the brain, just like smell. The visual does not impact us in the same way.

AB: When you talk about providing a moment for people to breathe, is this a comment on how inundated we are with information and choices?

HSS: We forget how powerful music is because we are bombarded with content. It’s a problem to make a choice about what you are doing to do – this video, this music, this article – but it’s obviously great in many ways as well. But because of this context, sometimes all I really want is to try to make people … “Sshhh”. Just five minutes. It is my goal that people have that moment. And sometimes, with brands, it’s also a really powerful tool for them to differentiate themselves, because if you do something that is powerful, it means that one of your clients or guests is having a great moment, just for a few seconds or a minute, and they link this moment to the brand. It’s called loyalty. I’ve done that many times for different projects. It’s precious.

AB: Prior to the soundscape you created at the Crow Museum, you worked on some other comparable projects. Can you tell me about those experiences?

HSS: I have worked on many installations. I worked with a lighting designer on the Notre Dame project for the 2010 Nuit Blanche festival in Paris. For years, he had wanted to change the light in Notre Dame – to switch off everything on the outside of the building and have light existing only within it. For four years the archbishop had said no! Then, finally, he agreed. So, for one night only, the exterior of the church was in complete darkness, while a light feature was placed inside – it was like a heart vibrating, from low intensity to high.

Another important project was Nuit de Chine at the Grand Palais in Paris in 2014. This was an occasion to mark the official celebration of the 50th anniversary of diplomatic relations between France and China. The Grand Palais is a fascinating piece of architecture and absolutely huge. I was commissioned by the French government to compose a piece of music for the piano and also the Guzheng – a Chinese zither. The French and Chinese governments were there, sitting side by side.

AB: I understand that you recently created a soundtrack for a Dalí exhibition.

HSS: Yes, last year I created an original soundtrack for an exhibition of Dalí’s sculptures at Le Méridien Ra Beach Hotel in Barcelona. It was the first time that 38 of his sculptures had been brought together, so it was very special. I wrote the score for the audio tour that visitors listen to through headphones. Headphones isolate people – they are in their own world, which is different from the music I have written to be played in individual rooms. And, because it was Dalí, I thought the music could be a little crazy, a little electronic.

AB: How did your project for the Crow Museum of Asian Art come about?

HSS: I met with Muriel Quancard, Soluna’s curator-at-large. I had known her for a couple of years and she had been following my work during that time. She contacted me in October last year, suggesting that there was a project that we could potentially work on together. She had seen my work at the Grand Palais – with the piano and Chinese zither – and I think that had made an impact. Muriel started to tell me about the exhibition of Michael Cherney and Arnold Chang, and I was presented with some images. I thought the work they were making was beautiful. For me, it is extremely important to see the space that I am being asked to work within, so I knew that I would have to go to Dallas and see the museum.

AB: What were your first impressions of the building?

HSS: Well, at the beginning stages, I was thinking about the exhibition – the work I had seen by these two artists – but when I arrived at the Crow, I was looking at the works in their collection, and was also thinking about the entrance. The Samurai room, which ended up being where my soundtrack started, is actually quite small. But then I came across the staircase, and when I saw the steps, I just suddenly had this realisation about death as a concept for my soundtrack. It was an epiphany. I climbed the stairs and went to every room in the museum. The stairs go to every floor, which connected with my idea about the journey of the soul.

AB: Your work is titled We Know You’ve Got Soul. Were you referring to any personal experiences or beliefs when creating the composition?

HSS: The soul is something that is very abstract for people. As someone who is Jewish, I have been studying a little bit, looking at the scriptures of an 18th-century rabbi from the Ukraine. In Judaism, we believe in reincarnation. The soul travels from this world to the next and comes back sometimes. There is a mission on Earth – we are here to do something. Based on our actions, some things happen or they don’t. I lost my dad a year and a half ago, and, certainly, his death inspired this work. In Judaism, when someone dies, you must do a morning prayer every day for a year after their passing. In doing this, the soul becomes higher, meaning closer to God. That was a very significant moment for me, going to the synagogue every morning. In these moments, you find yourself. This idea of saying “We know you’ve got soul” is like … maybe if we all believed that there is something that comes after life, this would change how we behave right now. This has been an important thought for me during the past couple of years.

AB: The journey that you create for the soul traverses through eight galleries. The first room of the museum, the Samurai Gallery, contains the first segment of the soundtrack, entitled Before. This is based on static sounds, which reminded me of the sounds associated with electrical equipment. The most jubilant part, for me, was segment three, The Passing, which you hear at the first staircase.  Here, there are sounds we associate with being alive: a human heartbeat, Wagner’s Bridal Chorus, a baby crying. This stood out, in particular, as well as the penultimate room, Eternal Rest, which is also physically a very grand room, containing strong examples of Indian architecture. This part of your composition is based on a selection of voices, speaking in different languages.

HSS: Yes, you arrive at the Eternal Rest room, and hear the voices of 62 people speaking in 32 languages. They are talking to those close to them who have departed. Everything was improvised – I didn’t want anybody to write something beforehand. I wanted them to talk freely to their parents, their grandparents, their friends.

AB: How did you select the participants?

HSS: I knew about a third of the people, and then it became friends of friends. We were looking for different sounds – various accents and languages. People were surprised to hear about the concept, and many thanked me afterwards for giving them the opportunity. The recording is 47 minutes of people talking. It’s a beautiful room in the museum, each story that is relayed is amazing. I think it’s taboo to talk about death, people are afraid of it all their life. It was interesting for me to have a physical space to represent something that is completely abstract. Given this, the Jade room in the museum was especially pertinent for me – in Chinese traditions, they often bury people with jade.

AB: What kinds of conversations did you have with Cherney and Chang?

HSS: It wasn’t really a conversation. They made their art for the exhibition, and I was making the music. It wasn’t an interaction artistically. But in terms of impact, I loved the idea of imagination in their work. Michael will take a picture of a real place, but you don’t know where it is. He doesn’t specify what or where it is. Then Arnold will finish the picture using his imagination. I liked this notion of there not being a limit. When you start to ask a question, there is suddenly less freedom because you know to expect an answer.

• We Know You’ve Got Soul premiered at the Crow Collection of Asian Art, Dallas, between 16 May and 4 June as part of the Soluna International Music & Arts Festival 2017 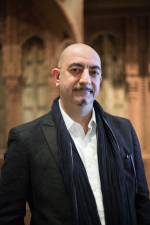