In a project looking at how philanthropic giving to arts and culture can become a social norm in every 21st-century city, some of Europe’s leading private collectors are showing works – from Jake and Dinos Chapman to Fiona Tan to Marcel Duchamp – across Sheffield

In January 2012, Museums Sheffield – the charitable trust responsible for the running of the city’s Millennium, Graves and Weston Park galleries – had its application for £4.2m of Arts Council funding refused. The city’s vibrant cultural life has remained threatened by such cuts; in one high-profile response, Jarvis Cocker loaned to Graves Gallery his own Damien Hirst painting, Beautiful Morana Dysgeusia Painting for Jarvis (with Diamonds).

Graves Gallery has a long tradition of such philanthropy; the building – which also houses the city’s public library – was established in the 1930s by JG Graves, an art collector who made his money from the mail-order catalogue industry. It is fitting, therefore, that Graves is at the centre of Going Public, a creative initiative developed by Mark Doyle and Sebastien Montabonel to “ask how philanthropic giving to arts and culture can become a social norm in every 21st-century city”. Going Public presents mini-exhibitions in five spaces across Sheffield, each stand-alone, and curated from the private collection of a leading European collector. The aim, according to Kim Streets, chief executive of Museums Sheffield, is to “demonstrate that Sheffield has ambition for art, and demonstrate art’s instrumental role in the economic agenda for the city, and its role in the future of great British cities”. The result is a whistle-stop tour of 20th-century art, an affirmation of the wealth of private collections, and a rare insight into the nature of collecting itself.

Across Site Gallery and the Sheffield Institute of Arts Gallery (SIA) are displayed works by leading contemporary Cantonese artists, from the collection of Paris-based Dominique and Sylvain Levy. The works explore the transformation of Southern China’s rural Guangdong Province, formerly known as Canton, a region of fishing and farming villages that has become one of the fastest-expanding areas of the world.

At Site, the satirical video installation Onward! Onward! Onward! (2006) by Jiang Zi shows three presidents (Mao Zedong, Deng Xiaoping and Jiang Zemin) running forward in slow motion, sweating heavily, yet never advancing – a well-executed, if not terribly original, political metaphor. This loop is silent, but infiltrating the space is the sound from the next-door gallery, which presents 1, 2, 3, 4 (2005) by Zhou Tao. This film shows staff from various factories and offices in China performing their morning exercises. Chefs line up to march on the spot at their workstations, while air hostesses in short skirts and heels jog in crocodiles down the street: its incongruity is amusing, its militaristic regularity – the camera changing scene and angle in time with participants’ chanting – strangely mesmerising.

Videos on show at SIA more explicitly criticise the imposition of government ideology on the everyday lives of citizens; many are made by the artists of the Big Tail Elephant Group, a Cantonese collective formed in the 1990s in response to urbanisation. In One Hour of Pleasure (1996), performance artist Liang Juhui films himself taking over the lift of a building site and playing video games inside it, while the bemused workers, stalled in their construction, sit aside. The world of video games and alternative realities – a pertinent image for those seeing their city so rapidly changing – is evoked also in RMB City (2008) by Cao Fei, in which a video loop and big banners immerse the viewer in the surreal, childlike, sinister cityscape of the artist’s virtual world, created within the online game Second Life: a giant panda floats suspended from a crane, huge wheels threaten to crush rooftop pools, buildings burst into fire and a train soars into the air from the top of a helter-skelter.

This interplay of order and subversion resonates with the exhibition at Millennium Gallery, drawn from the collection of Nicolas Cattelain, which focuses on minimal and conceptual art from the 1960s to the present. Materiality, light, space and the involvement of the viewer unite the works on show; Anthony McCall’s Meeting You Halfway II (2009) projects an ethereal beam of light across a dark room, which dissolves as the viewer walks through it, simultaneously present and absent. Similarly, one can walk through the ghostly translucent passageway of Do Ho Suh’s Wielandstr 18, 12159 Berlin (2011), a disconcerting life-size reconstruction of an apartment, complete with doorknobs, lightshades and a phone with dangling cord. The firm lines of François Morellet’s participative piece 49 Panneaux Permutables (1972) – here displayed publicly for the first time since its conception – can be rearranged to form geometric squares and triangles, while the fluorescent white tubes of Dan Flavin’s Monument for V Tatlin (1969-70) stand opposite Sol LeWitt’s Serial Project #1 A 6 (1967) – the neat white cube forms made the year before his Manifesto on Conceptual Art proposed: “The idea itself, even if not made visual, is as much a work of art as any finished product.”

All Conceptual art – perhaps all contemporary art – owes a debt to Marcel Duchamp, and Graves Gallery features works from the 20th-century avant-garde collection of Egidio Marzona, surrounding Duchamp and his relationship to dadaism and surrealism. The emphasis of this collection is not only on artworks but on related ephemera – letters, contracts, posters, publications – and the exhibition includes the catalogue for the International Exhibition of Modern Art, organised at the Brooklyn Museum in 1926 by the Société Anonyme (formed by Duchamp, Man Ray and Katherine Dreier), as well as a rare copy of dadaist magazine The Blind Man no 2. Alongside works by Man Ray, André Breton and Kurt Schwitters, the standout piece is Duchamp’s Boîte-en-Valise (1935-41), a suitcase or “portable museum” including miniature reproductions of Duchamp’s works, among them Fountain, The Large Glass and Nude Descending a Staircase. (The version presented here used to belong to Andy Warhol.) Reminiscent of an old-fashioned salesman’s case of wares, the work questions the importance of originality, of viewing art in a gallery space – an oddly subversive message, given Going Public’s emphasis on enabling this very thing. There’s also a rare opportunity to see Duchamp’s first drawing – a simple line sketch of the Sacré Coeur, made when he was an 18-year-old art student in Paris.

Across at Sheffield Cathedral – a home for Christian worship for more than 1,000 years – are works from the collection of Patrizia Sandretto Re Rebaudengo. In the Chapel of the Holy Spirit hangs Jake and Dinos Chapman’s Cyber Iconic Man (1996), an upside-down, mutilated mannequin, spurting gore from his lacerated wounds. The dean of the cathedral, Peter Bradley, agreed – bravely – to show the work in his cathedral to “consider whether non-Christian art can speak in new ways in a Christian environment”; flanked by a relief of saints including the martyred Saint Bartholomew, the grisly sculpture becomes a visceral comment on religious violence, playfully daring viewers to flinch. Around the ancient cathedral, a sound-piece by Susan Philipsz pipes ethereally over the organ, while works by Fiona Tan, Douglas Gordon and Berlinde de Bruyckere dramatise themes of identity and transformation, simultaneously drawing on and adding to the church’s reflective atmosphere. Goshka Macuga’s prescient Plus Ultra (2009) confronts viewers as they enter: the tapestry shows the G20 leaders contemplating the Pillars of Hercules and Rock of Gibraltar, while a boat of migrants sails by; in the top right corner of the sky, in an enclave in the style of a religious icon, is an apocalyptic vision of the twin towers alight.

The huge variety of Going Public makes the project a tantalising taste of the wealth of private collections: though the works on show are of a universally high quality, the snapshot offered cannot do justice to the collections’ breadth or depth, or to the eclecticism of the collectors’ tastes. The project will host a summit next month to discuss the way private and public collections can work together in future – Marzona’s collection is gradually transferring to a purpose-built Berlin museum, while Sandretto Re Rebaudengo has established a foundation to help emerging Italian artists. In the meantime, this is an exciting opportunity to see some brilliant works up close, and ensure that Sheffield, cuts aside, remains firmly and deservedly on the country’s artistic map. 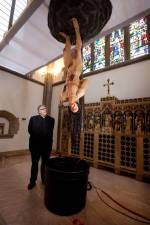 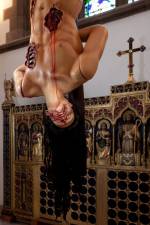 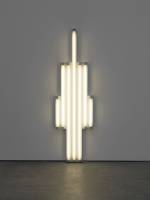