This exhibition sets out to explore the significance of life drawing and the life class in art practice, but the real joy of drawing is largely overlooked 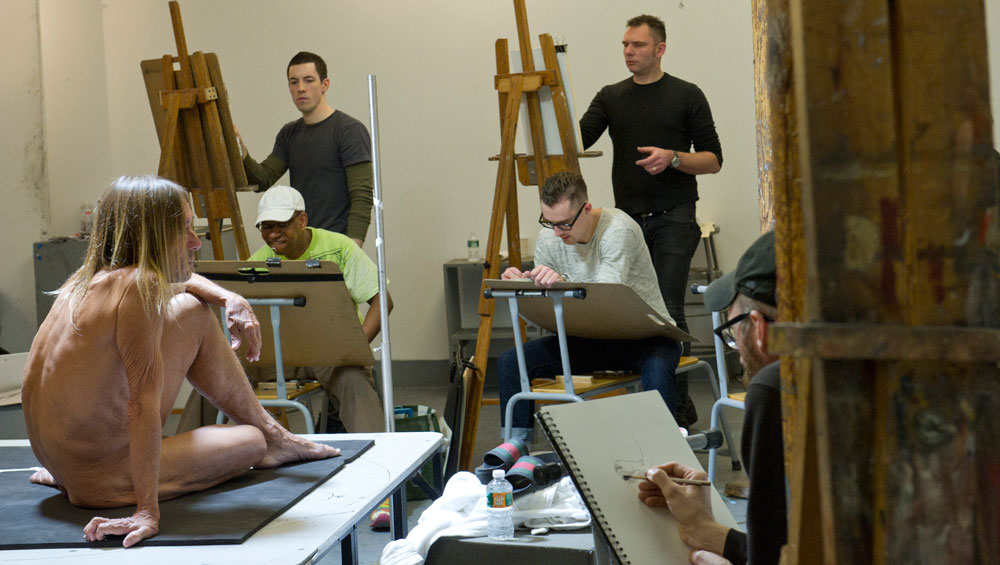 Life drawing once went hand in hand with anatomy lessons and the slavish rendering of plaster casts of classical statues. This, I would wager, you already know. You might also be aware that, until the closing years of the 19th century, women were barred from most of the art academies of Europe because it was deemed improper for them to gaze on the naked body of a man. Instead, aspiring female artists were handed a watercolour brush and pointed in the direction of the geraniums. That is not to say that every woman accepted this course, but if you could not accurately draw the musculature of a man pertaining to throw a discus, then you would not be taken seriously as an artist. Art has changed, society has changed, and, as this exhibition demonstrates, technology has changed. So what can we learn about drawing from life that we didn’t already know? 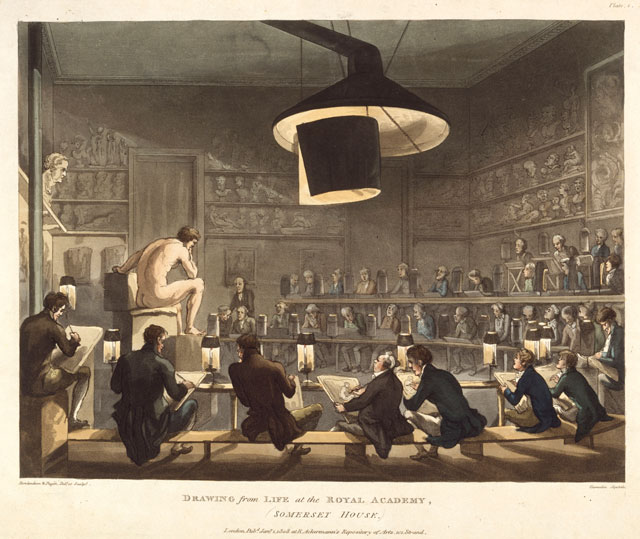 This exhibition takes its leave from the academic life drawing classes of old, not with examples of their output, but with paintings of 18th-century wood-panelled classrooms teeming with bewigged students studying muscular torsos. And, from there, we are catapulted to the modern day via a couple of unremarkable studies by Lucian Freud. Half a plaster cast of Antony Gormley’s body stands in the same room – there are two more works by him in this exhibition, one in which his body is mapped by pinpricks of virtual light on a screen, and the other with rusty blocks.

The lion’s share of this exhibition is given over to Jeremy Deller’s project that sees Iggy Pop the subject of a life drawing class at the New York Academy of Art. The long walls are lined with pencilled attempts at this lithe, leathery and famously frenetic pop star. Likenesses vary and many of the drawings are tethered to prescribed styles, too shackled by desired effect to see freely and truthfully. But learning to see lies at the heart of the matter and is not something that always comes easily. One version of Pop seated, as though he were a wizened wizard presiding over a gathering of druids, stands out for its tremendous assuredness in ballpoint pen.

A similar project, by Chinese artist Cai Guo-Qiang, who is perhaps best known for his colossal 2016 work, Sky Ladder, sees a class of Chinese students drawing a cast of the head of Michelangelo’s David. In One Thousand Youngsters Drawing David (2010), the camera negotiates a tangle of easels, capturing not only the works in progress, but also the various expressions that flicker across the students’ faces. Cai projected the film on the natural screen of a marble quarry in Carrara, Italy – the very place Michelangelo sourced the raw materials for his most celebrated statue. 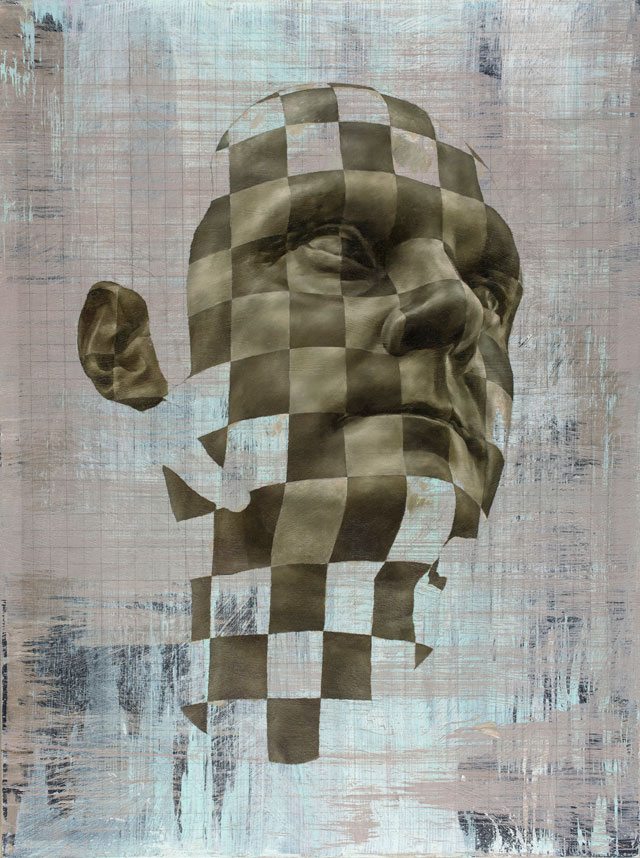 In the same room as Cai’s absorbing video piece, there is a collection of other works that succeeds only in confusing the whole exhibition. Two classical casts painted with Yinka Shonibare’s batik patterns, their heads replaced by globes, accompany a bust by Jonathan Yeo, in which his own head is recreated using “virtual brush strokes”, made possible by Google’s Tilt Brush technology. These “brushstrokes” have been translated into bronze and the result is disappointingly conservative. In truth, it looks like something that might grace a water fountain outside a shopping centre. Technology, it seems, does not mean innovation. 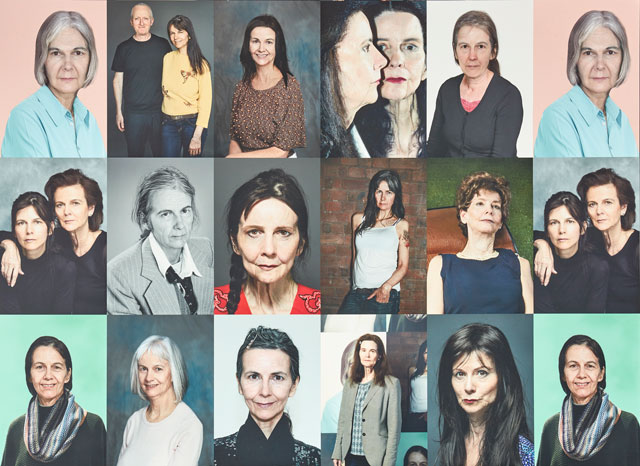 More computer-guided work takes the form of a wall of Gillian Wearing’s digitally aged face, so that we might see what she looks like when she is 70. It is interesting and the technology is clever, but it feels as though it belongs in a different exhibition. Downstairs, you can try on virtual reality headsets that allow you to walk past Shonibare’s works in the setting of an Italian palazzo or scribble in mid-air with an electronic wand, which while entertaining for a minute or two, feels like little more than a gimmicky tangent.

It is the concluding room of this exhibition that helps to satisfy the appetite for the artist’s hand. Humphrey Ocean’s Life Drawing (1971) is a simple sketch, but it marked a seminal moment in his artistic development. As a student, he endured a four-day life drawing class taken by Ian Dury, who wanted to encourage participants to really look at what was in front of them, to draw what was there and not what they thought they saw. Ocean’s line drawing of a woman betrays all the struggles of translating another human on to paper. He can’t decide on the height of the neck and doesn’t quite manage the tricky hand that required foreshortening. The legs have been erased and redrawn longer with painstaking precision and the whole page records the process of trial and error and the tension between the real and the imagined.

On the opposite wall, Chantal Joffe struggles with her own body, examining the awkwardness of naked flesh with superb energy. Five paintings, four of which are tiny, record her sitting, standing and squatting, apparently unsure where to look or put her hands. These paintings are about both the female experience and the individual character. They are messy and awkward and full of texture and life. Joffe is in good company with Jenny Saville’s drawing, made from photographs taken at the birth of her first child. The raw immediacy of the moment is captured in the child’s gaping face, which is confused by an eraser into a shrieking blur. This is another example – if one were needed – of the organic intelligence of the artist’s touch, the subtle translation of feeling into quivering lines.

I find myself wondering about the curatorial conversations held at the conception of this exhibition. Life drawing is, perhaps, a difficult idea to market. Maybe it seems too dry, too old school, which is why they felt the need to add computers into the mix. And perhaps, in this 250th anniversary year of the Royal Academy, the curators sensed a need to demonstrate that the institution is moving with the times, that it is still relevant, that it can be cutting edge.

Drawing, it is true, has moved beyond the need to render a perfectly foreshortened arm, but I can’t help feeling that in overestimating a hunger for software in drawing, the curators have missed a trick. It is true that there is a wondrous world of computer art emerging –interactive algorithms, software programs that learn and evolve, technology that allows us to make bigger, more exciting leaps forward. But drawing, painting and sculpting by hand, from life, is the perfect antidote to the digital age. It is the balm that soothes our burning eyes. It is the personal touch in an impersonal world. And that is something worth celebrating. This exhibition was the perfect opportunity to do so. 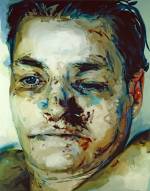